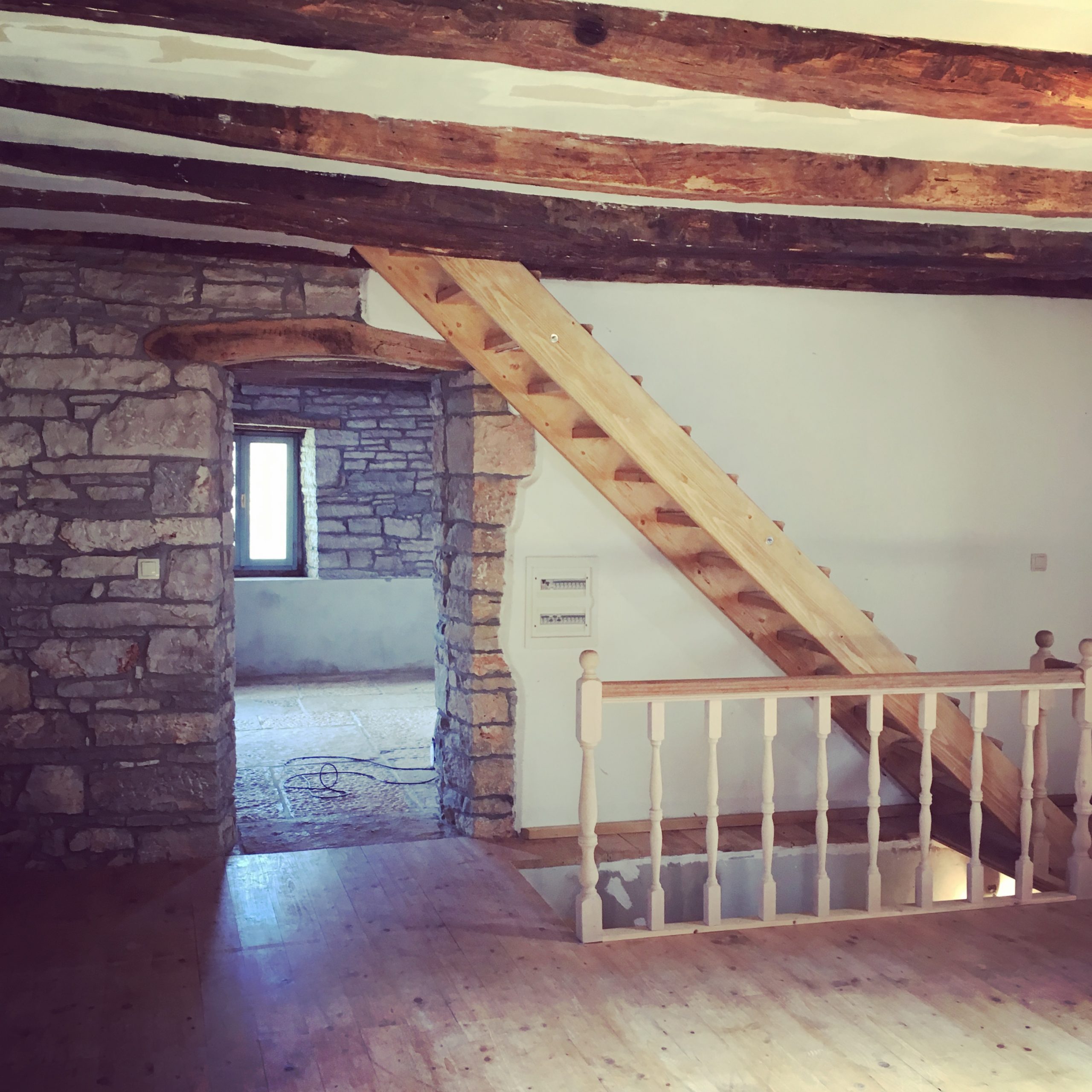 Original stone walls, when we moved in, partly exposed and partly plastered.

Throughout the house, in most of the rooms – apart from the ones we have totally taken apart and renovated – there is still evidence of it being an original Istrian house. A lot of the walls are either fully plastered, or at least, partially. And where they are only partially plastered, we’ve painted the original stones white, so that the rooms have more of a contemporary feel. 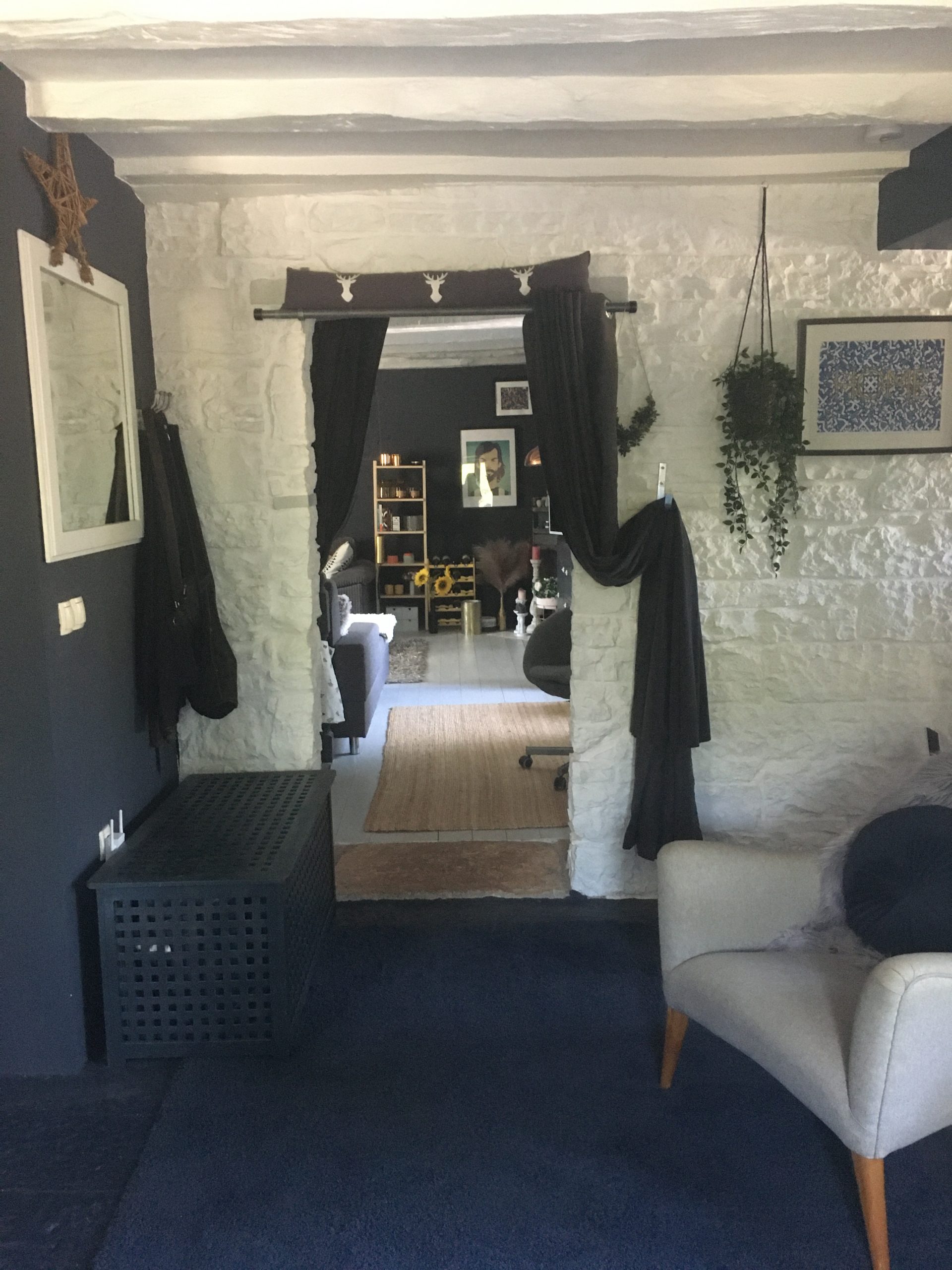 We did start renovating the walls some years ago, when we had a false wall constructed in the Well Room, with insulation, over the stone wall. The intention was to go through the house, repeating the process, but as with all renovations, unexpected tasks always take precedence. 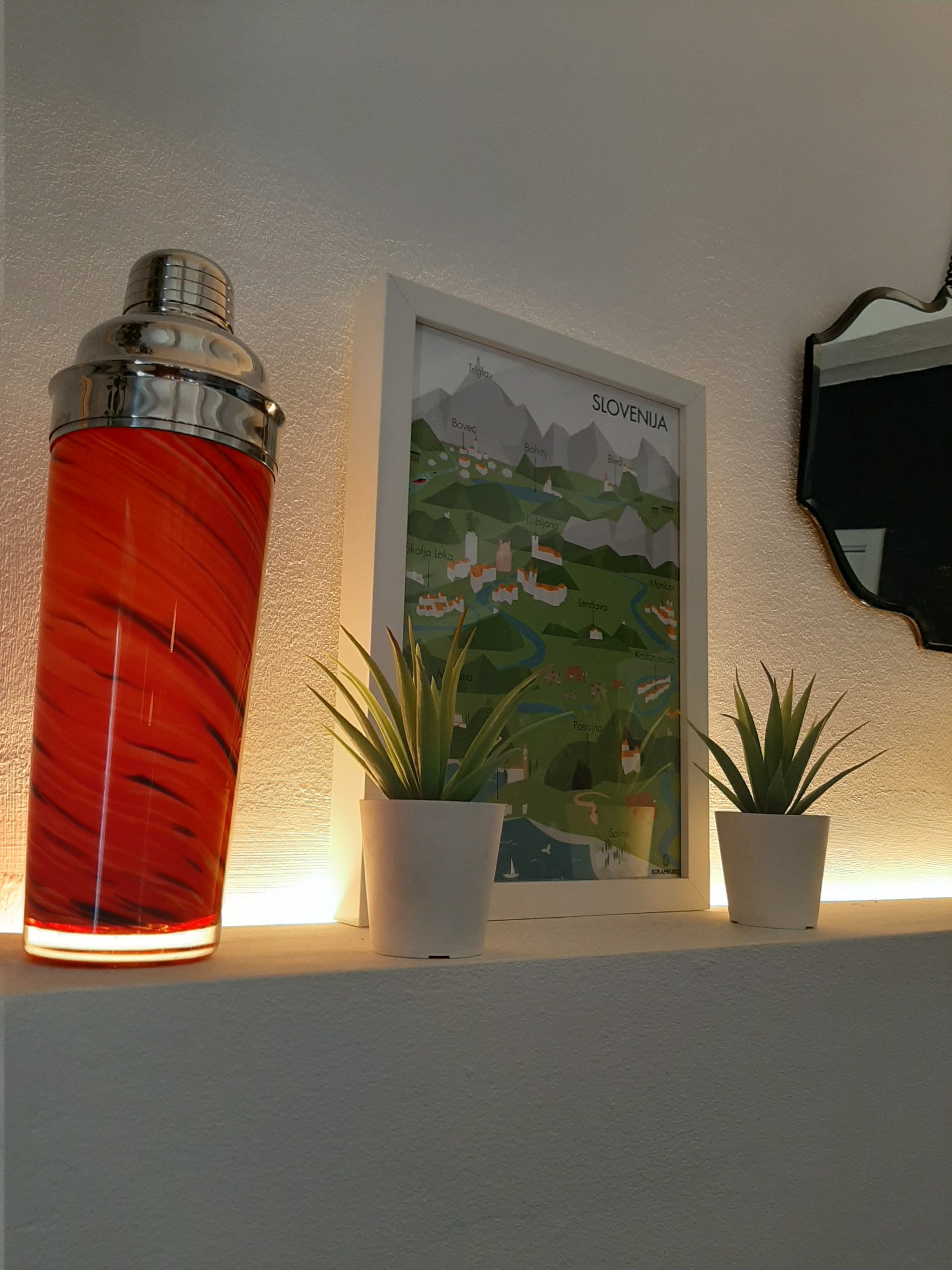 So, here we are, still where we were. Admittedly, not with bare stone, which I quickly started to dislike because it was dark and made the rooms feel cold, but even when whited out, still not really what I wanted. So, the decision has been made, and the plastering of the bulk of the remaining stone will be done over the winter. I say “the bulk”, because we will leave little nods to the origins of the house, here and there – but as features, rather than the predominant look.

The Well Room will hopefully be the first room to be tackled, as it’s the room with the most exposed stone. We’ll also be doing something quite controversial but more of that later, as we’re still working on the practicalities. Because none of our walls are straight, we’re going to hopefully go with the wonkiness of the house and not get caught up in, and stressed by, the fact we don’t live in a box. So the walls won’t be perfect – but the plastering will. And the next thought process is whether we go for plaster with a pigment, rather than doing a big re-paint job… 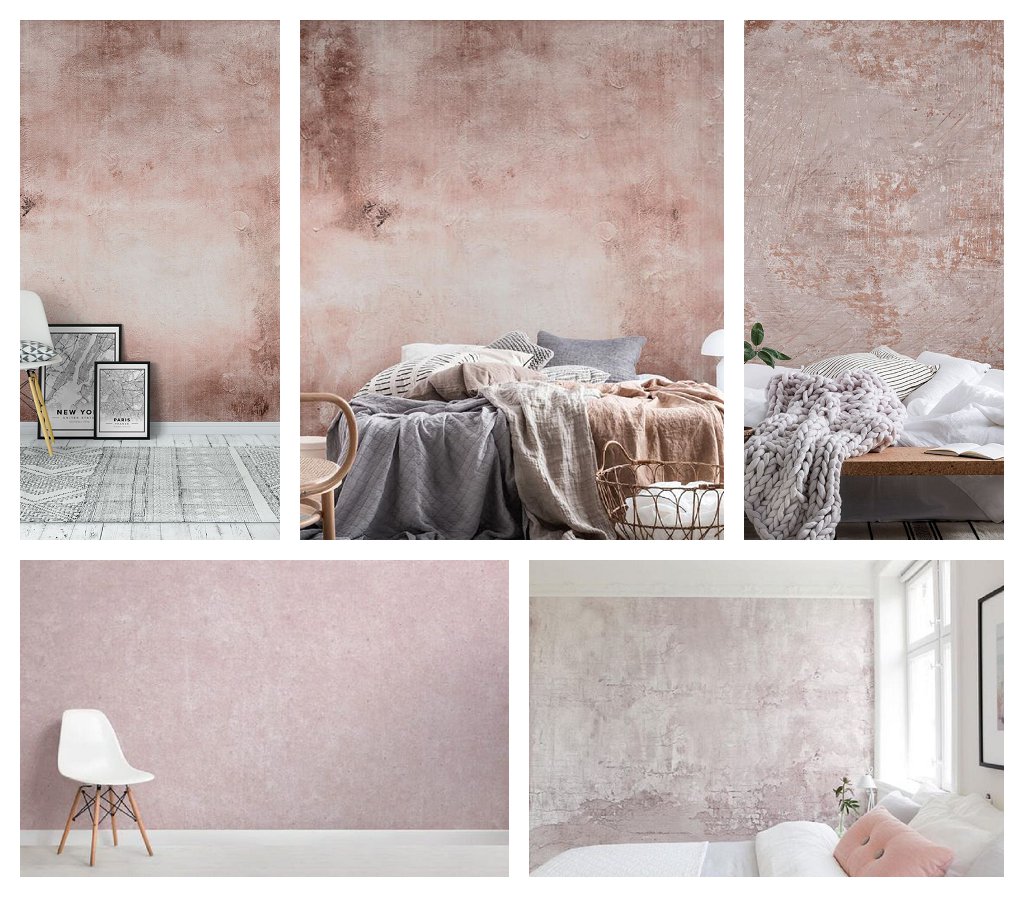 I do love the softness of the pink tones of this plasterwork, but we need to have a big discussion, as to whether this will work or not in our house. I’m prepared to accept it won’t, but definitely like the idea of having even just a chat about it. Whatever we decide is right, will be a real improvement on what we have at the moment, so looking forward to getting going and making some BIG changes in this room. 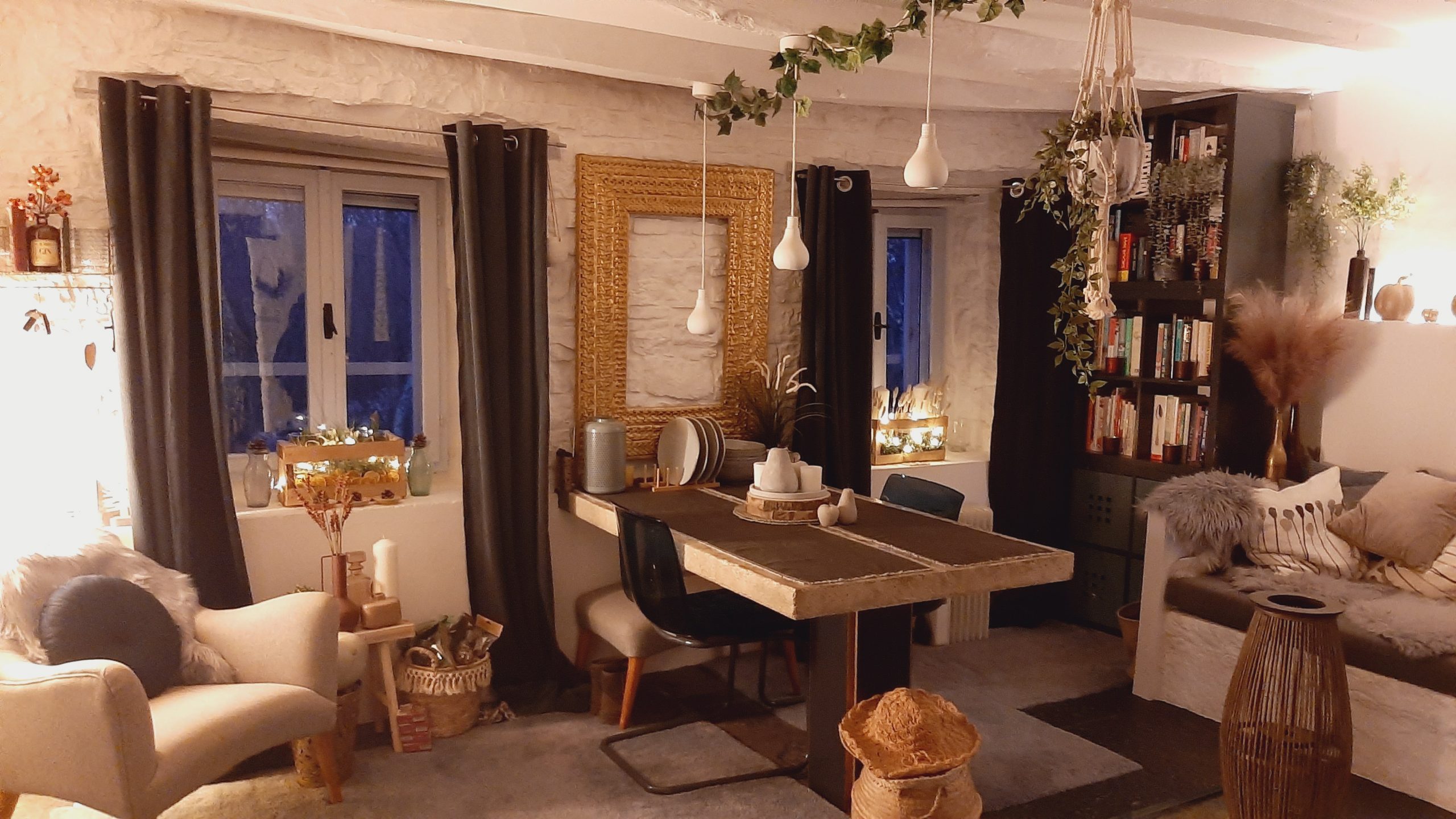