The best part of the last two and half years has largely involved renovation. Somewhere in the house, something is usually being knocked down, built back up, painted, restyled, tiled, plumbed in or redesigned. We knew the challenges we would be facing when we bought our shell of an Istrian stone house which hadn’t been lived in for some time and needed an awful lot of TLC. Thankfully, much progress has been made and we can now count the things that still need to be tackled on two hands, rather than running out of digits. Still on the to-do-list are the following :

Although we’ve been careful in what we have spent on this project, costs do tend to escalate and it’s easy to go over-budget, especially if you are a bit magpie-like and veer towards the shiny things. So, I’ve decided to set us a DIY/Reno challenge – and the challenge is to see if we can renovate the upstairs bathroom (excluding labour – we’re not stupid!) for no more than £500. That’s right – £500. Before we even to begin to plan in detail, we know that this will be very tight and will mean that much time will be spent online, and in-stores, sourcing and comparing and re-thinking. The current bathroom is awful. Even though we’ve tarted it up and it’s fully functioning and looking a million times better than when we moved in, the sanitary ware is really, really cheap and really, really unattractive. The bath is very small, meaning that it’s hardly ever used and the shower is just an attachment from the tap, meaning that if you do try and use it, because there’s no screen, chances are, however careful you are, the walls and floor, get soaked.

To make things better in the interim, we’ve painted the walls and the bath panel white, the woodwork the same soft, pale blue that runs through the rest of the house and the floor tiles have been painted in Farrow and Ball Railings. New accessories, such as the shelving for the towels, plants, lanterns and new bath mats have been added. Plus a new loo seat 😉 But, however much we try and prettify it up, it’s still essentially an inherited bathroom and we want to make it ours.

The original plan was to reposition all of the sanitary ware. The bath, with a new shower, would go into the recess, where the sink and toilet currently sit opposite each other, and the sink and toilet would be moved under the window. However, even though everything is already plumbed in, it would involve quite a lot of moving of pipes – and especially the waste pipe and soil stack – and we decided that for a room this small, it just wasn’t worth the hassle. However much more sense the new, intended layout would make.

So, the decision has been made to keep everything in the position they are now, but with some (quite big) tweaks. A new bath, with a new bath panel, will now extend the full length under the window, meaning the shelving will go. A shower will be fitted to the right of the window, with a  screen, which will fold back onto itself on the wall where the shelving currently is. The door which opens into the bathroom, will be removed and a sliding door installed, giving us the much needed extra space. A new sink and toilet will also be installed. Flooring and walls are still being discussed, as are storage options. I’ve been scouring the internet for bathroom inspiration, and pinning like mad on Pinterest. Some of the ideas I’ve liked, just aren’t suitable for such a small space. Some are just a bit too out there. But, there are elements in all of the ideas I’ve found, that make me convinced that with a bit of imagination, and patience, we can achieve the £500 challenge… 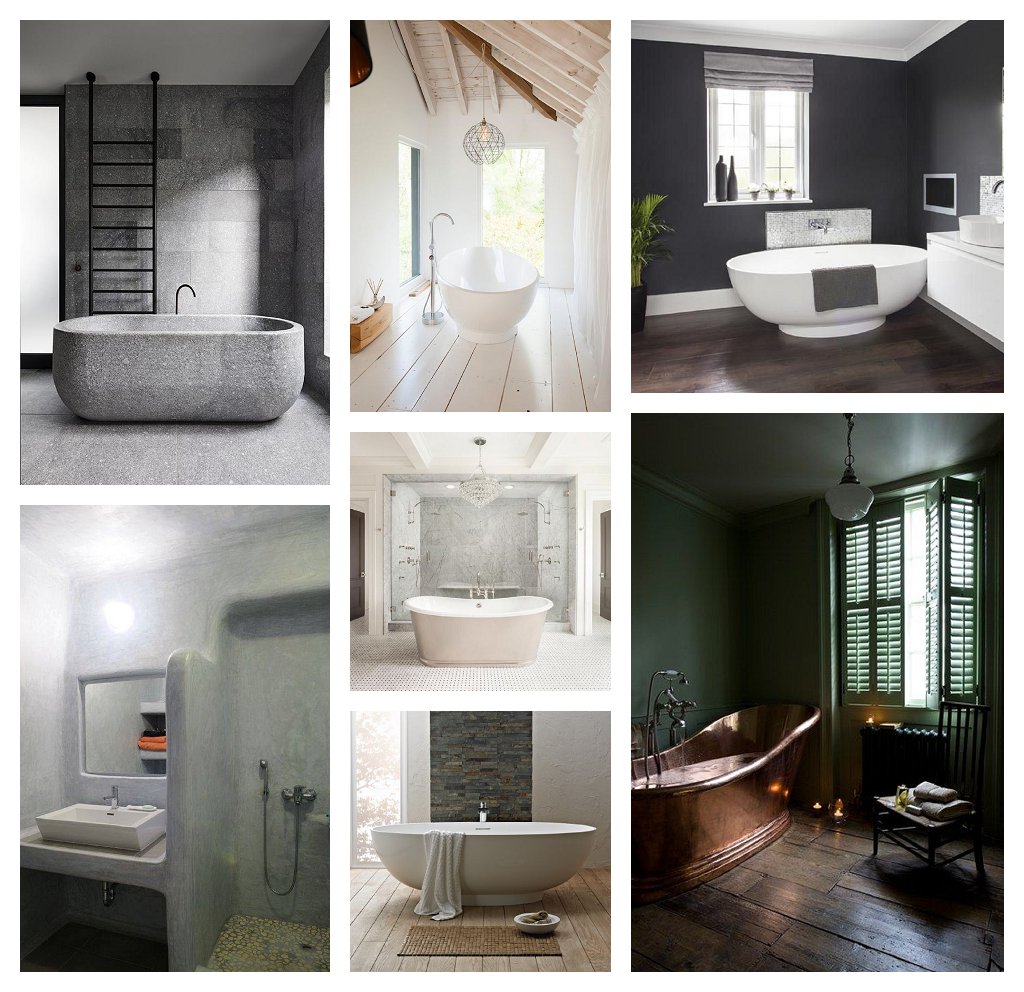 Inspiration for when we’re not working to a £500 challenge… 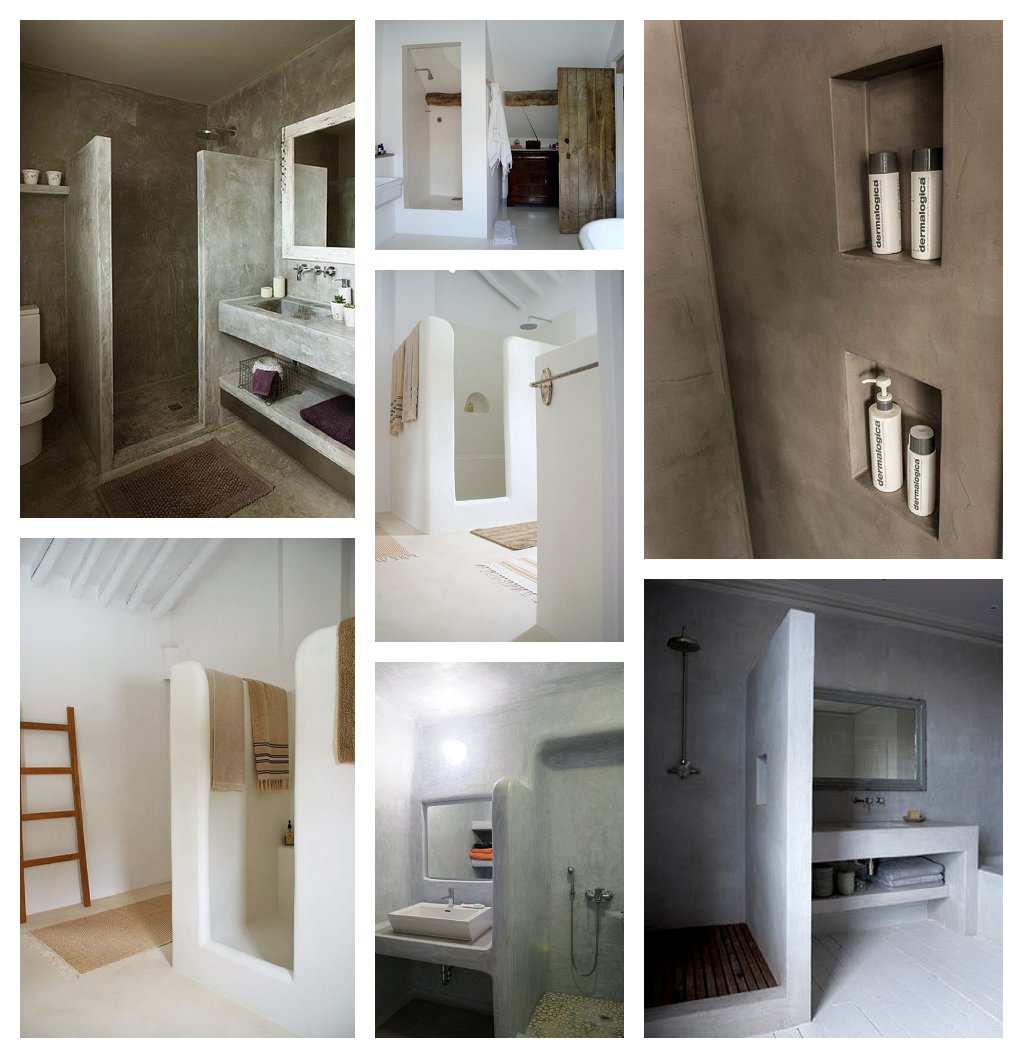 I’m a bit taken by a monochrome theme. The room is strangely proportioned – the floor space is small, but the ceiling is very high, so we don’t want an overpowering colour at floor level, making the room seem smaller. However, the height will lend itself to something quite unusual, so the current thinking is white bath, sink and toilet with a white tiled floor and white walls. And then matt black taps and shower, and to the right of the current window, where the shower will hopefully be installed, black metro tiles. Perhaps the boldest thing we’re thinking, is to paint the ceiling black and the beams white. Might work. Might not. But we can only try. 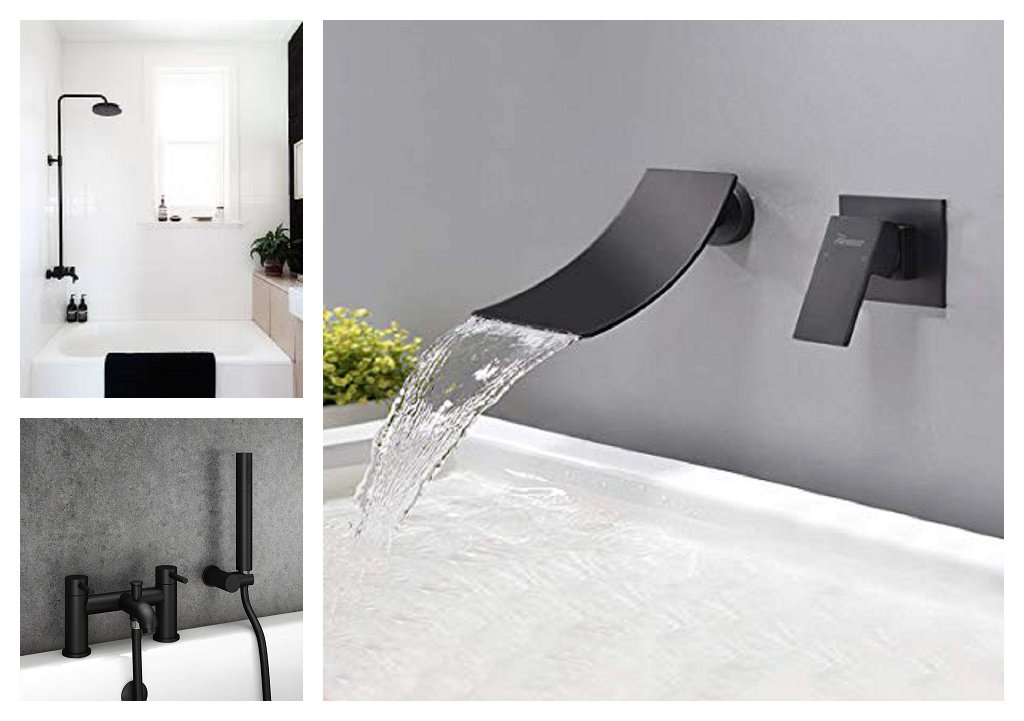 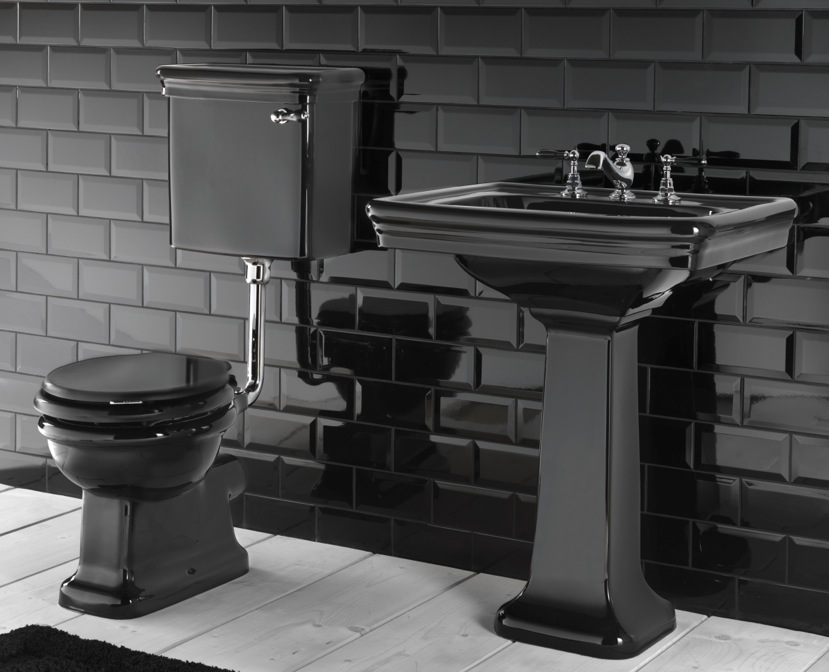 So, my days are currently taken up with trying to source all of these kinds of beauties (including bath, sink and toilet), and coming in less than our £500 challenge. Can we do it? Only time will tell – but as we always, say…