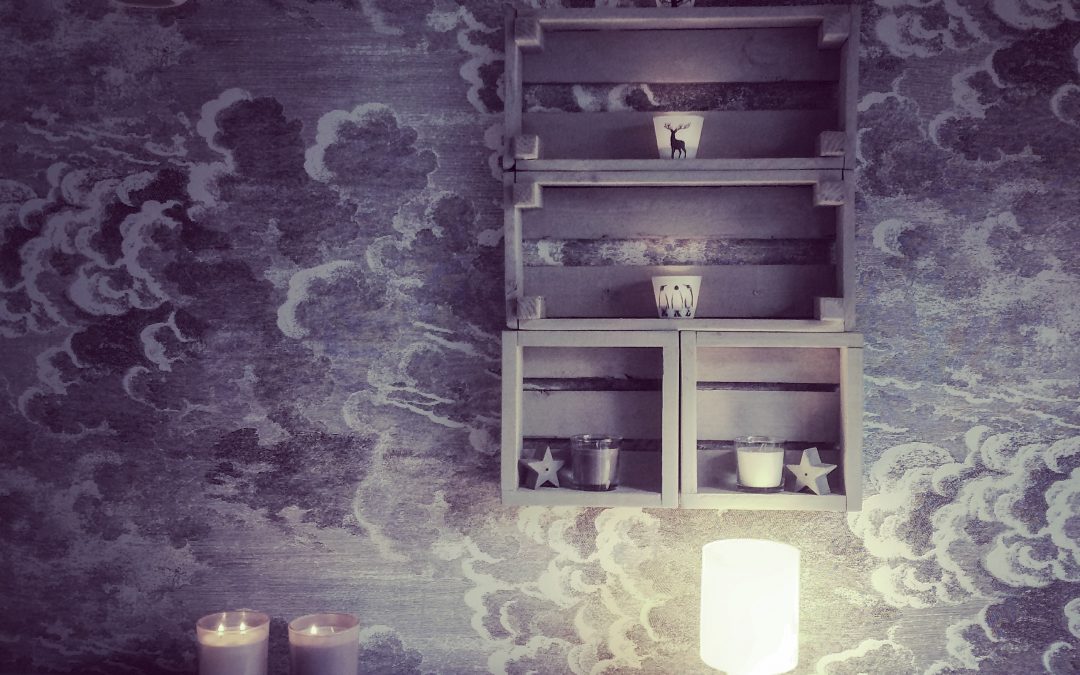 In a previous post I wrote about our desire to eradicate the parts of internal walls which have not been plastered and are still the original Istrian stone. Some people would love the walls, but as the years have gone on, I have to say my love of exposed stone – albeit now painted white – has waned and I am craving smooth, plastered walls. Some will be painted (probably white again), and for others we are considering pigmented plaster. But for the living room walls, once all is smooth, I am looking back to the beautiful wallpaper we had in our house in West Didsbury, when we renovated it, 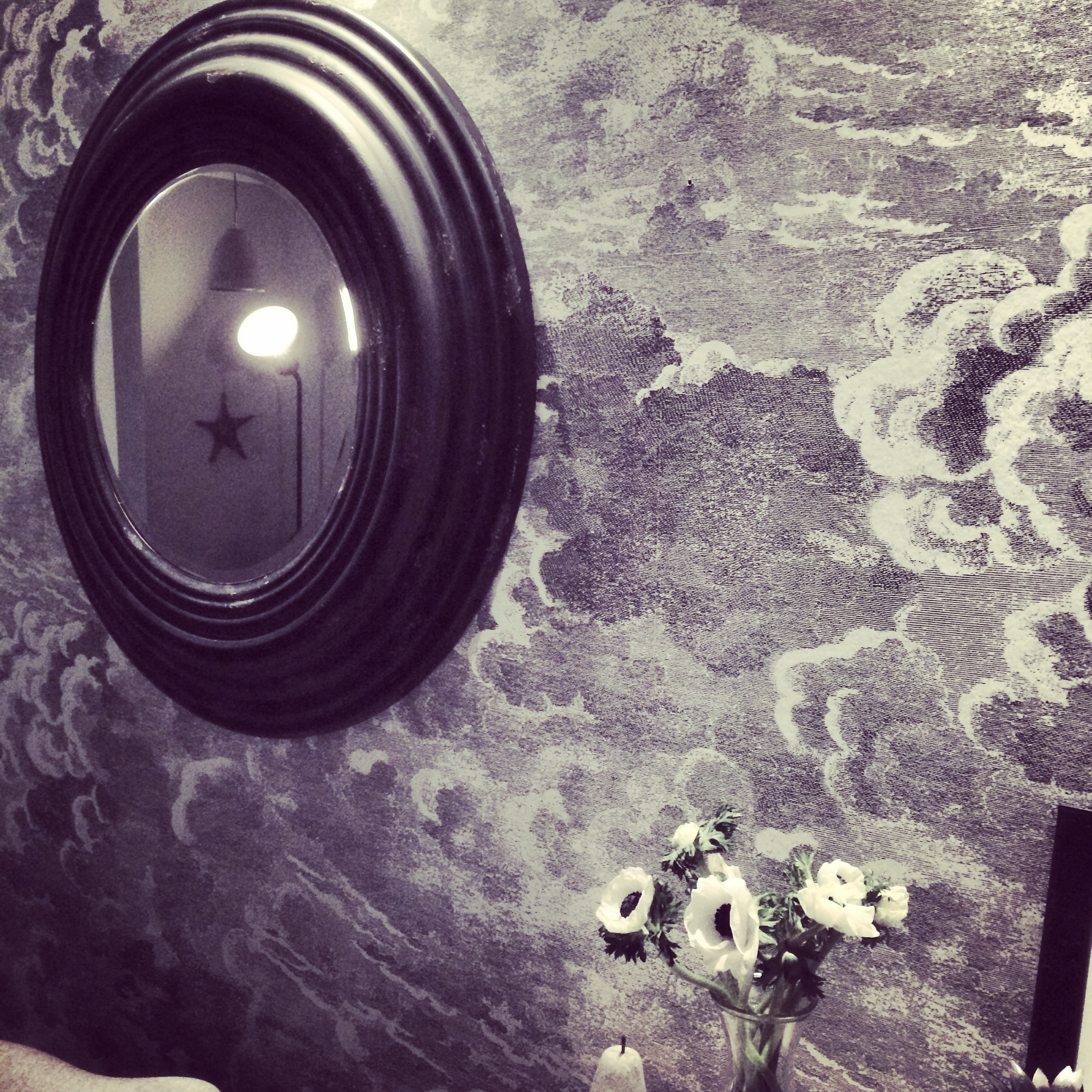 This beautiful repeat pattern paper is Nuvolette, by Cole & Son, and is a dramatic cloudy sky mural by the Italian artist Piero Fornasetti. Unless you are an expert at wall paper hanging, I’d recommend that you do what we did, and get in a professional to hang it. The striking design is supplied in a set of two rolls, with the pattern repeat being 80cm. I was informed this mean a straight match between roll A to roll B and a half-drop between roll B to roll A of next set…

See! Told you a professional is your best bet.

The overall effect is absolutely stunning, especially if the wall to be covered is quite a large area. We used it on one feature wall only, with ceramic bulb drop pendants in front of it, and it was very dramatic. I really do miss this wallpaper now that we have moved, but I think it may make a re-appearance, once the walls in the living room are all smooth and plastered. It’s definitely not the cheapest wallpaper, but it’s very strong and sturdy and I think if you love it, there’s little chance you’ll be wanting to change it quickly. I do wonder if it is still hanging in our West Didsbury house… 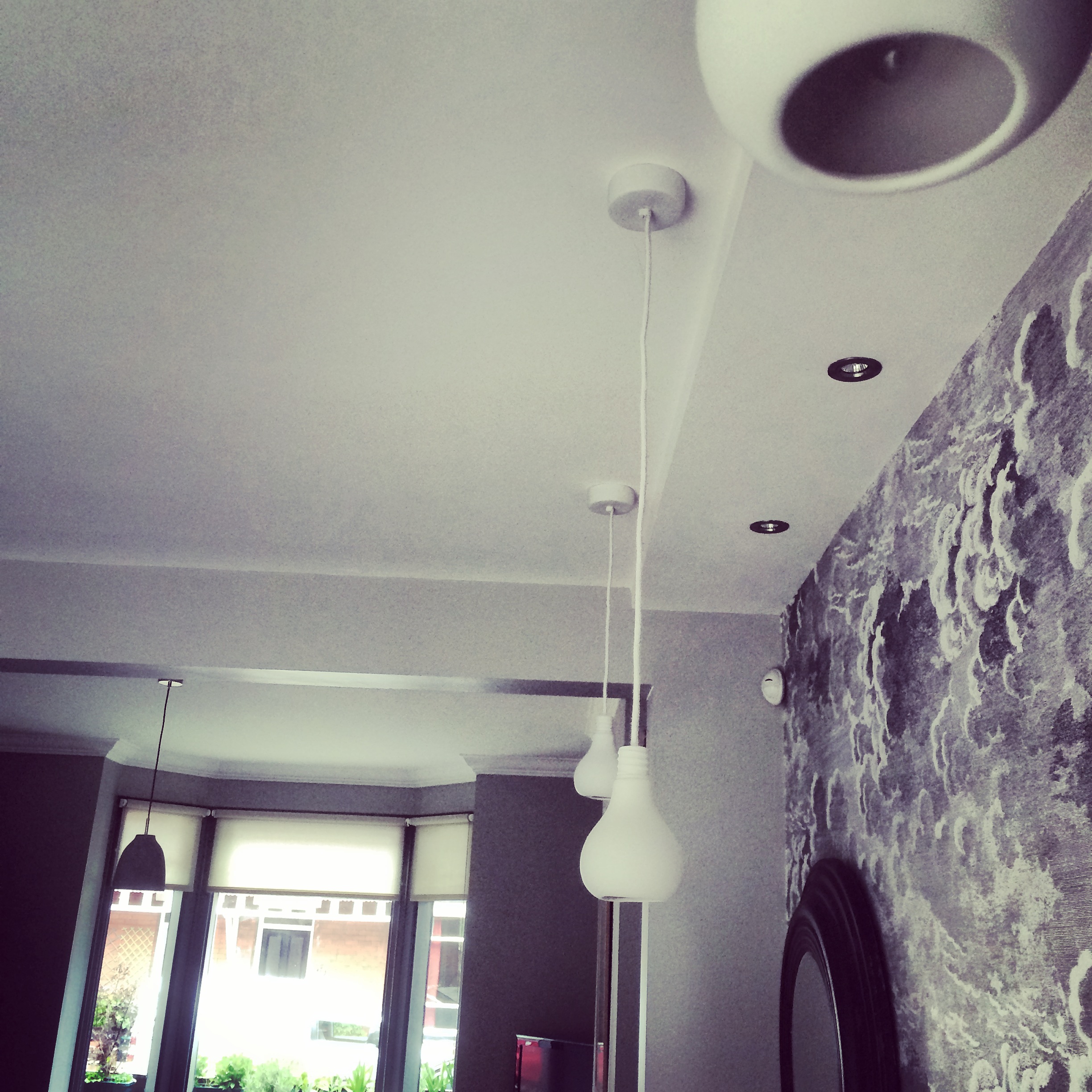 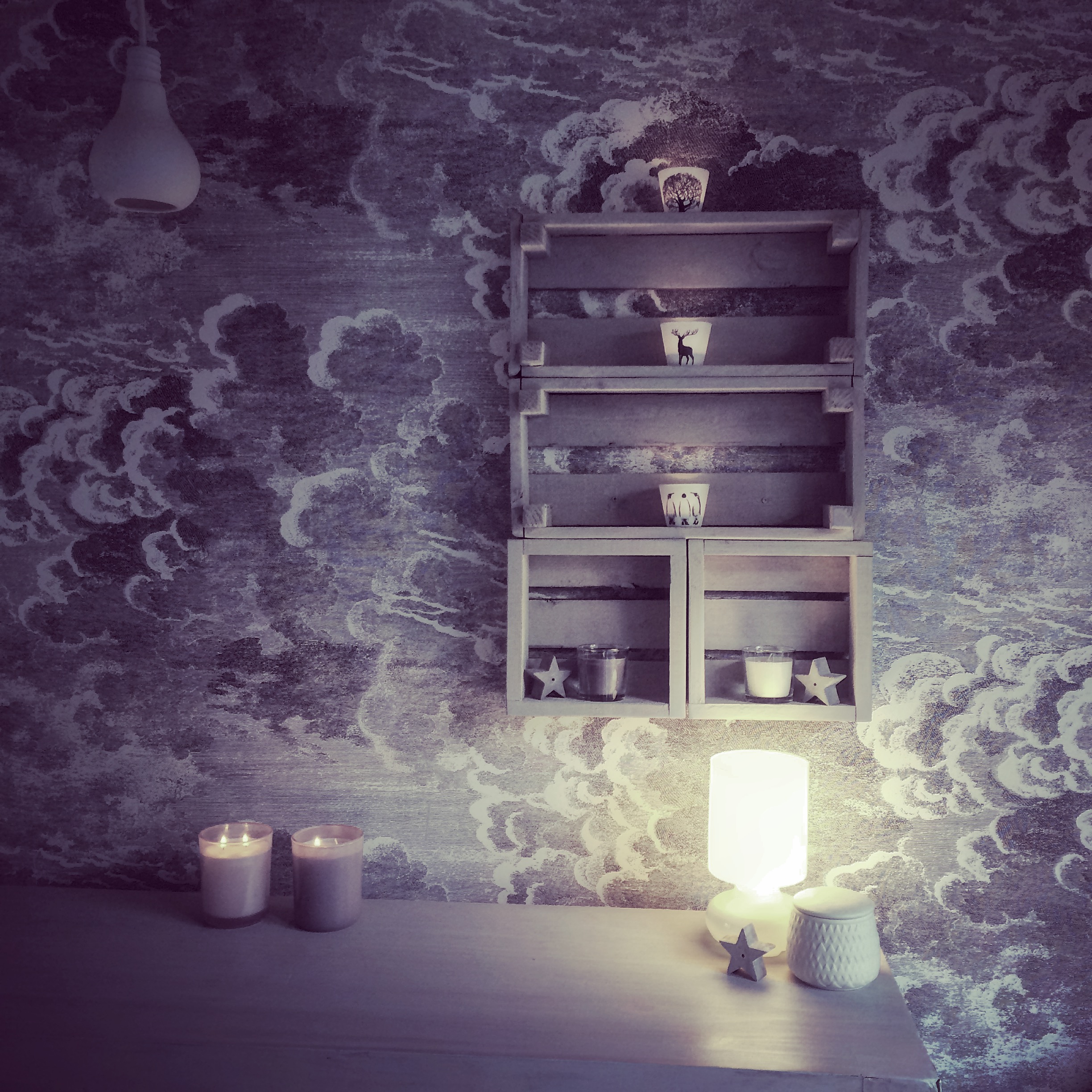 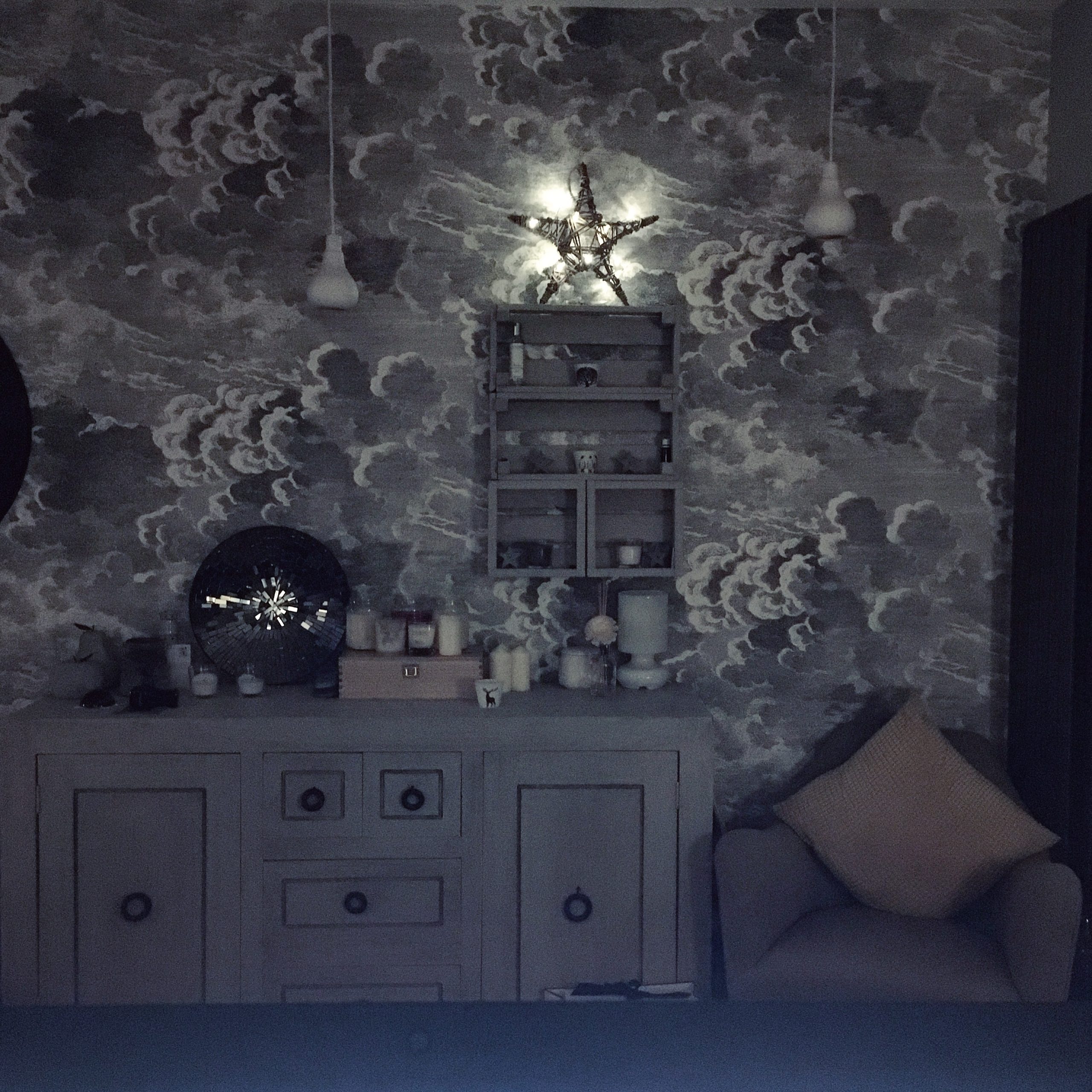 ← Best Purchase of the Summer... 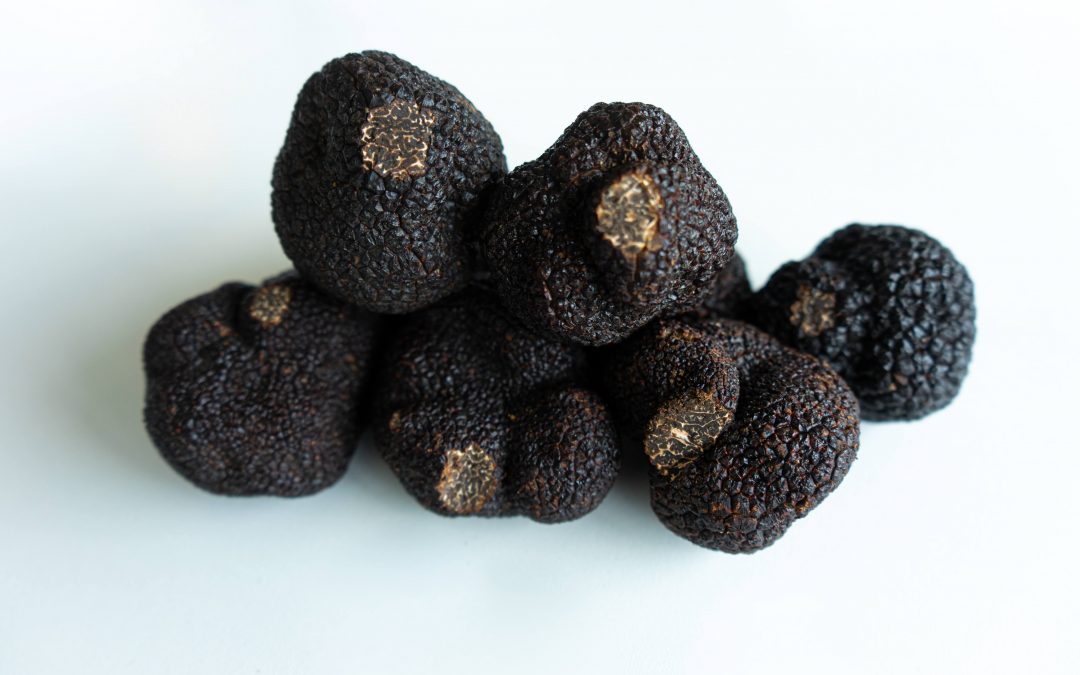 Having lived in West Didsbury for a very long time, we certainly appreciate good restaurants. And now, having moved to Istria, and initially being a little concerned that we would have to forgo culinary delights, we are super impressed with what we’re finding on our doorstep.

We don’t have the choice we had back in England – we do short trips to the bigger Istrian towns or border hop into Slovenia or Italy if we crave more than the typical Istrian fare of pasta, mushrooms, truffles, stews etc, but we do have the quality. We’ve not seen a single chain restaurant in the whole of Istria – I’m struggling to think if I’ve seen even the ubiquitous McDonald’s. All restaurants are independent and certainly, where we are, usually family owned. As is the case with Agroturizam Nežić, in the village of Zrenj. You have to be in-the-know, to get a table here. You definitely won’t be in luck if you turn up Monday – Saturday, because it’s only open on a Sunday. However, this doesn’t deter carloads of Italians crossing two borders to come here every weekend. We see from our house, the weekly convoy of Italian licence plates, heading up towards the village – and we know exactly where they are going. Agroturizam Nežić.

We made a booking on Sunday as it had been a while since we’d been in – but the welcome from Paolo and Nadia was very, very warm. Don’t forget, we only arrived here last March, but they have become good friends, helping us out in lots of ways, most noteably recommending Dennis who we bought our cars from. Good people, who greet you in in the Italian way, with effusive kisses.

There is a menu, but Paolo, who works front of house, whilst Nadia manages the kitchen, prefers to let you know what is available and seasonal. And, after all, he knows – so we went with  his recommendations on Sunday. To begin, and the picture may not convey this too well, we had the most amazing melted Istrian cheese, coated in butter and then covered with black truffle shavings, with the most delicious warm, home-made bread, to mop it all up… 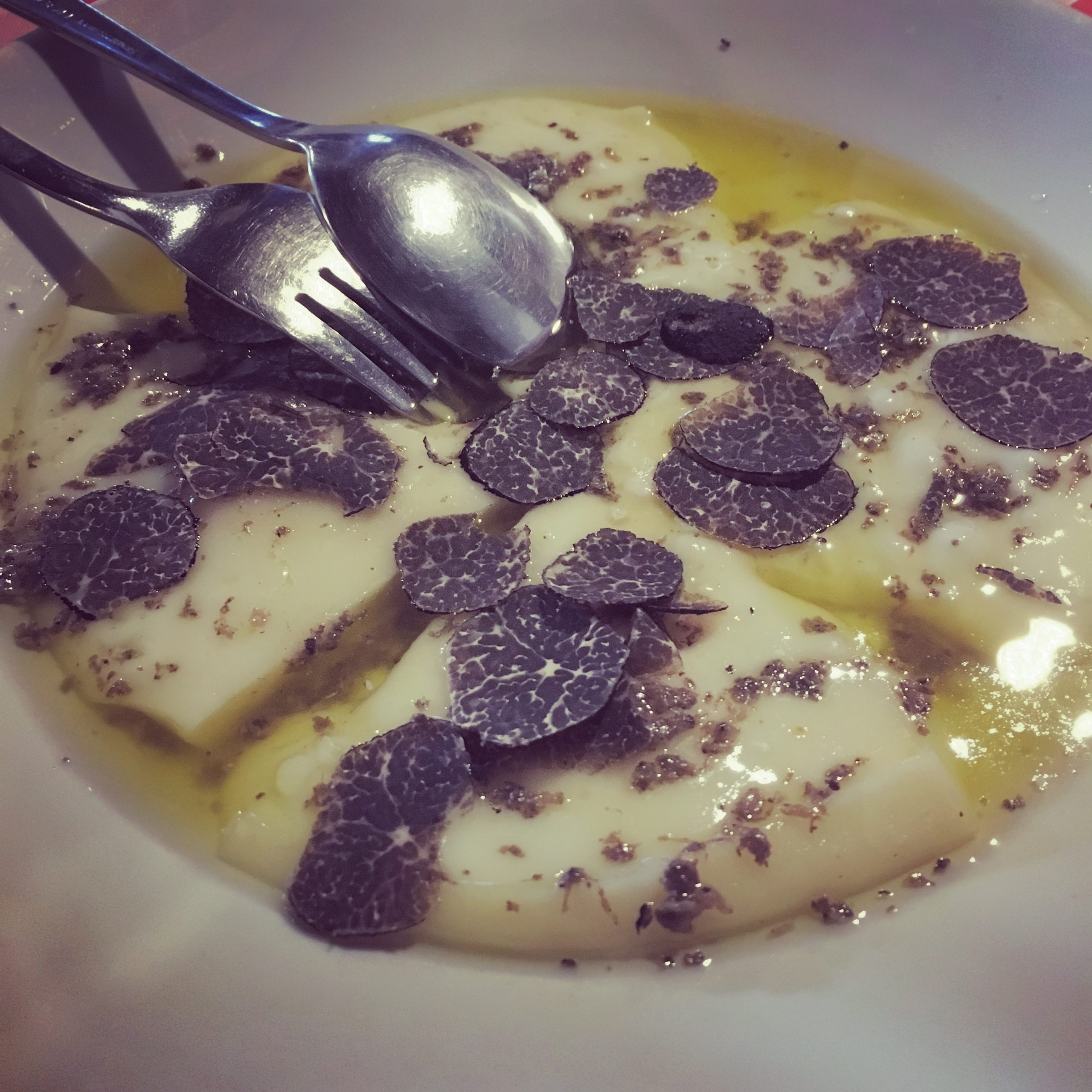 These black truffles are like nothing I have ever tasted before. They are an Istrian delicacy – in fact, Livade, about 5kms from us, is know as The Truffle Capital – and are astonishingly good. It’s difficut to describe the taste as it’s quite unusual but earthy, with a slightly sweet kick, is how I find them. We shared this starter – one each, and we’d have had to be rolled home, as it is very filling.

For the mains, I opted for home made tagliatelle and wild mushrooms with black truffles. Utterly, utterly delicious. The other main was a red wine infused goulash with homemade gnocchi. Again, delicious – but not as photogenic. 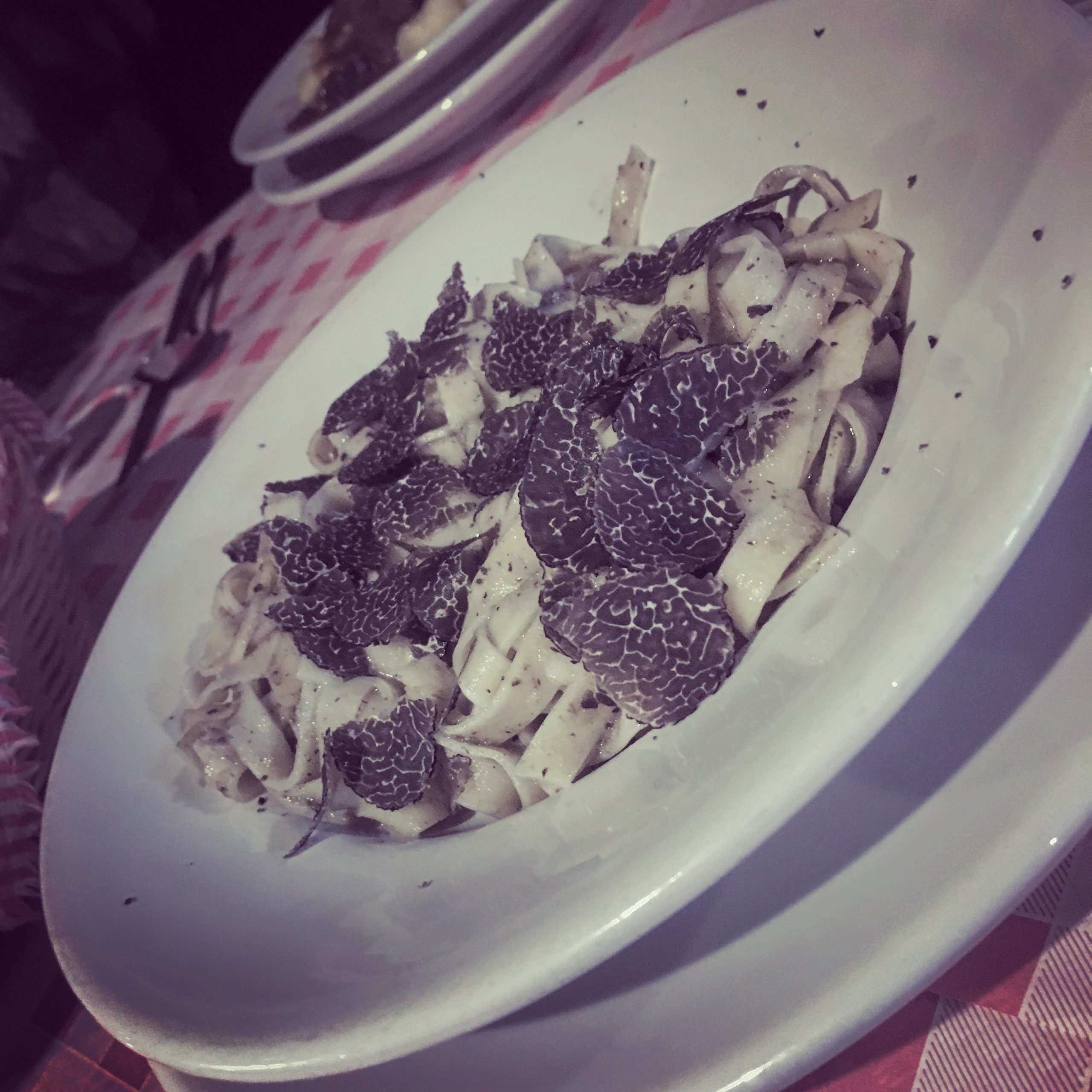 The two mains were very, very filling, especially as we’d also shared quite a heavy starter. But these Istrians like to feed you up, and on that note, we weren’t going to get away with no dessert. We weren’t even going to get away with *sharing* a dessert. Two portions of chocolate cake, then. And, like a lot of Istrian food, you get exactly what is described. No additional extras, like cream or ice-cream or any kind of a sauce. Apart from the grappa – which is brought to your table in the unlabelled bottle, because it is another product that the owners make themselves, and give away at the end of a meal. And boy, is it strong! It nearly blows your head off… 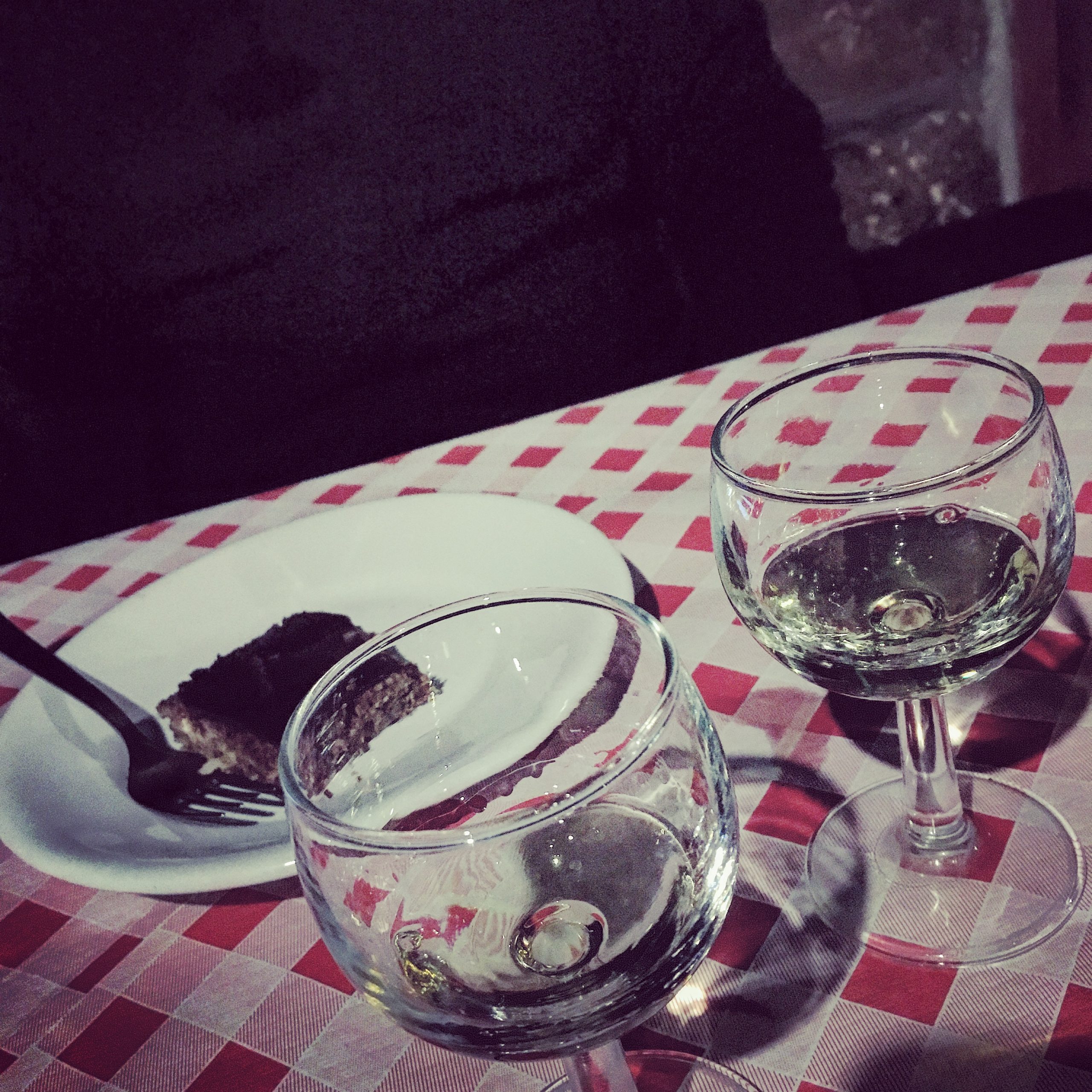 However, it’s not just the food that the Italians come here for, every Sunday. It’s also for Paolo and his accordian, which is another musical tradition in these parts. When the wind blows in the right direction, we can often hear the raucous grappa fuelled singing of Italian classics, but this Sunday we got see it and hear it up close and personal… 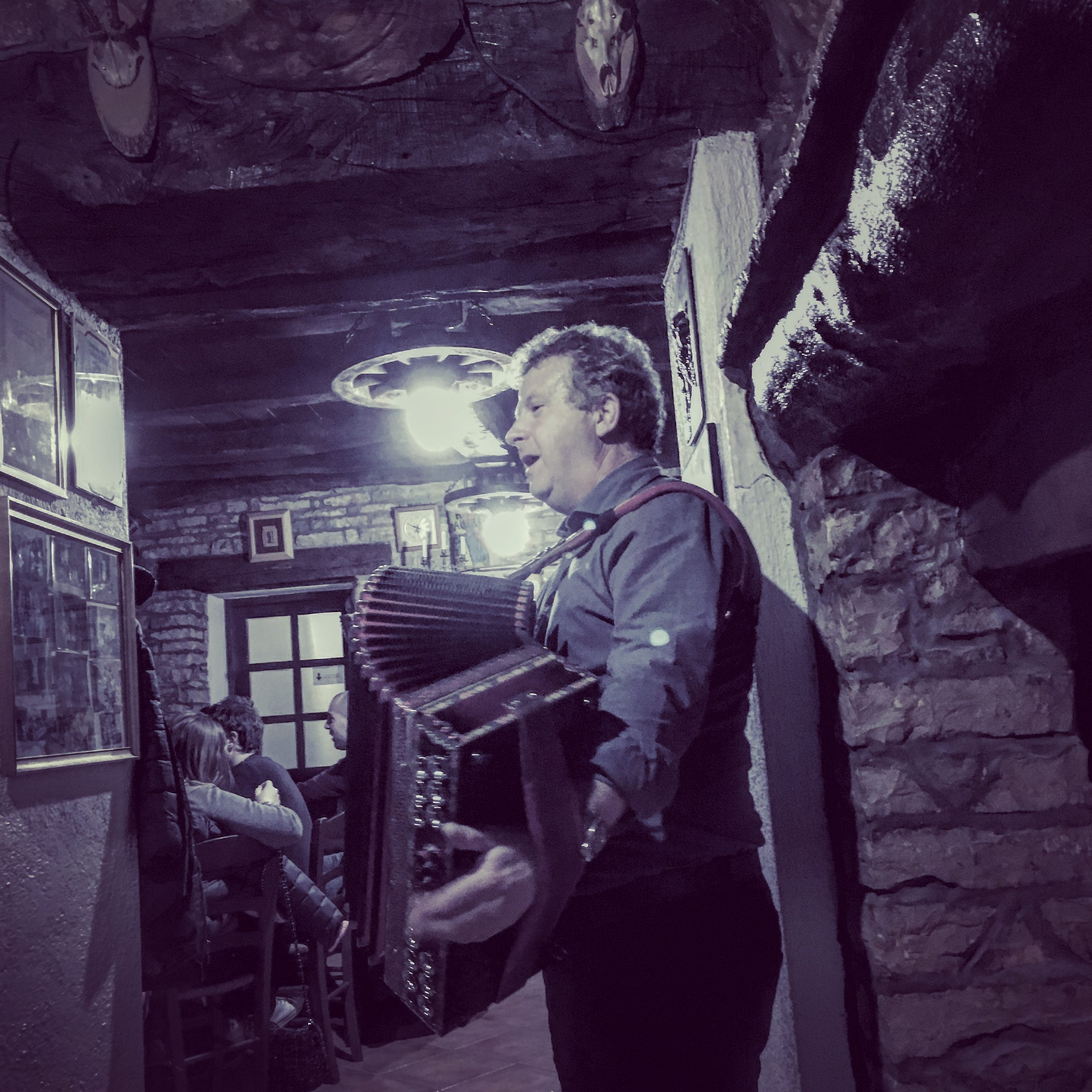 Paolo and his accordion