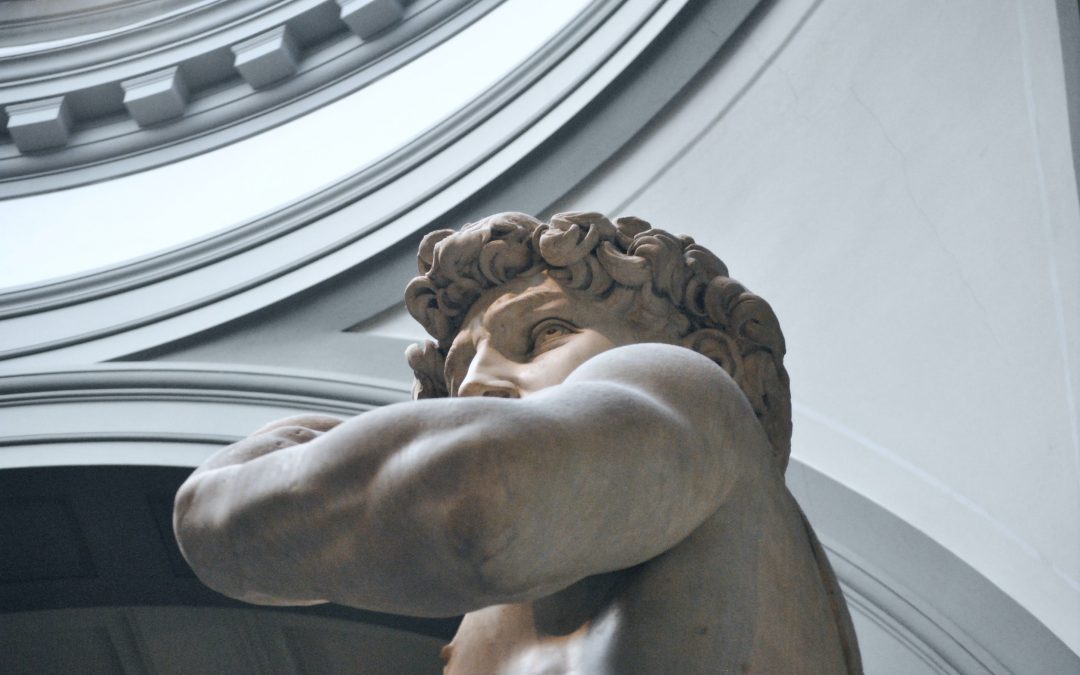 Our trip to Florence was pretty whistle-stop as we also wanted to tie in Pisa, and we only had a few days. So, every time we return to Italy, if we are in the region (or thereabouts) of Florence, if we’re in a car, we intend to revisit. It’s not happened again yet, as there are just too many places we want to see, but it will as we know we definitely didn’t see everything. We also didn’t stay in the best hotel or find great places to eat – and I think this has coloured our perception of Florence. So, we need to put it right. And hopefully, sooner rather than later.

The name of the hotel escapes me – such was its impression on us – but what I do remember, is that it was located very close to Piazza del Duomo. A fantastic location, BUT we also stayed when a morning market was held and which started being set up at about 2am. The shouting and noise of trolleys being pulled to and fro over cobbles was just unbelievable. So bad, that we requested a room change, so lost our view of the Duomo but did manage to get some sleep – as the market seemed to be a regular occurrence. So, there you go – you may want a room with a view in Florence, but unless your room has super sound proofing, you’ll also get a room with lots of noise. 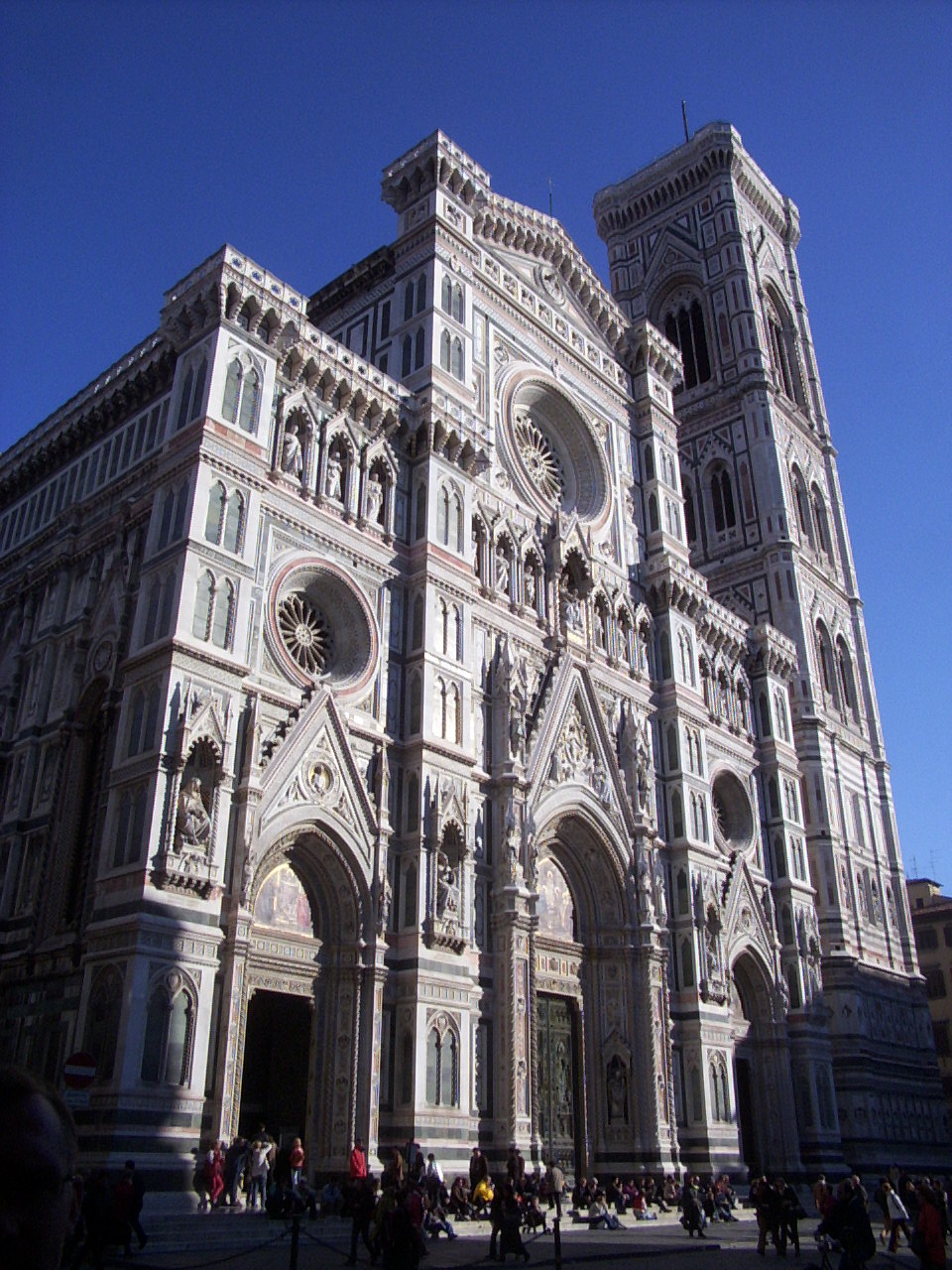 However, even with little sleep, you can’t fail but to be completely blown away by the pink and green marble duomo. Inside it is beautiful, but sometimes you can be a bit overwhelmed with the interiors of Italian churches and cathedrals – I know that I always miss so much, and it’s only when i read up on something afterwards, I wish I’d either taken more notice or known before what treasures could be viewed. With Florence, I kind of felt the same way with the interior, but the exterior could definitely not be ignored. 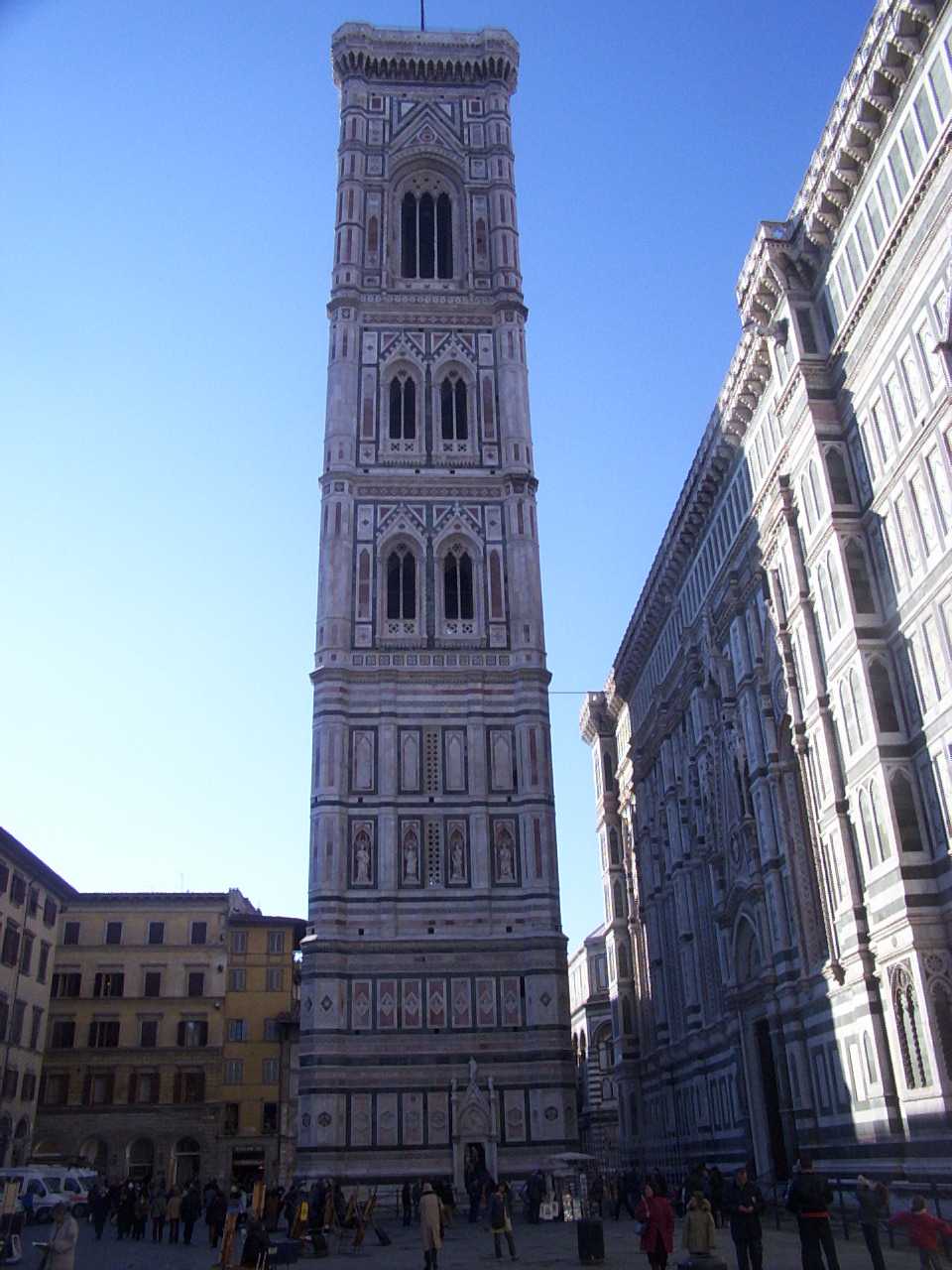 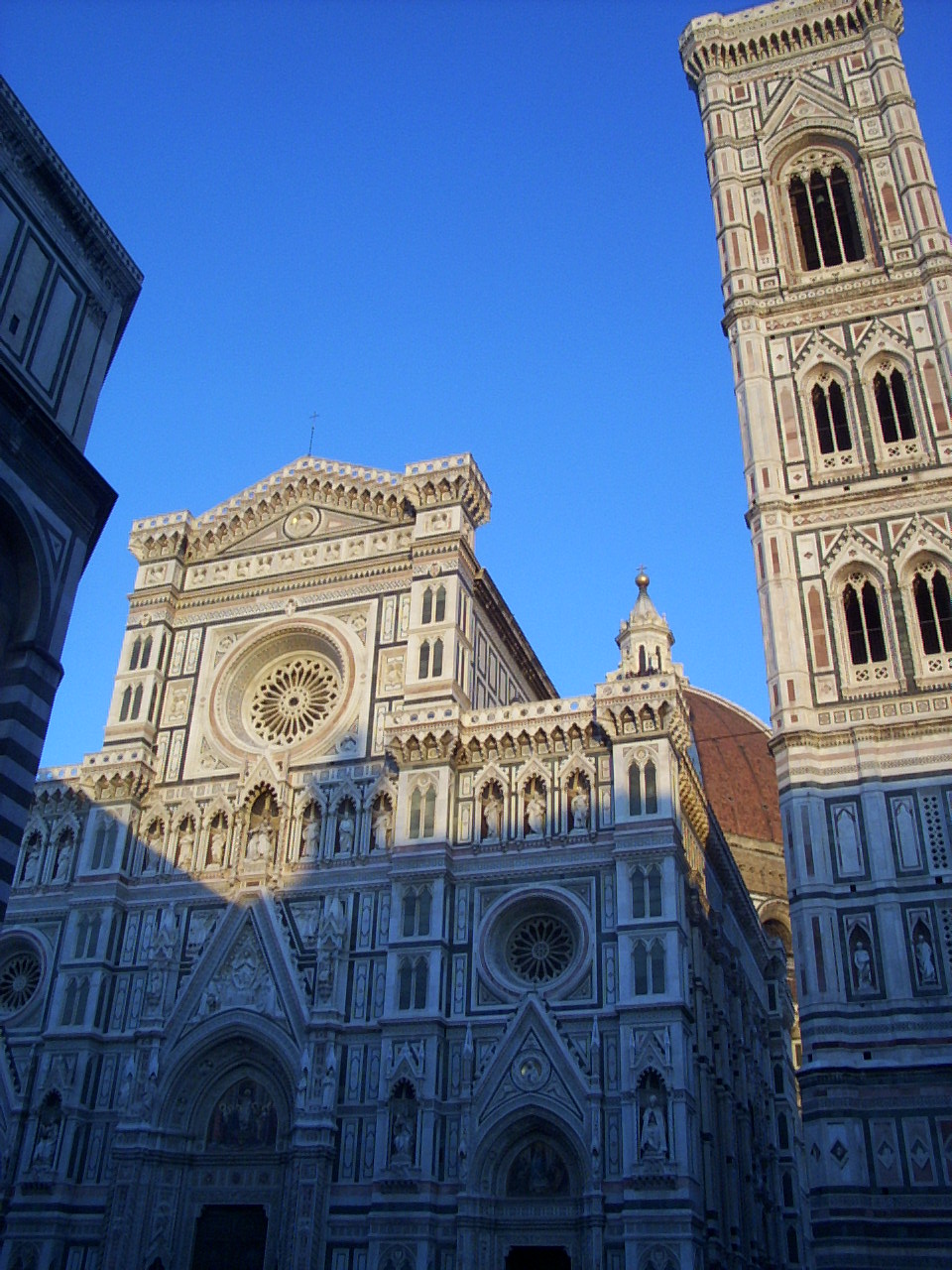 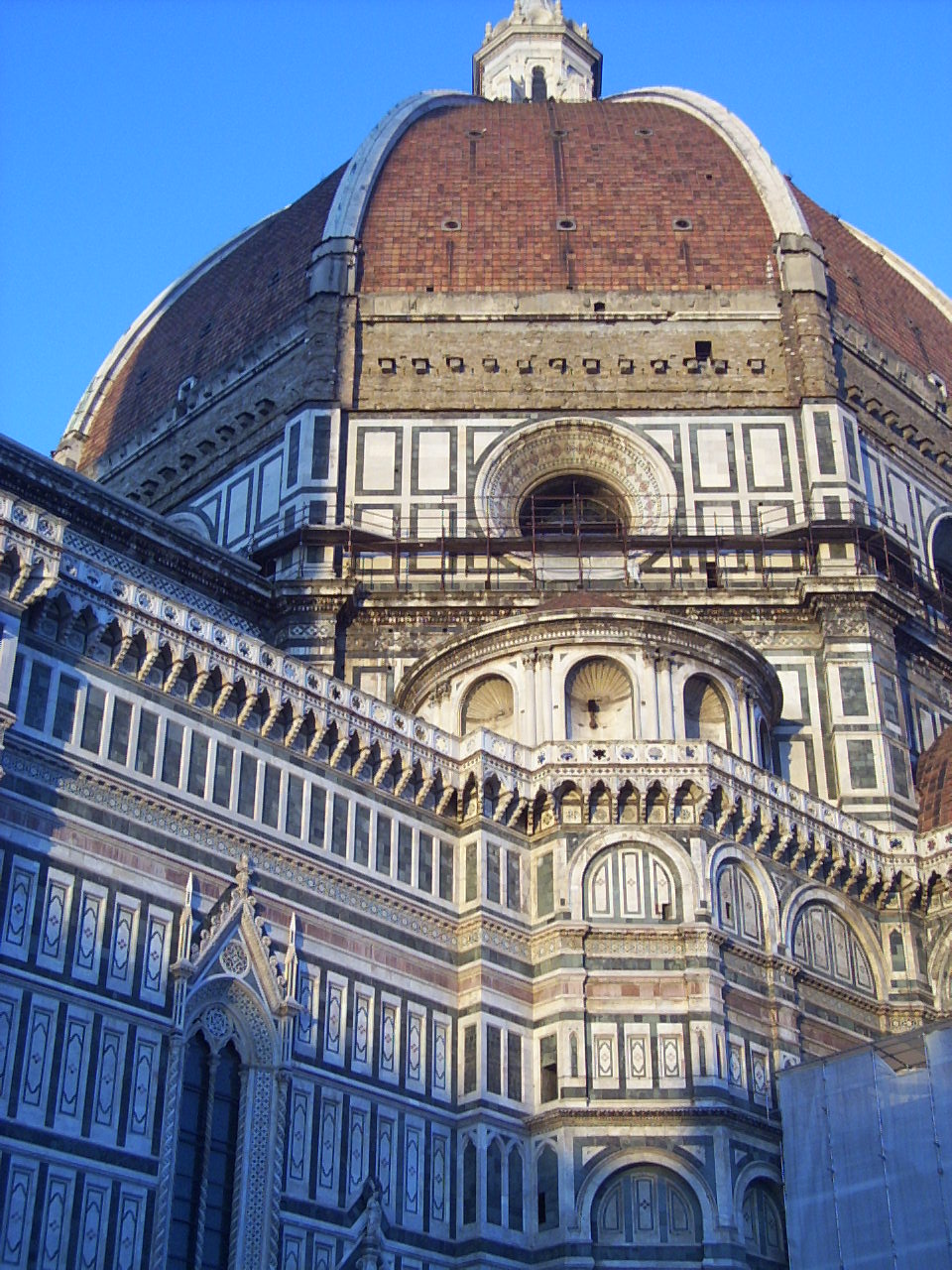 Formally the Cattedrale di Santa Maria del Fiore, the Cathedral of Florence was begun in 1296 in a Gothic style, and was structurally completed by 1436, with the dome engineered by Filippo Brunelleschi. 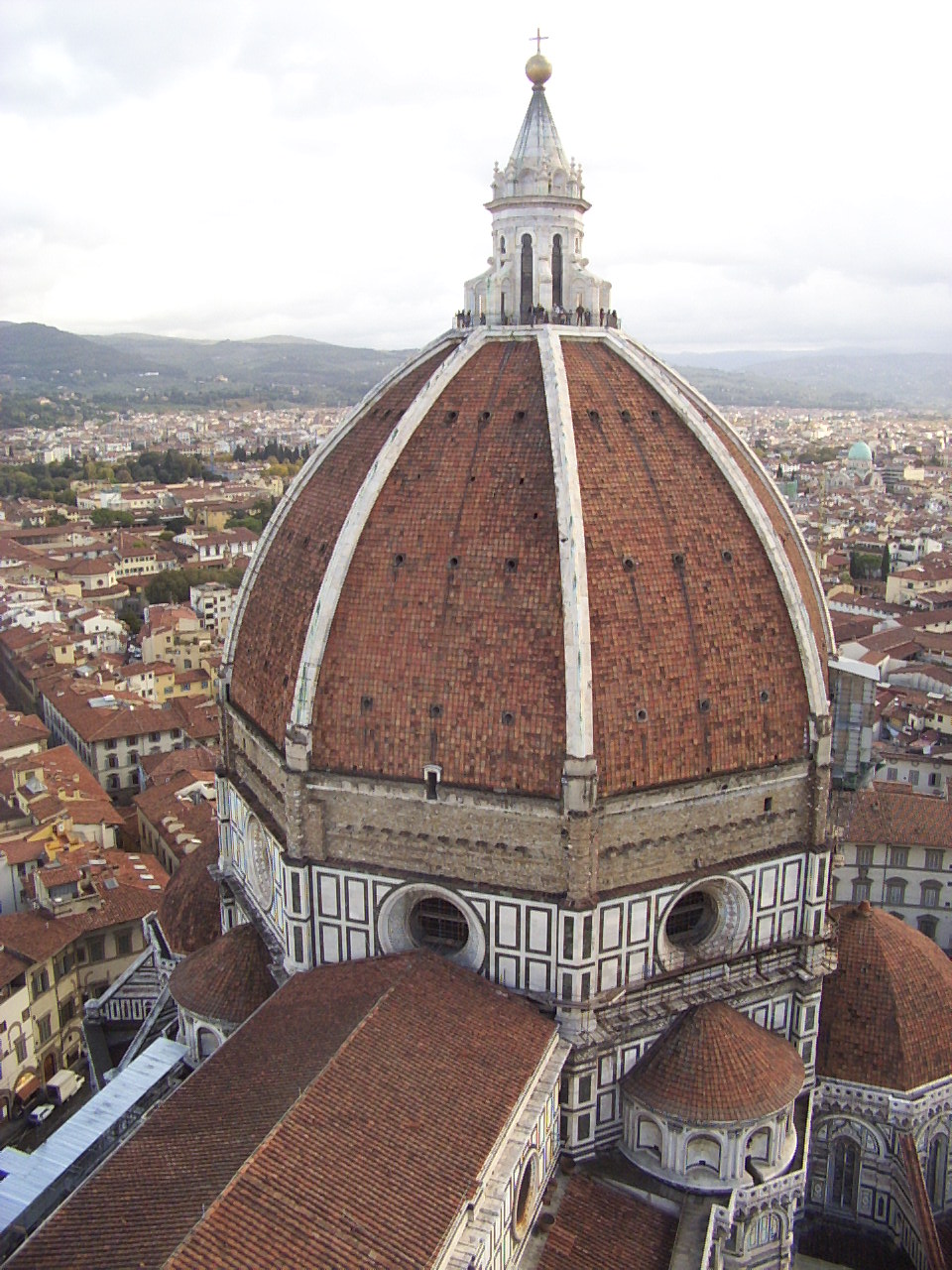 The famous Baptistery bronze doors, known as The Gates of Paradise, in front of the cathedral were actually made by the winner of a citywide competition in 1401. Before the dome itself was constructed, a committee in Florence held a competition to decorate the east doors of the baptistery, giving each contestant the same materials and amount of bronze, allowing them to submit their ideas within the guidelines. The two finalists were young 23-year-olds Fillippo Brunelleschi and Lorenzo Ghiberti, who were both trained metalworkers and goldsmiths. Ultimately, Ghiberti won, due to the judges favouring his classical style. Michelangelo commented that the doors seemed like the gates of paradise, thereby giving them the name by which they are now known. 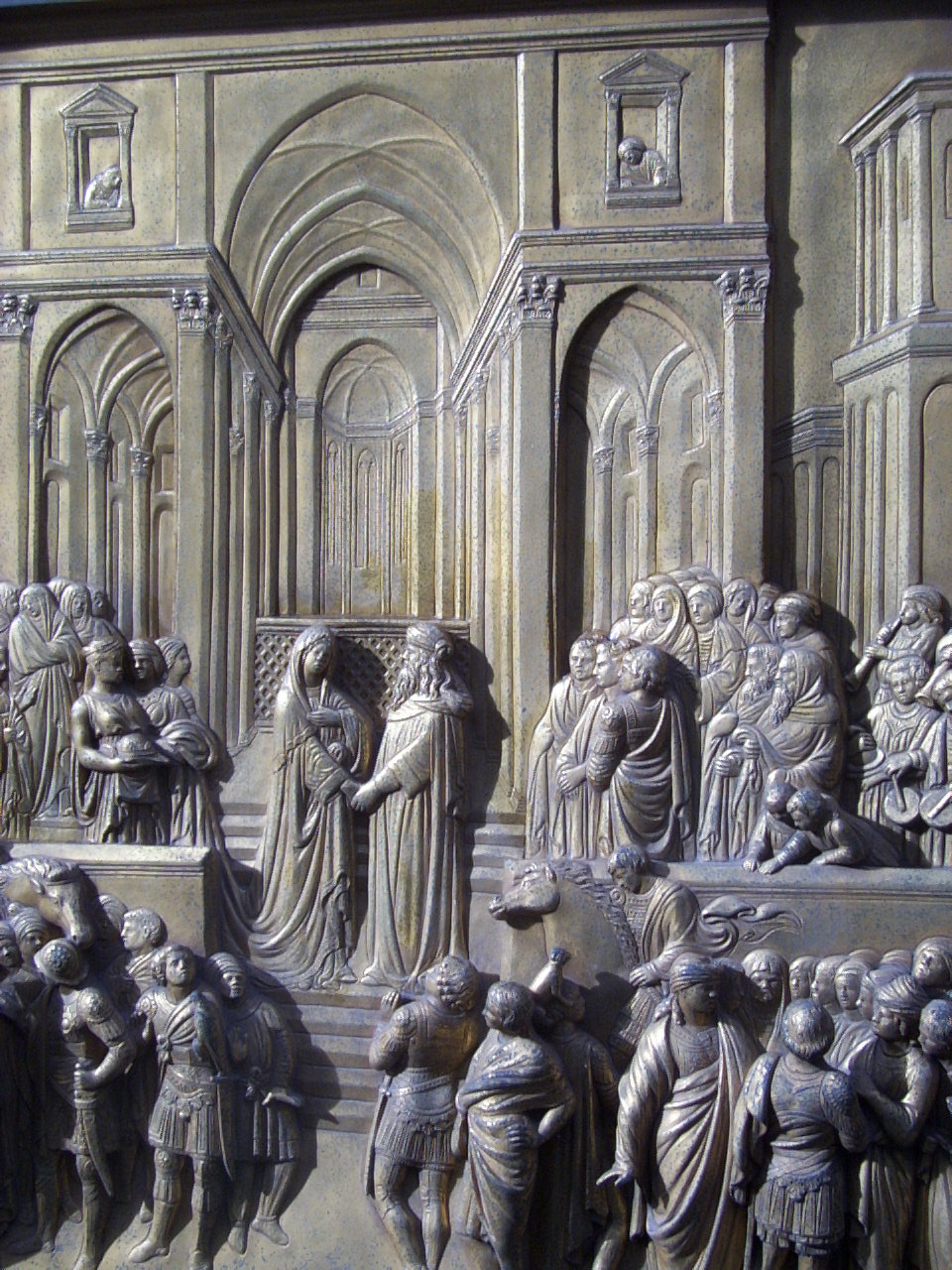 Obviously, a highlight of any Florence visit, has got to be the Statue of David. The original sculpture is in the Accademia Gallery of Florence, with the second copy of the David being ocated in Piazza della Signoria (Duomo Square), just opposite the Palazzo Vecchio. Of course, not having done my homework properly, I was quite surprised to see David in the square, open to the elements. Until I realised that to see the real thing, we needed to get our early morning slot booked at the Accademia. Which we did – and once again, we were utterly blown away by the statue. 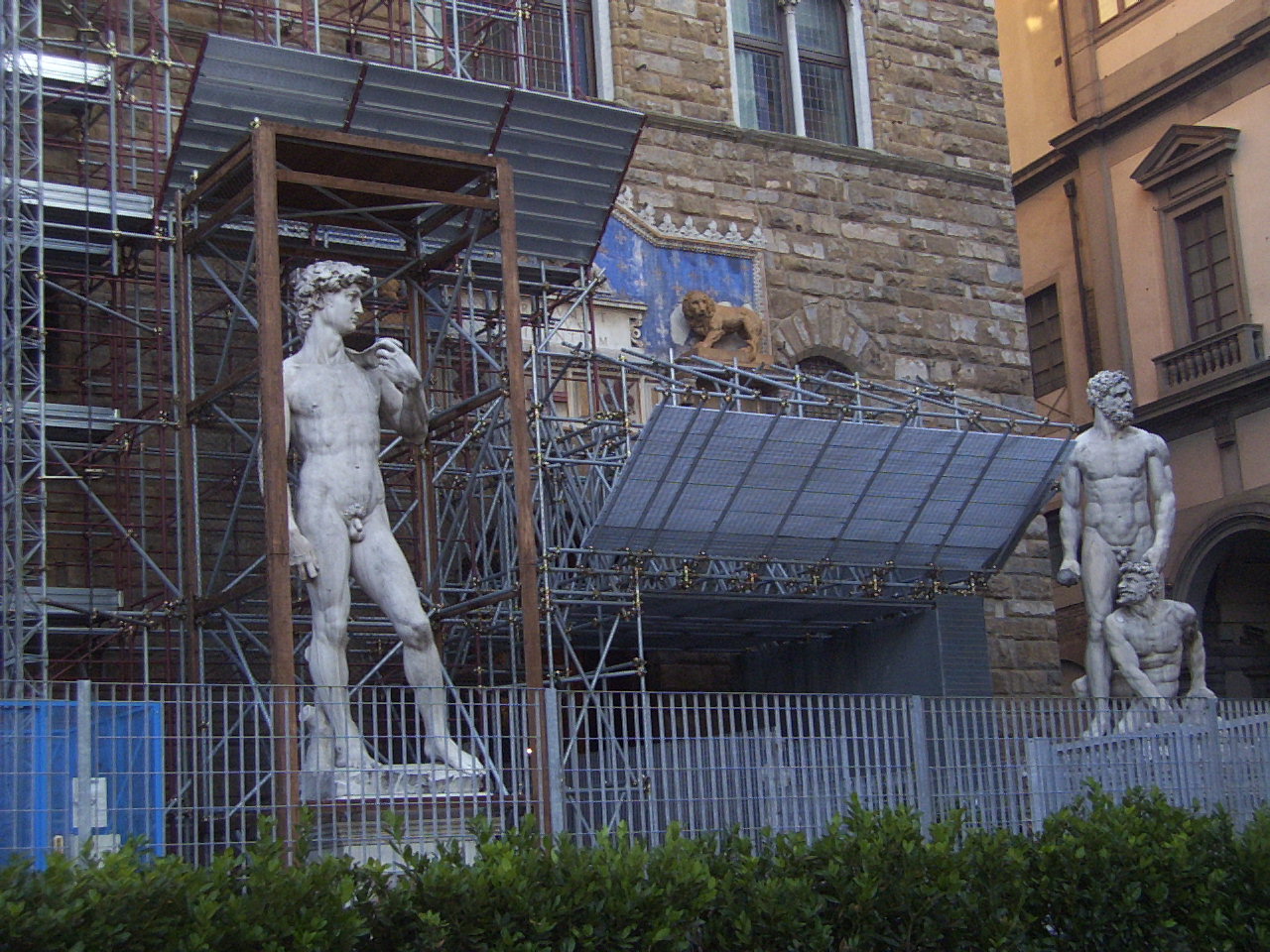 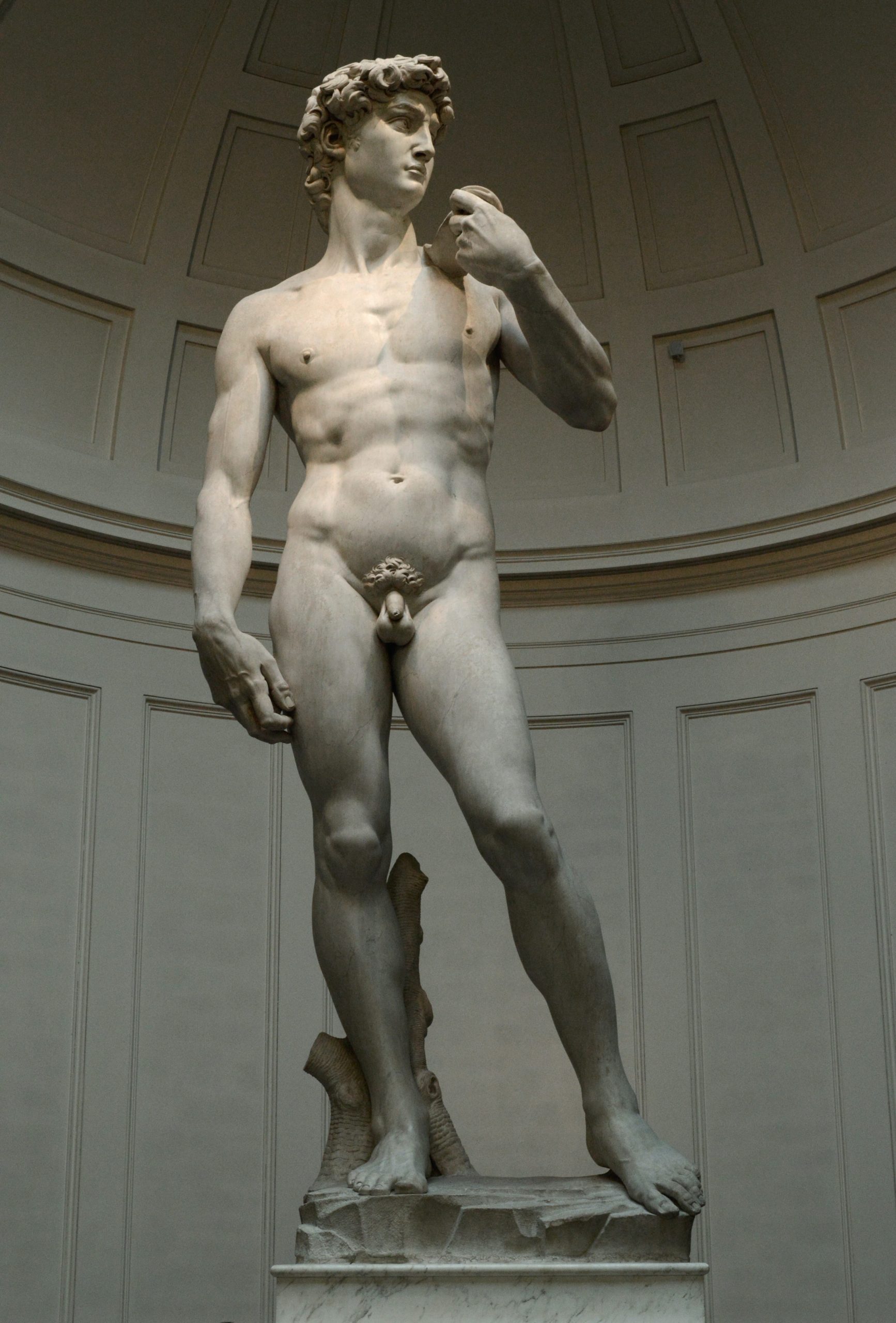 After the Duomo and Accademia, on such a short visit to Florence, we were a bit over-full of art, but still wanted to experience the Uffizi Galleries. However, when we got there, we couldn’t face another gallery, and so experienced it from the outside – still mightily impressive! 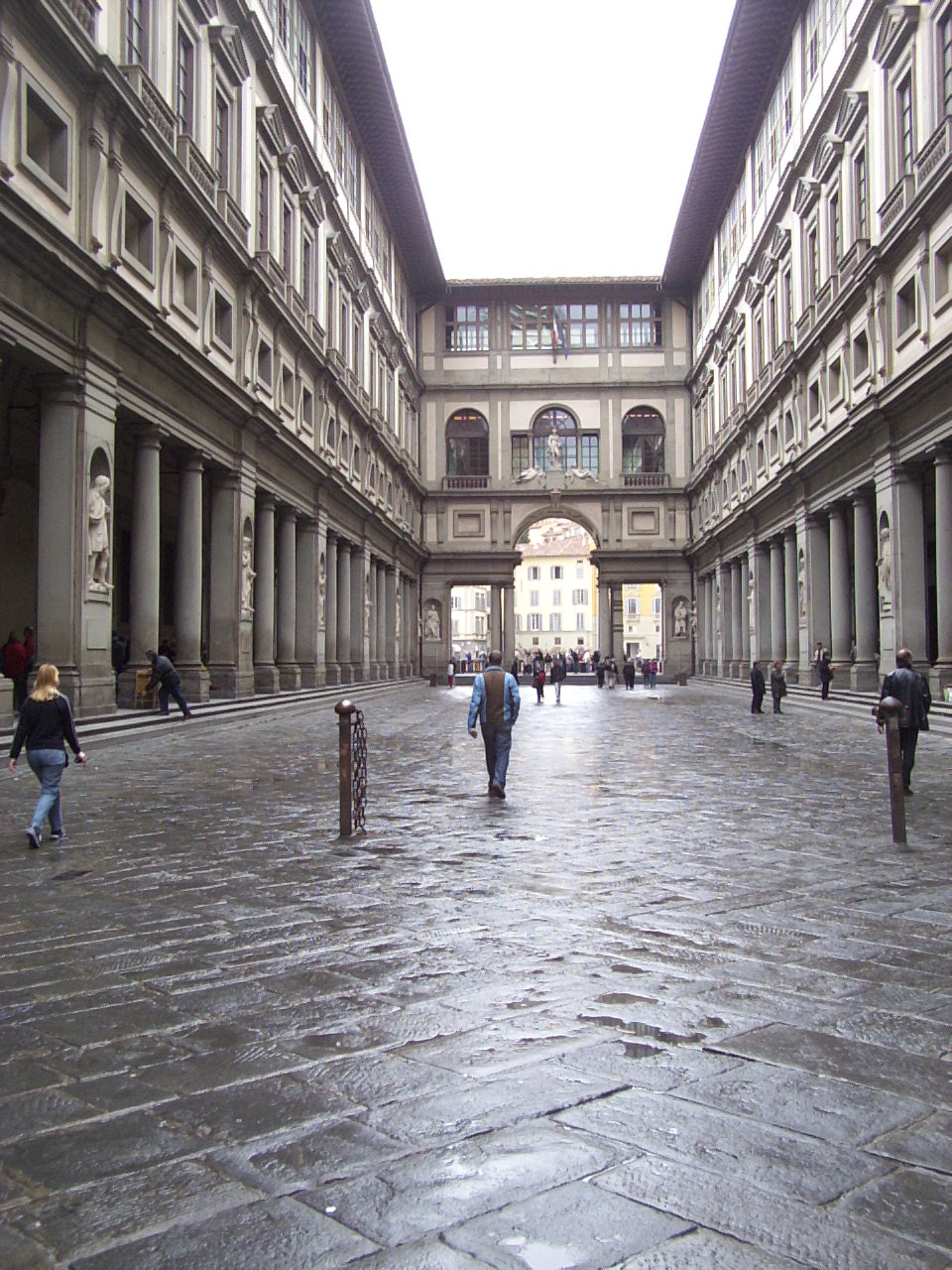 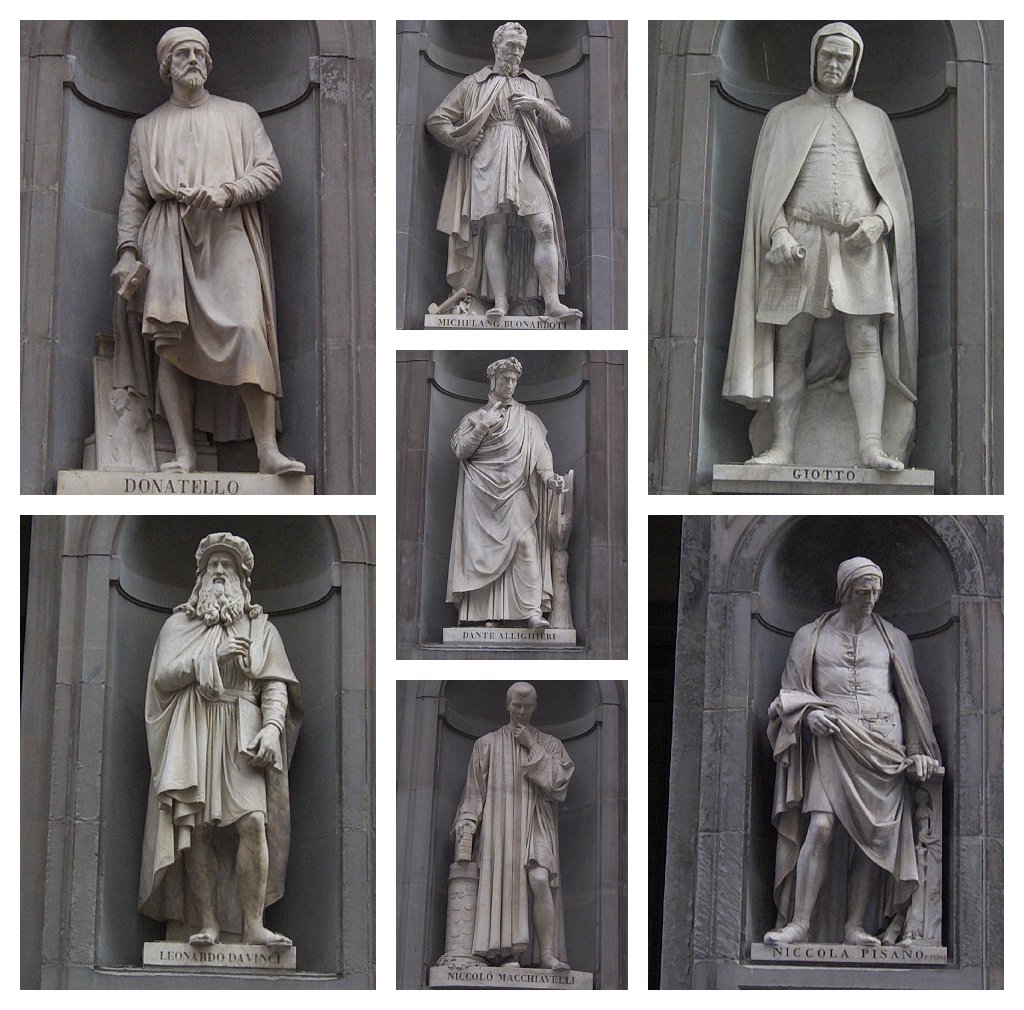 The late October weather did take a turn for the worse and we had drizzle and fog, meaning that shots of the famous red tiled roofs, weren’t quite as vibrant as they could have been. Definitely, another reason to return. 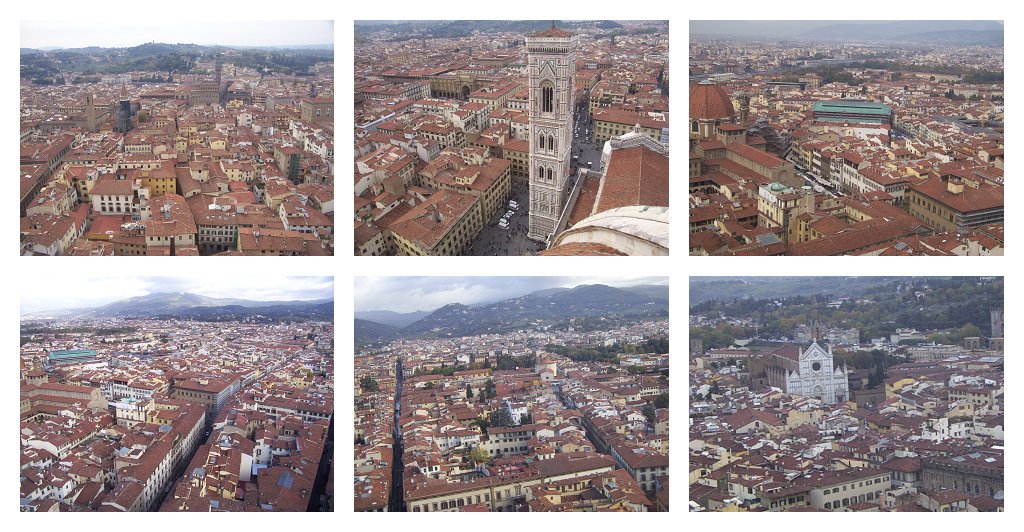 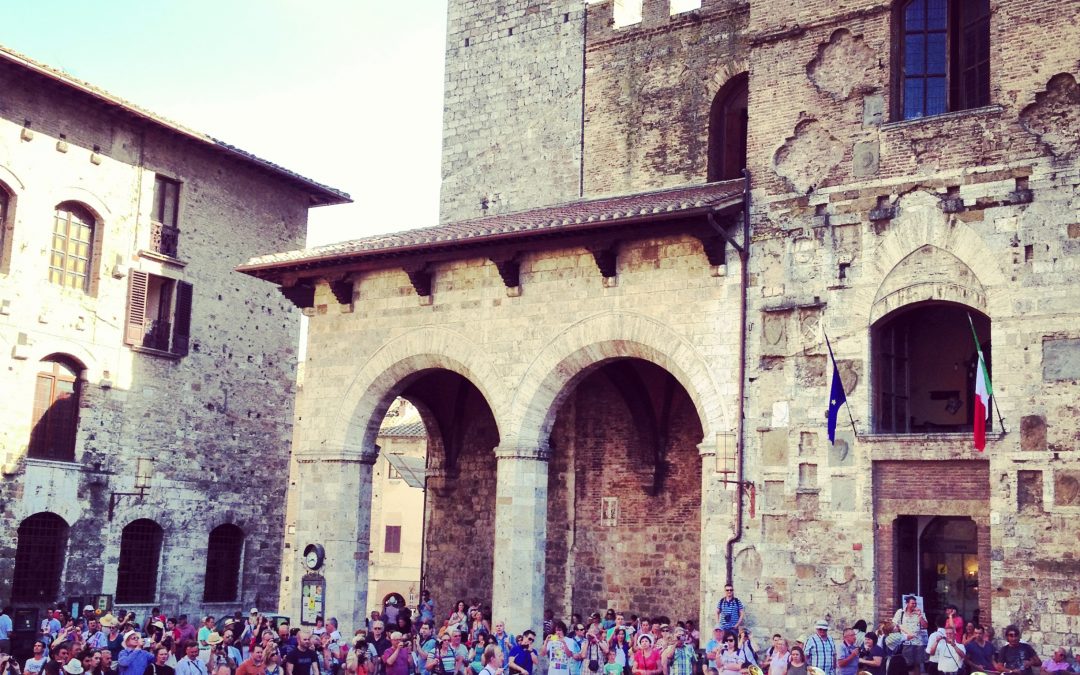 Tuscany is an area of Italy I’ve never really discovered -I’ve visited & stayed in Florence and Pisa, but have never before experienced the rolling hills and fields full of sunflowers, which seem to be so associated with this part of Italy. But, in the first week of September, that was put right, with a stay in a small Tuscan town, about 30 km south west of Pisa (where we flew into direct from Manchester), called Santa Luce. Sadly, we’d missed the sunflowers in full bloom, but it was still very, very warm! And even though we’d had a lovely English summer, it was a different kind of warmth – an Italian warmth.

We were staying with friends, so the villa we stayed in was slightly bigger and more grand than if we had been on our own, but a gorgeous way to end a very busy summer and begin a bit of relaxation… 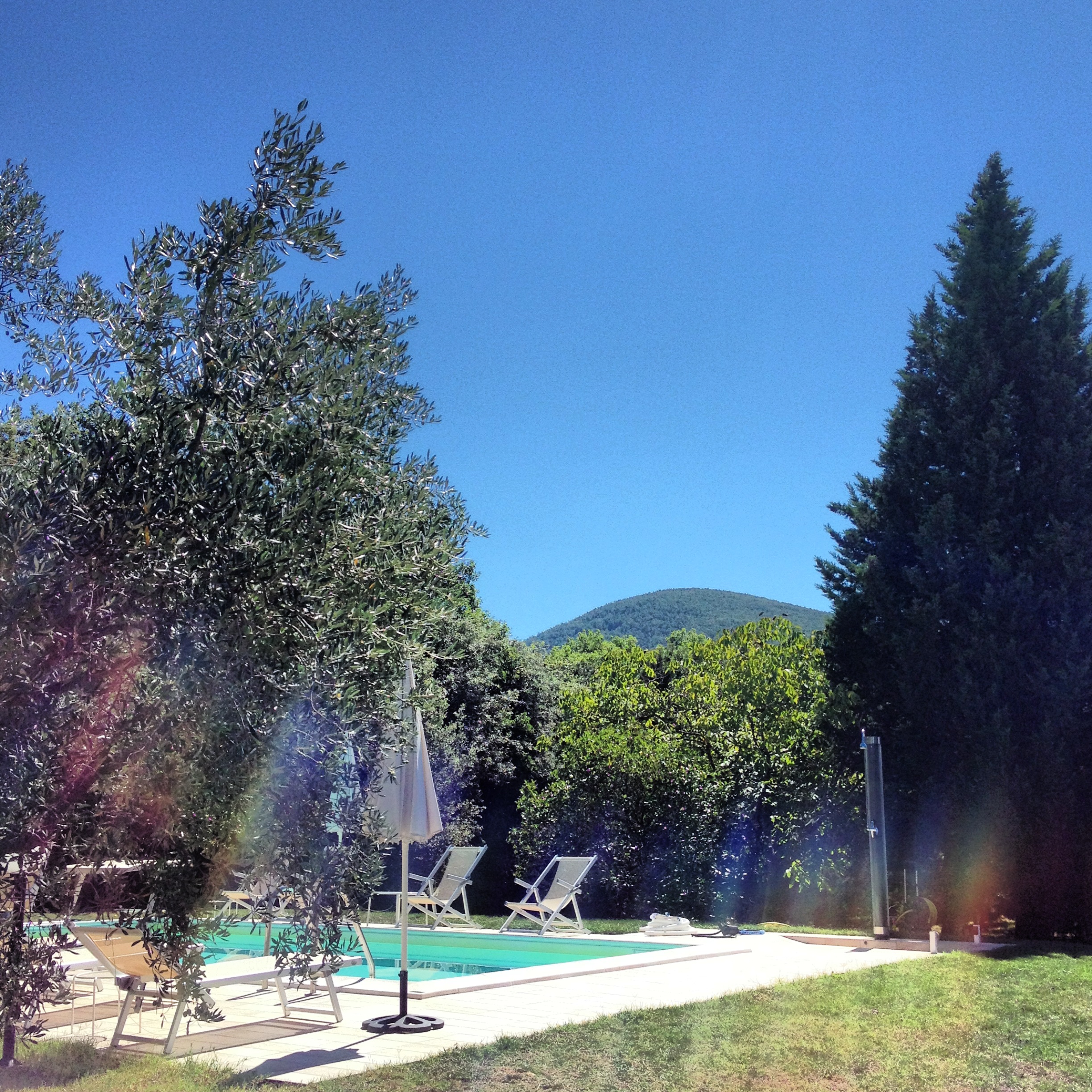 Santa Luce is a small town. You definitely need your own transport as it’s also fairly isolated. However, it is possible to get to Pisa, Florence and Lucca for a day trip as motorway access is good (the FiPiLi – Florence Pisa Livorno road – is the quickest way to get around the region). We visited the Tuscan coast – there are plenty of beaches along the “Toscana Riviera” but Vada, with its white sand fringed with pine woods,  is probably the most well known… 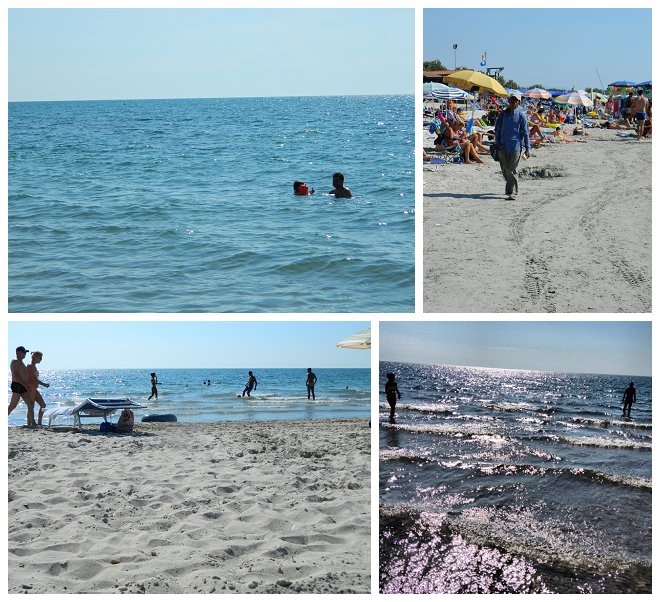 A little further afield, but well worth the drive, is the medieval walled hilltop town of San Gimignano, famous for its fourteen towers of varying heights, which dominate the skyline. The town is very much geared up for tourism – there are huge car parks at the foot of the hill and the streets are full of shops selling miniature towers etc – but it is still a must see. We were lucky that we visited on a Tuesday in early September – not a weekend in July or August – as there weren’t crowds and it was easy to get around. And find a parking space, which I guess are at a premium in the height of summer… 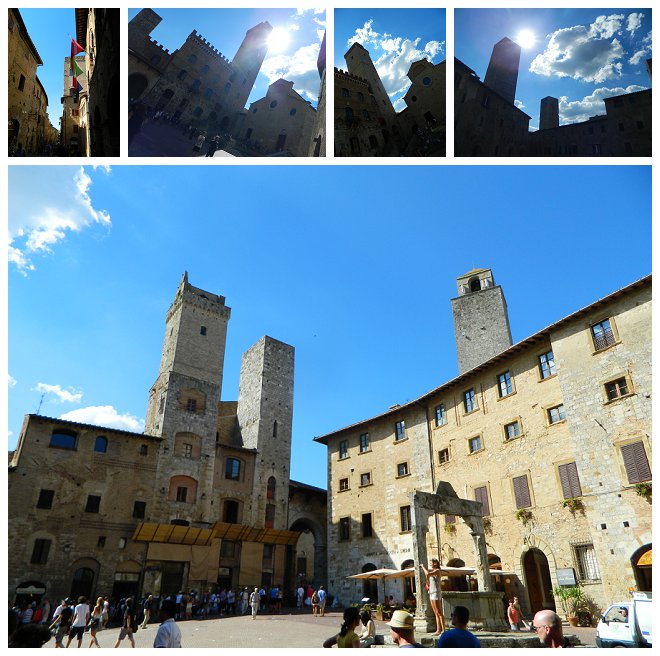 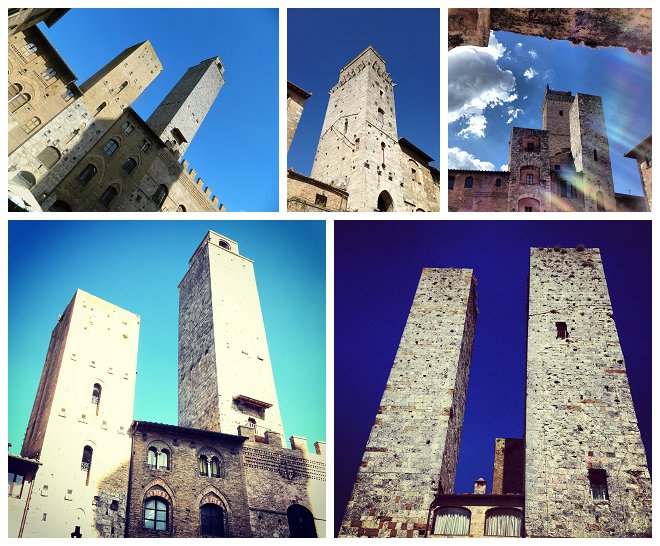 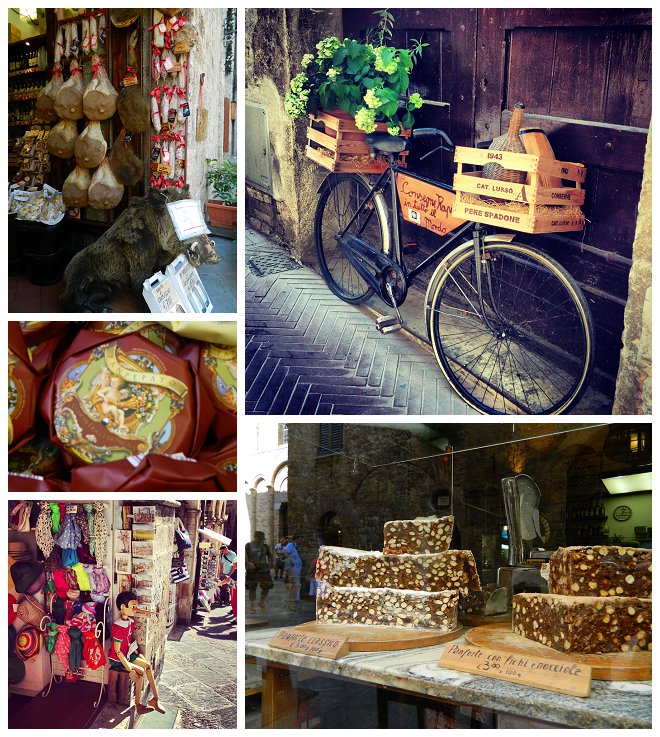