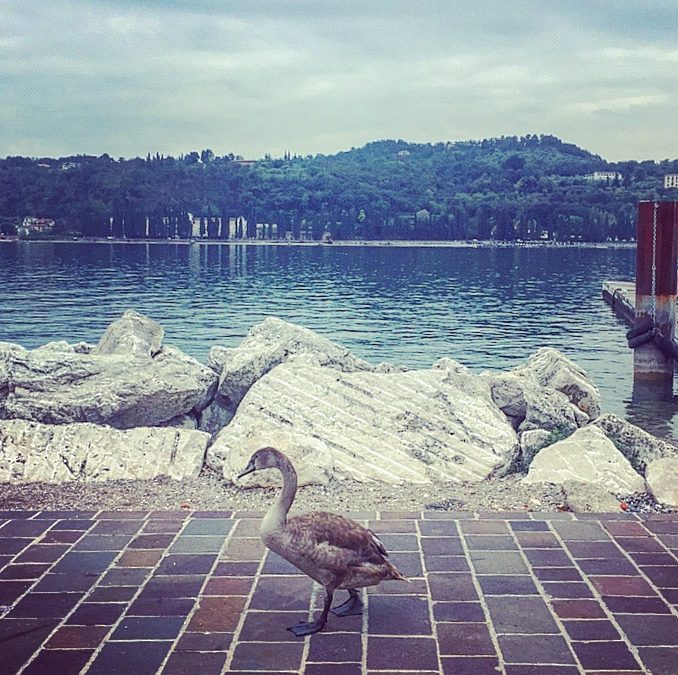 When we visited Brescia, not too long ago, we decided to visit the town of Salò, located on the western banks of Lake Garda. I’d seen Salò on Francesco da Mosto’s “Italy : Top to Toe” and was fascinated by it. As we were so close, it seemed a wasted opportunity not to visit the town that Mussolini made the capital of his puppet republic from 1943-1945.

Because the day was very overcast, and actually quite cold, we didn’t get to explore quite as much as we’d intended, but what we did see, was something of a real surprise. I think I had expected it to be almost museum-like, and with a real nod to its recent history. I’m sure that if you desperately wanted to seek out references to the Mussolini era, you could – but we found it to be a very beautiful lakeside town, which is definitely worthy of a revisit.

We were there in late September, so the tourist season was coming to a close, but you could still get an appreciation of what it might be like in the summer. Restaurants and bars and very swish boutiques line the shore, with pastel coloured houses and apartments, behind the front, up and along the cobbled streets. Every now and again, a glimpse of an amazing gated villa or residence – there’s definitely no shortage of money in this part of Salò! Fishing boats bobbed along the perimeter of the lake, as well as larger vessels moored up – again, no shortage of pennies here. 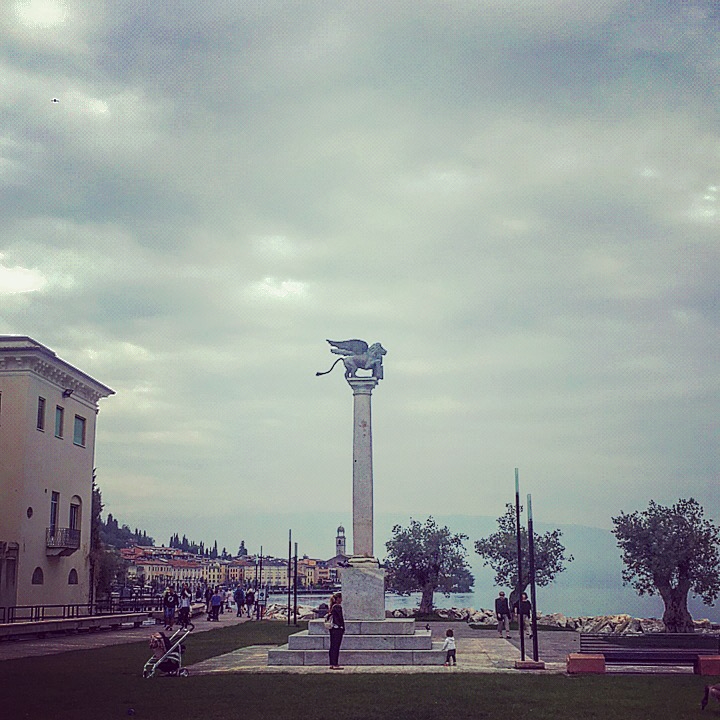 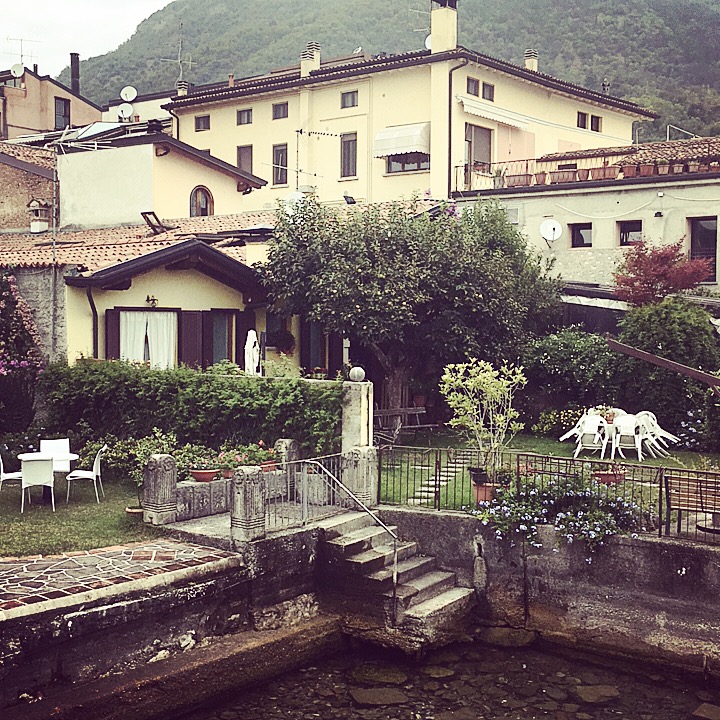 Private steps, from the front garden, down into Lake Garda… 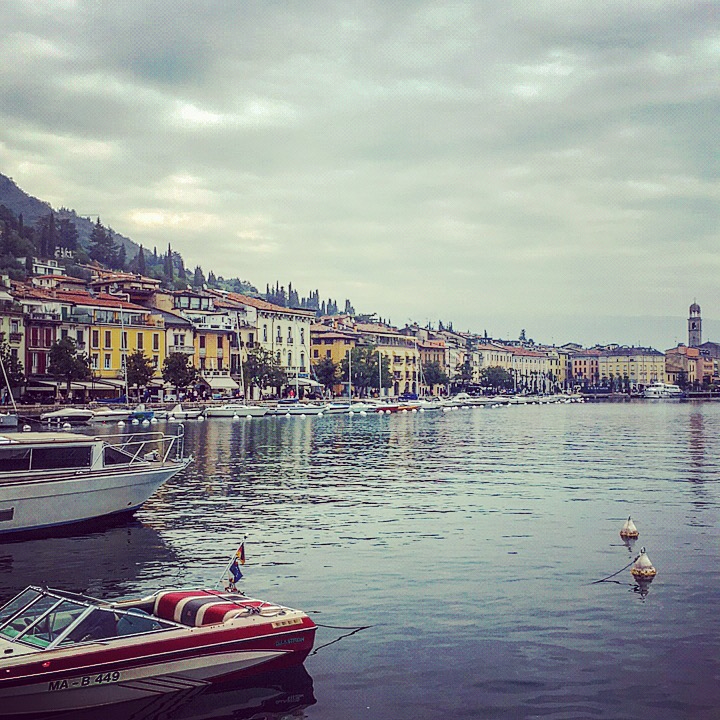 Despite the grey, overcast day, Salo was still very pretty.

We even managed to catch the Exhibition of Madness, an off-shoot from the Museo di Salo, on the lake promenade. In an industrial container – “L’Intonapensieri” – there was a preview of the exhibition that hosted nine interactive installations with poems written by important figures such as Antonio Ligabue, Franco Basaglia and Alda Merini. Pretty bizarre it was, too – and maybe not for those with a slightly nervous disposition. 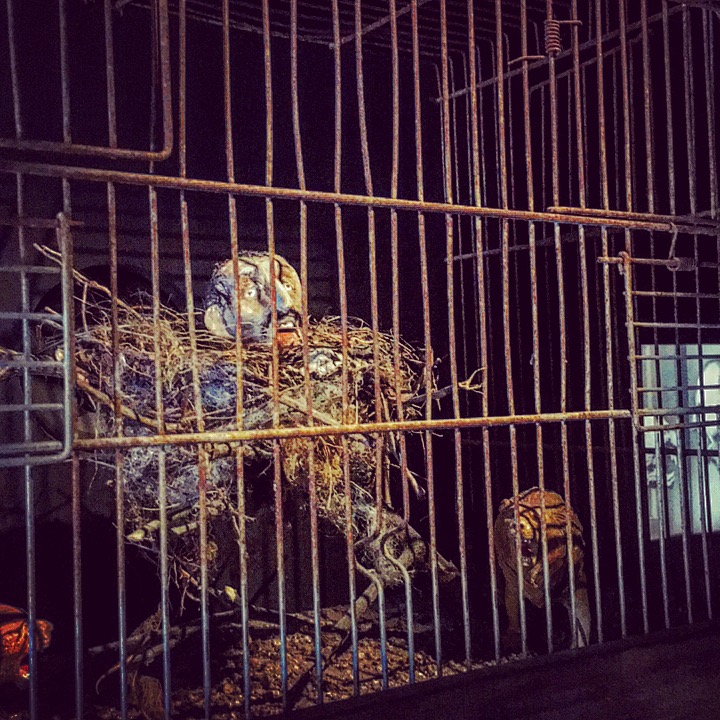 Salò, despite its fairly recent association with Mussolini and Facism, is now a genteel kind of town, with grand buildings tree lined promenades. And, perhaps in an effort to get away from recent history, the last hide-out of Mussolini and his mistress, Claretta Petacci, is now the the very boutique, Villa Fiordaliso… 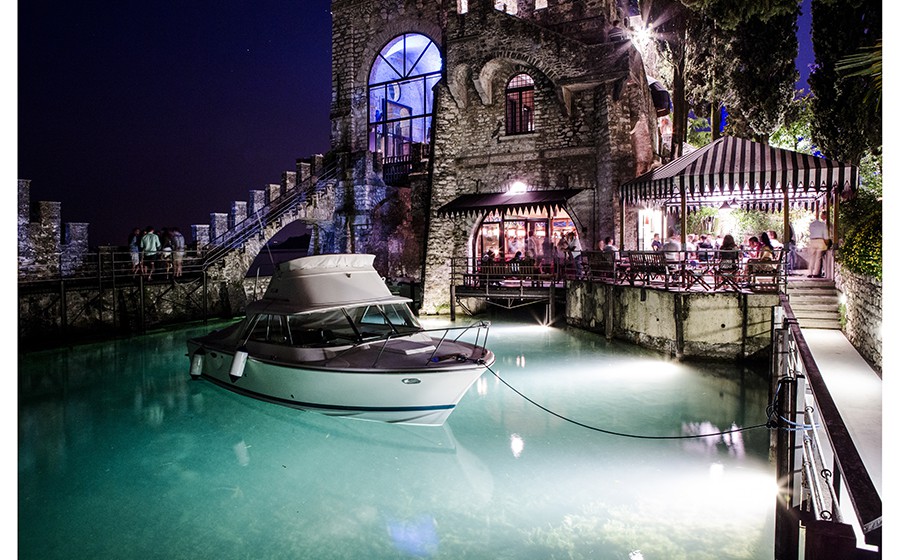