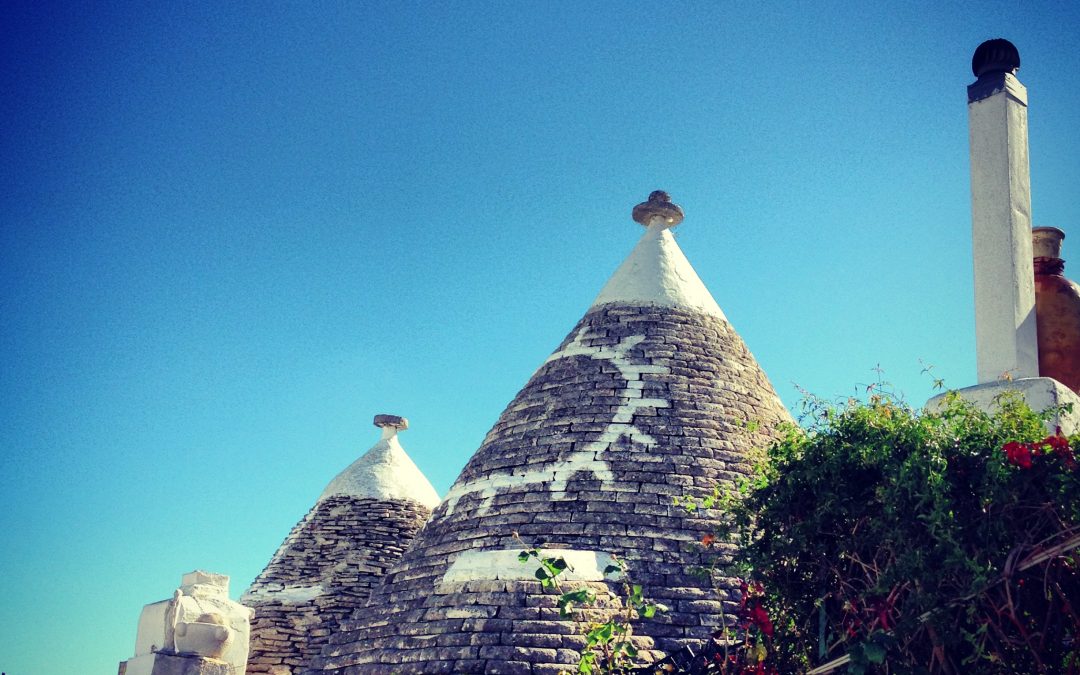 Living now in Istria, the tiny heart shaped peninsula, right up in the north of Croatia – bordering Slovenia, close to Trieste and across the Adriatic from Venice – we are very lucky that we can now travel to Italy very easily. Muggia is our closest Italian town, and we can be there in about half an hour, taking the coastal route along what’s called the Slovenian Riviera. Previously, when we lived back in Manchester, Italy was a flight away, and certainly not somewhere we’d have considered driving to. But, we did drive around Italy, on a road trip in 2013 and this cemented our love of this country. And, nowhere more so than in the south, an area undiscovered by us previously. The furthest south we had been before had been Naples and Pompeii and we’d not ventured over to the other side of the heel of Italy. But, in late summer/early autumn of 2013, our adventure took us over to the Apulia region and we found our love of this amazing country, strengthened even further.

From the beautiful coastline of the Adriatic and the bustling cities of Bari and Brindisi, to the iconic whitewashed hill towns, to the incredible architectural spectacle of Alberobello, we loved everywhere we visited. And, nearly ten years later, we’re planning a return. But for a very different reason, this time… 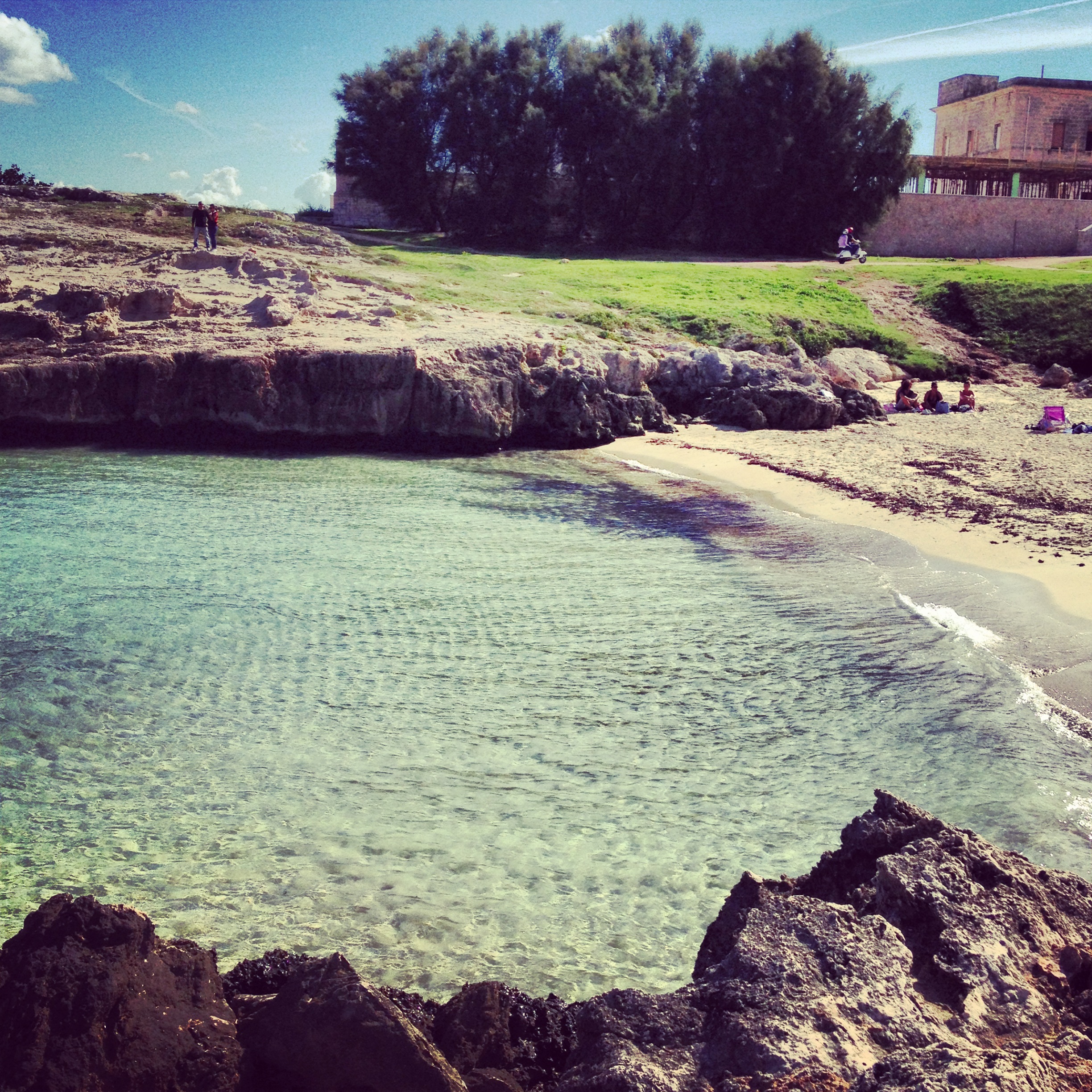 A tiny bay, just outside the beautiful town of Monopoli 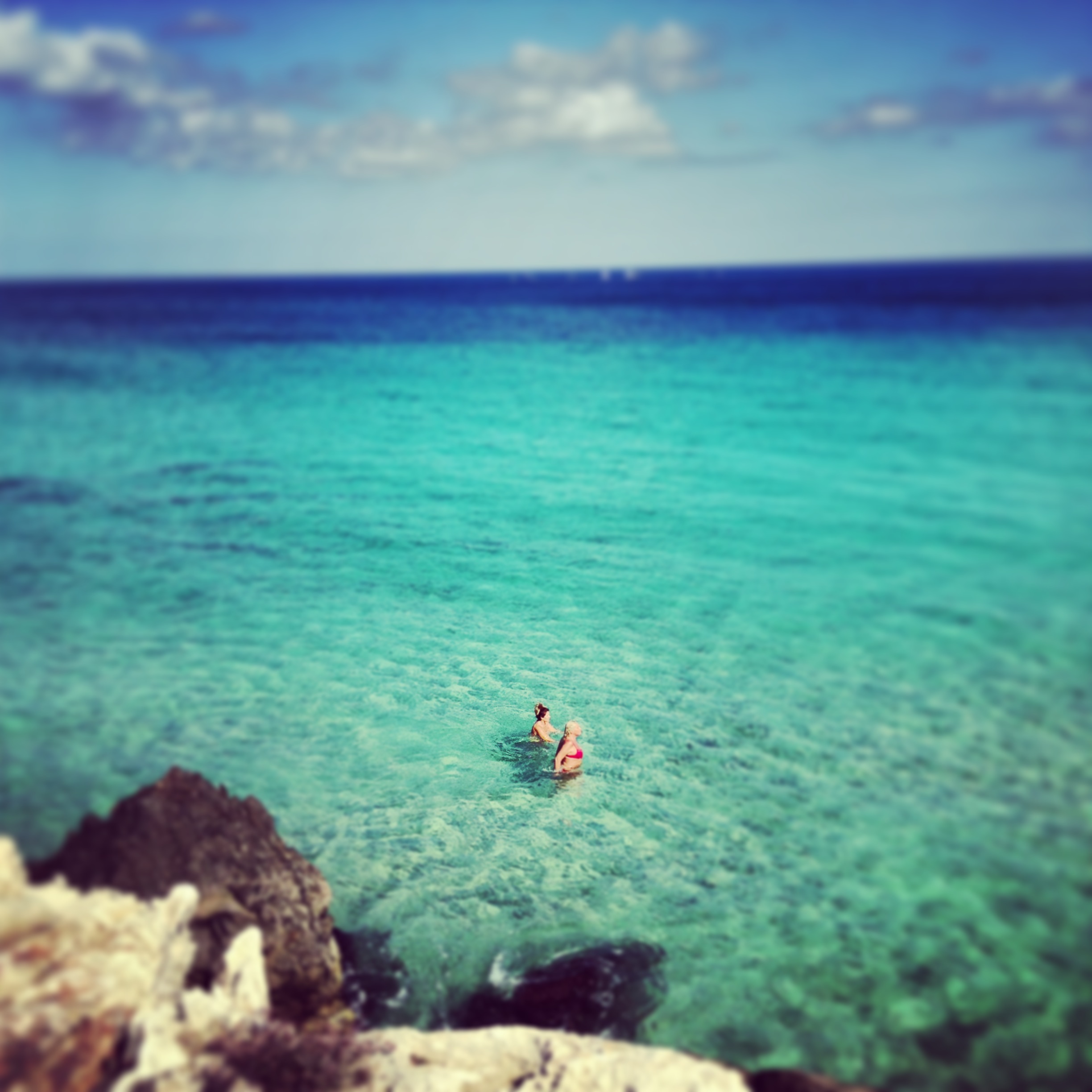 The photo, above, is a real stand out memory from our time spent in Monopoli. We were there mid-October, but it was still warm enough for people to be on the beach over the weekend, and like these two women, taking their morning stroll in the shallow waters of this Adriatic bay. It’s something we still talk about and this obviously made a real impression on us, as our thoughts do keep returning to this area. 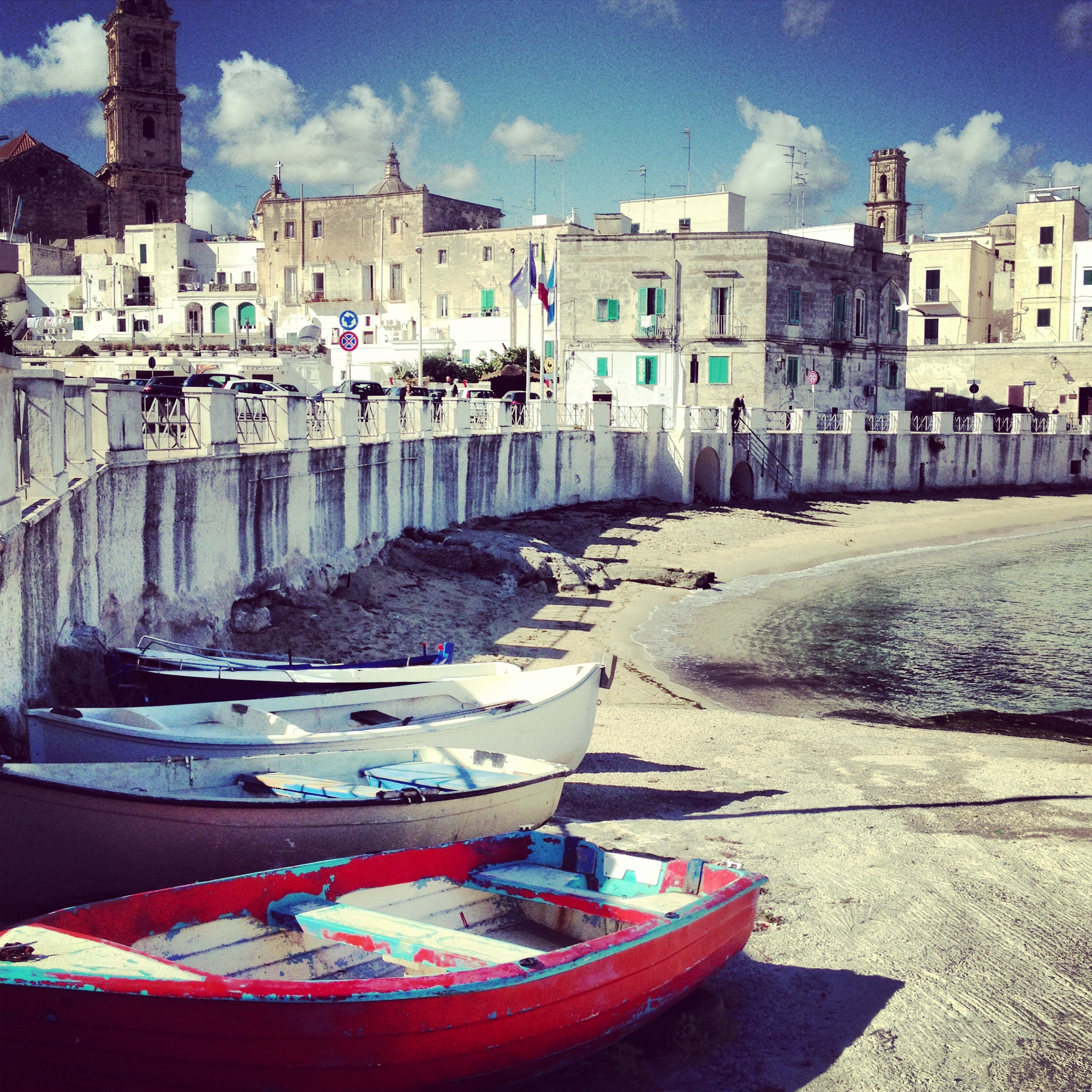 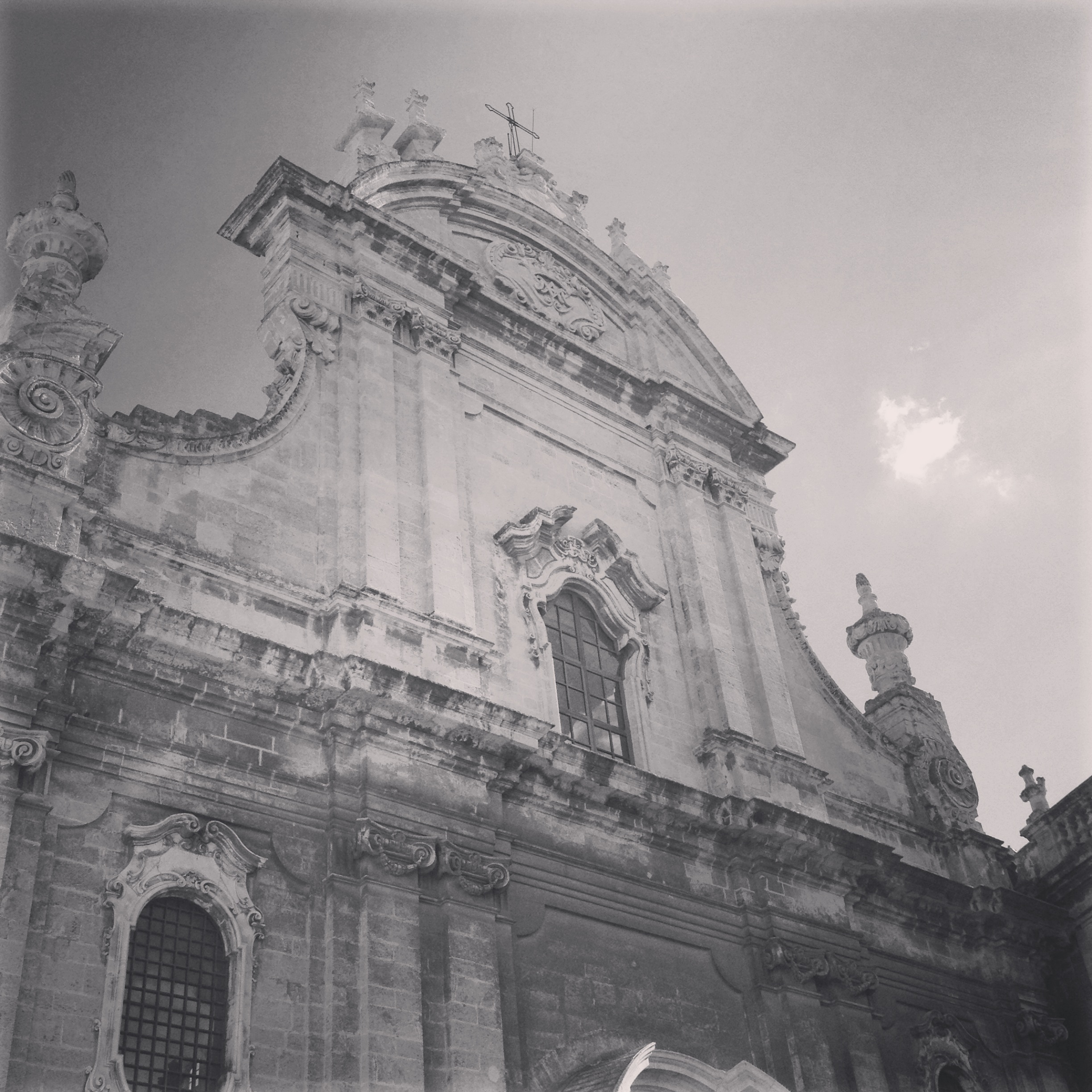 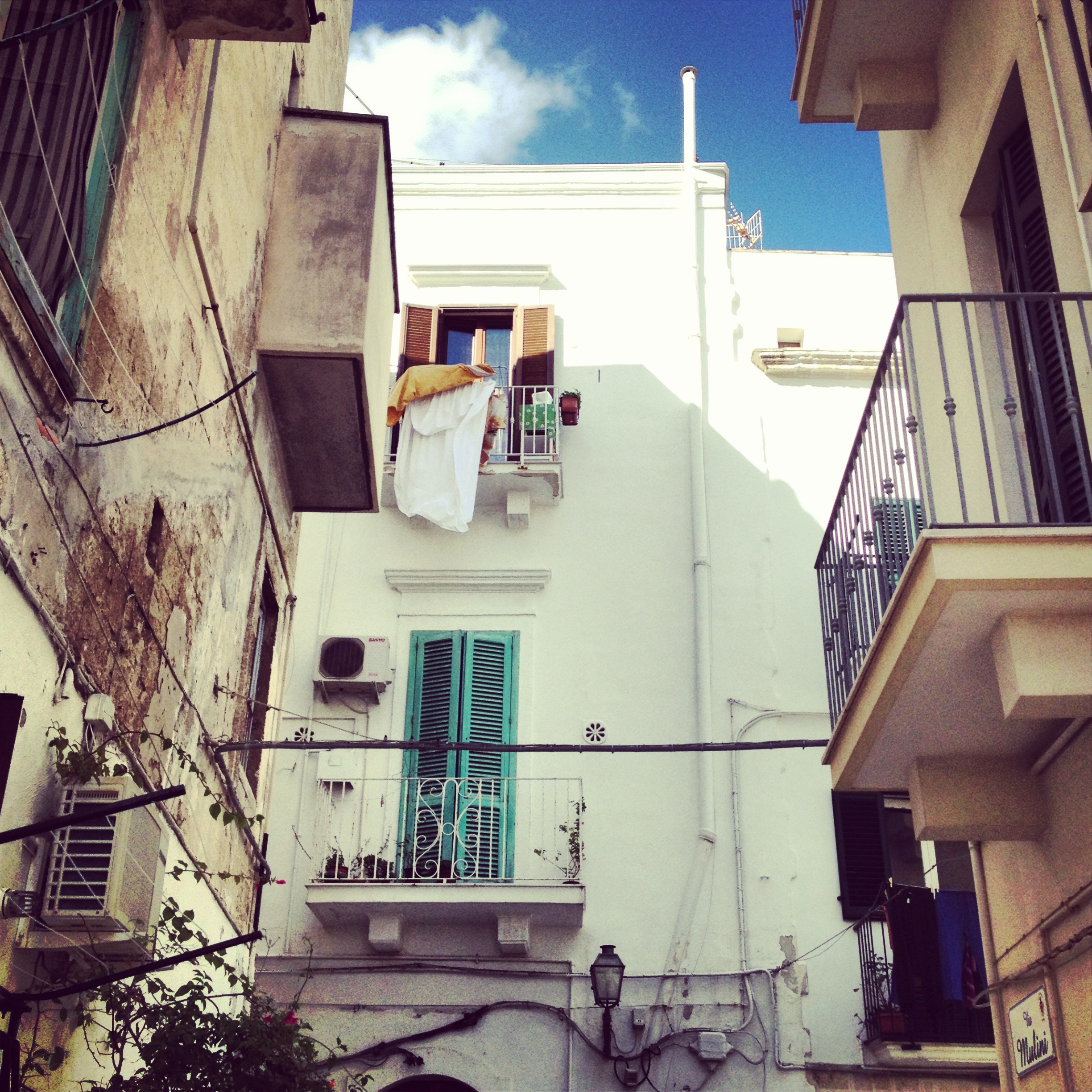 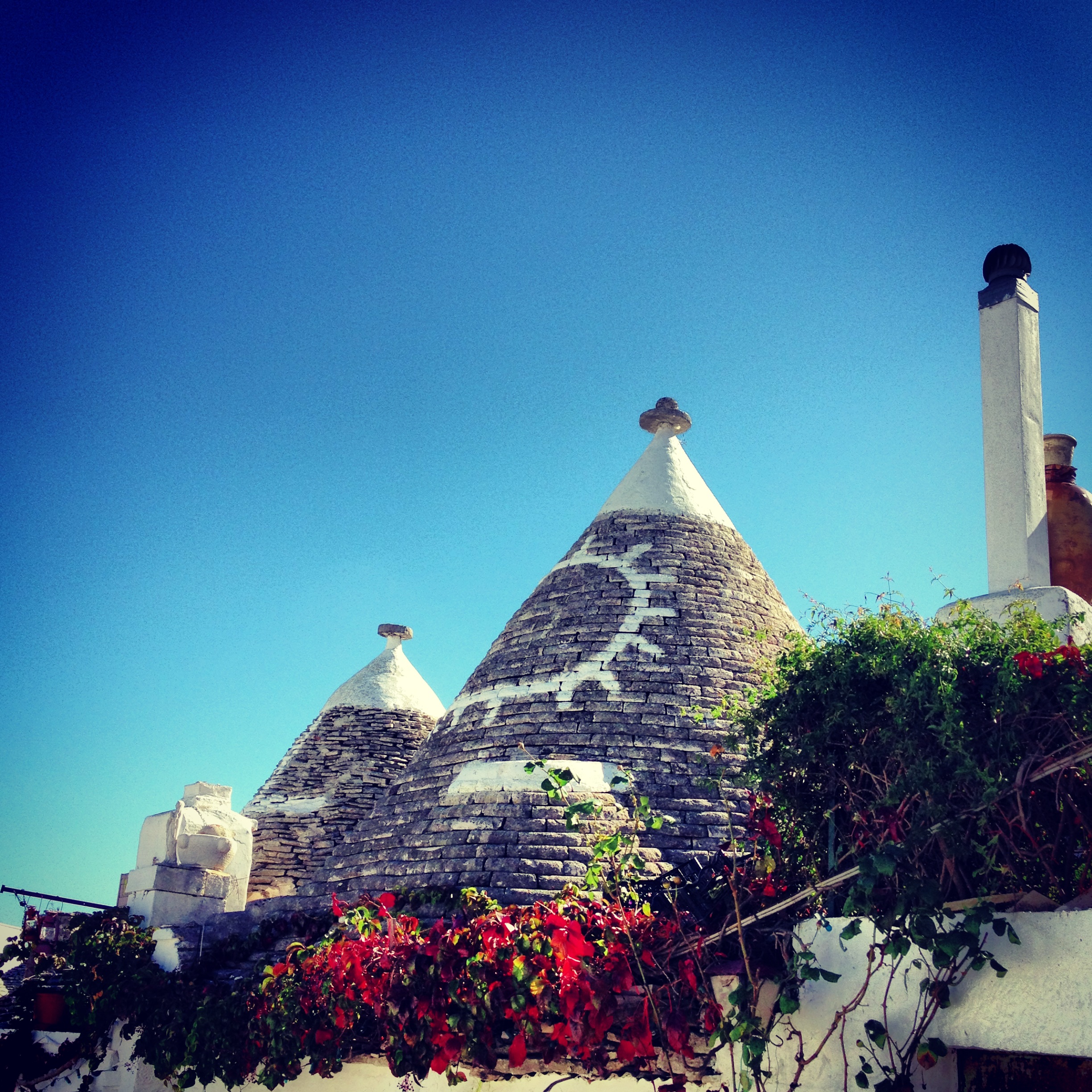 The trulli of Alberobello 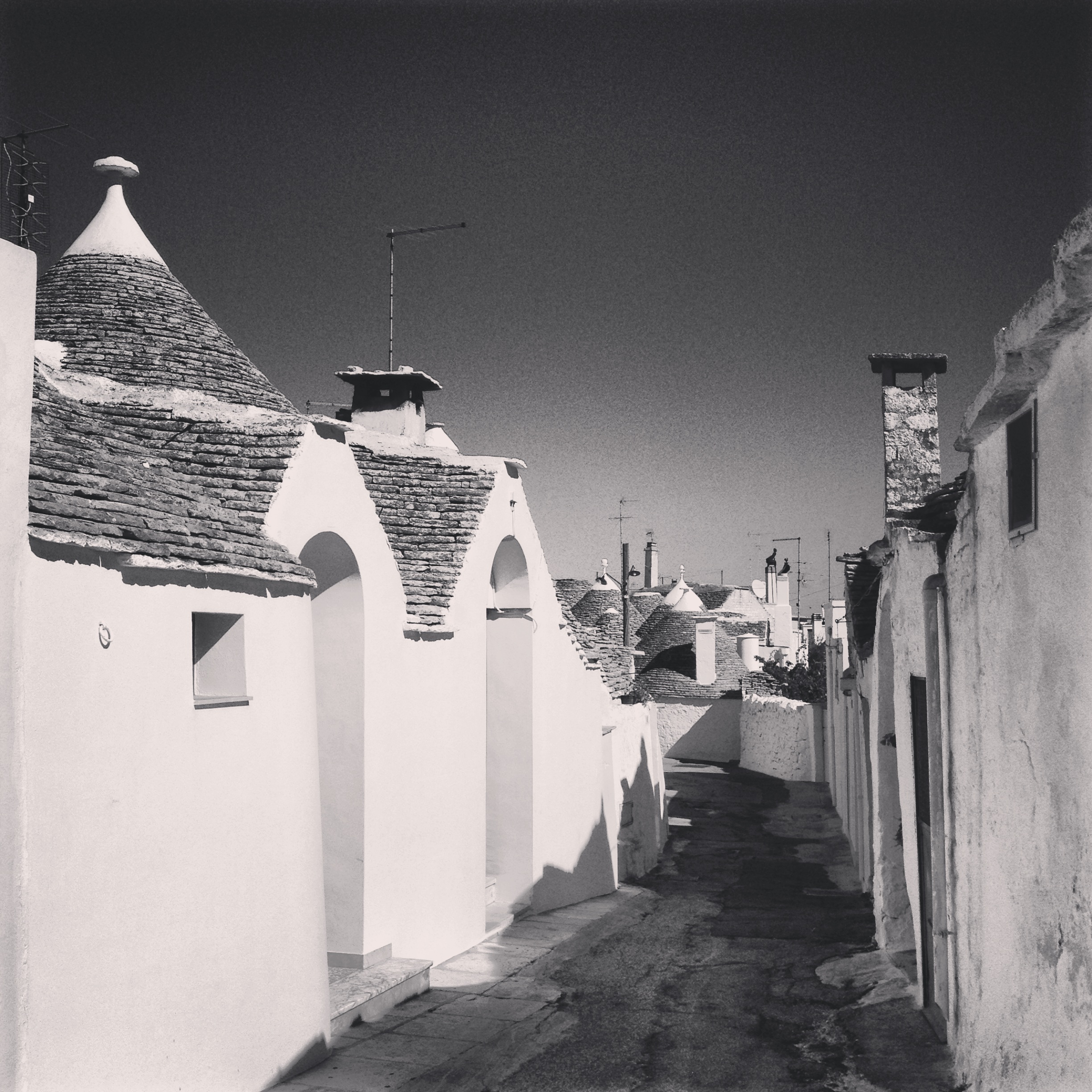 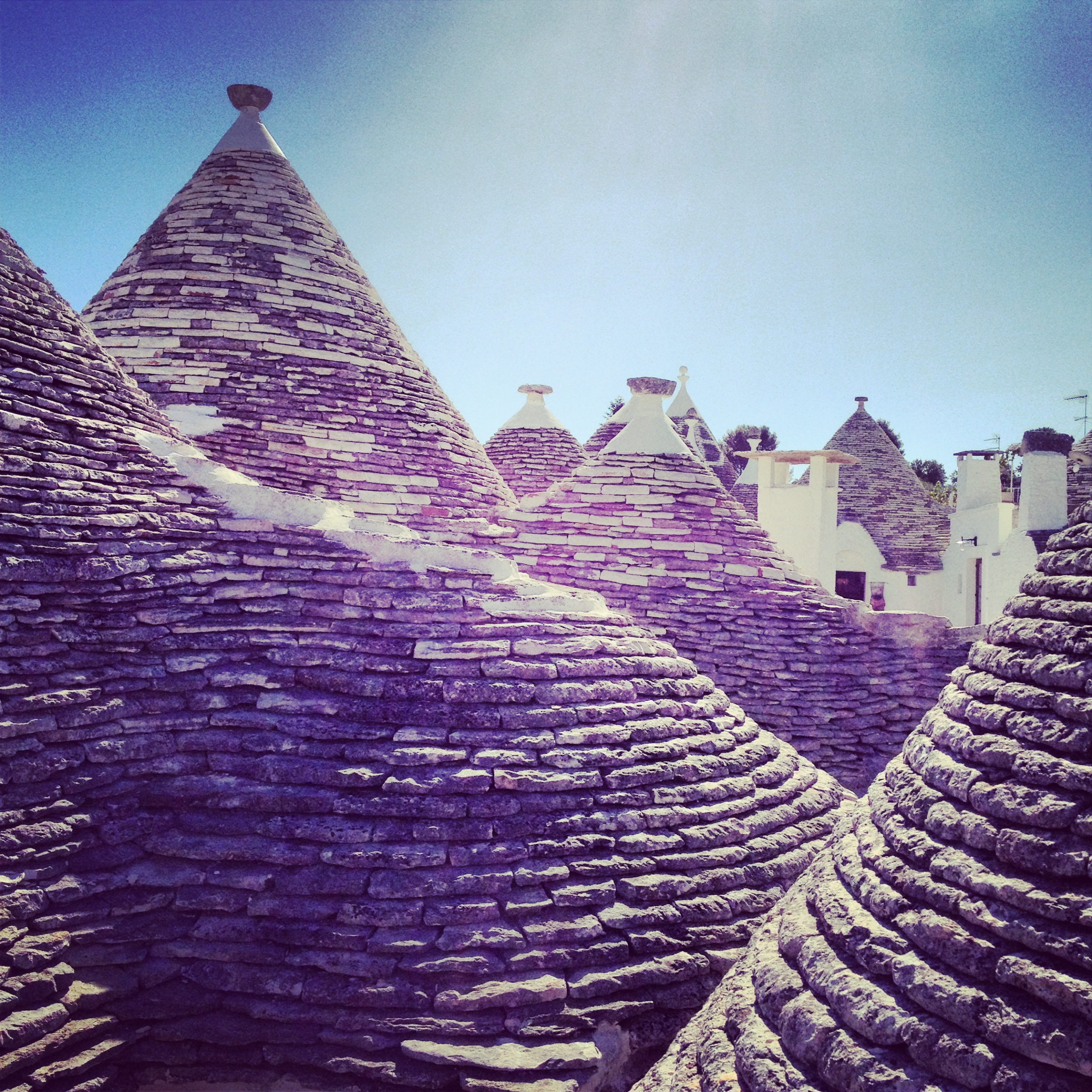 Alberobello houses about 1500 trulli in its historic centre. With their circular shape, the trulli had to be built dry, without mortar, in order to allow them to be easily dismantled and reassembled and therefore avoid paying the ‘building tax‘ imposed by the Kingdom of Naples. It also is the only town whose historical centre is made up of trulli. It’s as magical as I always imagined it would be. Conical roofs – pinnacoli – are often adorned with a painted symbol. Their origin is unknown but they usually have a religious or astrological meaning, and may include planetary signs, the malocchi (evil eye), crosses, hearts and stars. 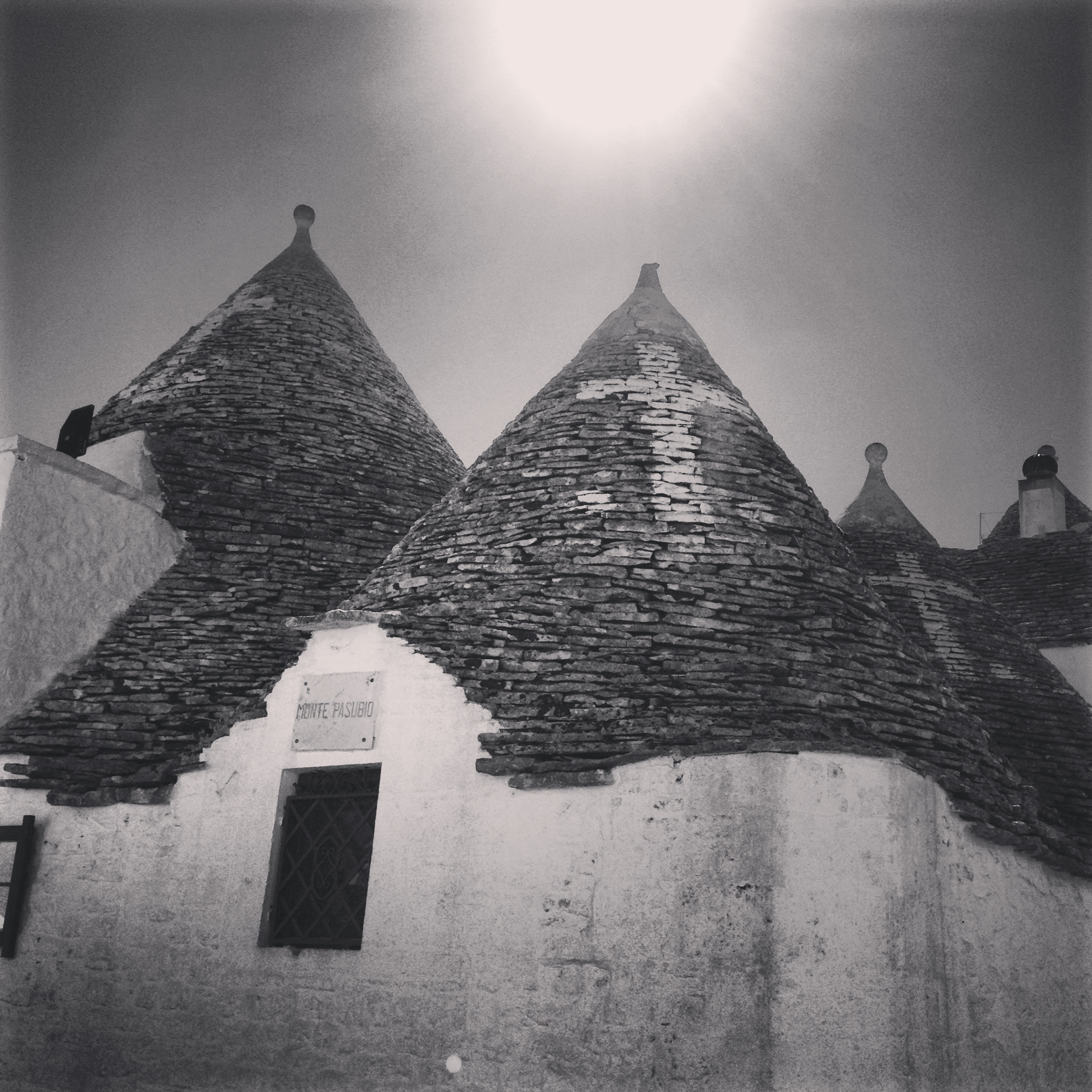 Many of the trulli have now been renovated and provide tourist accommodation. Some are now shops, selling traditional wares from the area, including the most gorgeous hazelnut liquer, which will definitely be on our shopping list when we return. We did stay in a trullo, but ours was about ten minutes from Alberobello, in the countryside, with amazing views down to the Adriatic. With hindsight, we’d probably not stay in a location quite as quiet, and would probably opt for somewhere like Locorotondo, Ostuni or Martina Franca. But, it was a real experience. We had a self-contained trullo, with a large living room and kitchen, a bedroom and a bathroom – and those all important pinnacoli. As well as a large terrace, there was also a swimming pool – a real bonus as I’m guessing pools are at a premium in the towns. 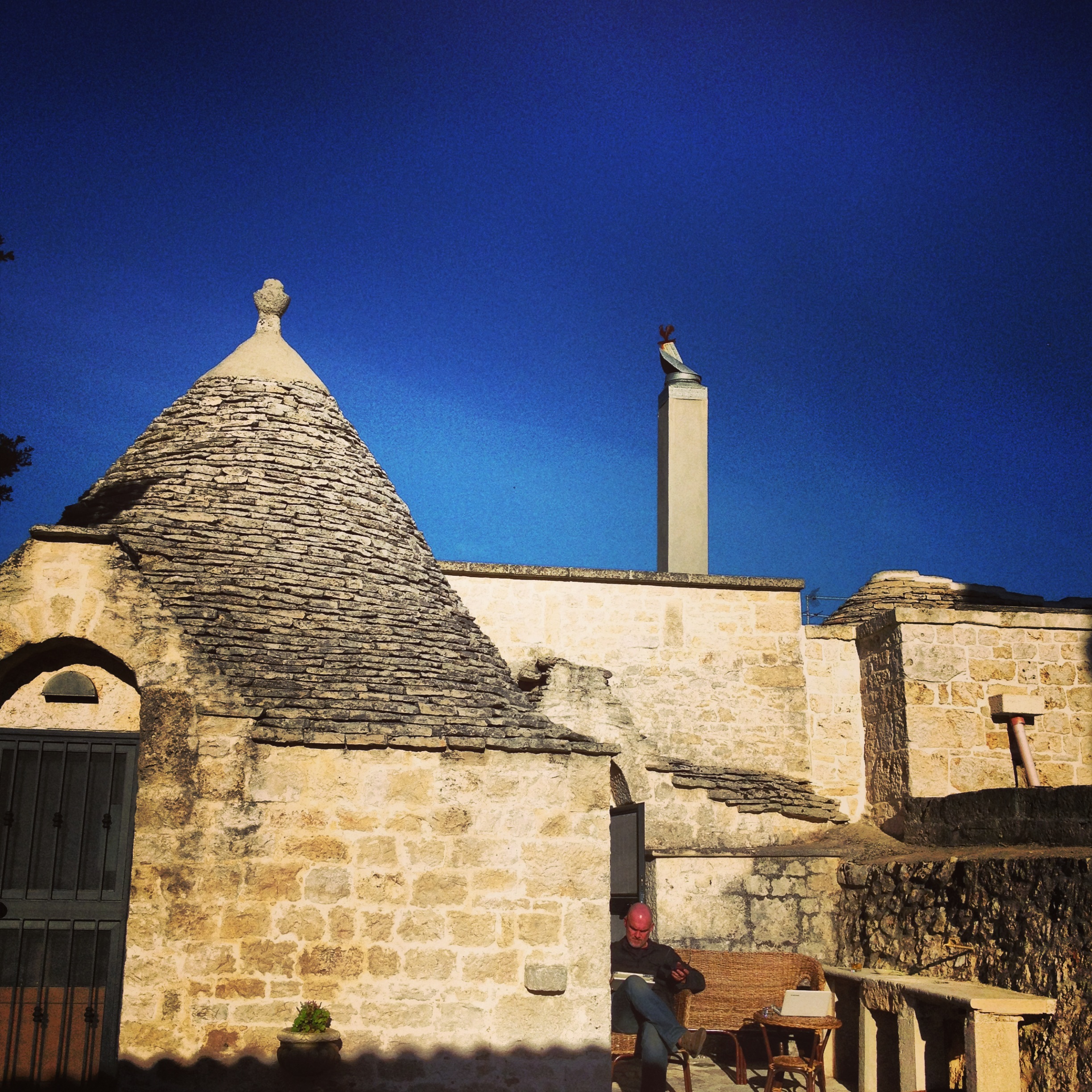 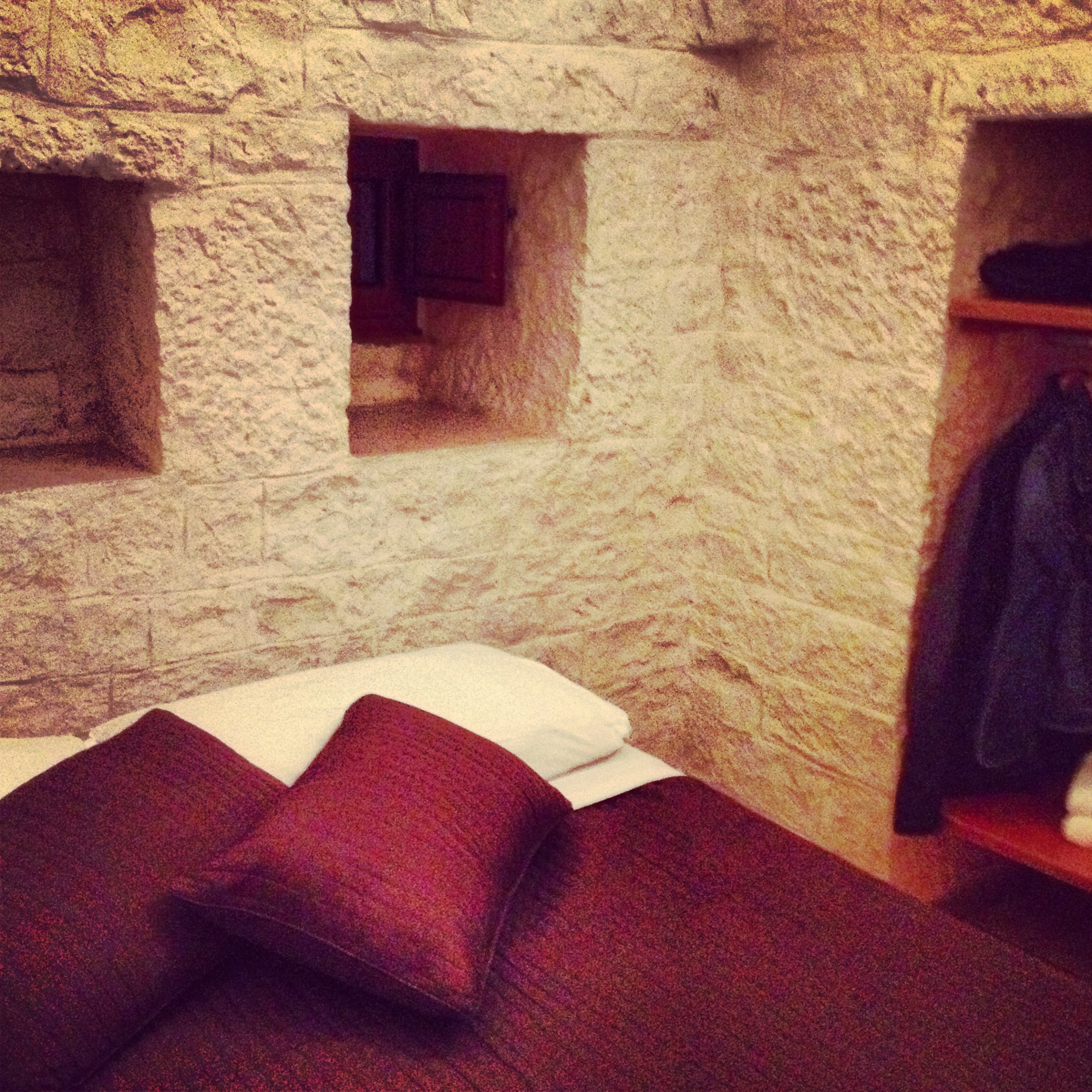 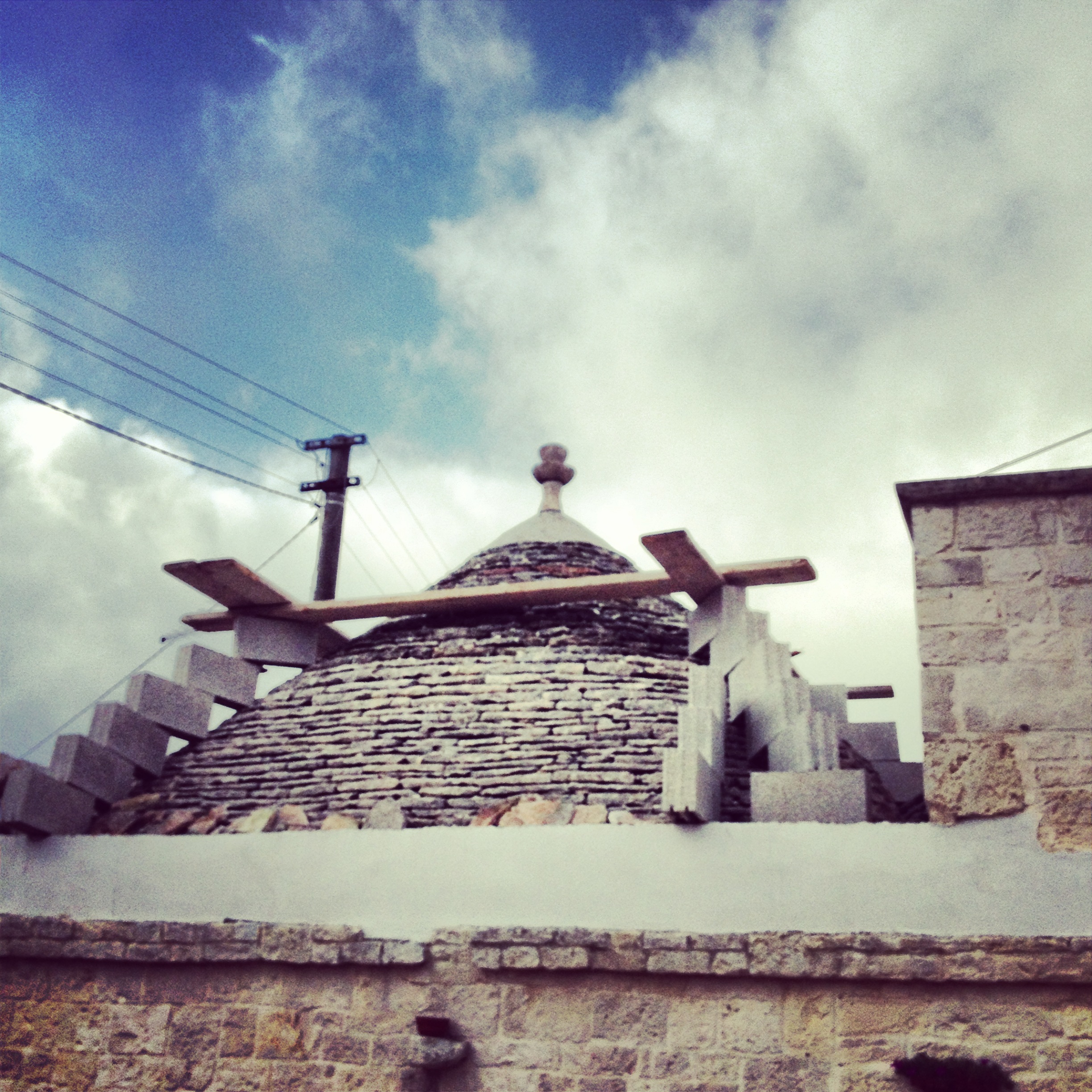 Traditional repair of a conical roof

So, plans are afoot to do another road trip down to this region of Italy, but this time, with a very different purpose. Not just a nice holiday jaunt – although we’ll make sure that we do enjoy ourselves – but with a view to looking at properties. We are spending the winter focusing on the renovation of our home in Istria, and when we are happy that we have done everything that we need to do it, we will start to market it again. And, by that time, we feel that we will have done our time in beautiful Istria, and be ready – and very prepared – for our next European adventure…