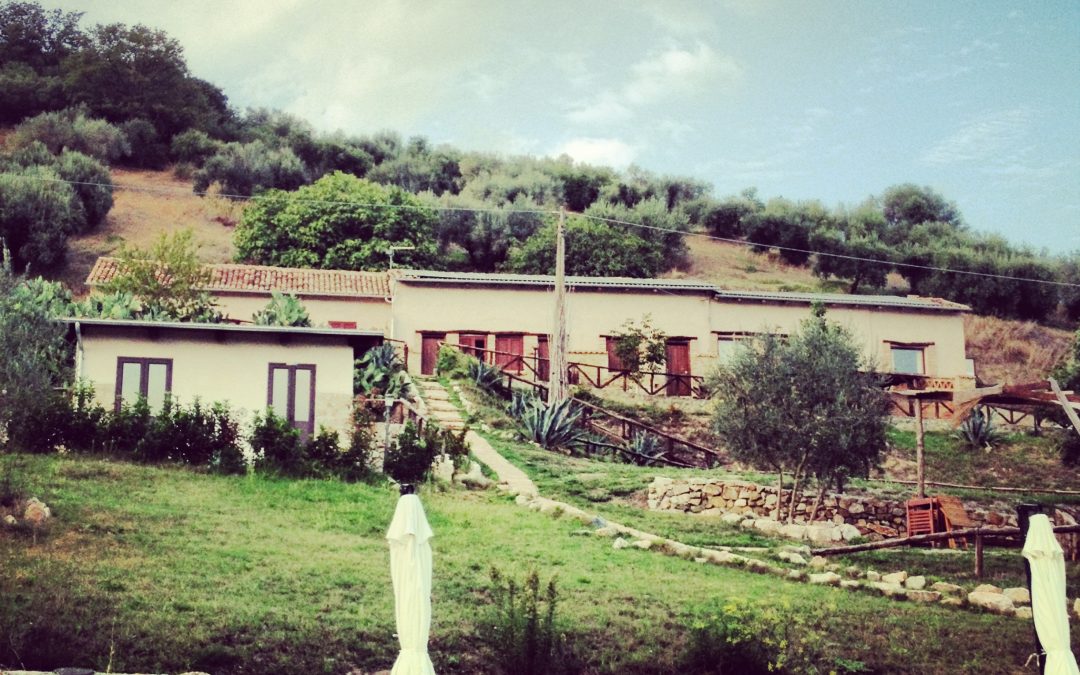 On our road trip around Italy, driving in the Calabrian south was tiring, so we needed to break the journey up from Villa San Giovanni (where you cross to & from Sicily) to Matera and so consulted our trusty oracles – a well thumbed road map and google. Tarsia seemed to be a place that was just about equi-distant, but very remote. As boutique style hotels seemed to be a bit on the sparse side, we plumped for the agriturismo option.

We found Agriturismo B&B Mandria Del Dottore Toscana through a series of internet searches – although it has to be said, finding it online is MUCH easier than finding it in reality. We got to Tarsia relatively easily, then the trail went cold. One thing we have realised is that Italian road signage, once you’re off the main roads, is pretty rubbish. Road  signs are often covered in vines/foliage, or twisted, or burned, or simply not there. After about an hour of aimless driving around, we gave up and asked for directions in a very small bar. We clearly weren’t the first to do this as a call was made and 15 minutes later, a car arrived, we followed & after many twists and turns across hilly countryside, arrived at our destination. 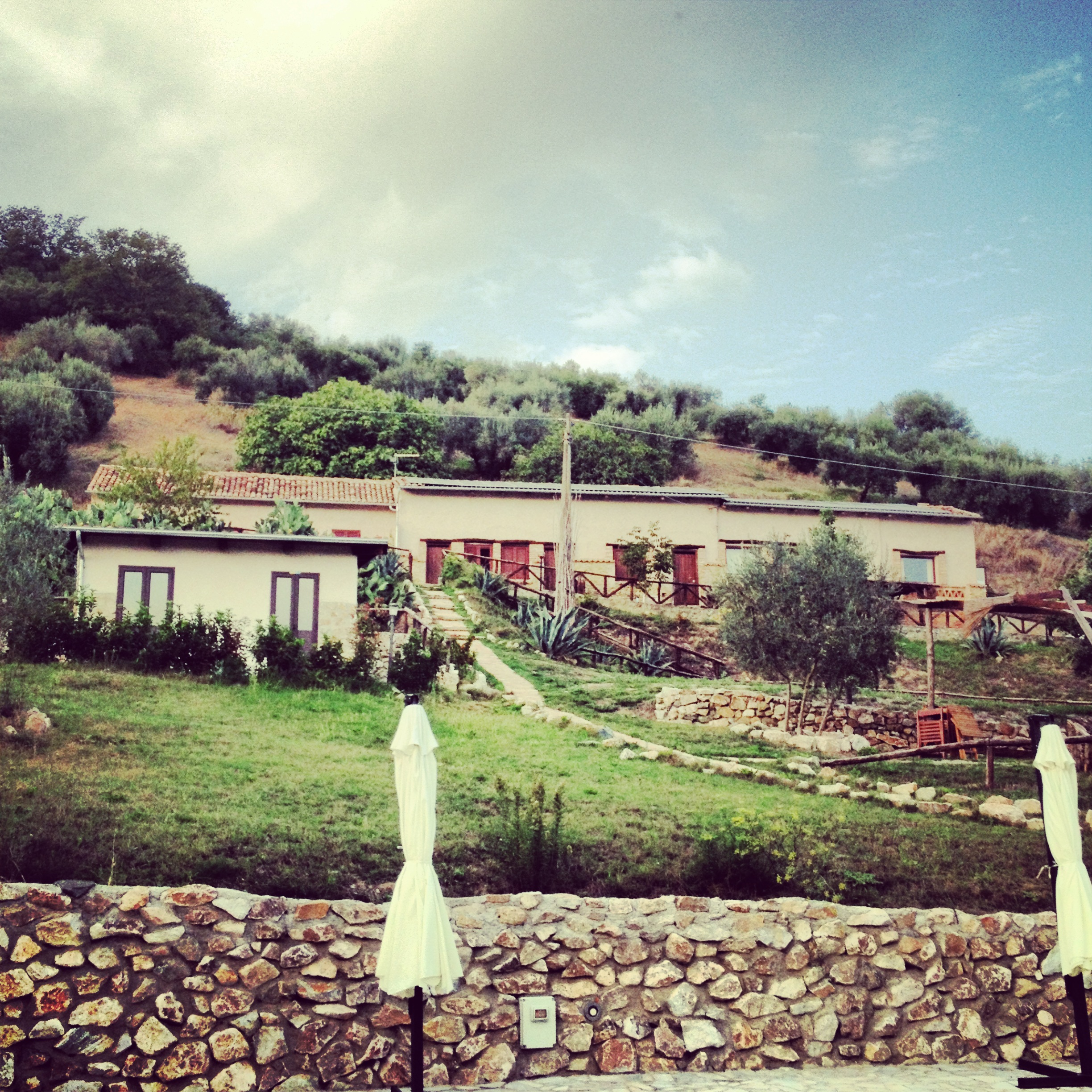 This was definitely a very rural location, so if you’re after a wild night of clubbing, this farmhouse won’t appeal. Set in acres of rolling hills, there is literally nothing else around you – apart from horses, olive groves and beautiful silence. We felt the need to whisper until we realised that actually no-one else was around to hear us. I think the owners clocked on that we were a little bit stressed when we arrived, and a bottle of their own wine was put out on the table in front of us, with two glasses. Very little communication as they spoke no English, and our Italian, at the time, was pretty basic – but a generous gesture is a generous gesture in whatever language. 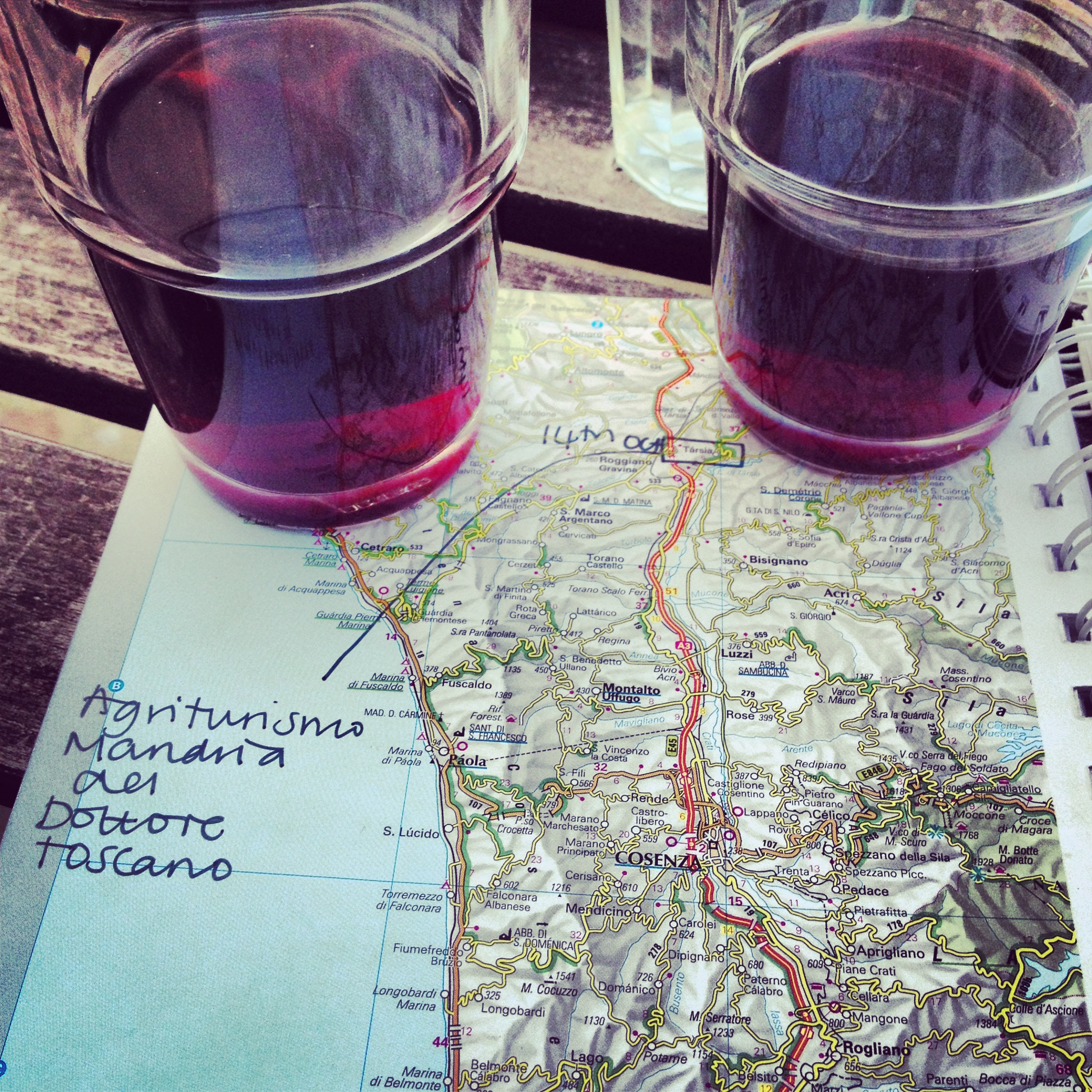 A welcome drink. Much appreciated…

The owners live on the farm, and it is a working farm. It’s rustic and rural and although not full of the most modern amenities, it’s perfect for a bit of a get-away. Most importantly, the bed was super comfortable – something that Italians do hold in high regard as we have not slept in anything other than VERY comfortable since we’ve been away. The bathroom was spotless, with a great sized shower, too. A definite plus point. 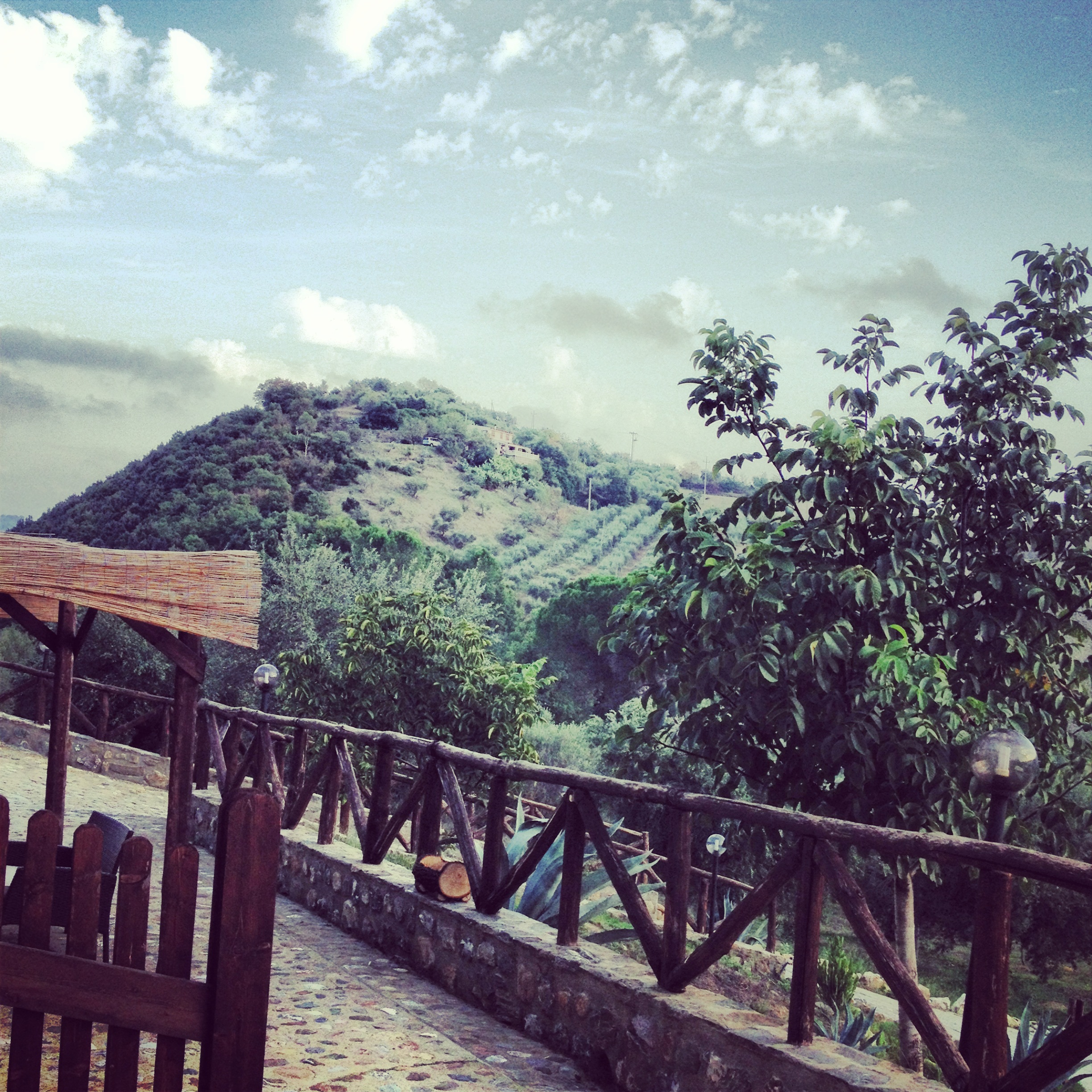 Splendid isolation, especially after the hustle & bustle of Sicily. 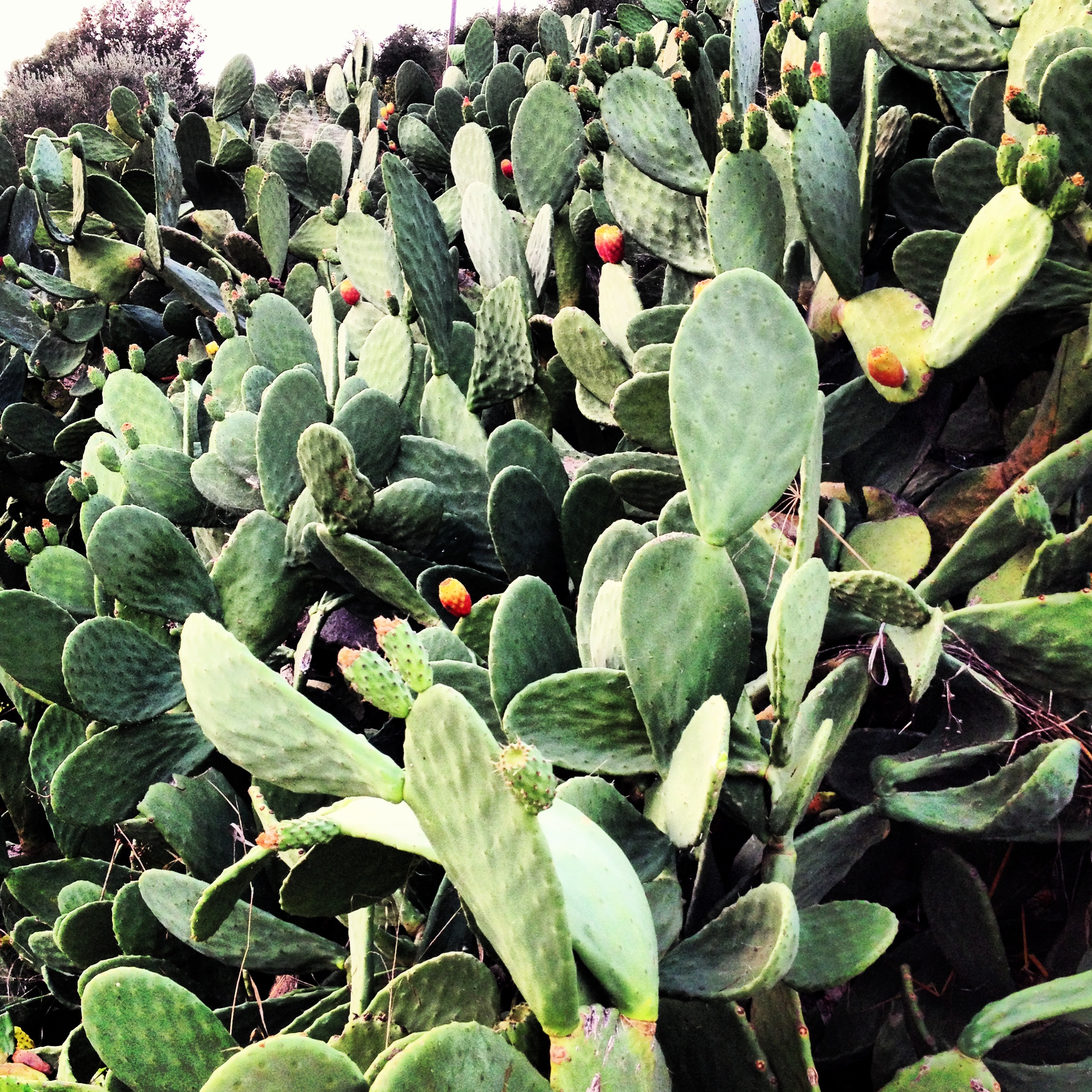 An abundance of prickly pears. 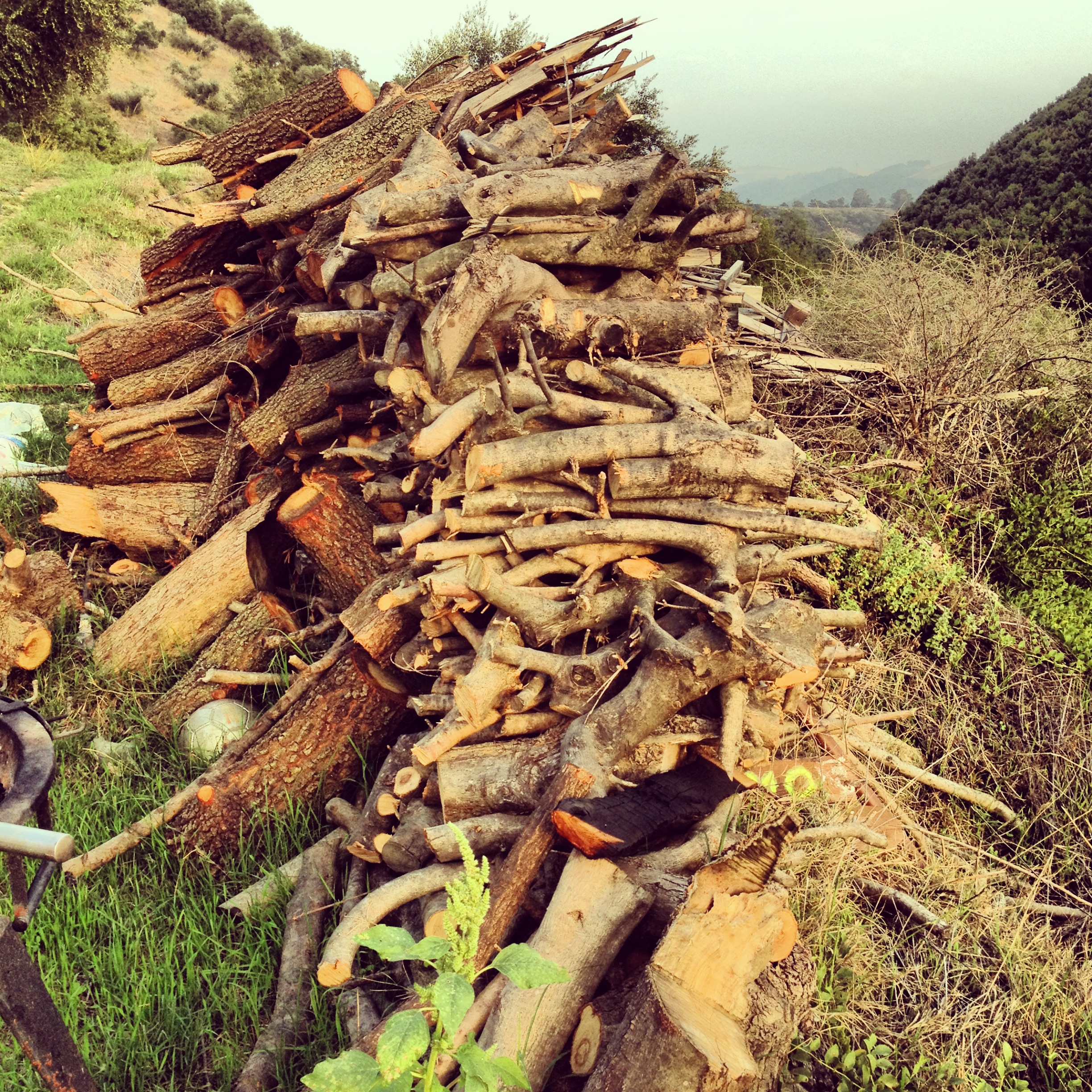 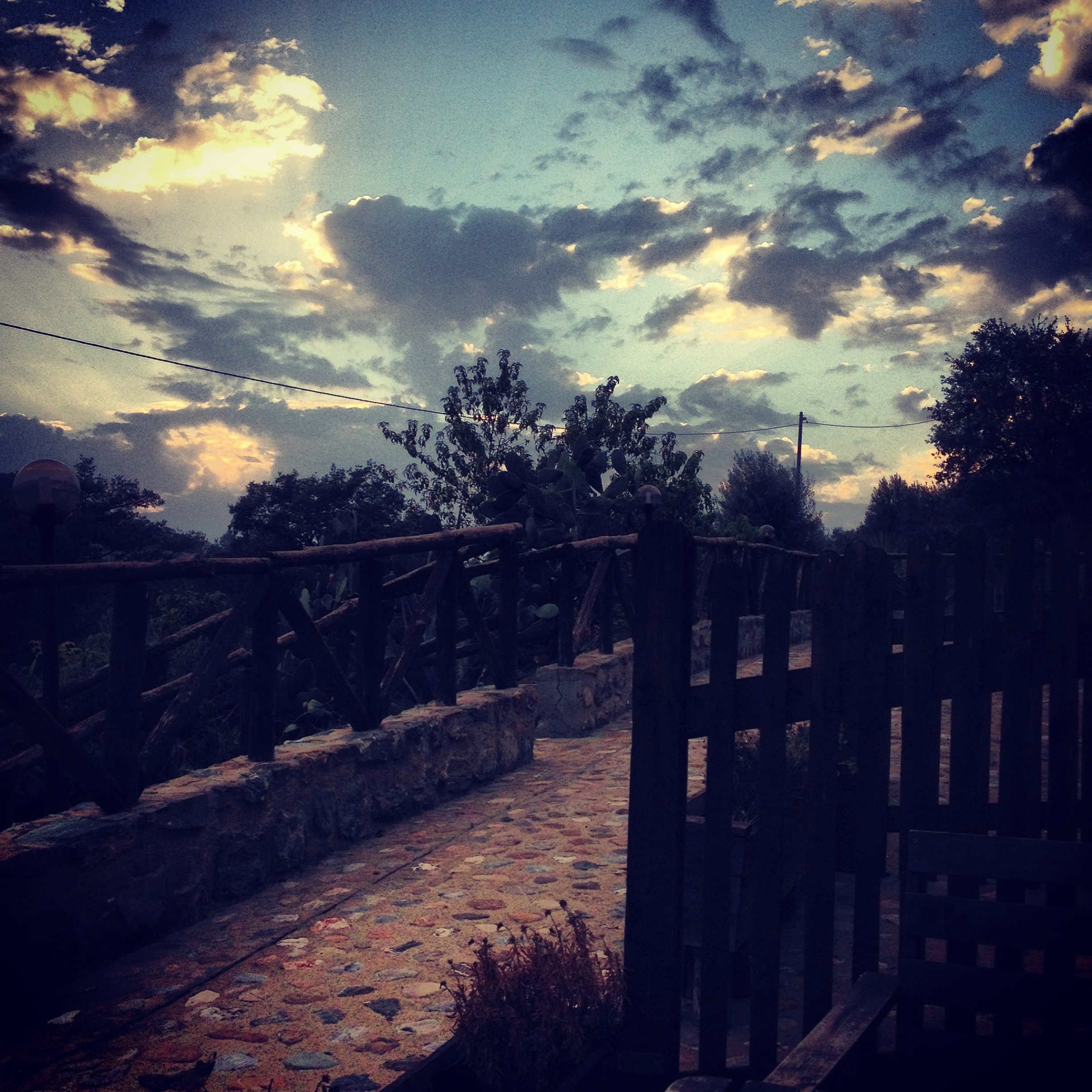 We could have had dinner (with everything being sourced from the land we were staying on), but as we had a kitchen in the apartment we chose to cook & eat on the terrace. We’d picked up some supplies on the way – it’s worth having some staples to cook with, as if you don’t fancy what’s on the menu that night, you’re stuck. Breakfast was very simple – bread, cheese, preserves, proscuitto – but ALL locally sourced.

There are four apartments. We think we might have had the largest as it was the most expensive, and had a terrace, but it was still only 68 euros to stay the night – worth every cent for the solitude and peace. There is also a swimming pool – although this had just been covered up when we arrived (mid-October), but would imagine this is a welcome relief from the Italian sun in the height of summer…