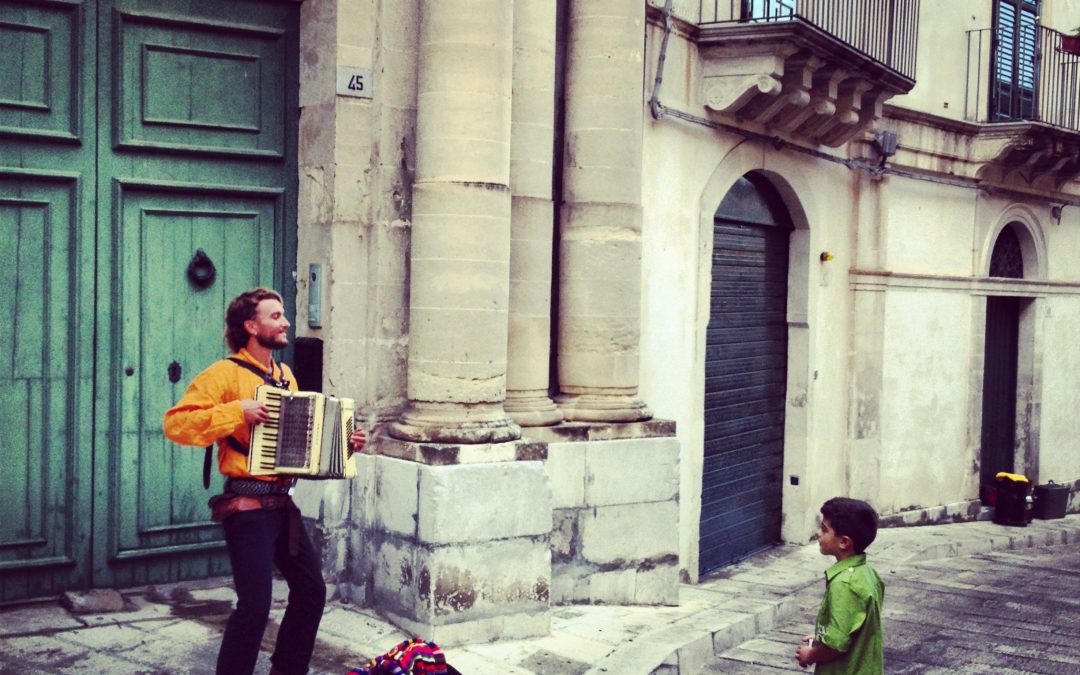 We hit lucky when we were staying in Ortigia, Siciliy – a friend tipped us off about a Buskers’ Festival which was happening in the inland town of Ragusa, and so with very little knowledge about it, other than it was happening, we hit the road. The journey over to Ragusa from Ortigia was stunning – mountainous and winding. And long. We eventually arrived at the town of Ragusa but could see no evidence of anything that resembled a festival. It was deserted – but eventually it clicked. We were in the new part of town and we needed the old part – Ragusa Ibla, and there it was, on the top of the hill… 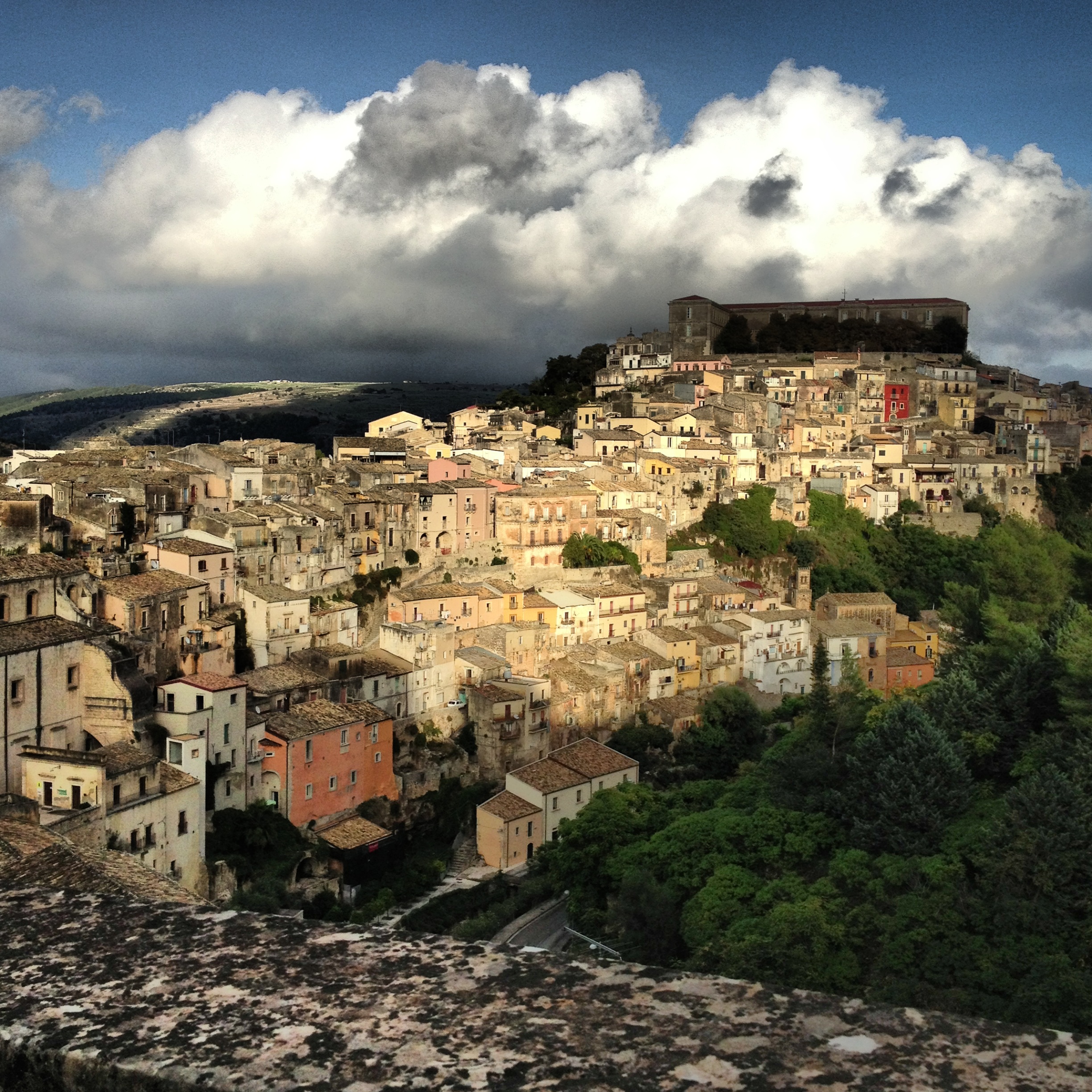 As is often the case in Italy, things don’t get moving until late afternoon/early evening – and the Buskers’ Festival was no exception. Slowly but surely, the narrow, steep roads started to fill up with entertainers pulling trucks and trolleys full of amazing equipment. Musicians started to pop up on street corners. Magicians performed tricks to growing crowds. Trapeze artists were limbering up. Fire-eaters were starting to warm up. A general feeling of something-about-to-happen was building up… 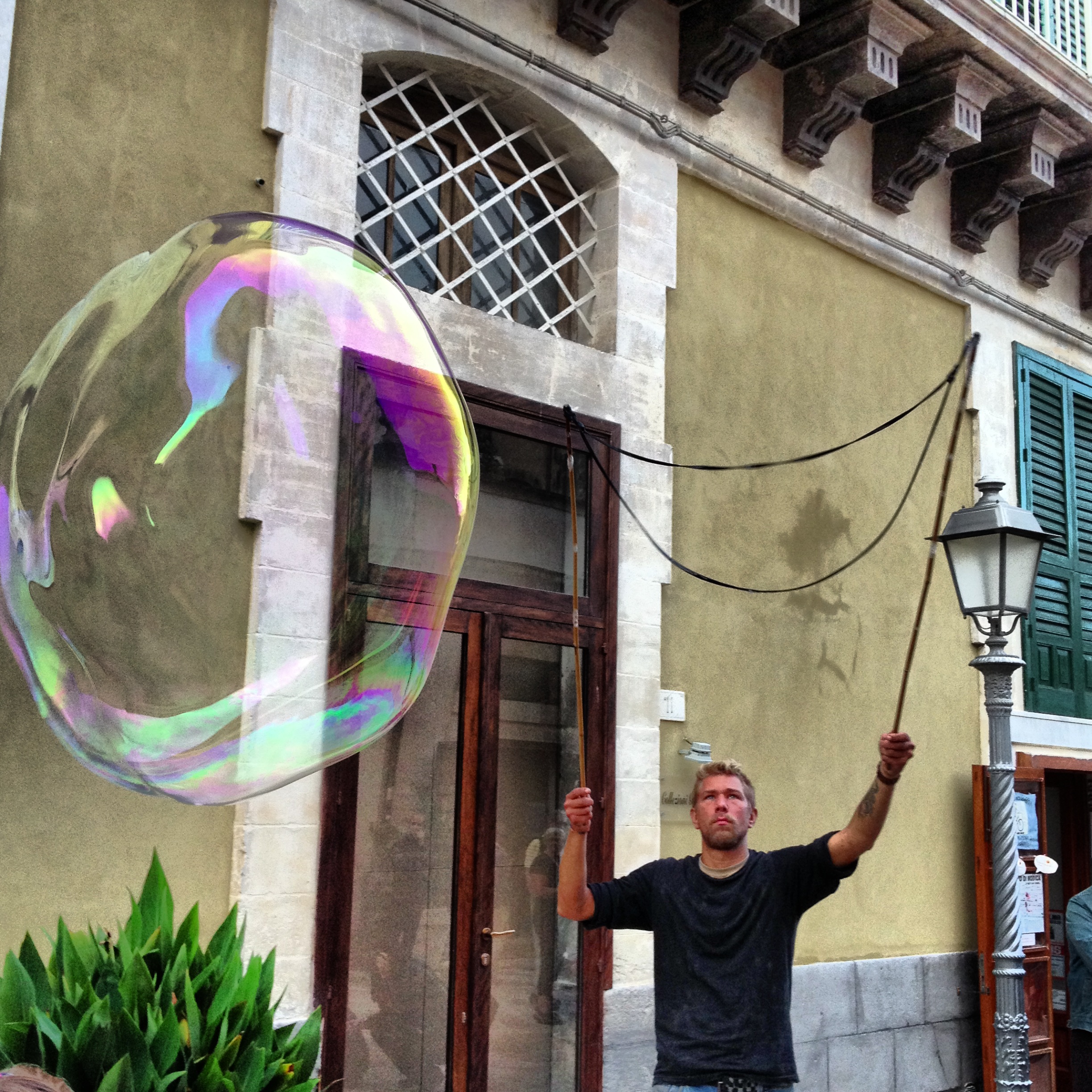 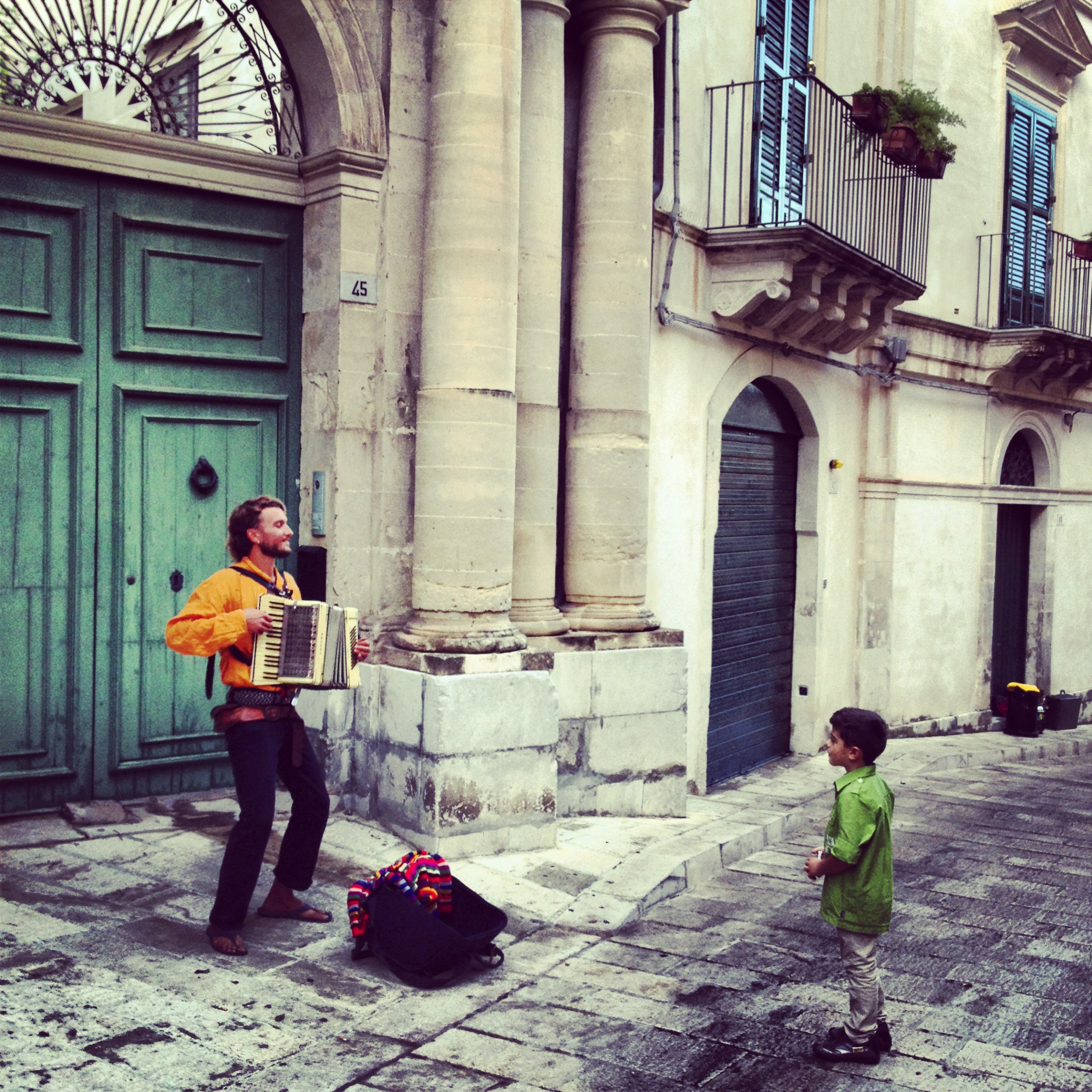 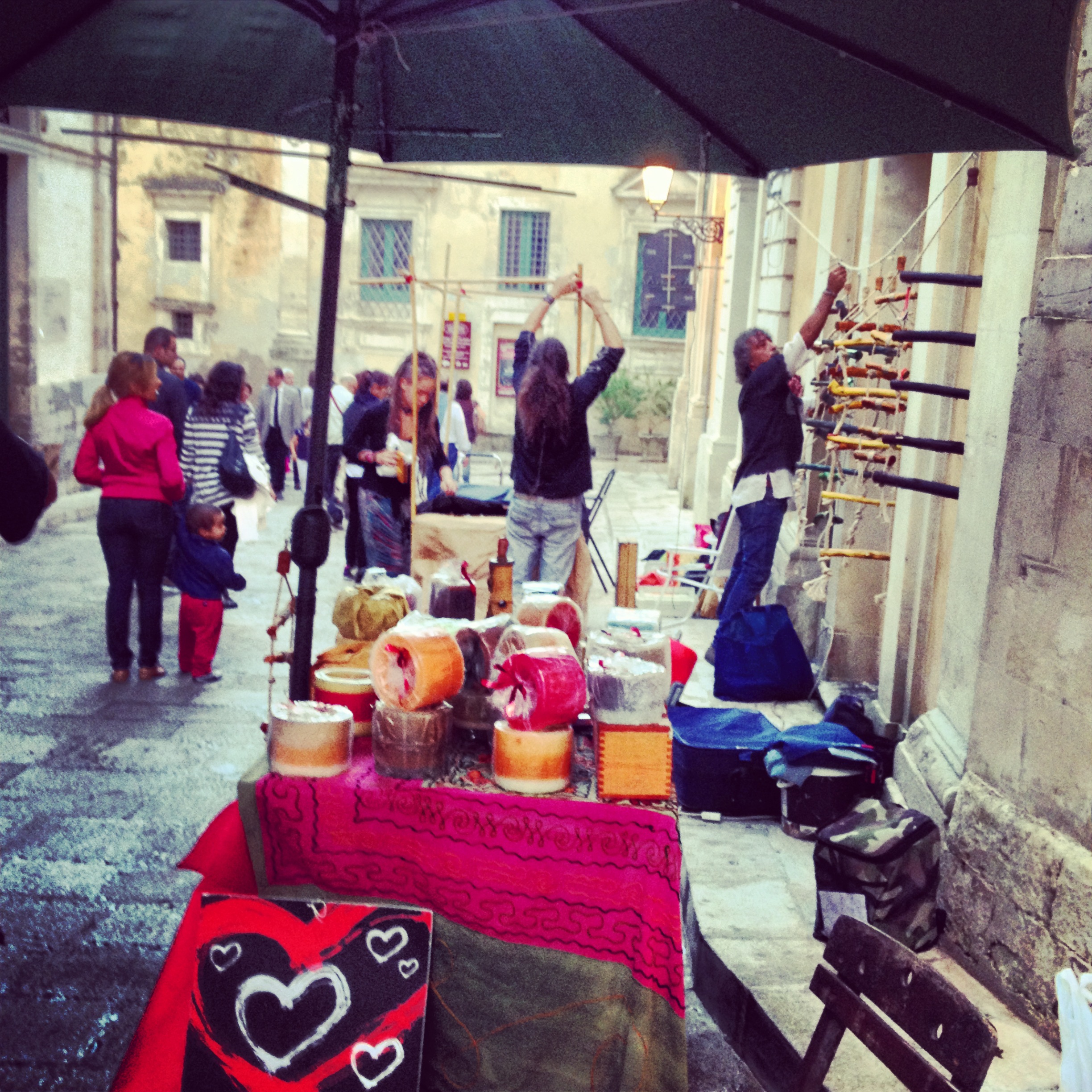 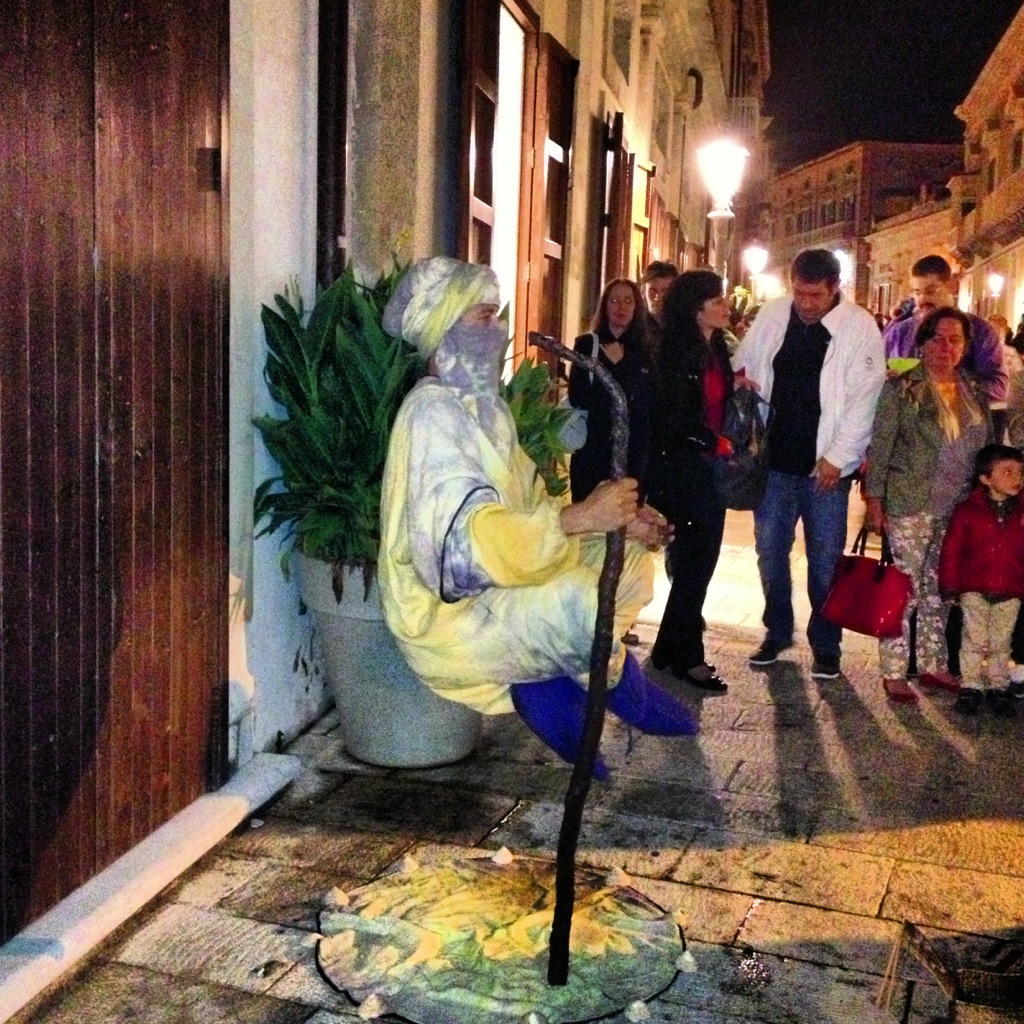 The old town of Ragusa Ibla, a place we’d never heard of and so had absolutely no intention of visiting, is magical. Cobbled streets wind their way up to the baroque Duomo San Giorgio, which towers over the town, and is recognisable as being featured in the opening credits of Inspector Montalbano. The Catholic Cathedral – Duomo di Ragusa, Cattedrale di San Giovanni Battista – is as impressive, and because we were there in the evening and into the night, it was magical. 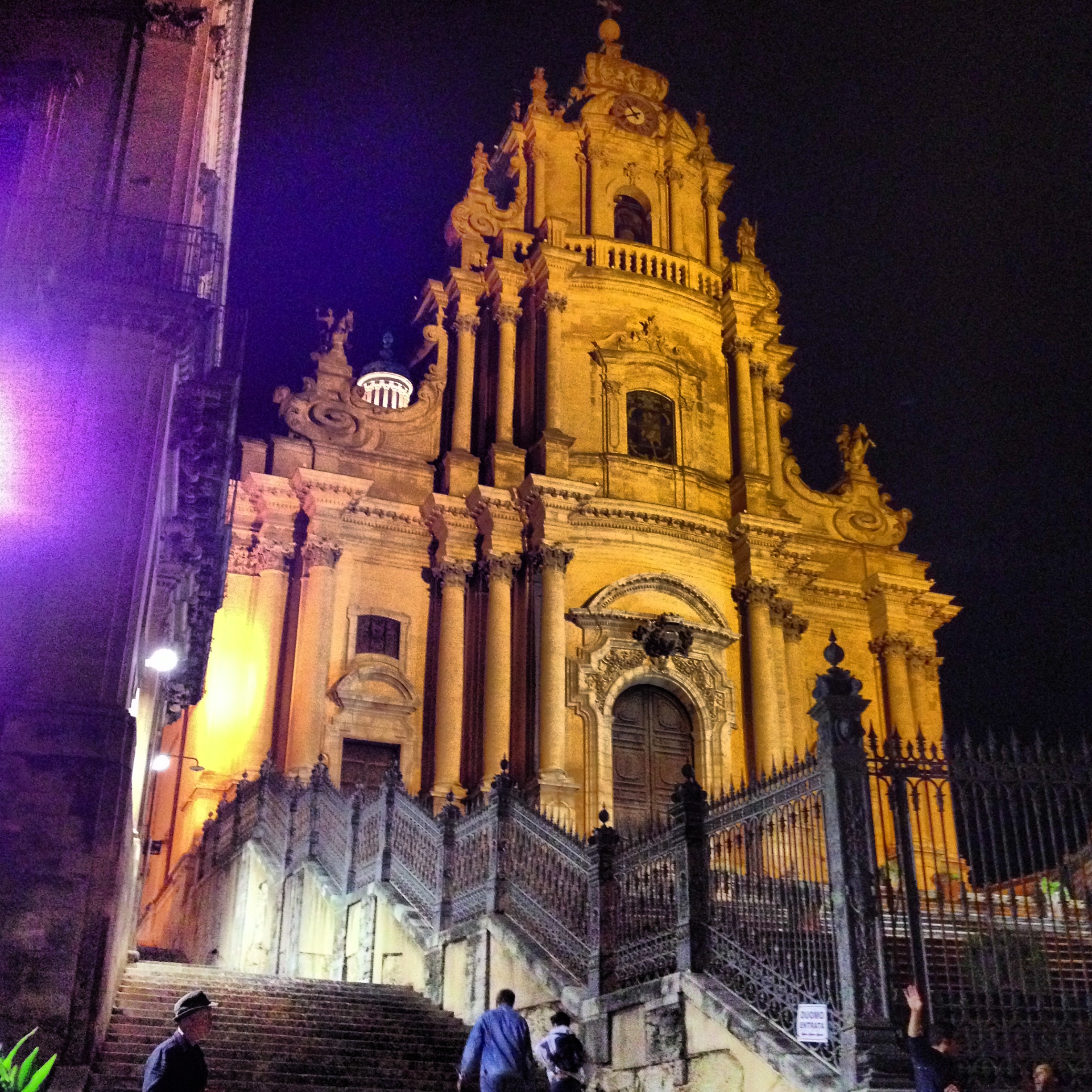 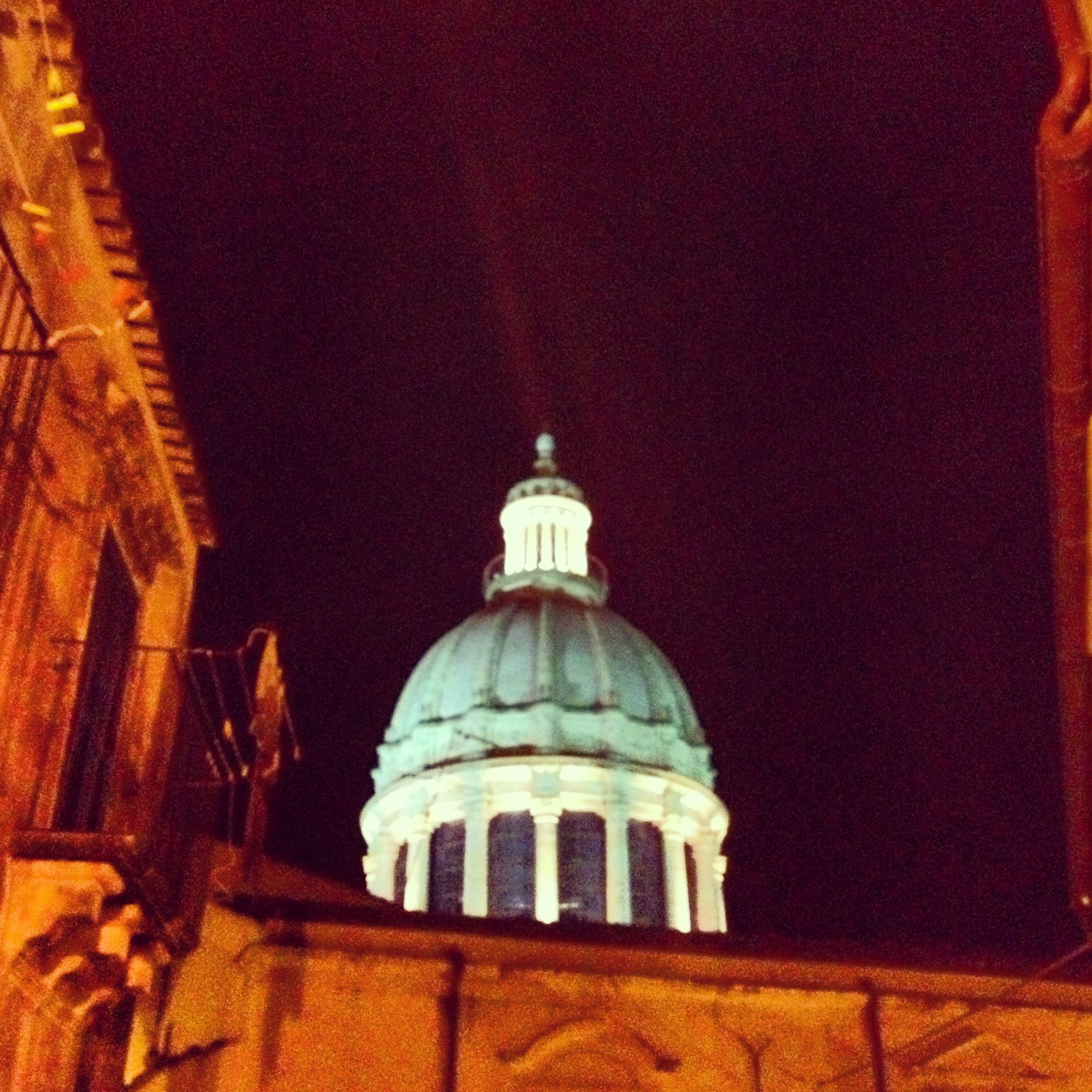 The Buskers’ Festival is annual event, which takes place in October, with entertainment filling the streets of the old town.

Ragusa Ibla is a beautiful town (Ragusa is the newer town) and well worth a visit. If you’re staying south of Catania on the east coast, it’s doable in a day. But to do it justice, or if you’re travelling over from Palermo or the west coast, or down from Taormina, it would be advisable to stay over as it will be quite a long trip to get there. Easily accessible from Ragusa, is the beautiful baroque town of Noto – with one of the most amazing cemeteries we’ve ever seen. Worth a visit in itself…