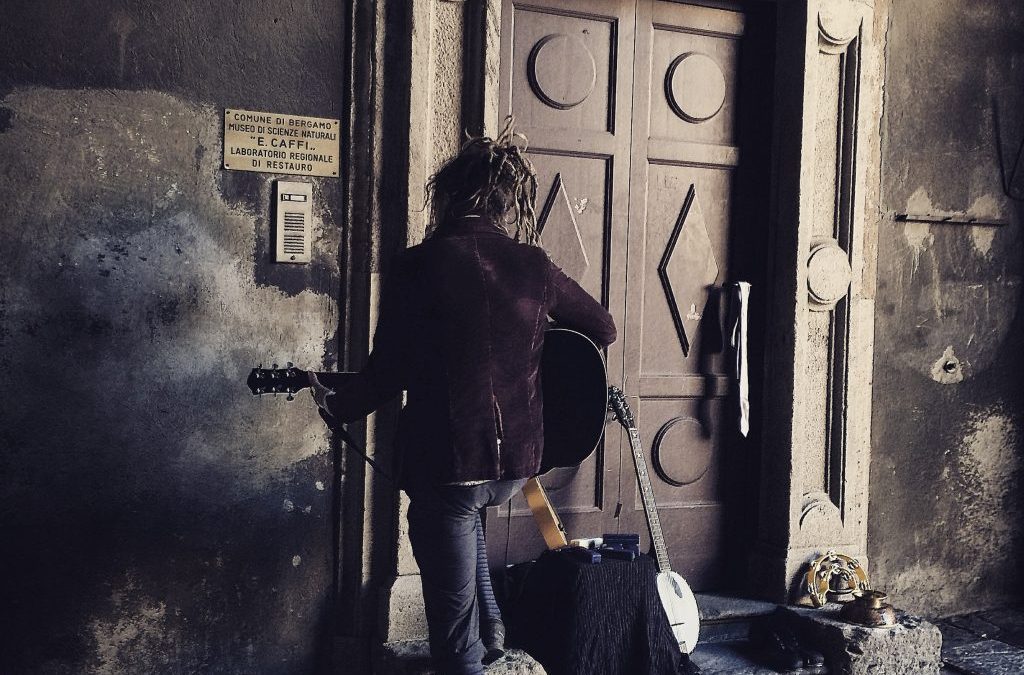 Bergamo, located west of Milan, in the region of Lombardy, is beautiful. Often overlooked for the more glitzy (and possibly more brash) Milan, it has everything. There is the lower, more modern town (Citta Bassa) – although, as well as your retail therapy kicks, you can still soak up the history of the town. Wide thoroughfares are home to a host of familiar shops and stores – Benetton, Zara, Coin etc – as well as churches, grand residences now converted into boutique style hotels, theatres, museums, elaborate government buildings, and many, many coffee shops, bars and restaurants. Like many Italian towns, it also has a fortified upper town, Citta Alta, reached either by a very pleasant walk uphill or by the easier Funicular, which is great if you want expansive views of Bergamo and way, way beyond, to the snowy peaks further north.

Citta Alta is a walled town in its own rights – more than 4kms of walls, built by the Venetians. A couple of days of leisurely strolling and you’ll be familiar with Piazza Vecchia, the Basilica of Santa Maria Maggiore, next to it the Cappella Colleoni, and next to it, The Baptistry. You’ll walk through the impressive entrance to Citta Alta at some point – Porta San Giacomo. You’ll also inevitably walk along the main cobbled thoroughfare – Via Bartolomeo Colleoni, from Piazza Vecchia to the arch which takes you to Piazza della Cittadella and beyond to the next funicular, up to the upper upper part of Bergamo – San Vigilio. 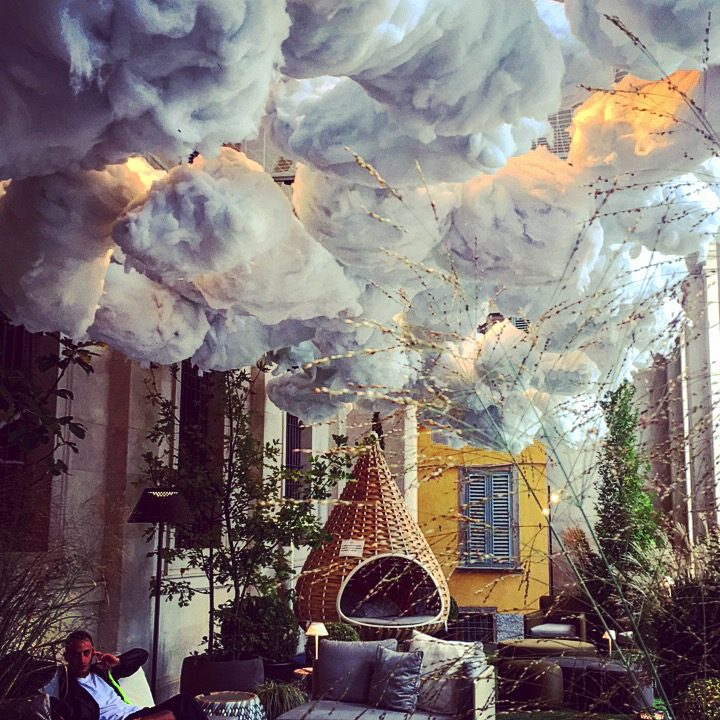 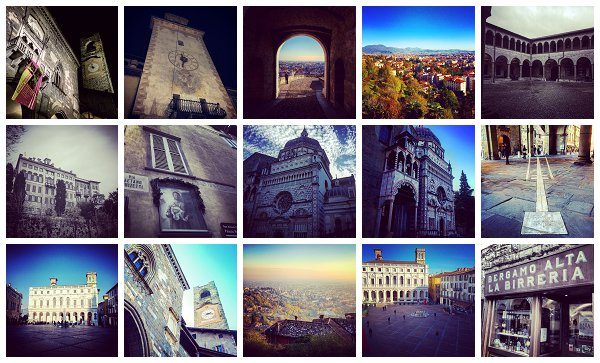 But, you also need to take the time to look up and look around you – because as well as the more obvious beautiful sights, you’ll start to see some real hidden treasures… 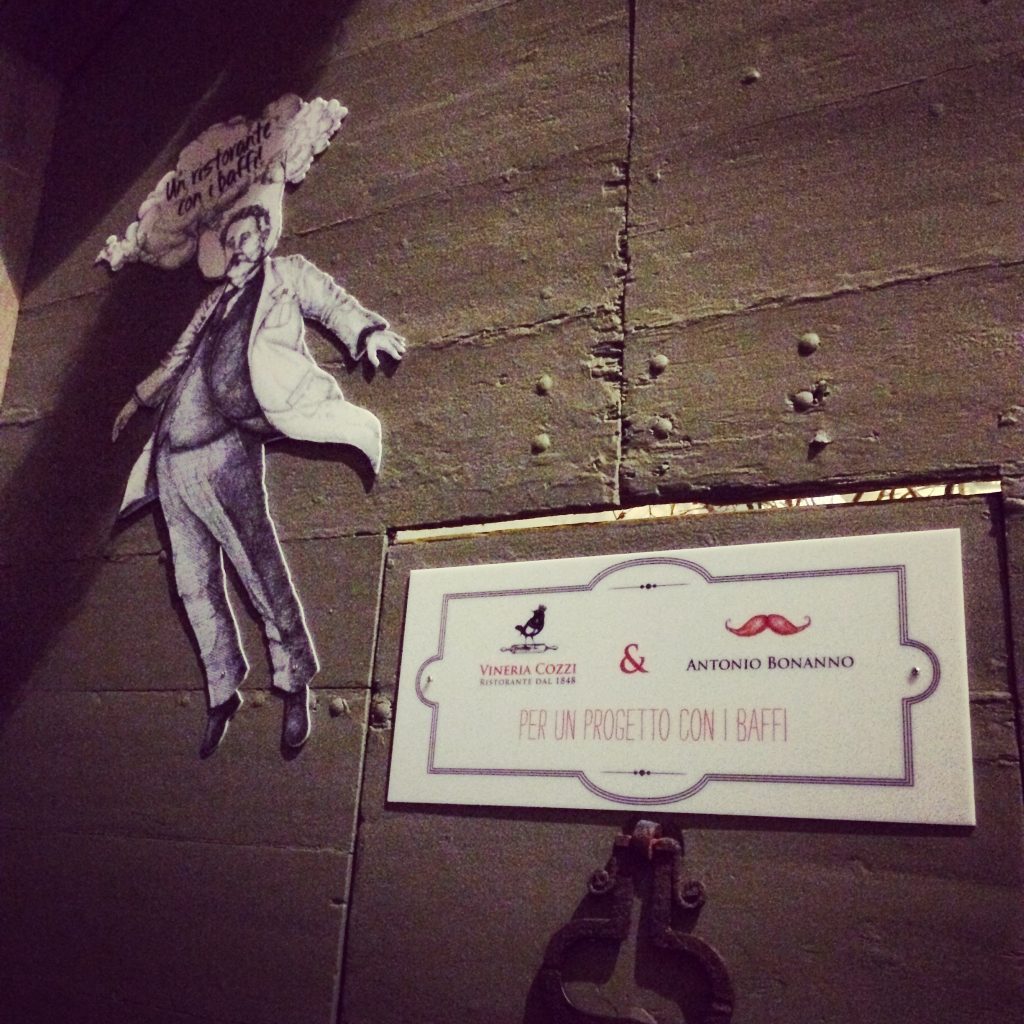 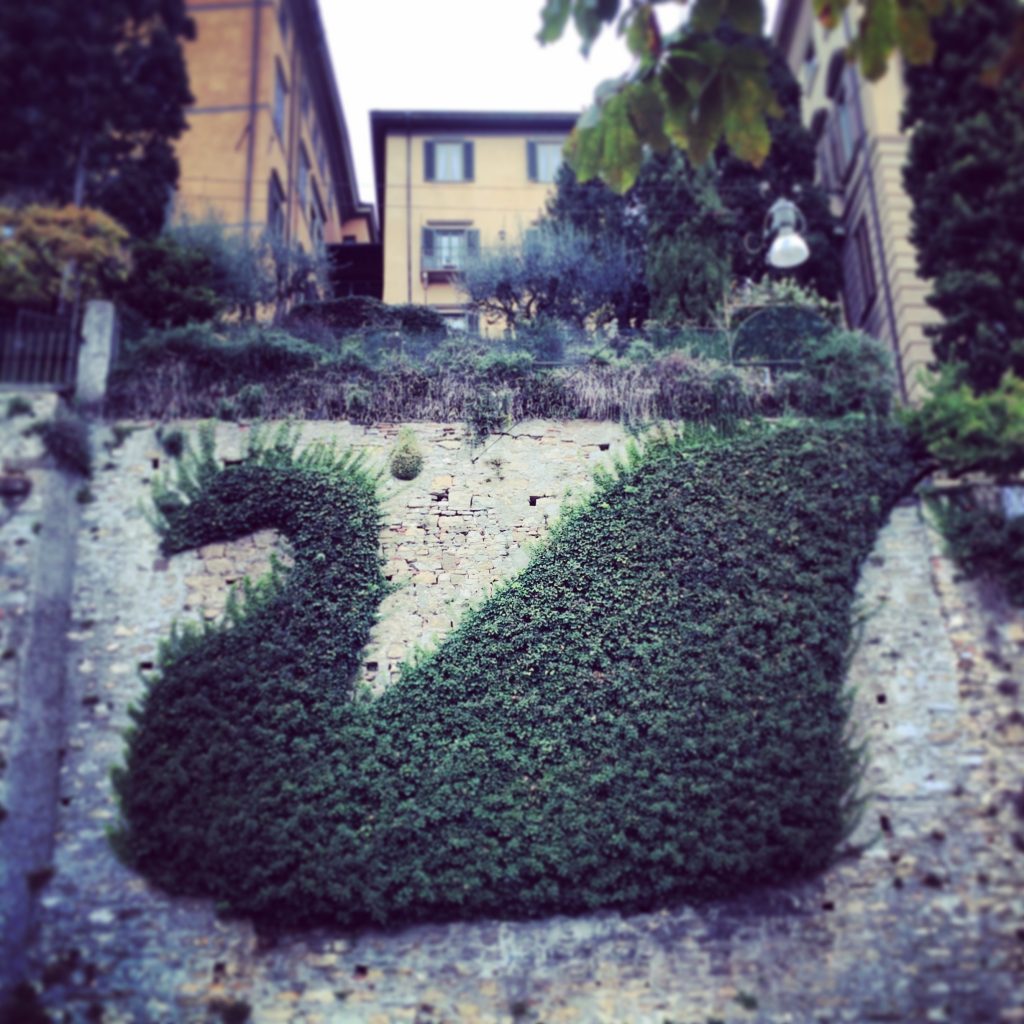 Religious iconography – make sure you look up as these pieces of artwork are all over Citta Alta, Bergamo… 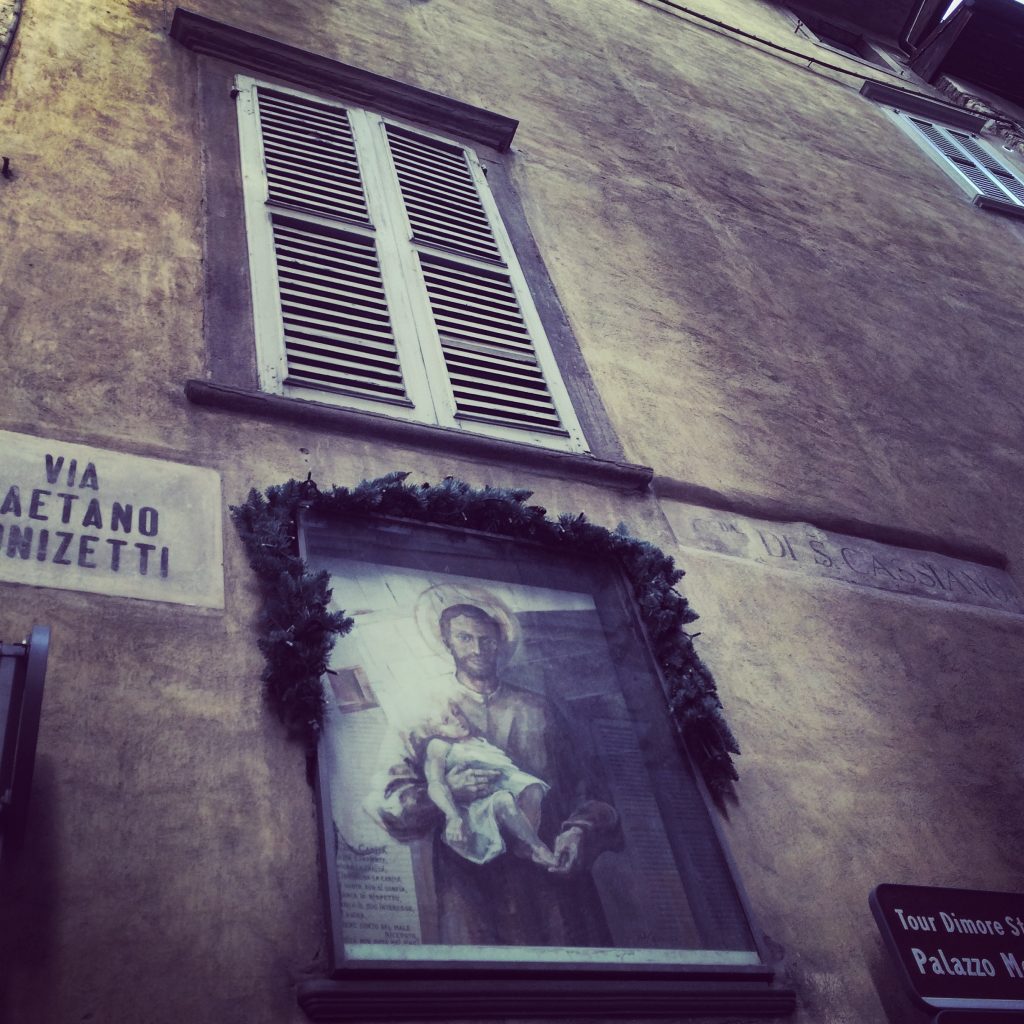 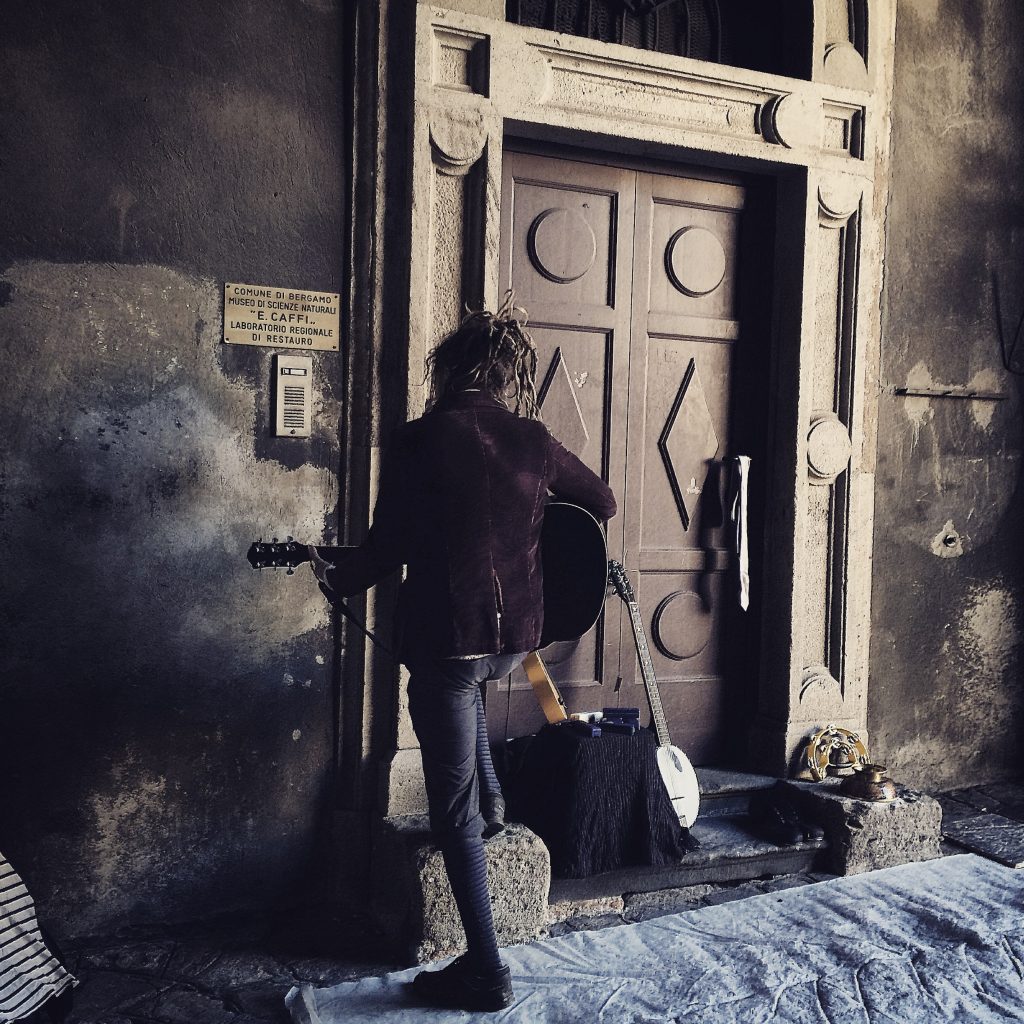 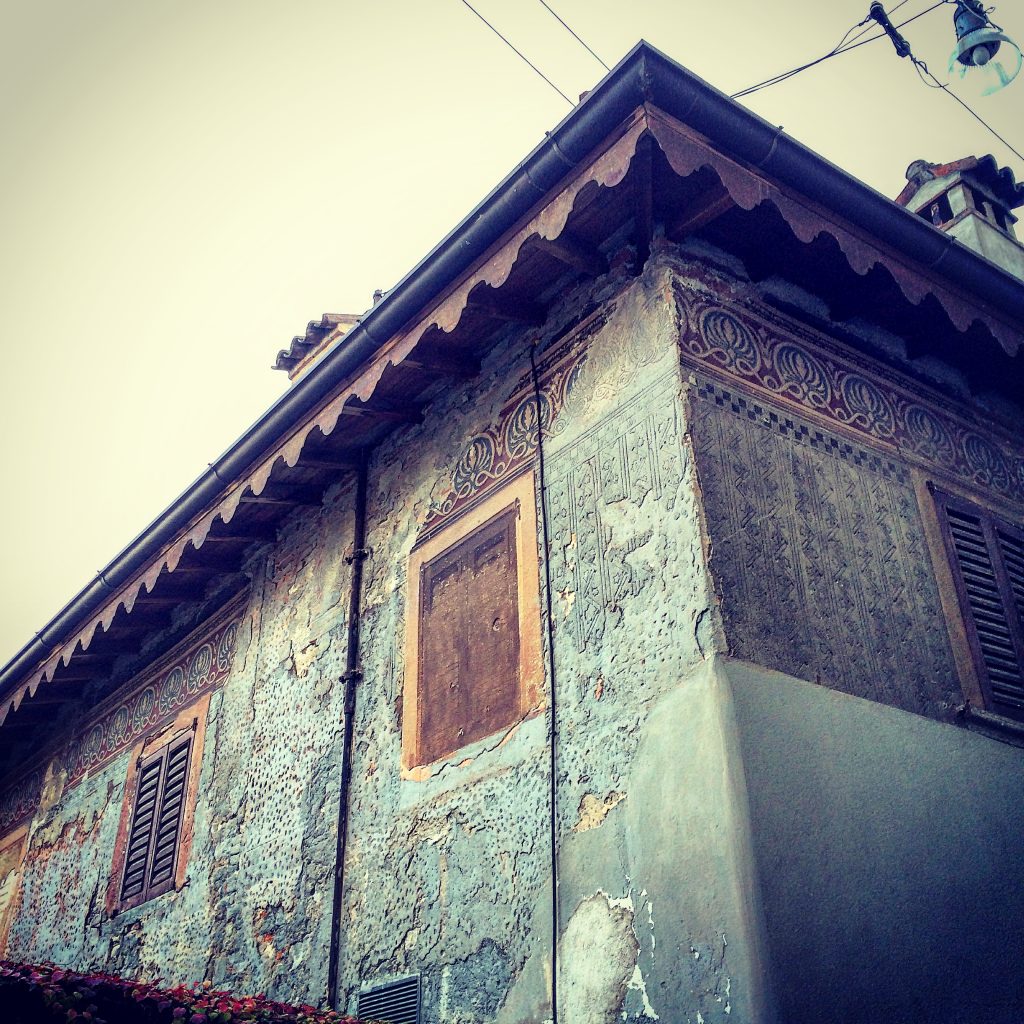 I love these huge, wooden doors, with the tiny door and the big wrought iron knocker, Citta Alta, Bergamo 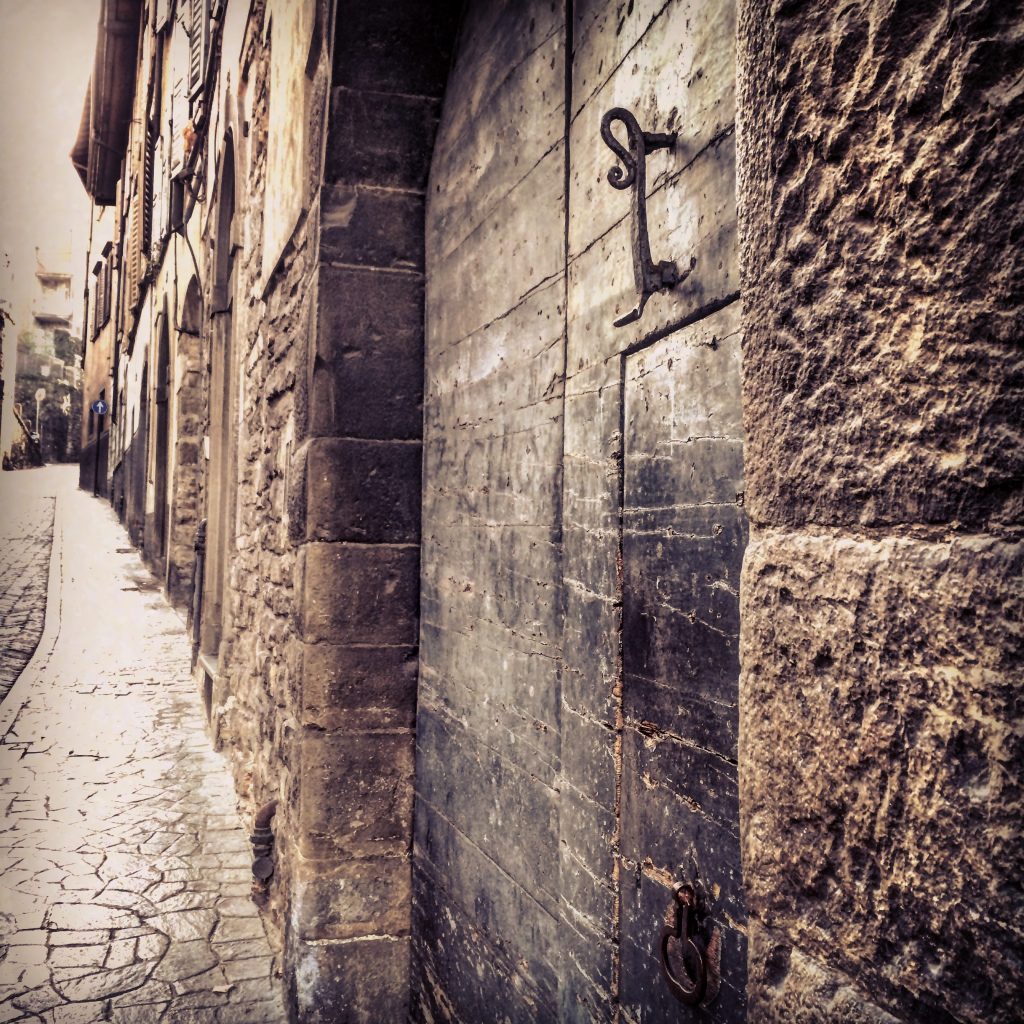 This wall is on a back street, in Citta Alta – just look at what has been revealed as the plaster & render falls off… 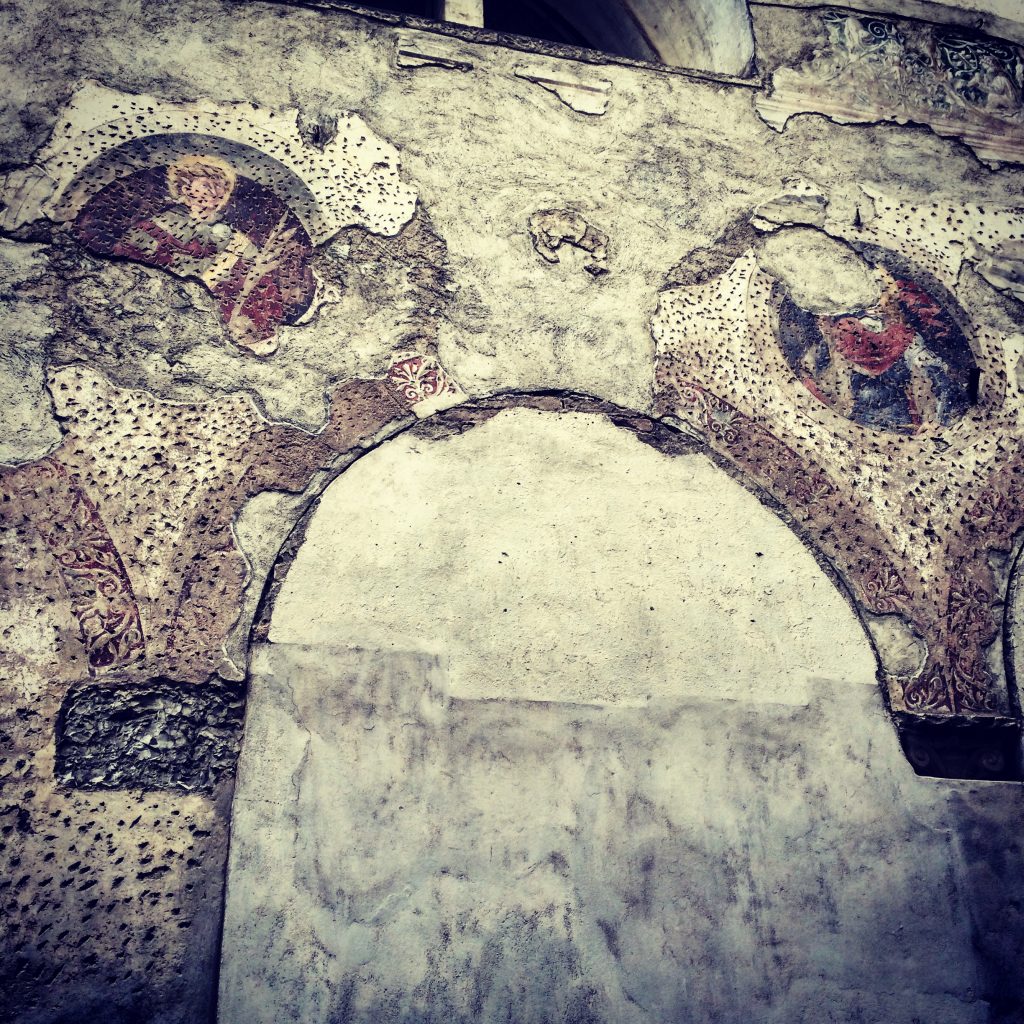 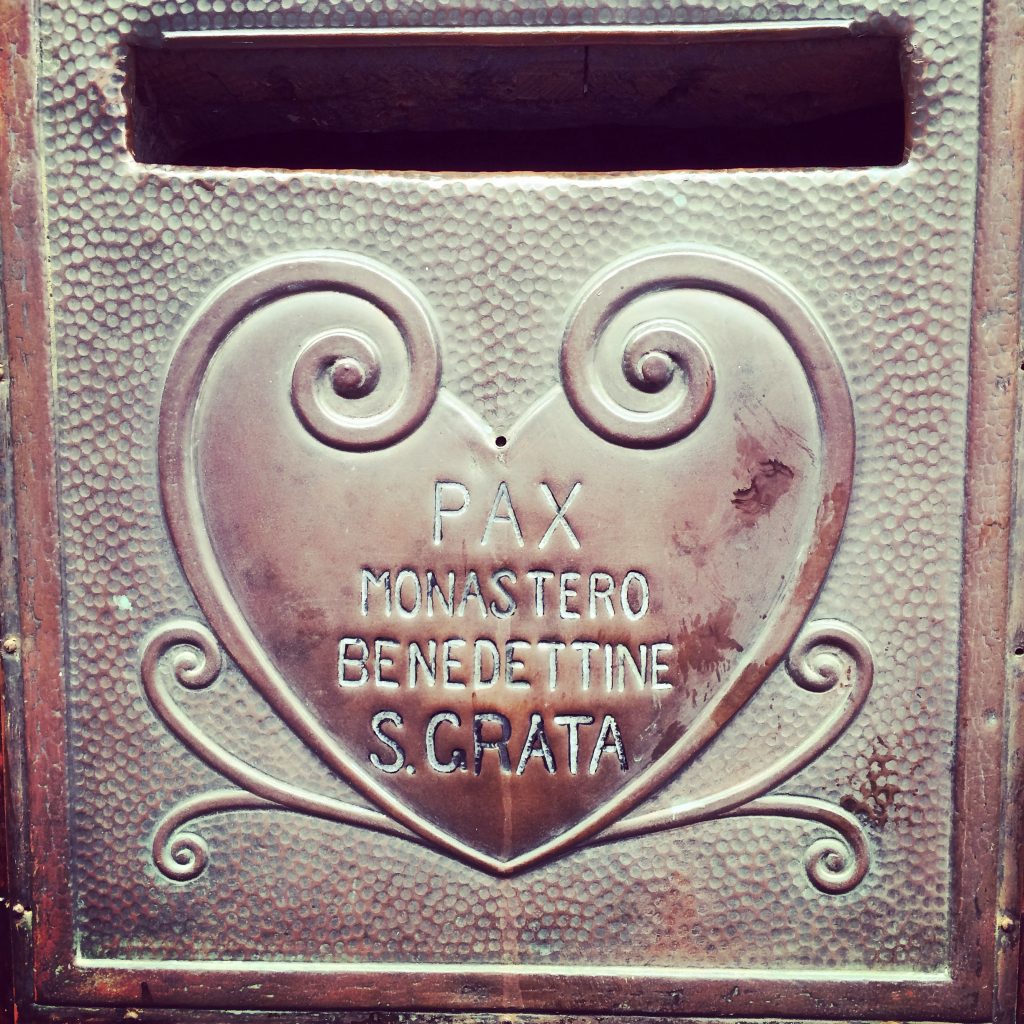 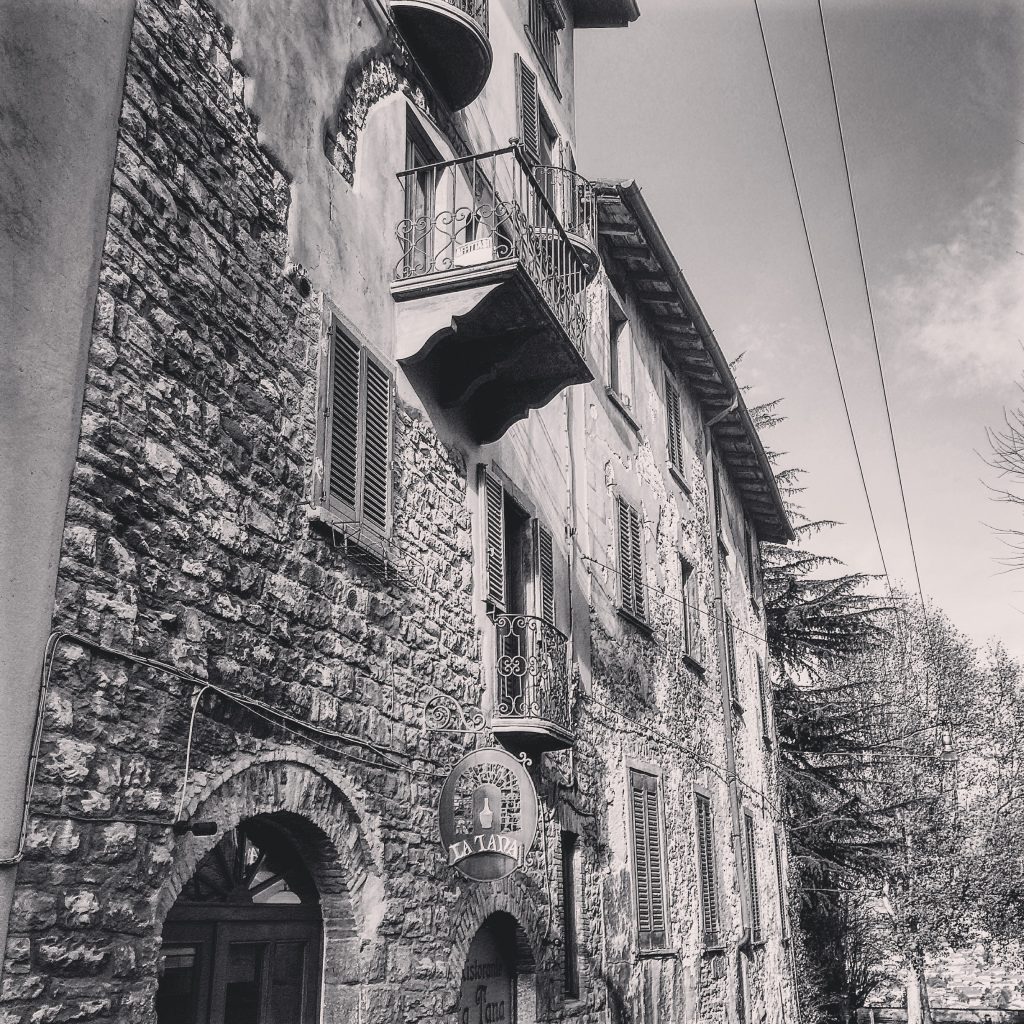 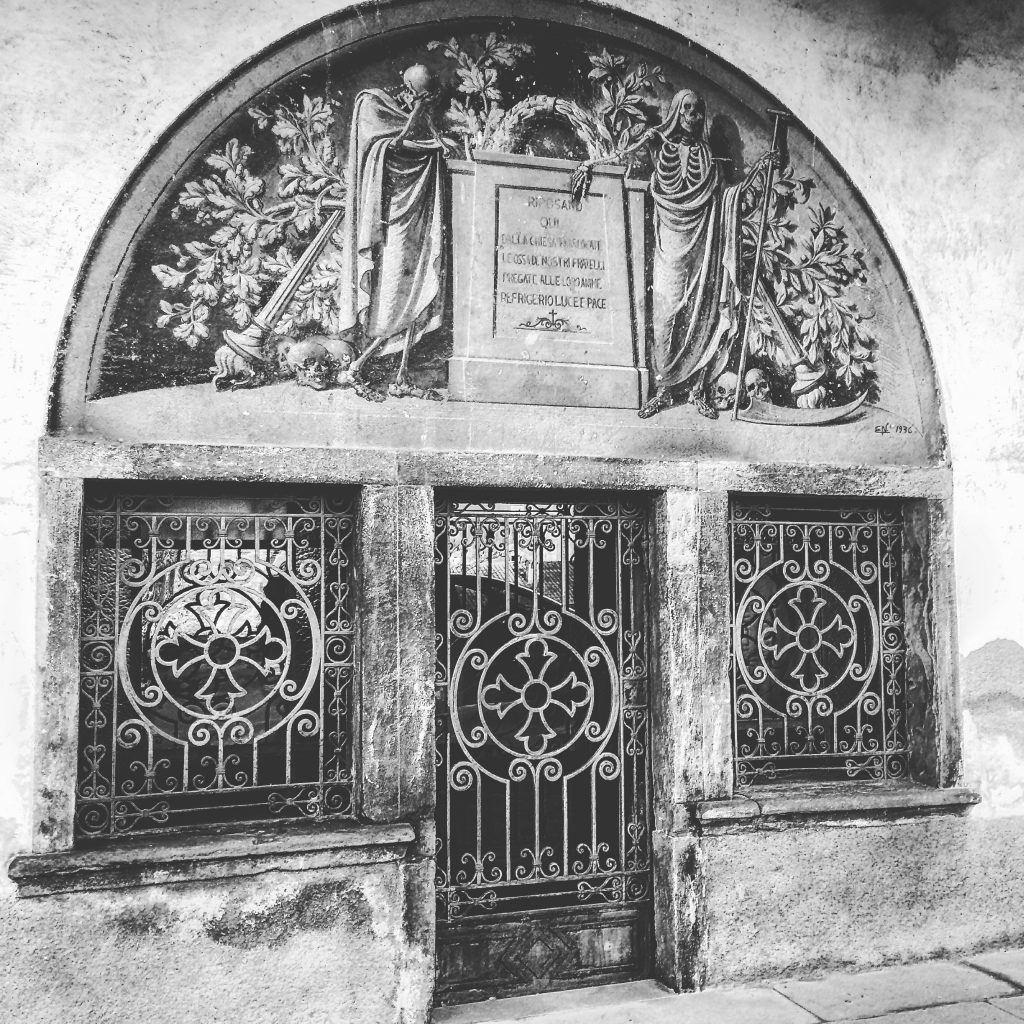 Even in restaurants, you need to look up! 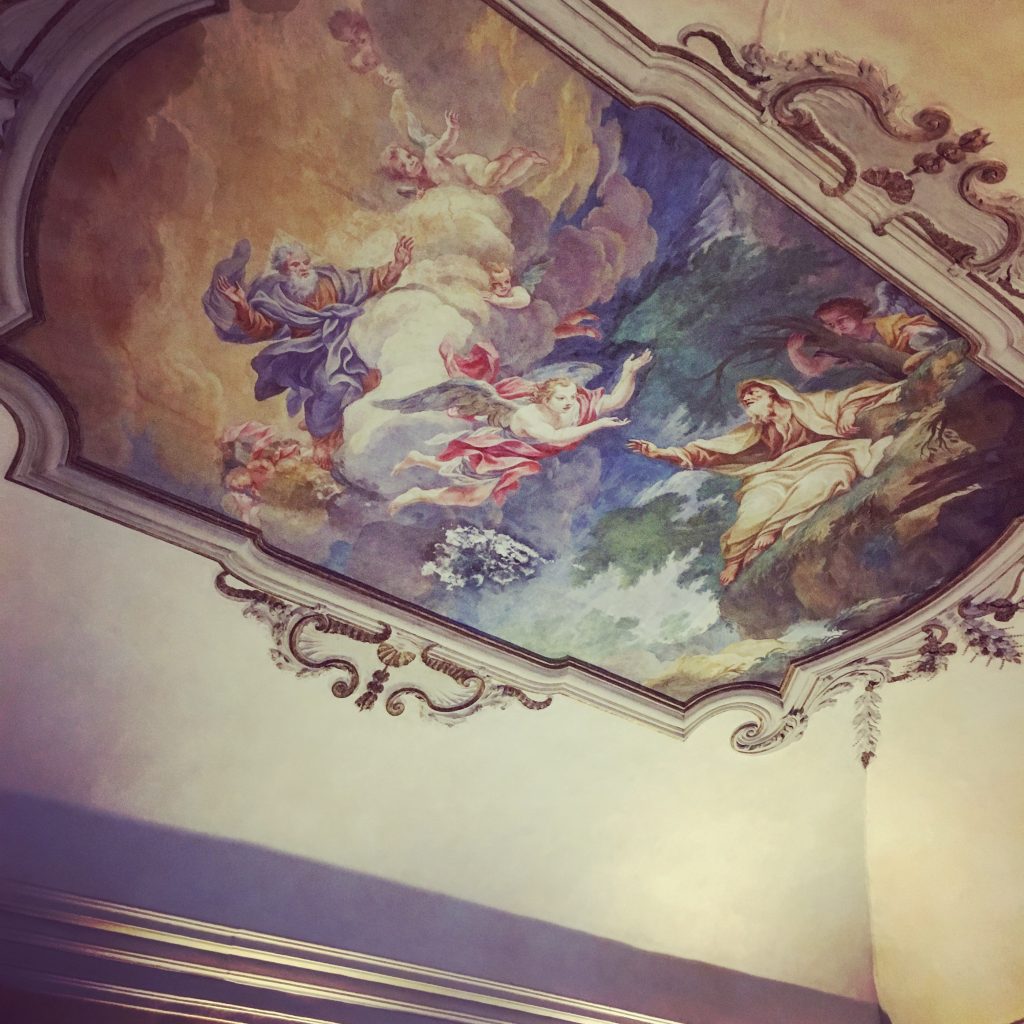 Through a doorway in Citta Alta and this… 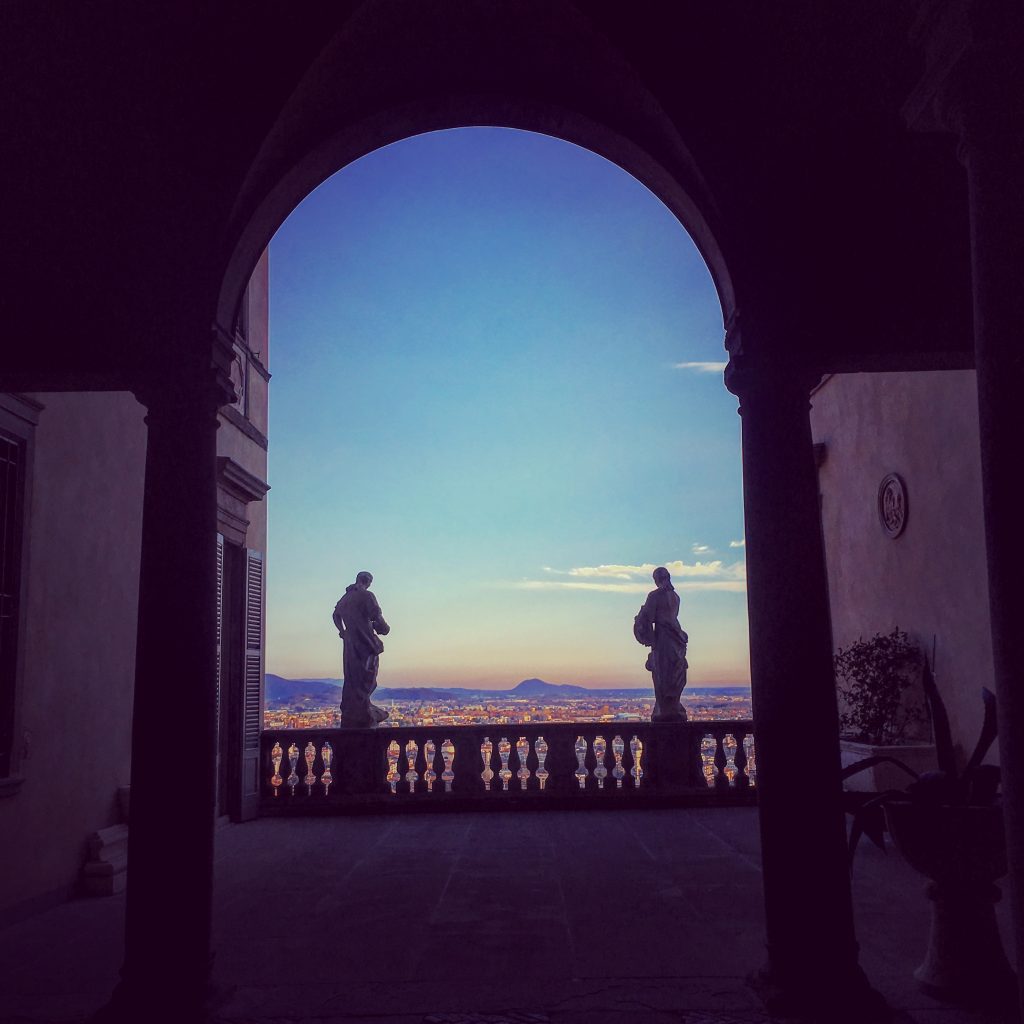 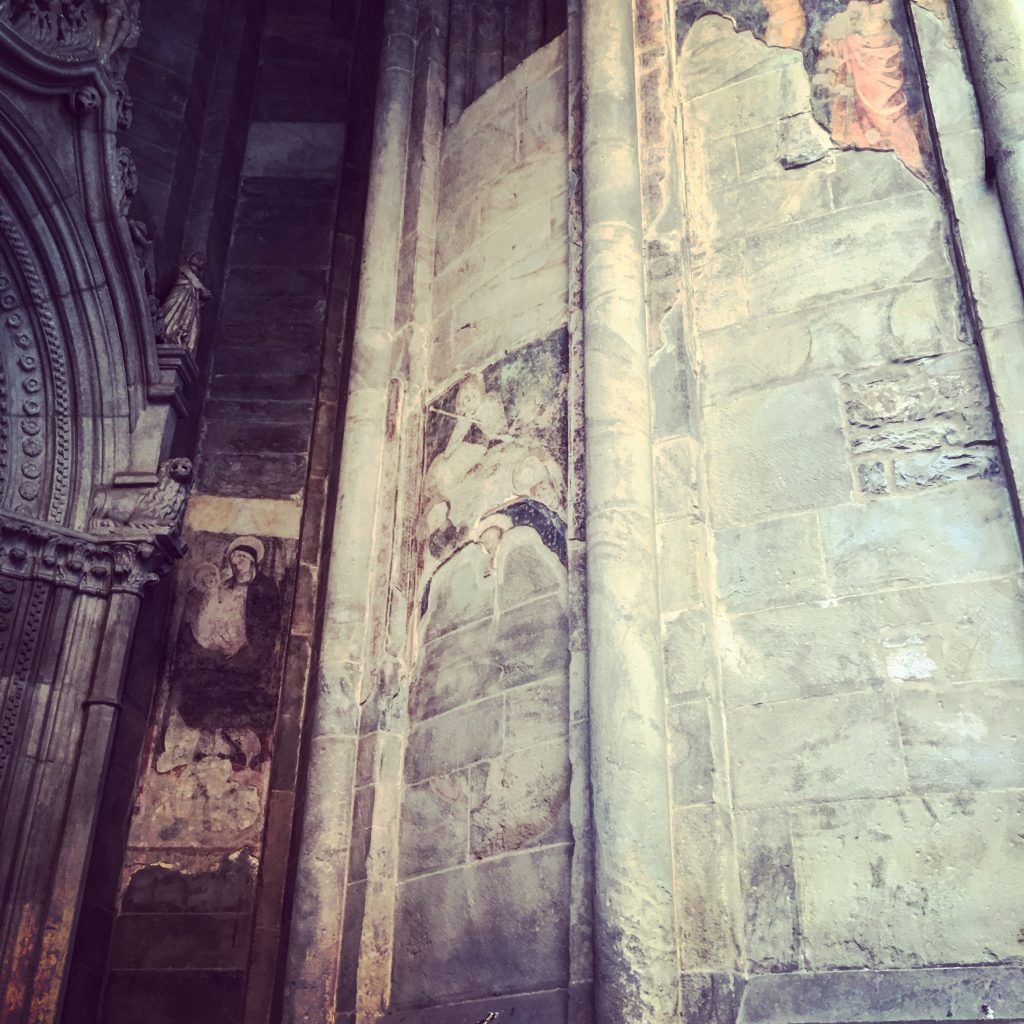 One of Bergamo’s many, many churches : San Vigilio 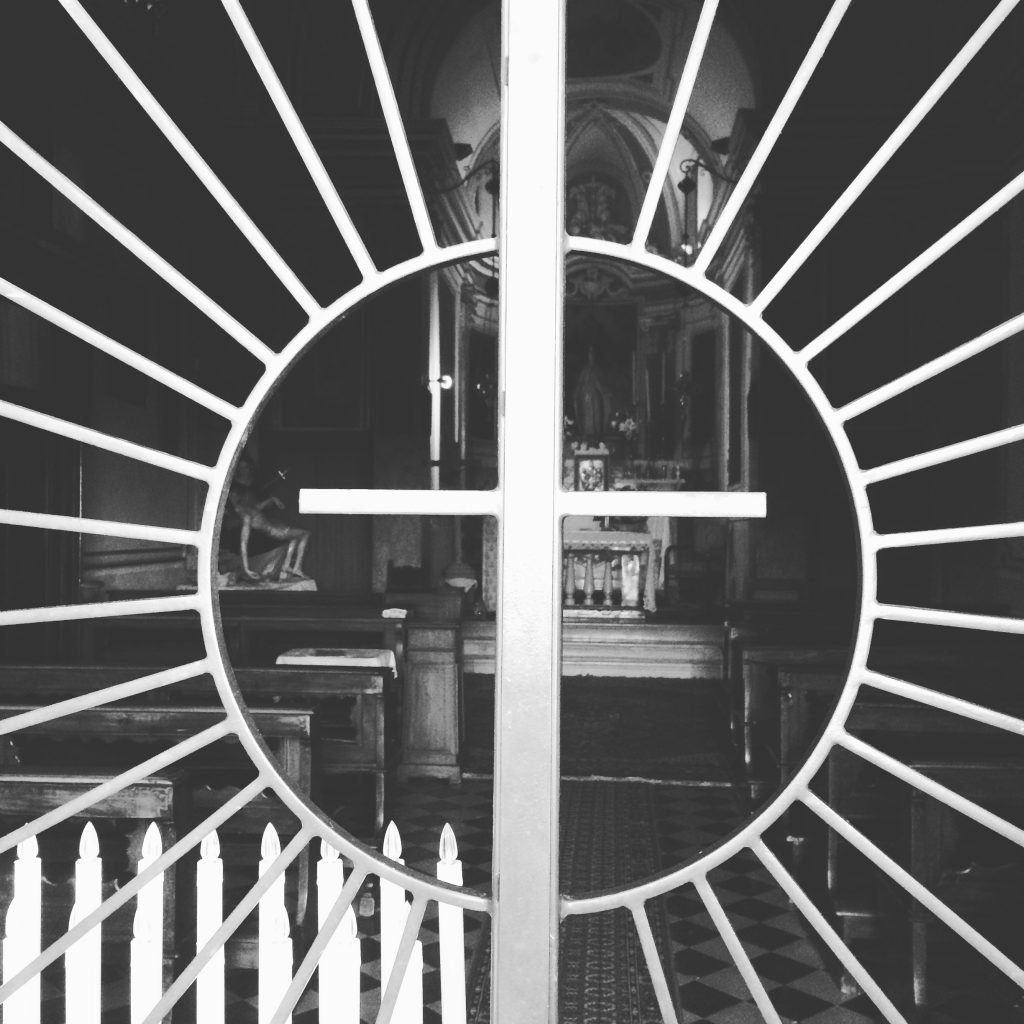 Hope you’ll agree that Bergamo is pretty special – and if you’ve not been before, that maybe we’ve inspired you to investigate it, especially as it’s the perfect destination for a weekend break. Previously, we used to catch a later afternoon flight out on a Friday from Manchester and return early evening Sunday. The airport is only about 6kms from the city, so you can really squeeze out every single minute!