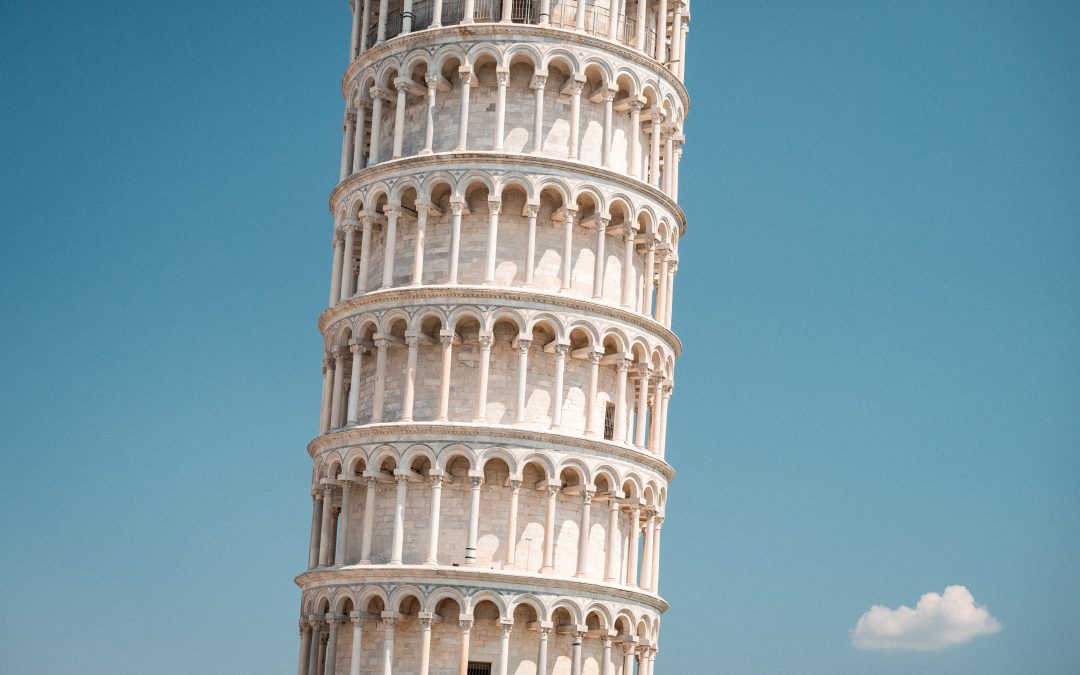 A double header of an Italian trip meant that we could visit Florence and Pisa in one trip. We travelled independently and so our schedule was very flexible. The main stay was in Florence, with a train journey to Pisa. At just over an hour and less than €15 for return tickets, it was well worth the journey. Standard tickets on Italian trains generally are a great deal – uncrowded carriages, plenty of trains, usually bang on time and clean. For just a little bit more you can travel the equivalent of first class – although not all routes/companies offer this option on all journeys. However, well worth it if you can book first class.

If your prime reason for visiting Pisa is the Leaning Tower, and you’re arrived by train, it’s an easy 20 minute walk along Via Roma, almost in a straight line across the river. We visited in late October and this was a great time to do this trip – far fewer tourists than in the height of summer, and sufficiently chilly enough to be able to be quite wrapped up without melting. The lack of tourists was the main thing for us though, as it meant we weren’t jostling with crowds and trying to avoid people taking the very obvious photo with the Leaning Tower in the background.

If you want to know about the tower and its history, this is quite a good summary. The Torre Pendente really does live up to its name – I definitely hadn’t expected such a lean. The 58m-high tower, which is officially the Duomo’s campanile (bell tower), took almost 200 years to build, but was already listing when it was unveiled in 1372. Over time, the tilt, caused by a layer of weak subsoil, steadily worsened until it was finally halted by a major stabilisation project in the 1990s. It’s now said to be about 4 degrees on a lean, from the vertical.

Access to the Leaning Tower is limited to 45 people at a time, and it’s probably good to know, that for safety reasons, children under eight are not allowed in/up, and children between 8-18 can climb the Tower, but only with an accompanying adult. To avoid disappointment, book in advance online or go straight to a ticket office when you arrive in Pisa to book a slot for later in the day. Visits last 35 minutes and involve a steep climb up 251 occasionally slippery steps. All bags, handbags included, must be stored at the free left-luggage desk next to the central ticket office – cameras are about the only thing you can take up. You need a good head for heights and not think about how easy it could be fall over the edge…

The Leaning Tower is actually the campanile of the cathedral, a medieval Roman Catholic cathedral dedicated to the Assumption of the Virgin Mary, in the Piazza dei Miracoli. It’s architecture is quite unusual in that the interior is reminiscent of an Islamic mosque, thanks to the use of raised arches, the alternating bands of black and white marble, and the unusual elliptical dome. The entrance to the Cathedral is free, but you still need to collect a ticket and book a specific time. 90 people are allowed to enter every 30 minutes, and when there’re too many people, they only let you in if you buy the ticket for the Baptistry or the Cemetery (to the rear of the cathedral). 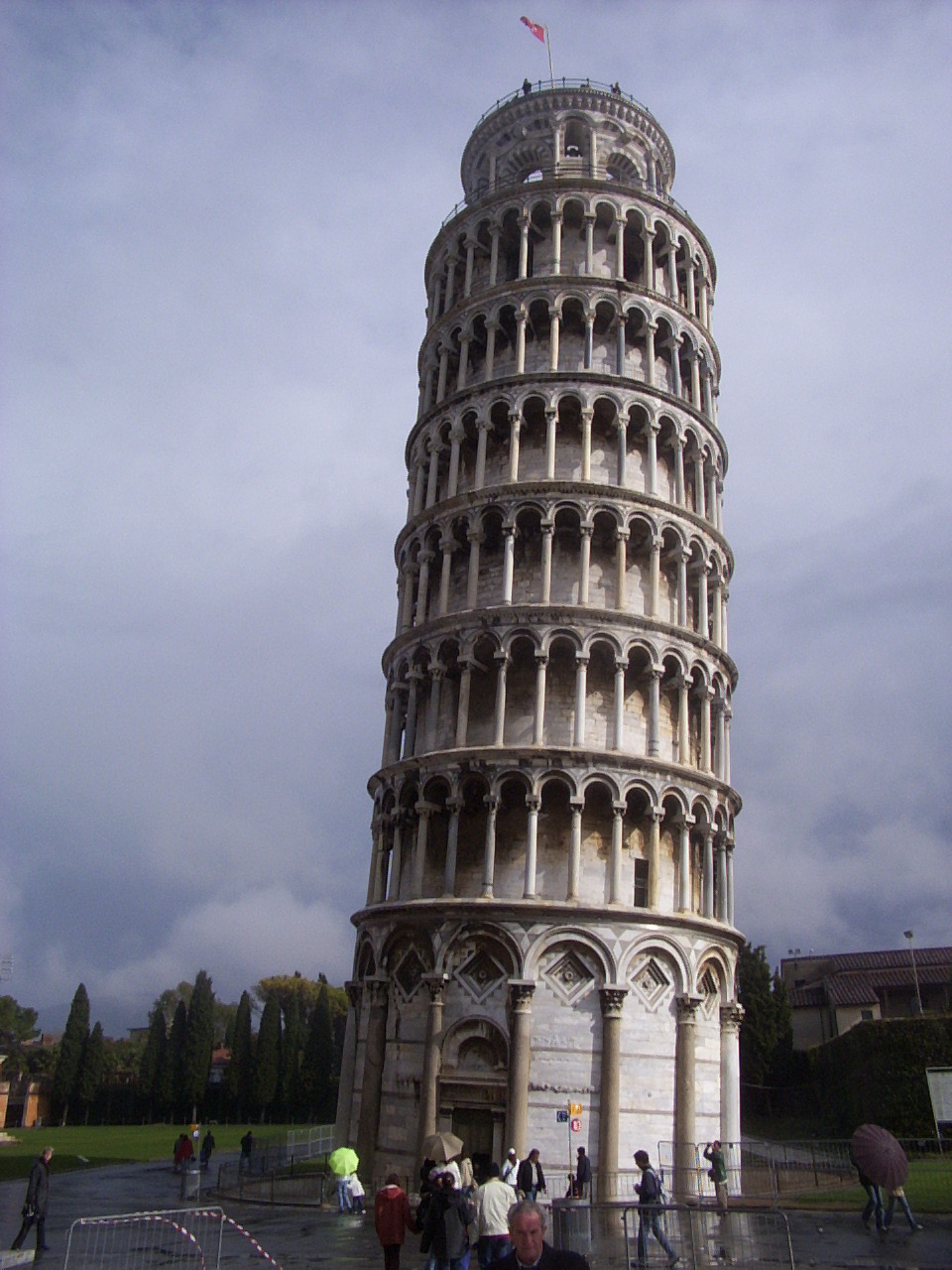 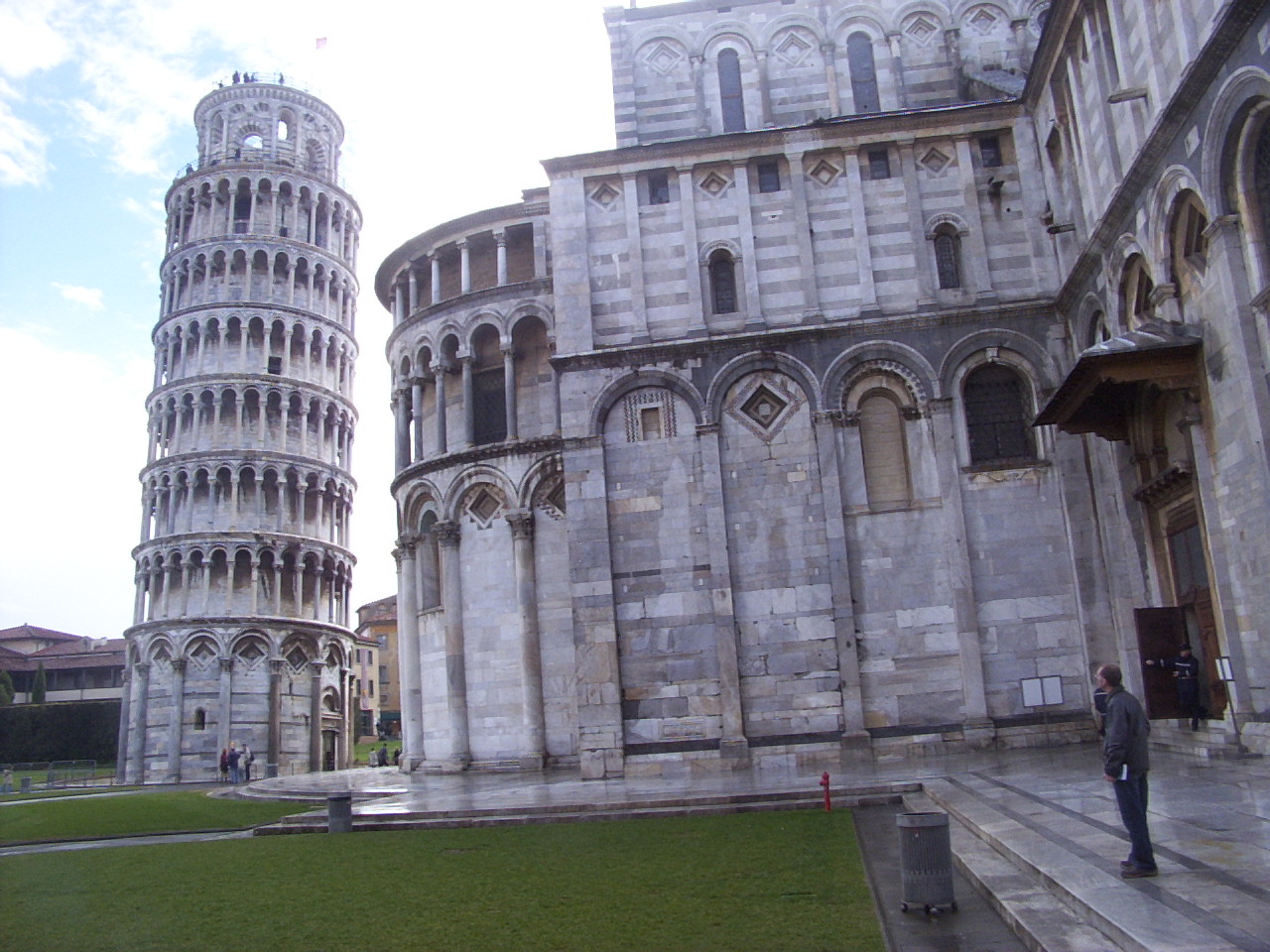 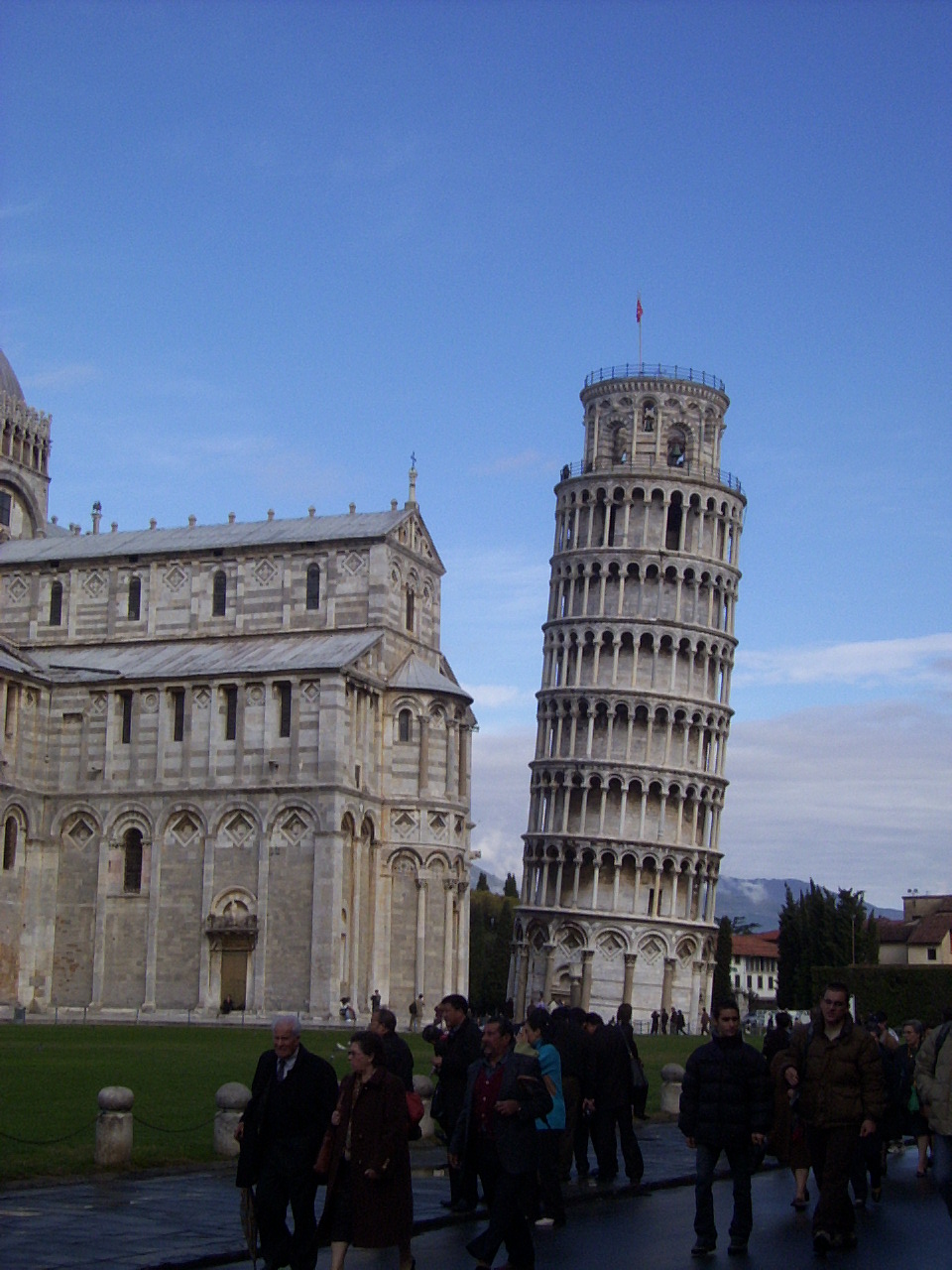 The Battistero di San Giovanni is the largest Baptistery in the world. You can visit the white 12th century building from the outside for free and from the inside for an entrance fee. It is famous for its acoustics, and if you time your visit right, you will experience, every half an hour, a guardian comes in to intonate a few notes, to shows just how well the sound resonates around the space. 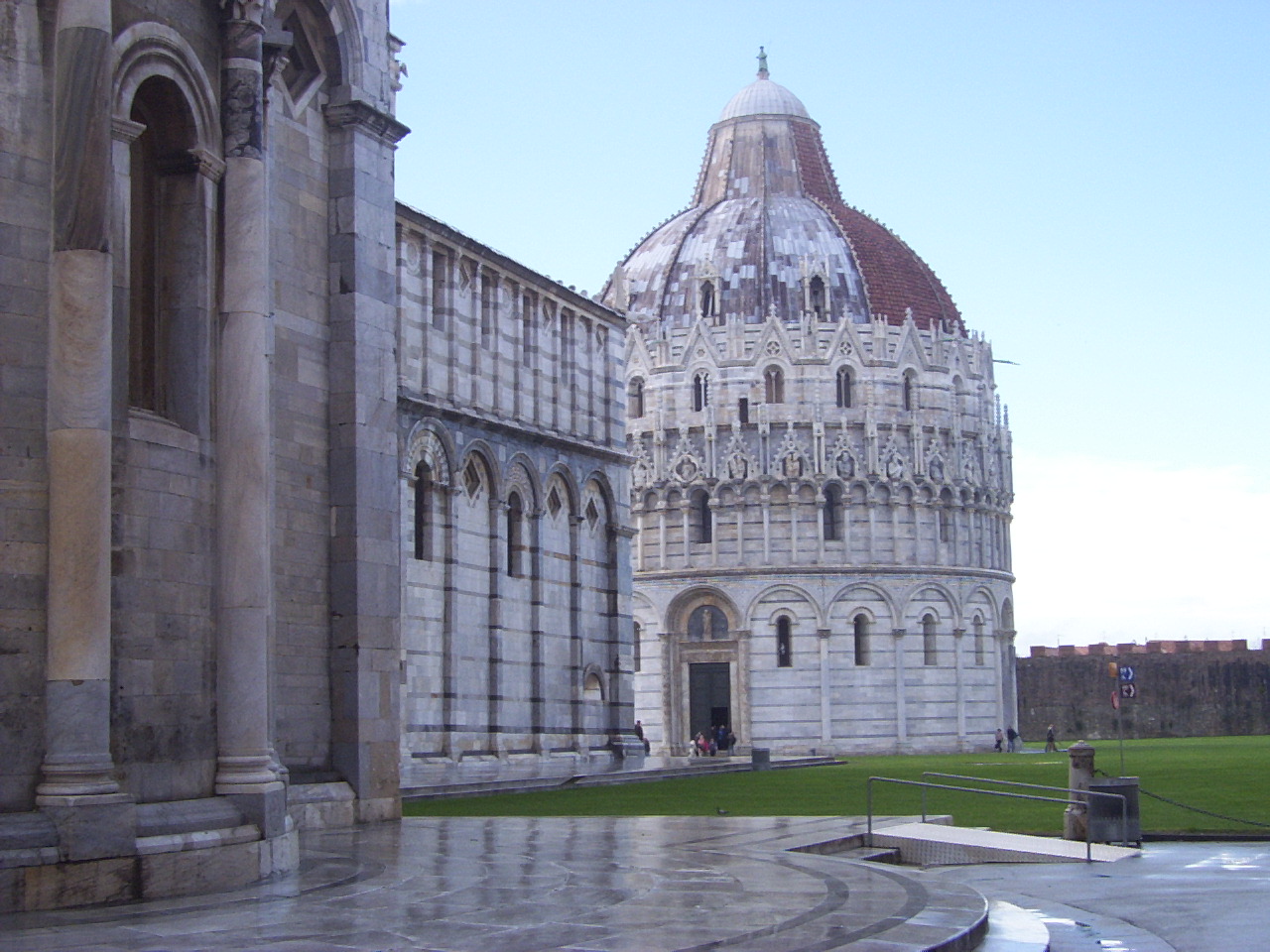 A bird’s eye view of the lean on the Tower. 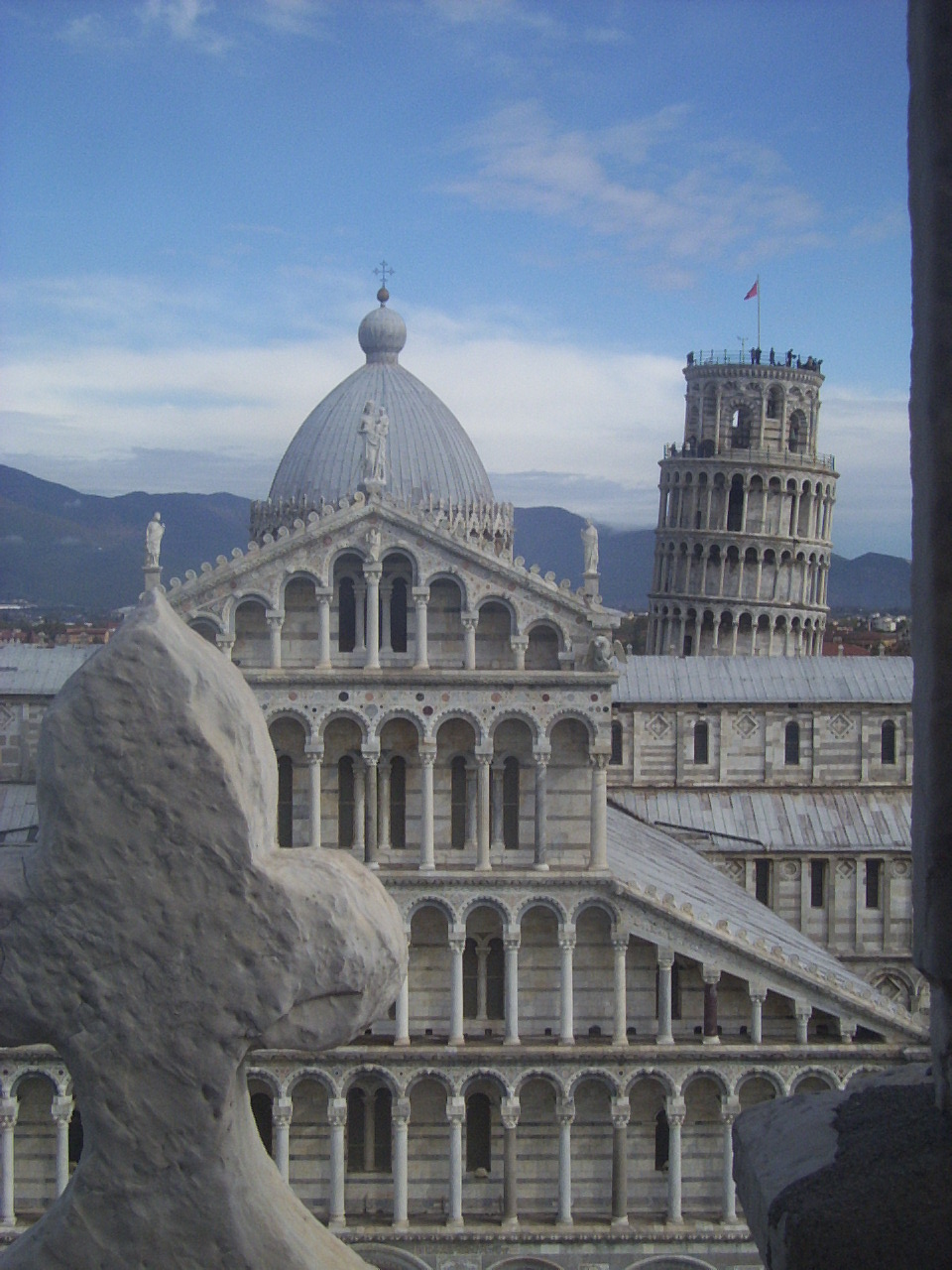 Our top tips, from we visited, would include :