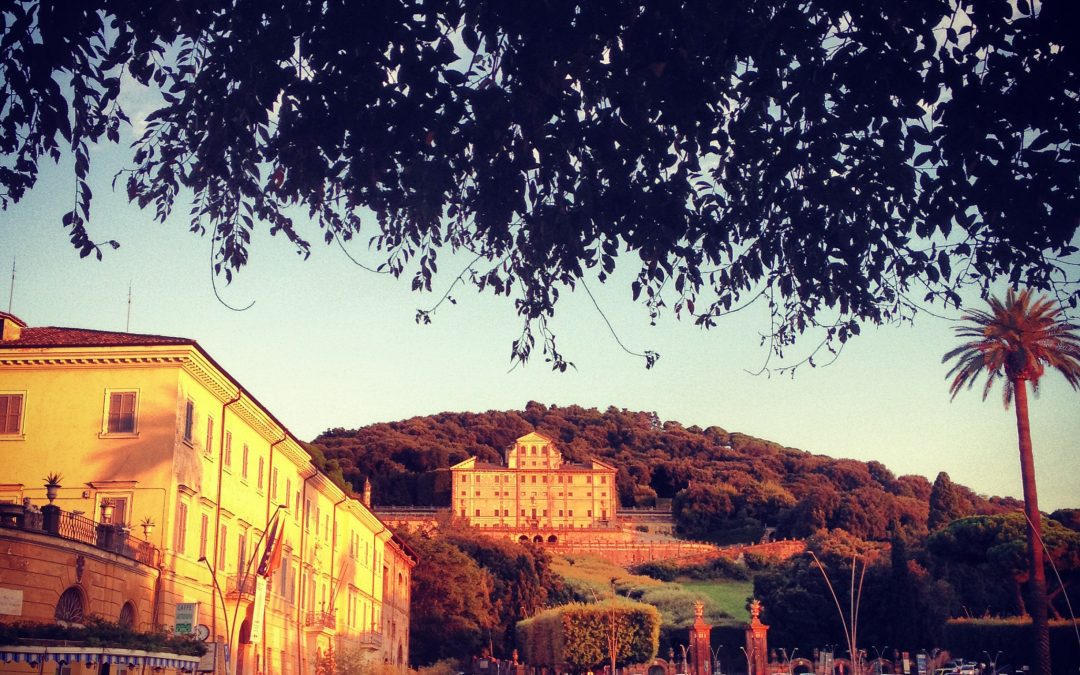 Villa Mercede is a bit different to many of the hotels we choose to stay in on our travels. Personal choice, but we prefer quirky, boutique style (although not those with silly prices), old, traditional etc to modern and quite functional. Which is what Villa Mercede, set on the slopes of the Castelli Romani area in Frascati, is. However, we were only staying one night before embarking on a long drive south to Sicily and so wanted something that would enable us to have a guaranteed good night’s sleep and a big, hot shower. With a pool. And, within walking distance of Frascati.

The hotel, about 1km down the hill from Frascati historical centre, ticked all the boxes – and more. If you want something with a bit of character, first impressions as you pull into the car park. might be a bit disappointing. It looks very new (a plus point of you want modern) & does look as if it might lack character. However, once we checked in, we were delighted. Perfect for an overnight stay. Everything we had wanted was there – including a very big shower. The bed definitely stands out as one of the most comfortable on our current trip – and having travelled a lot in Italy over the last few weeks, we’ve slept in a lot of Italian beds.The hotel has a pool and an outside terrace – it was a hot afternoon in late September & we took advantage of the pool still being open, followed by an ice-cream & a vino from the bar located right next to the hotel. The gelateri had an extensive choice and is clearly a destination for locals, because as we sat relaxing, there was a steady stream of families & couples arriving, buying ice-cream & driving off. The hotel is about 1km from the centre of town – although it is uphill on the way there, it’s not steep and the compensation is that it’s downhill on the way back. All in all, a great find for a short stop over in a beautiful city in the hills above Rome. 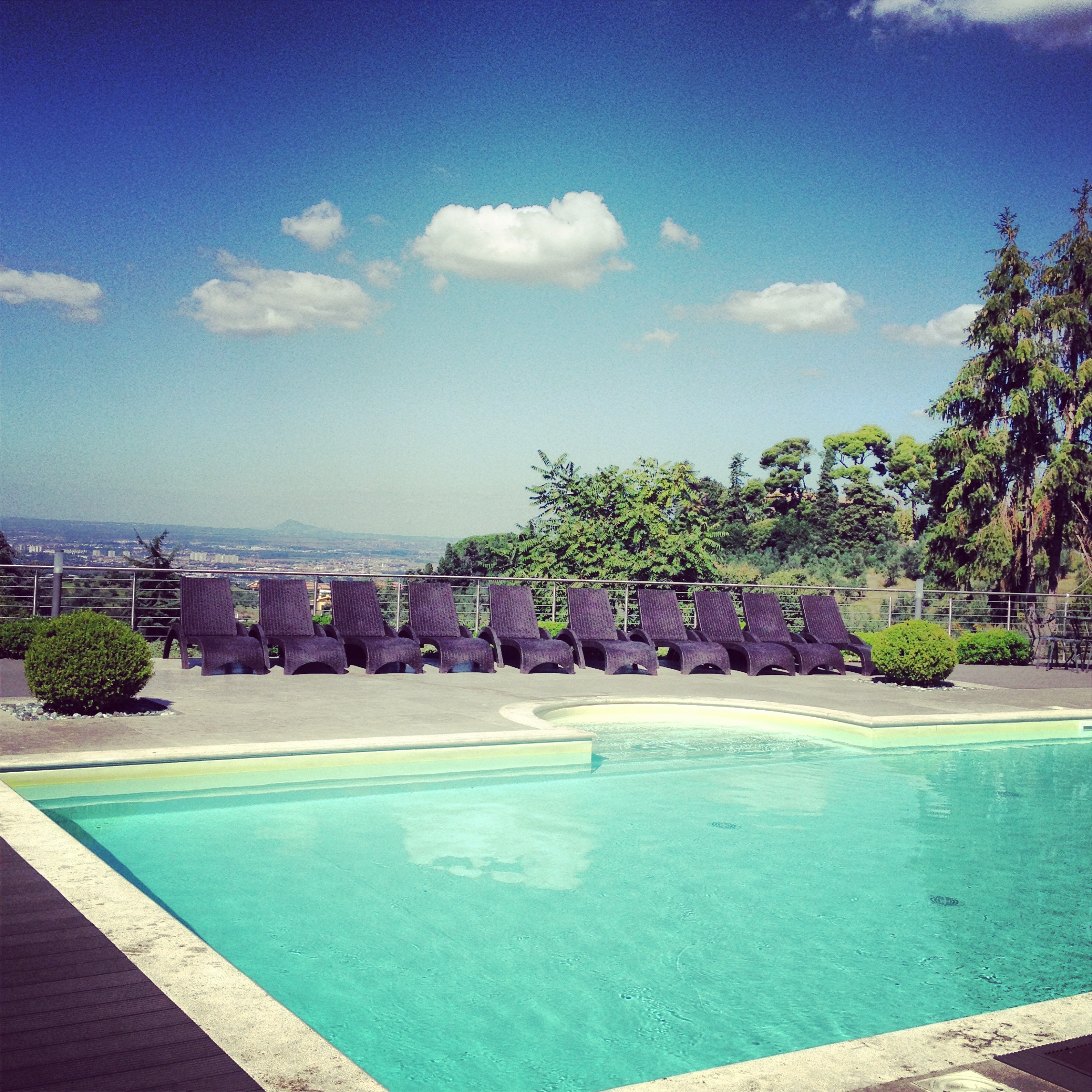 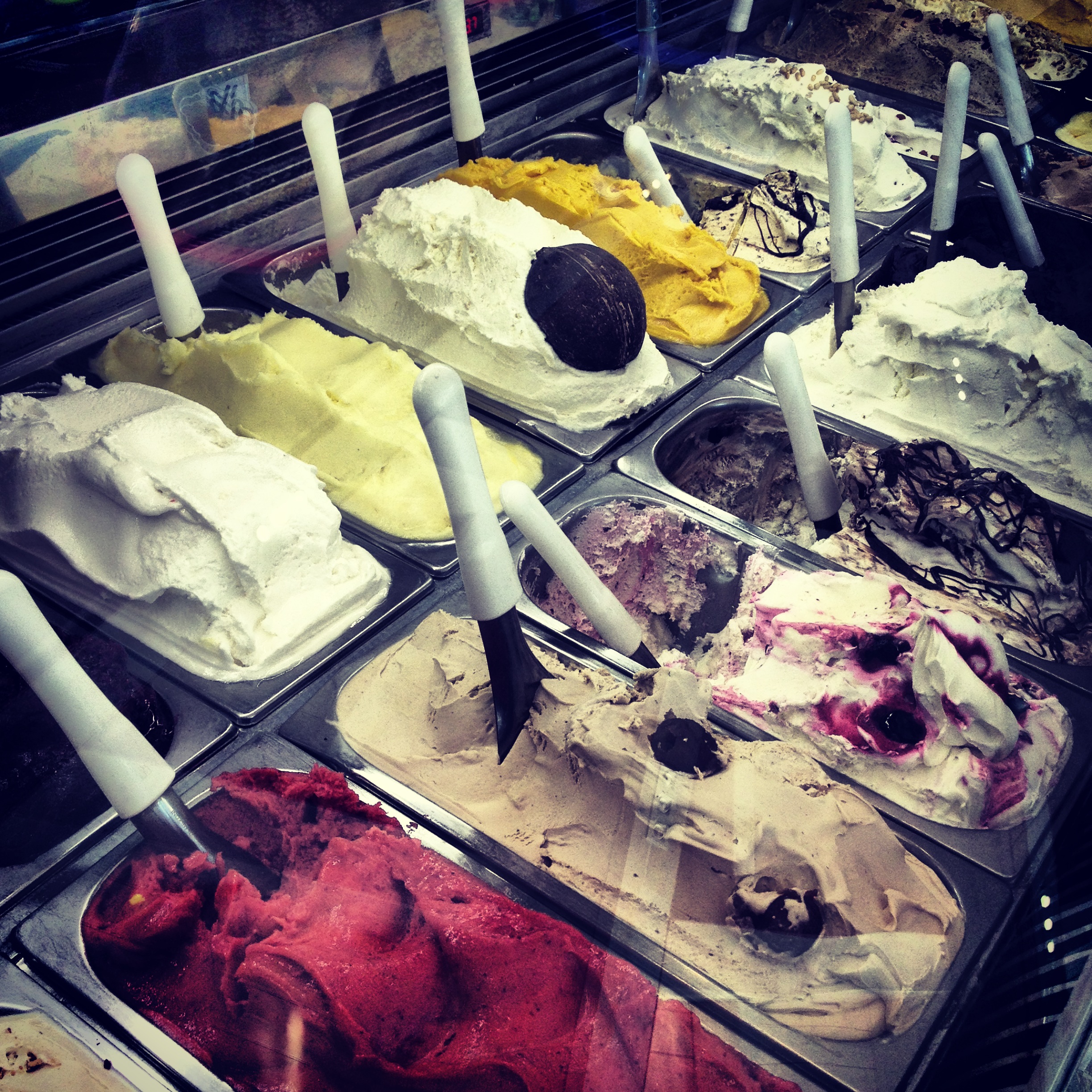 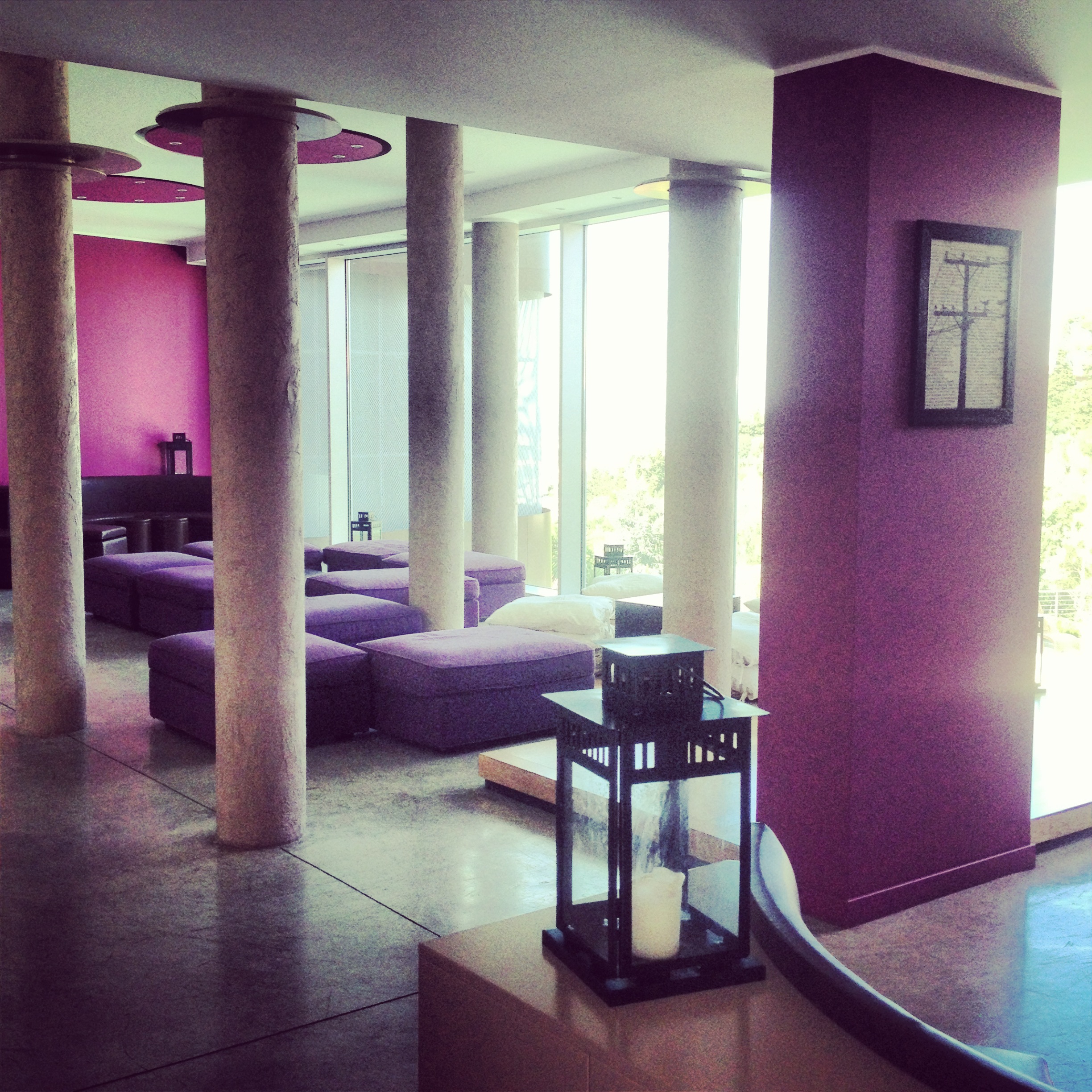 Our stay in Frascati was made all the more special by a spectacular sunset over Rome. The centre of the town was packed with locals and holiday-makers, clearly making the most of the late summer, Sunday evening sunshine. 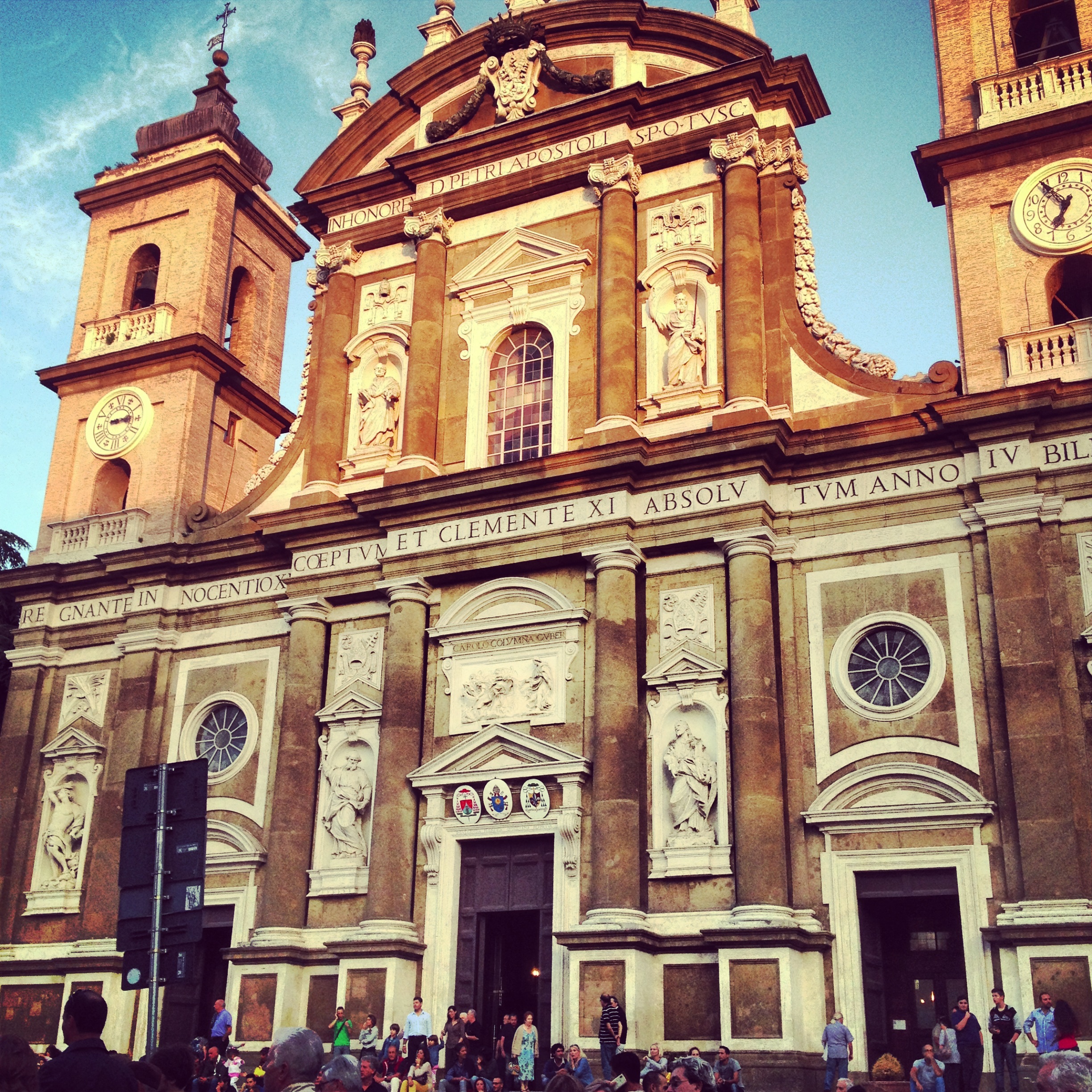 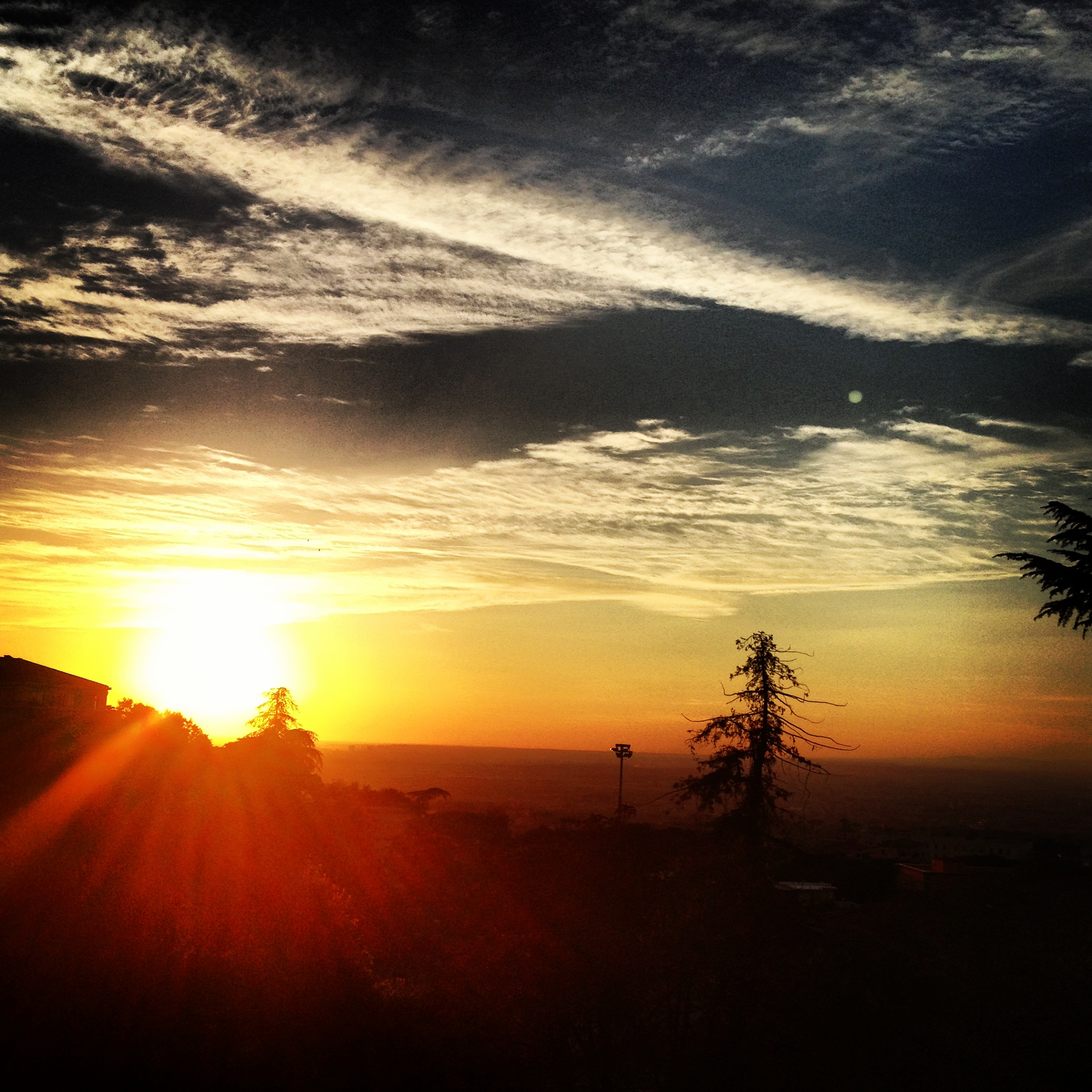 We found a very cool restaurant, with views down and across to Rome, which by the time we ate, was twinkling in the distance. 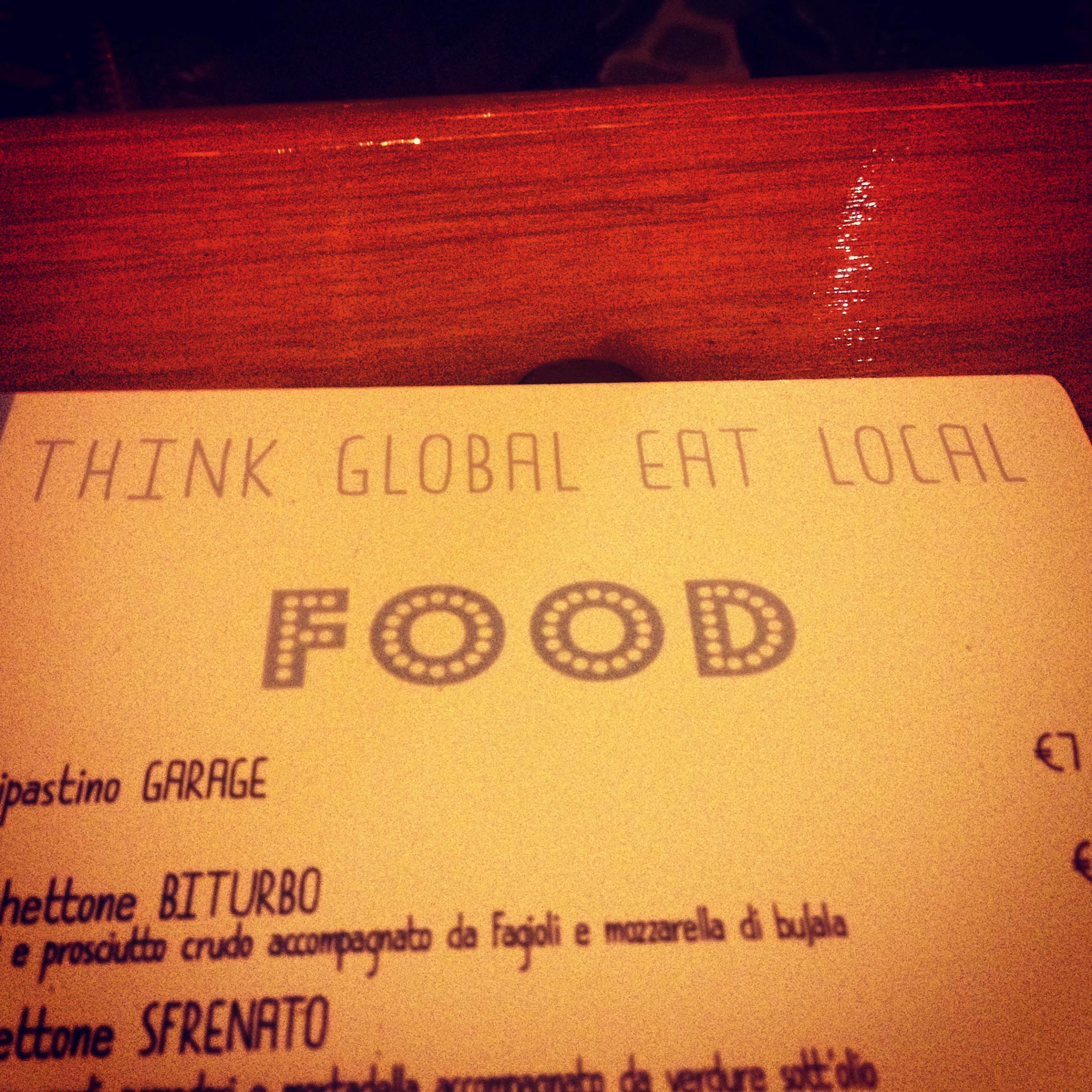 And then, as we were having a drink – frascati, obviously – out of nowhere, appeared a religious procession, followed by a fireworks. We’re not religious in any way, but somehow when you’re in Italy, the spectacle and theatre of religion, is just so *right*… 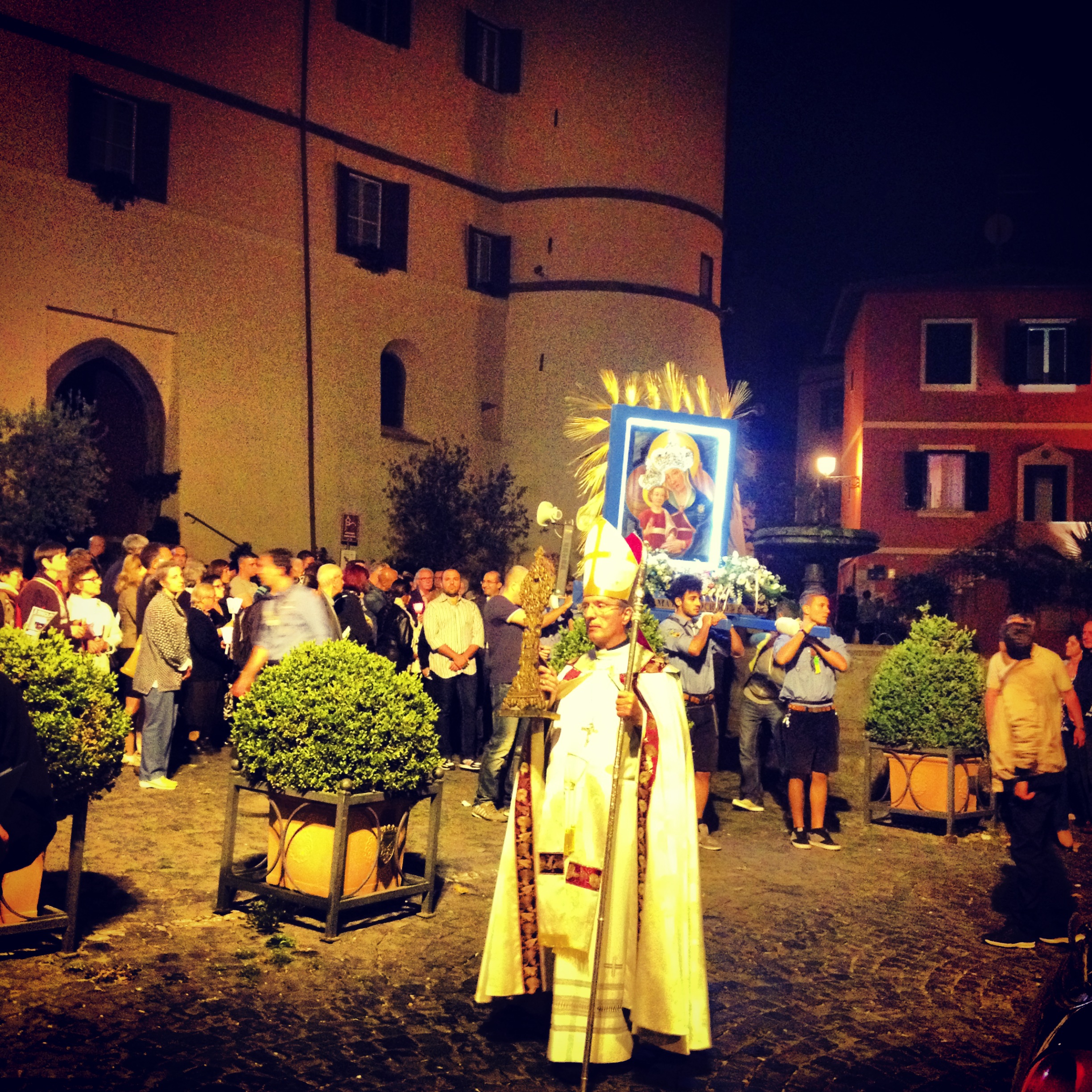 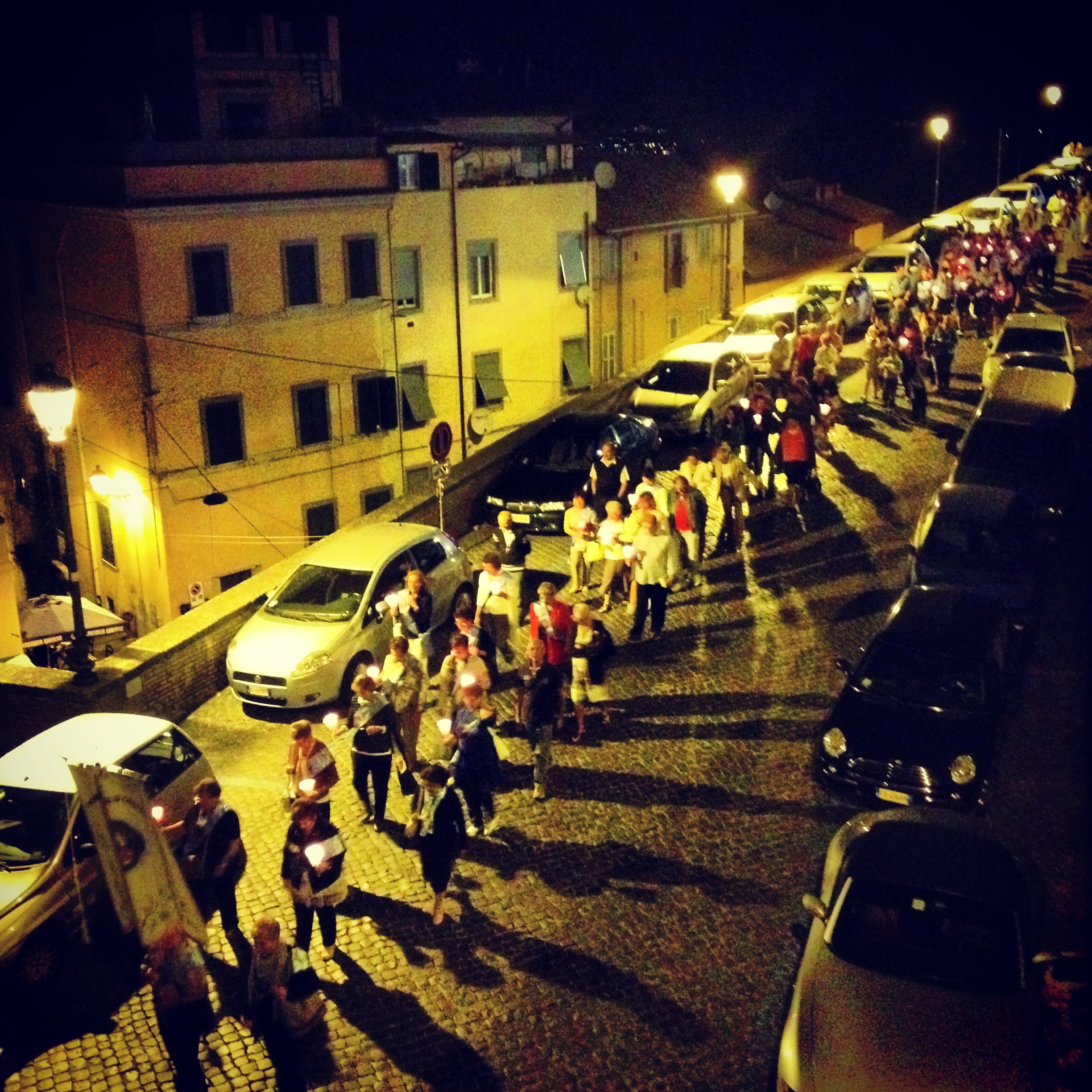 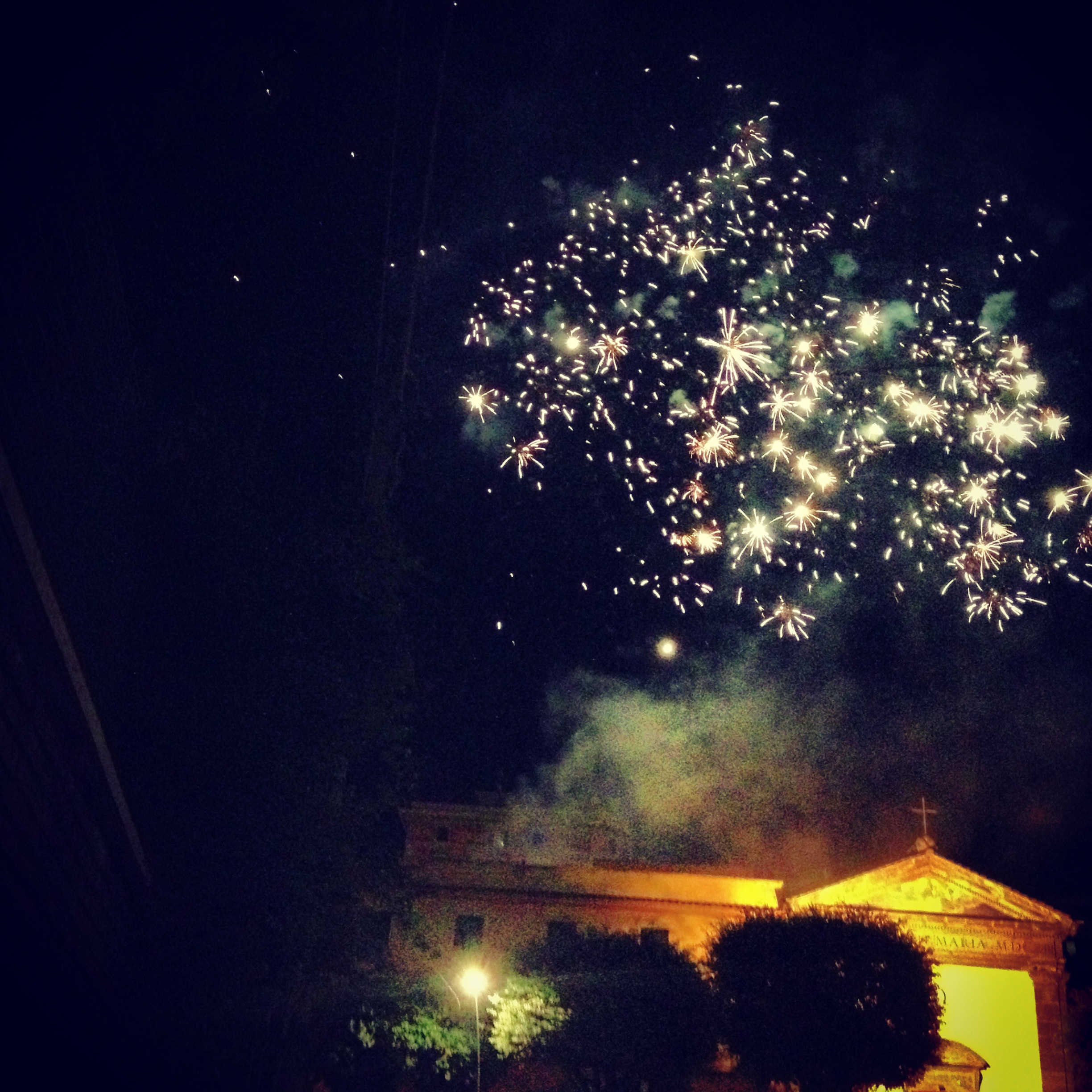