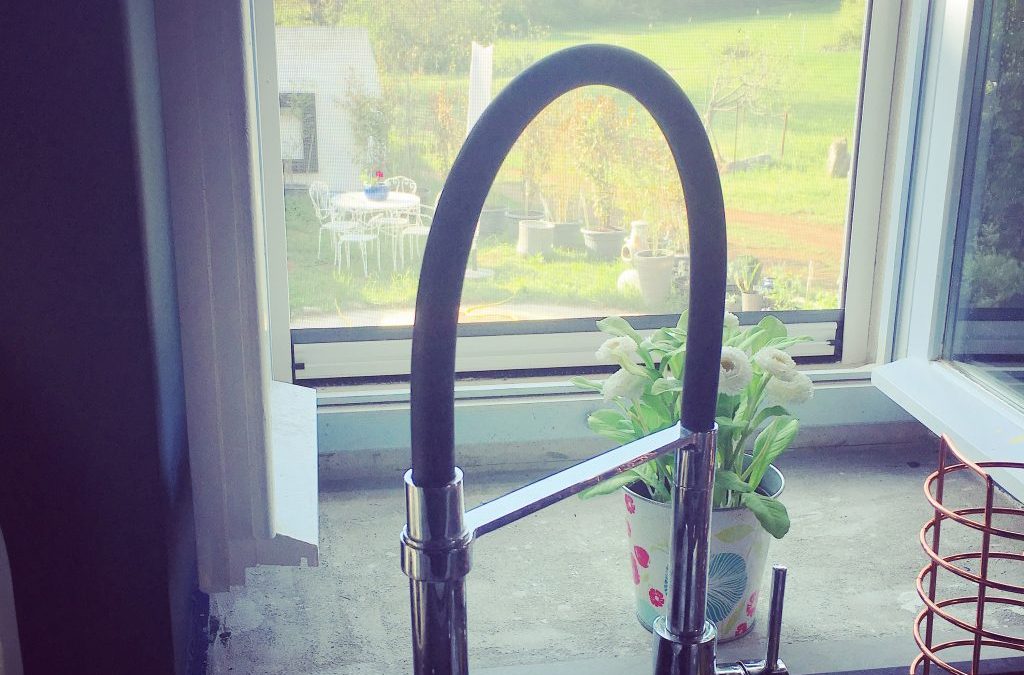 Given that work on the kitchen started way back in November, we did cut it a bit fine to greet our first guests last week. Admittedly, the scope of the project grew and grew, but we did think our friends would arrive and we’d still be kitchenless. Thankfully, this wasn’t the case and it was finally fitted the week before last. There’s still a lot to do – second coat of Farrow & Ball Hague Blue, window surrounds & cills to be finished, additional LED lights to be fitted, and the breakfast bar to be completed. Unfortunately, the fascia board that finishes it off, under the shelf, wasn’t delivered so has had to be re-ordered. We also made a bit of error with the washing machine. It was another case of “lost in translation” as we understood that our fairly new washing machine could just be integrated. Not so, so we need to get this sorted by buying a new one (again!) and having it fitted properly. No photos of this part of the kitchen until it’s all done 😉

The installation was a remarkably swift process – everything delivered one day, and the next the fitter arrived, at 8am. He was gone by 3pm – and we had a kitchen! We finally had a working kitchen, with integrated appliances. And the best thing was, it had been so long since we’d sat down and planned it and ordered it, that seeing the various components that made it all up, was a bit of a surprise. We’d certainly forgotten quite how sleek and beautiful the tap was… 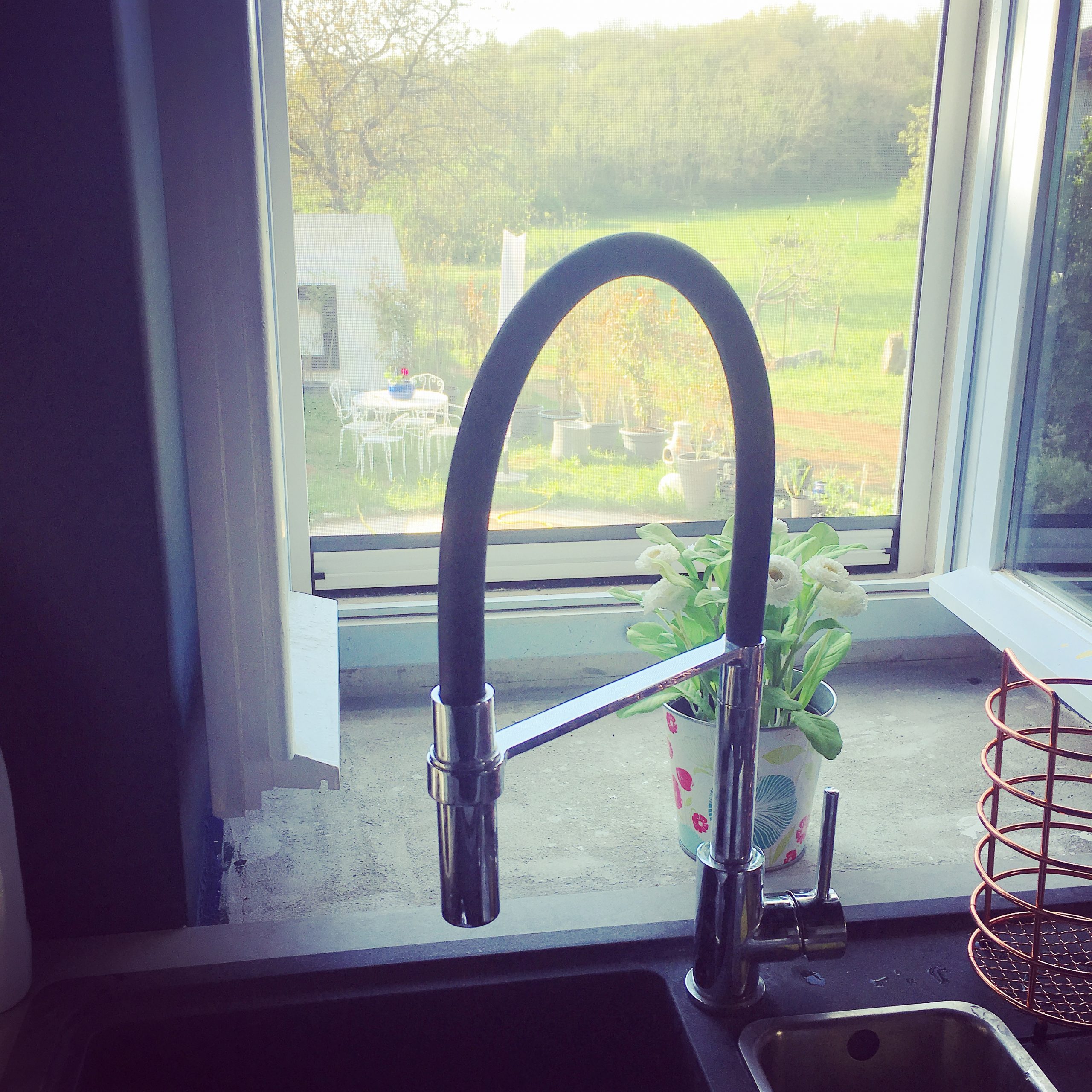 Ignore the unfinished, because we finally have a tap!

The walls are Farrow & Ball Hague Blue – our builder thinks we are mad 😉 – but they contrast so gorgeously with the concrete effect units and new floorboards. Under which is underfloor heating – not a frivolity, but a necessity, especially after the winter we’ve just endured. The newly exposed ceiling is also painted Hague Blue, but with new spotlights and exposed beams, we figured the room could take it. Also, every other room in the house is white, so we wanted a big contrast. And boy, do we have it. It’s the most luscious colour we’ve ever put on a wall. 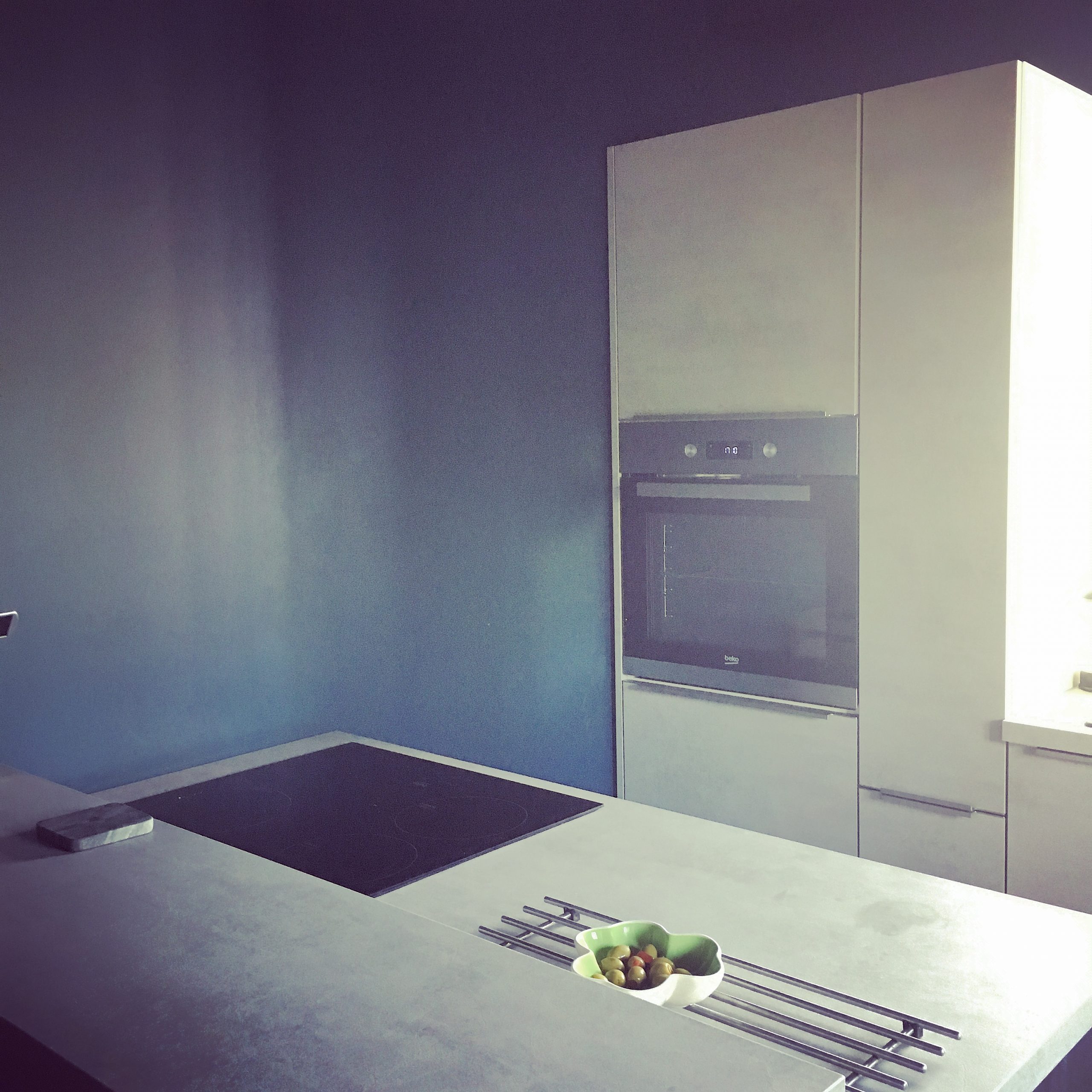 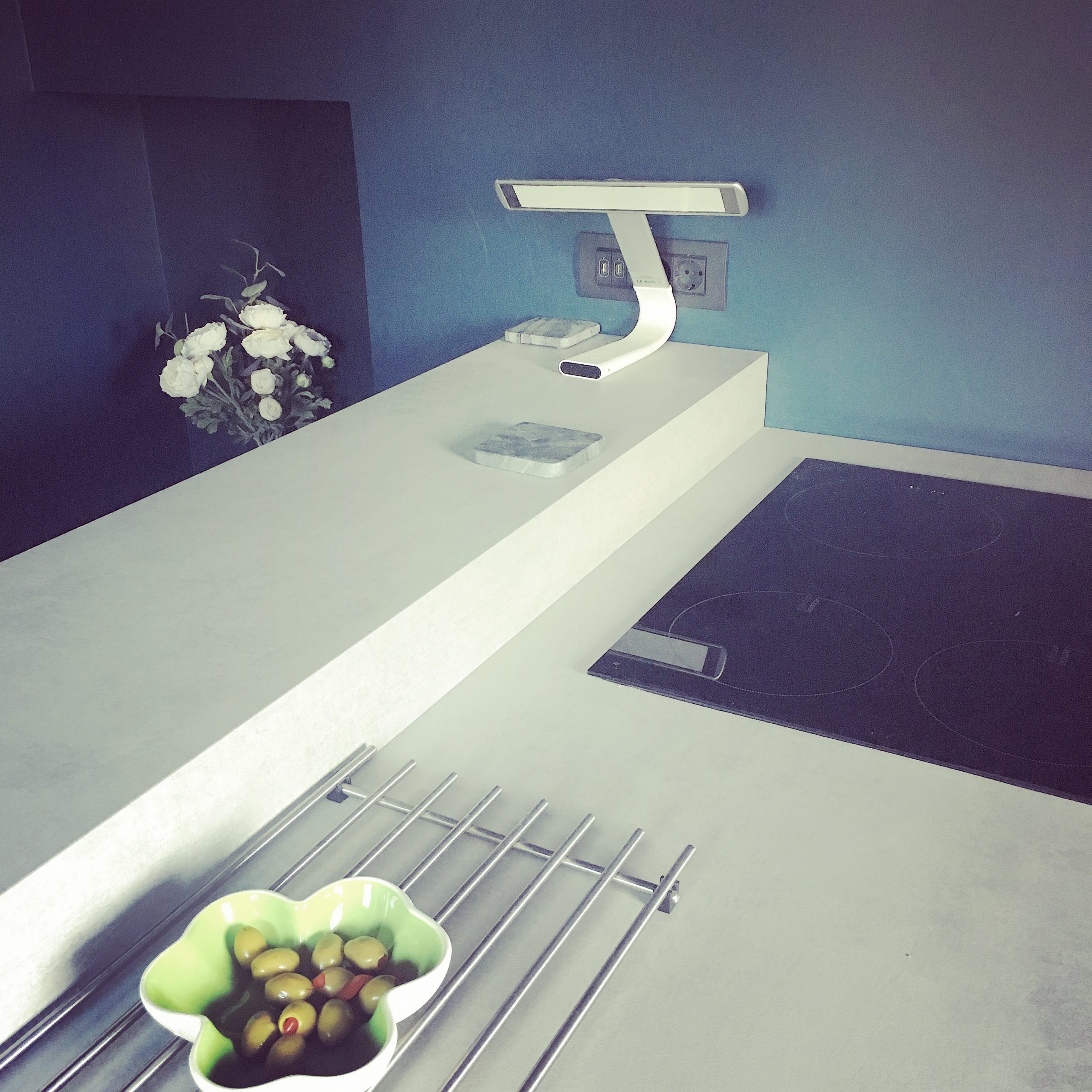 Although it’s not the biggest kitchen in the world – we resisted the temptation to relocate it into The Well Room, which had been the original thinking – it’s bigger than anything we’ve had before, always having had teeny weeny kitchens. It’s been really well designed – we got great advice – and so have so much storage space now, as well as the very essential soft closing doors and drawers. The two new steps into the kitchen are underlit with LED strips and look very beautiful, as do the matte black switches.

So, it’s now onto finishing it off and then getting on with The Well Room (the concrete table is in situ, but again needs to be finished) and the well is now outside, but the chamber needs to have the lighting installed and the reinforced glass cover made and installed. The stone walls will then be insulated and boarded out so that when painted white, we will have super smooth walls which will enable the house to retain heat in the winter. Boards are also being laid over the stone floor – although we’re again challenging our fab builder as what we want, isn’t a normal floor. (He loves us…).

The downstairs bathroom has been replumbed and a new floor laid. The underfloor heating is going down in here this week, then it’s the big tiling job. And then, the boxes housing a shower, a toilet, a sink, a cupboard etc can move out from behind the sofa as the bathroom will be ready to be installed. Then – the garden…

It is never ending!