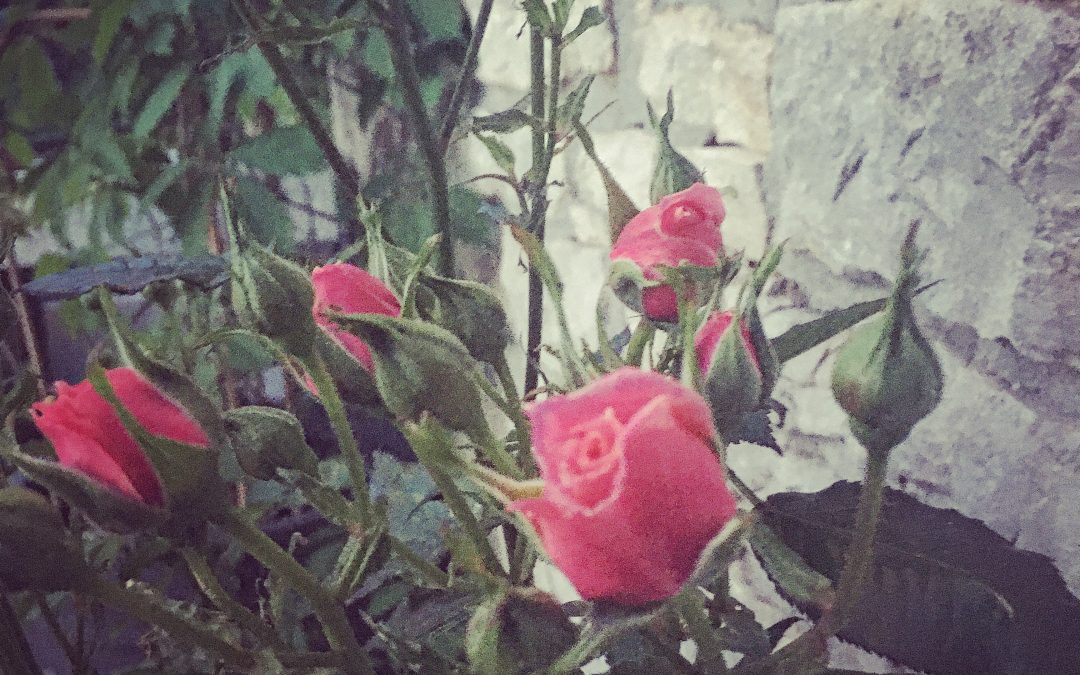 After over a year of lockdown and travel restrictions, we’ve finally been double jabbed and now that we can access the EU vaccination certificate, the prospect of travel is on the horizon. Not immediately, but the prospect is there. In the meantime however, we’re going to enjoy the garden we have been working hard on creating, since early spring. Building works on the house have now finished, so there’s no more mess in the garden. Meaning that we’ve able to tackle it properly. Way back in February, we started on the little patch of land which is communally owned (but no-one so far seems to have taken responsibility for it), just to the side of the house. Trees, vines, ivy, weeds etc were cleared and a small wooden fence put in, to create a lavender patch. The area was also cleared of stones and levelled. 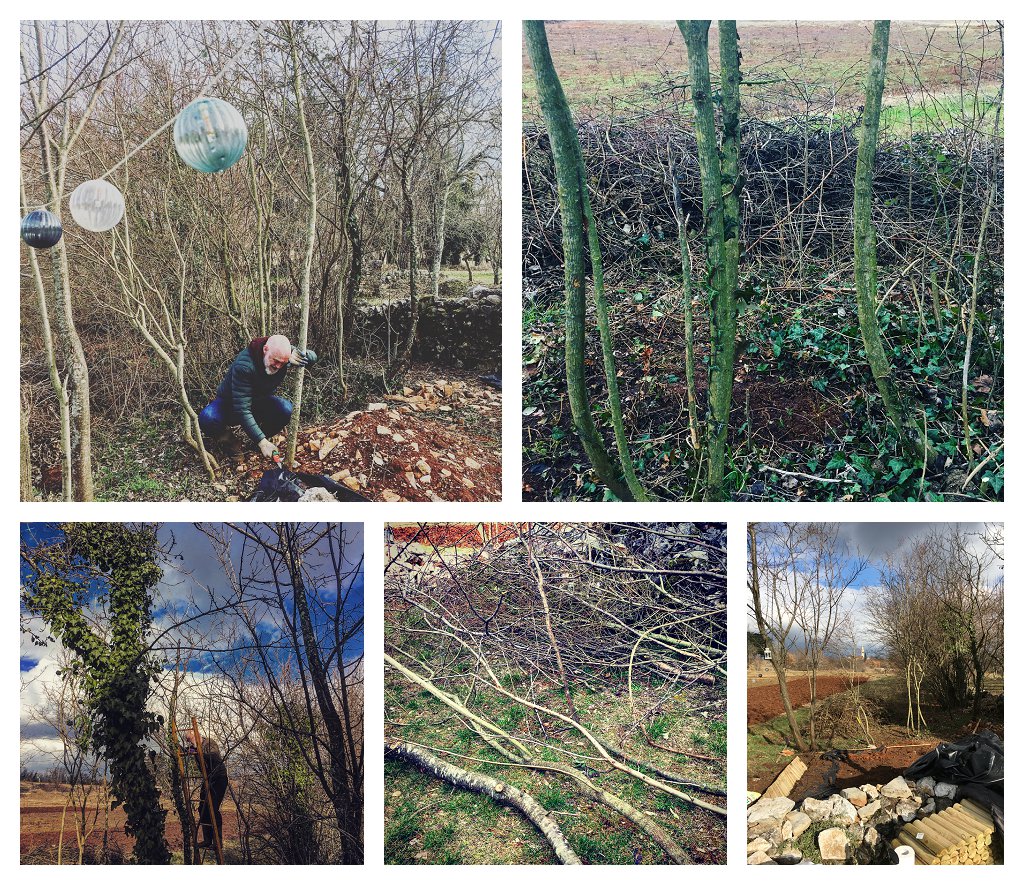 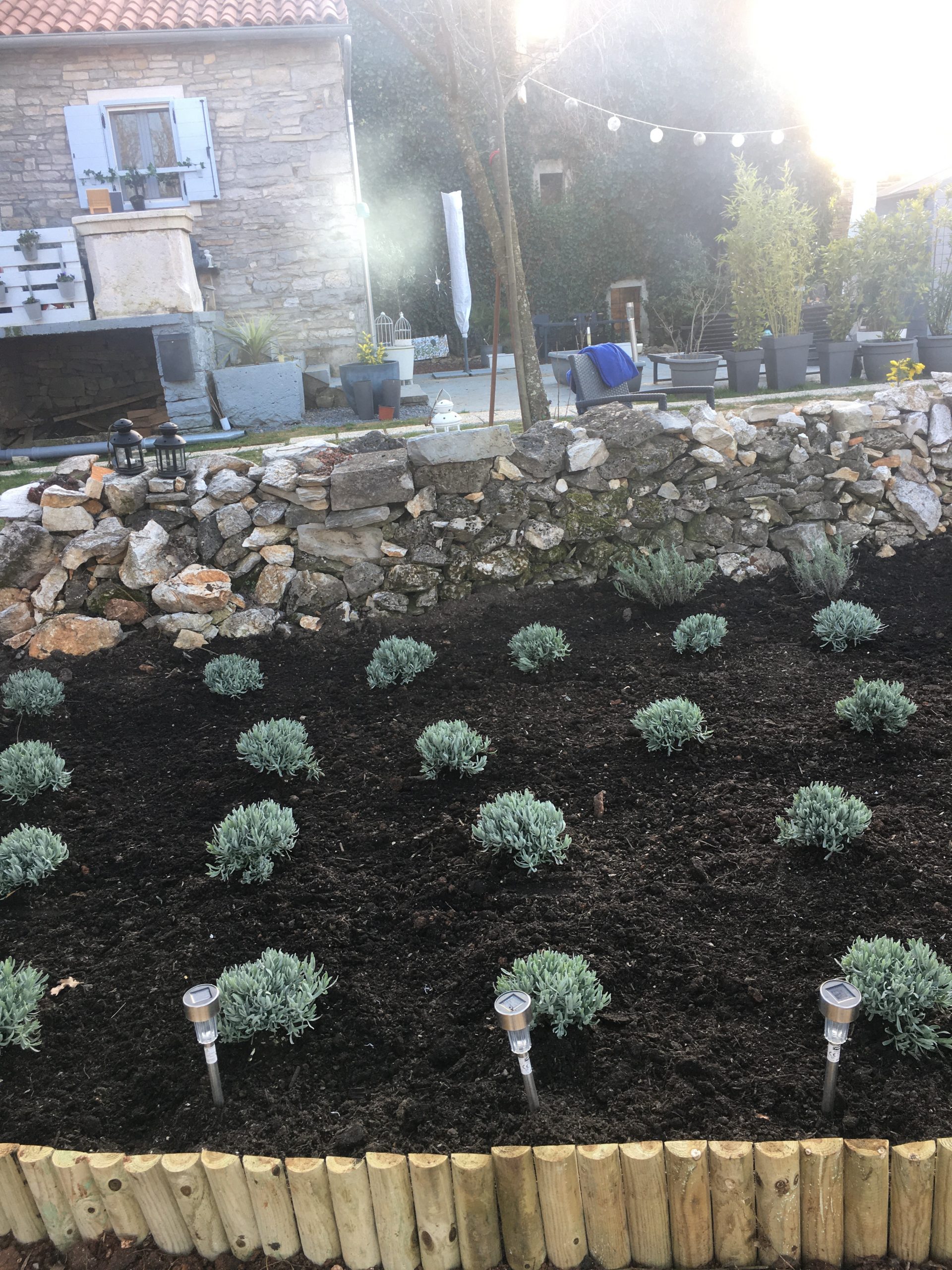 Spring has felt very long, but finally summer has arrived. February, March & April were spent sowing wildflower seeds, seed balls, sunflowers, dahlias, new potted plants and climbing roses. Most mornings were spent doing a “tour of duty” around the garden – pulling out weeds, checking on new growth, nurturing and watering and feeding. And, we think it has finally paid off… 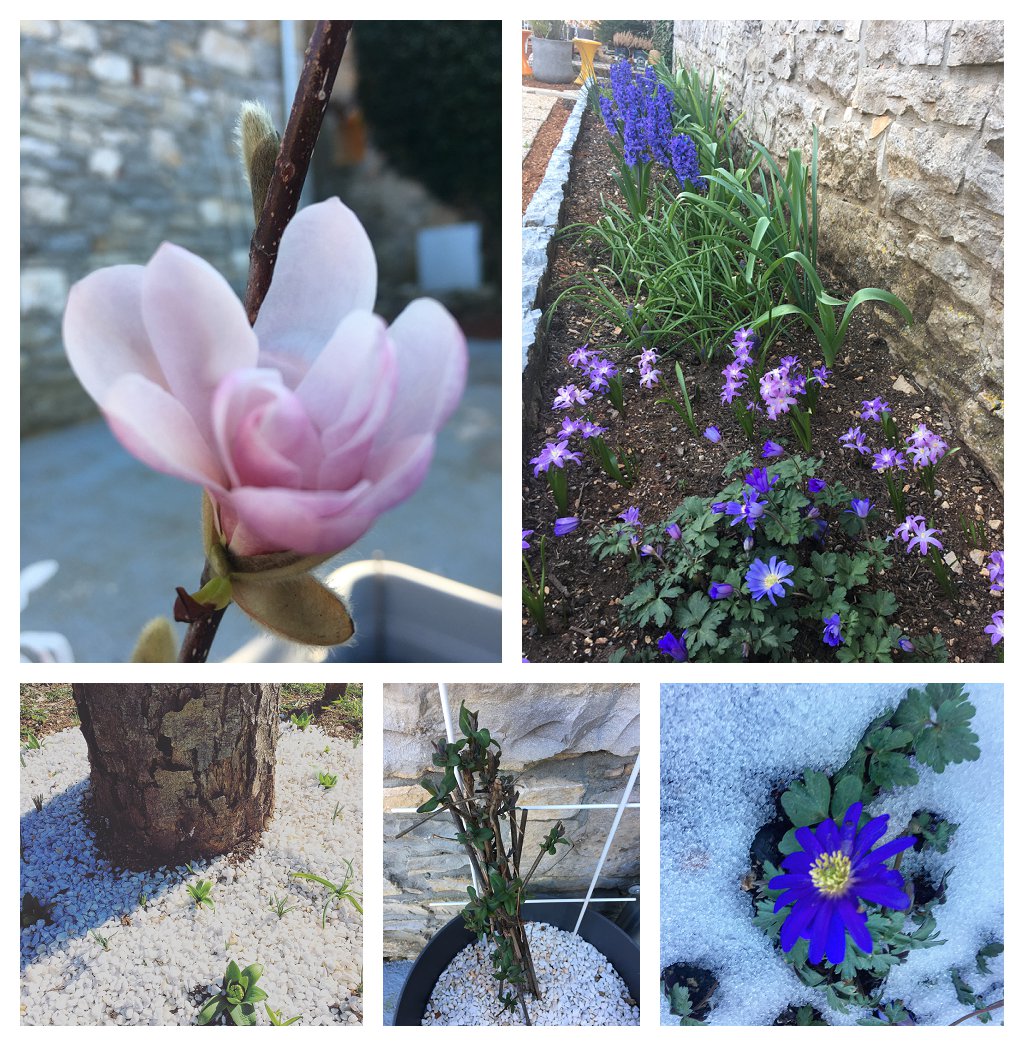 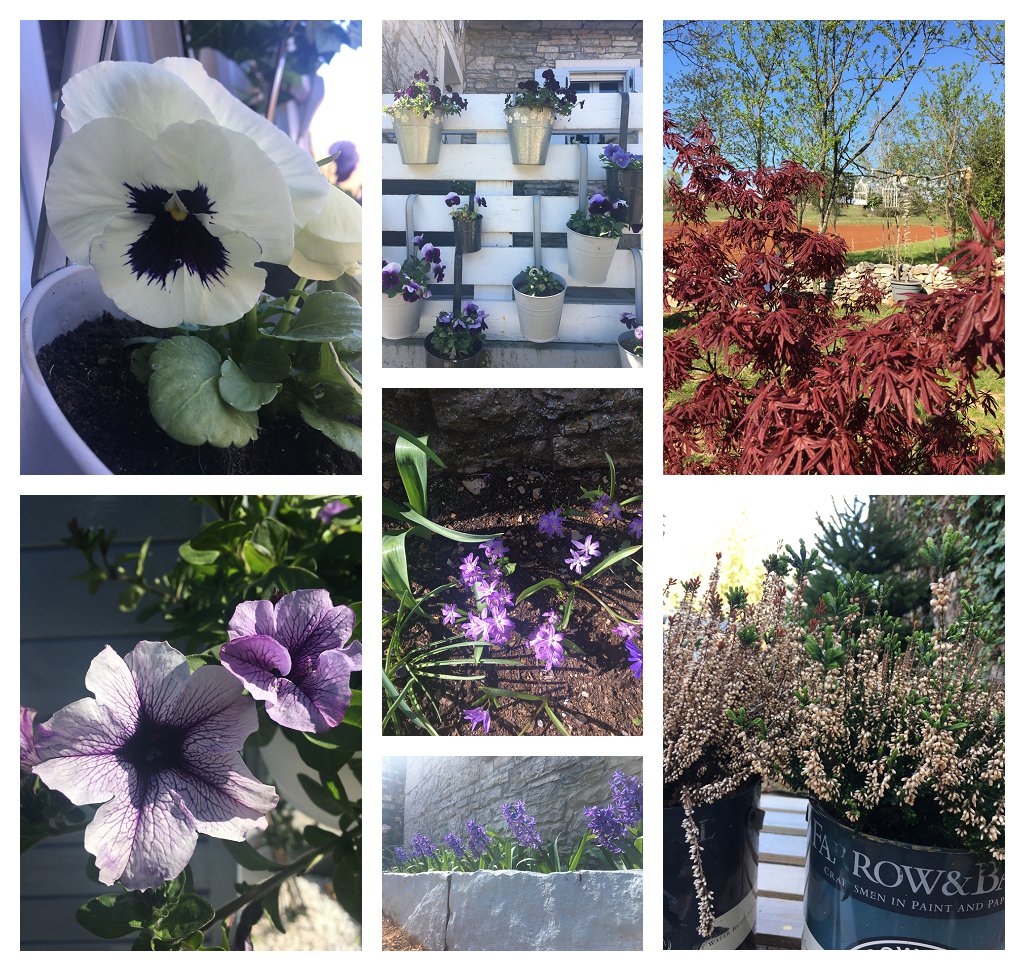 Of course, in the middle of the growth spurt, we did have a very, very cold snap and we thought that our beautiful new growth would perish. But, as we know, nature is nothing if not hardy. 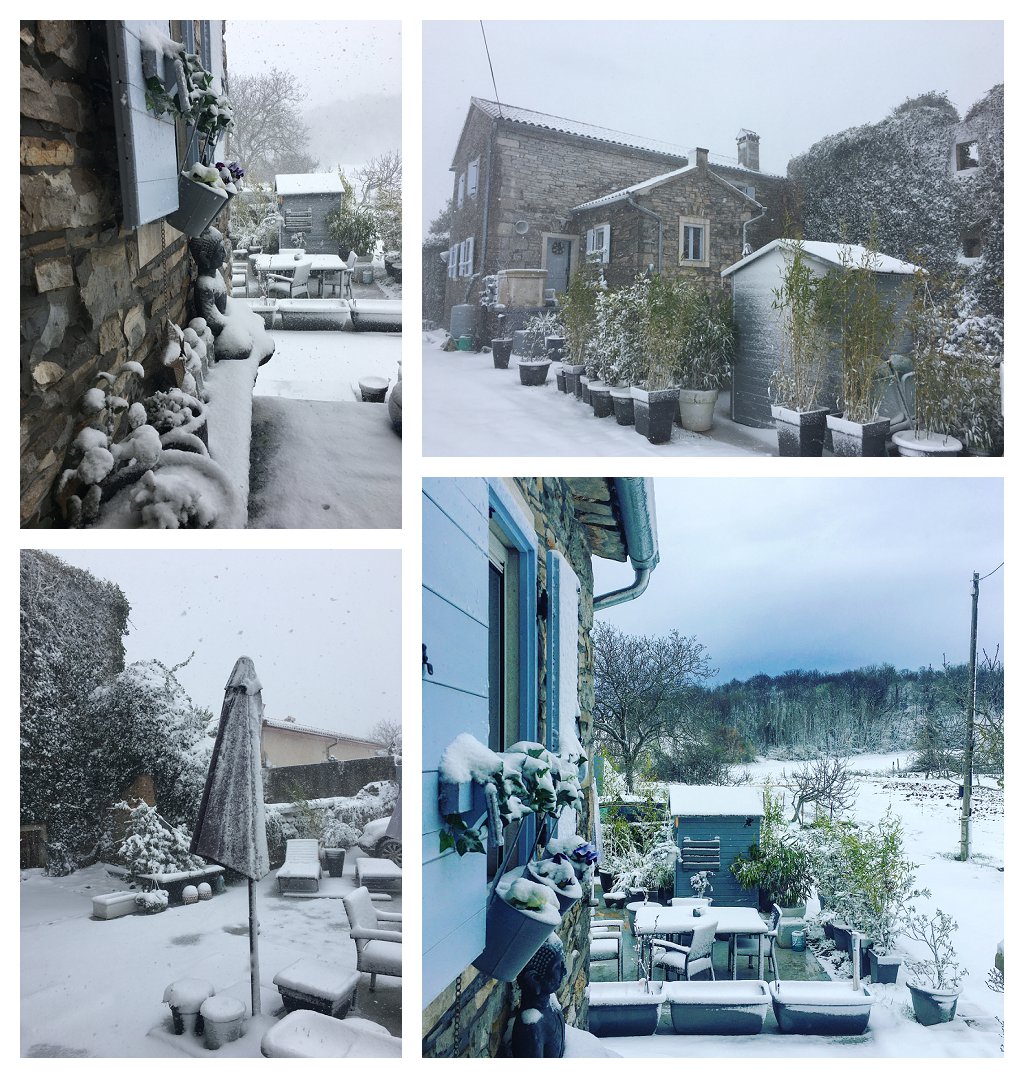 Once the snow had thawed, our attention turned to the land around our little abandoned house to the rear of the main house. This was also cleared of stones and vines and weeds, and black plastic sheeting laid, before being covered with red bark. We also created a stepping stone path to the back of the house, using spare flagstones to create curves for interest, which were infilled with wildflower seeds. Solar lights have made a huge difference, as this part of the garden is now lit up at night. 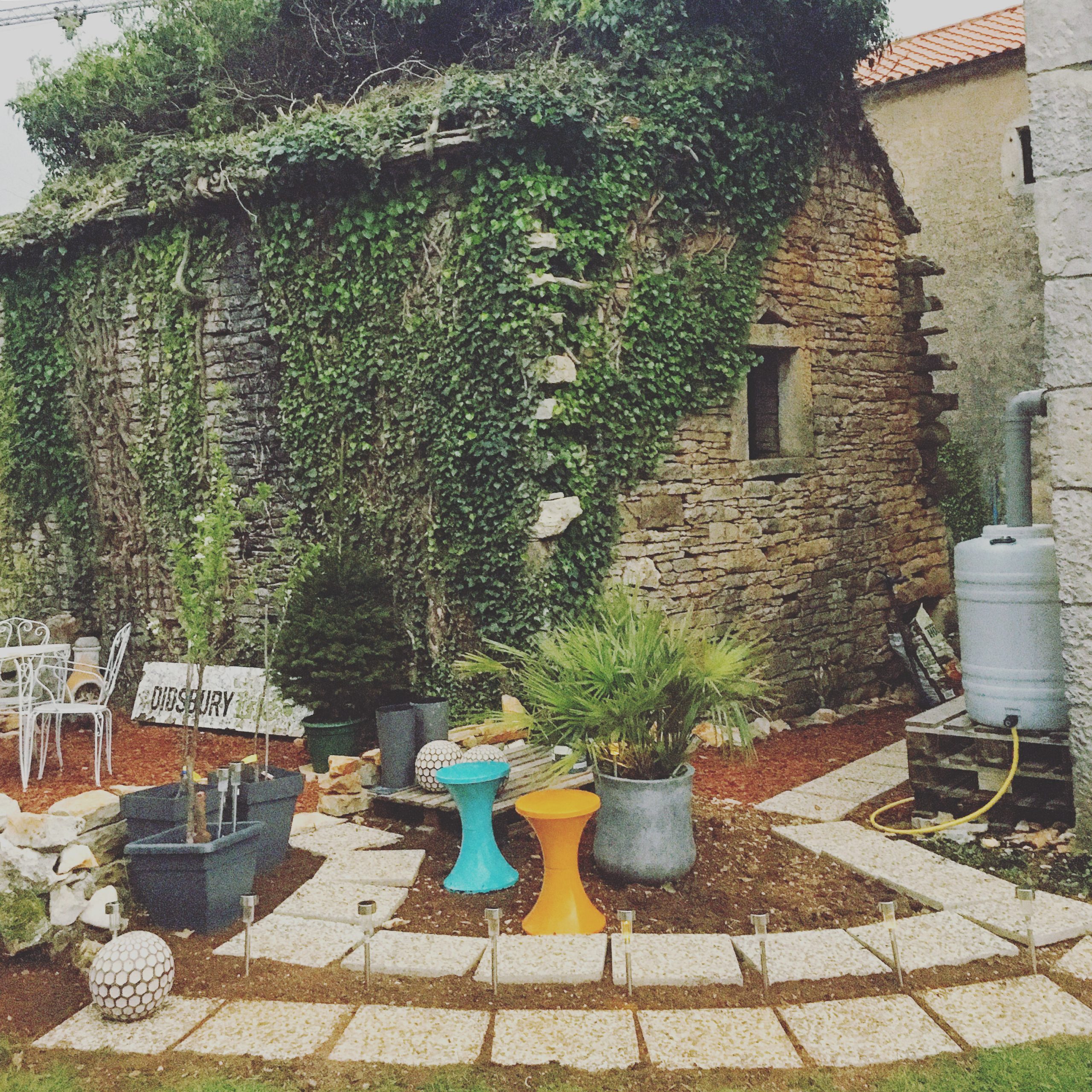 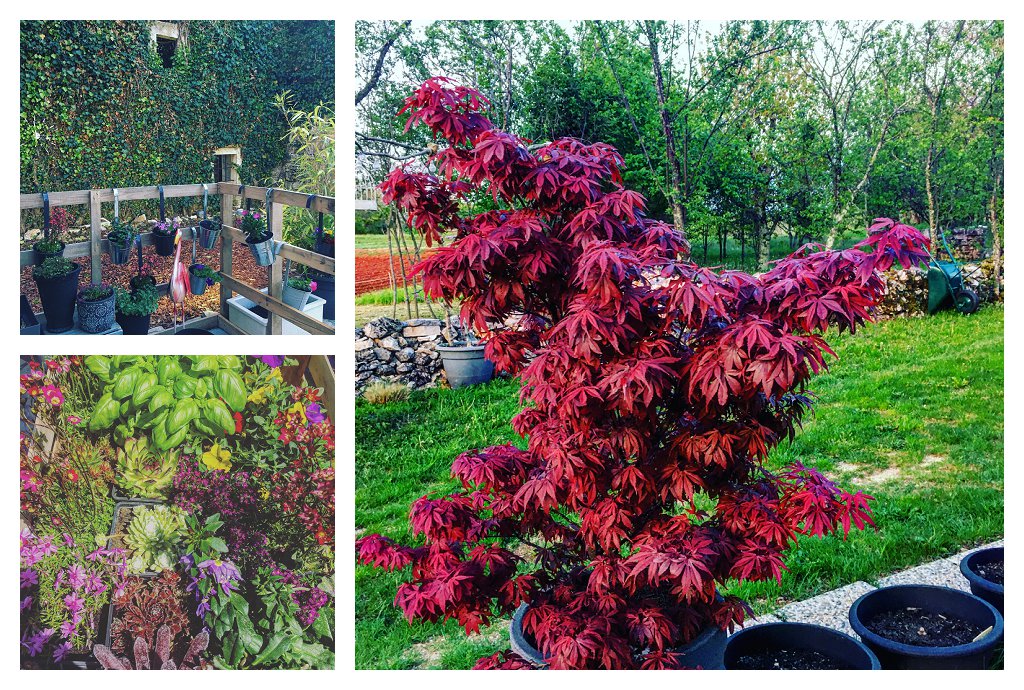 We also ensured that we used cut down branches – they became supports for the climbers, including our honeysuckle and wisteria. An old log crate was also chopped up and recycled, part of it being utilised as a “fence” to hang plants from and encourage one of Virginal Creepers to entwine its way around it. 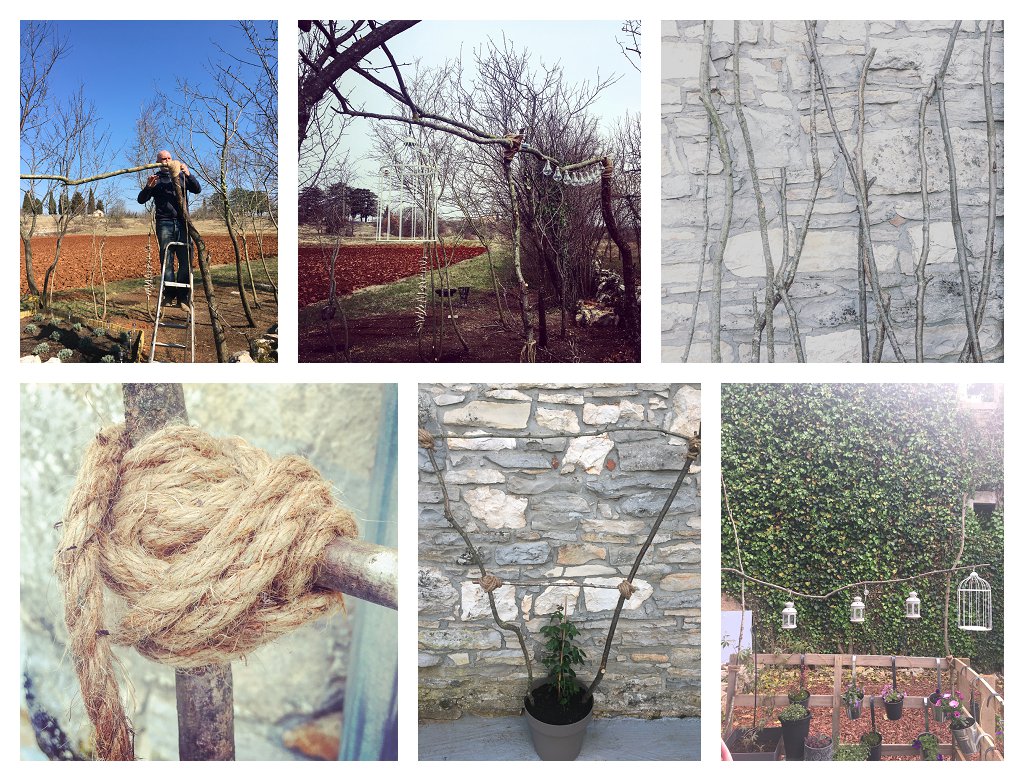 Over the last couple of months, the garden has exploded into a riot of colour. It’s looking so pretty, we’ve decided that new sunbeds and an outdoor L-shaped sofa were in order. More of that in the next blog, but here’s a snapshot of what’s been emerging.., 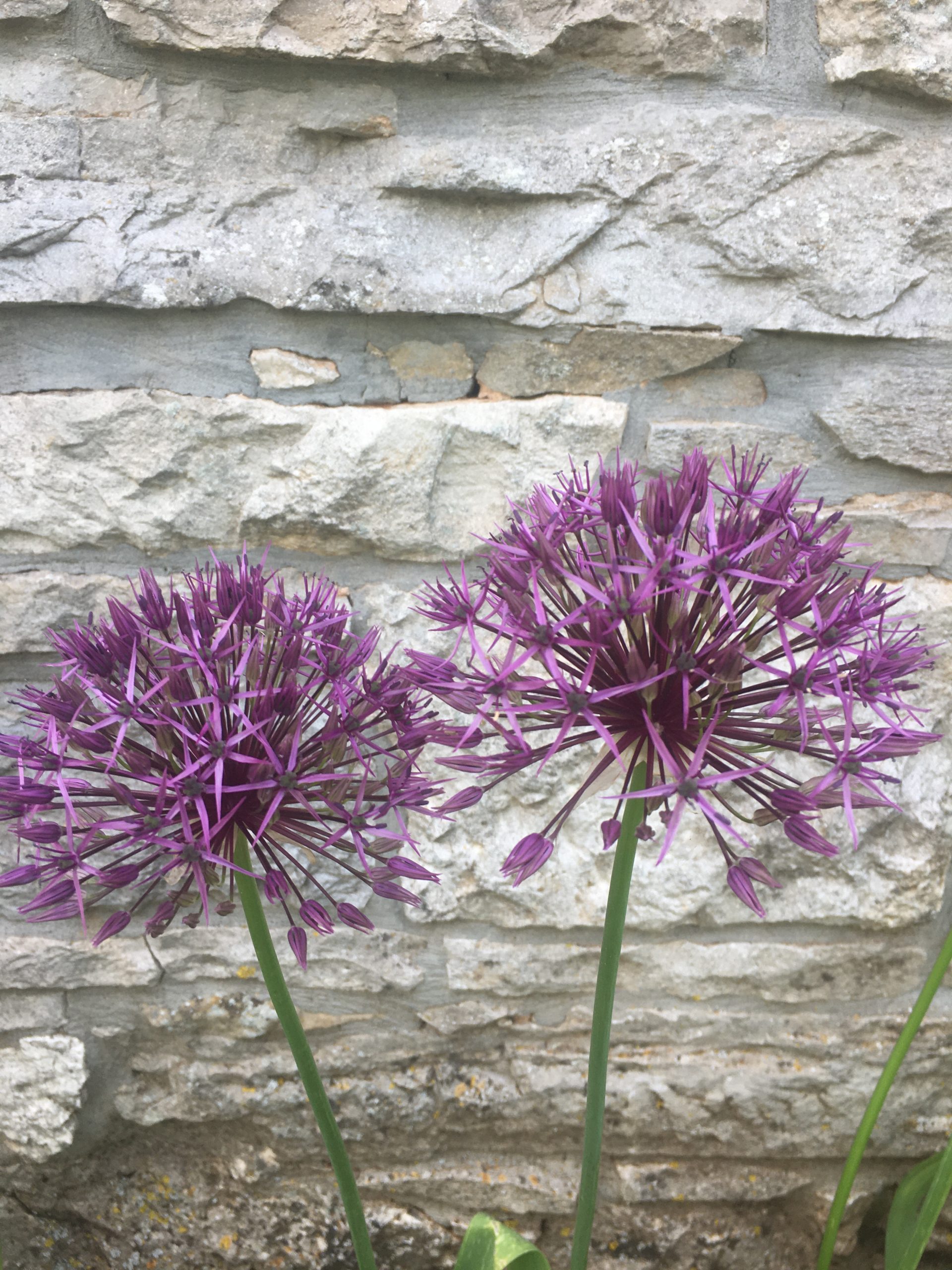 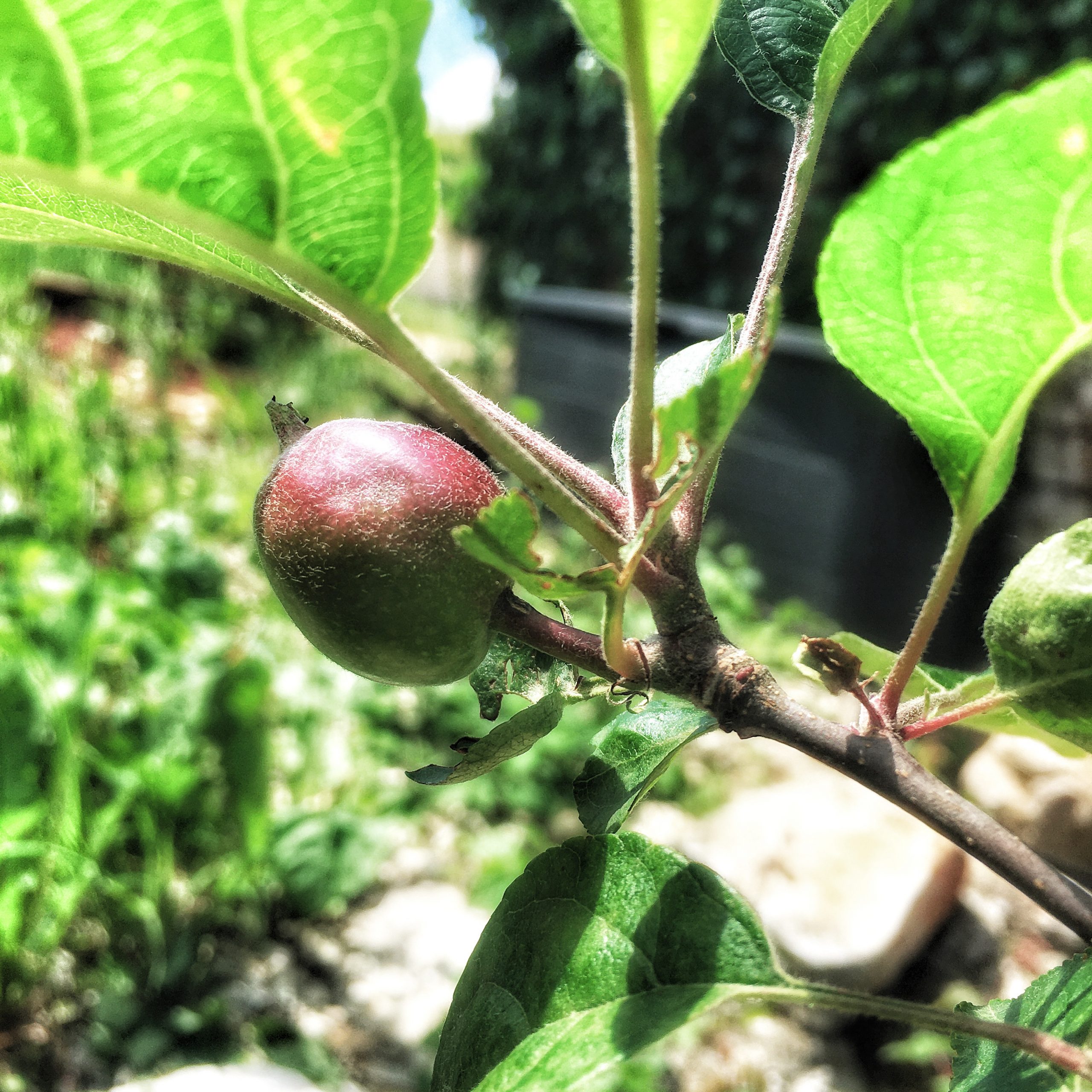 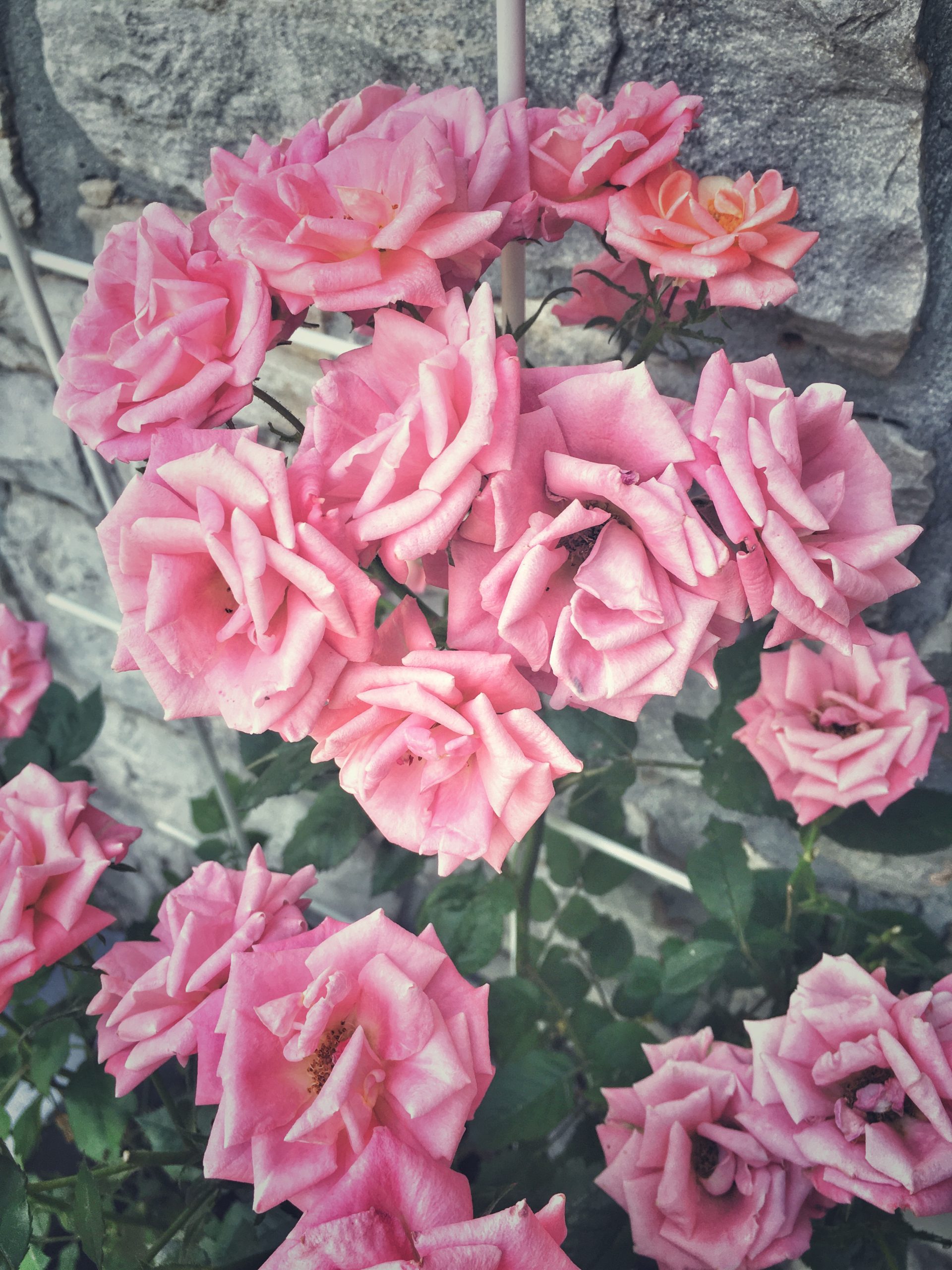 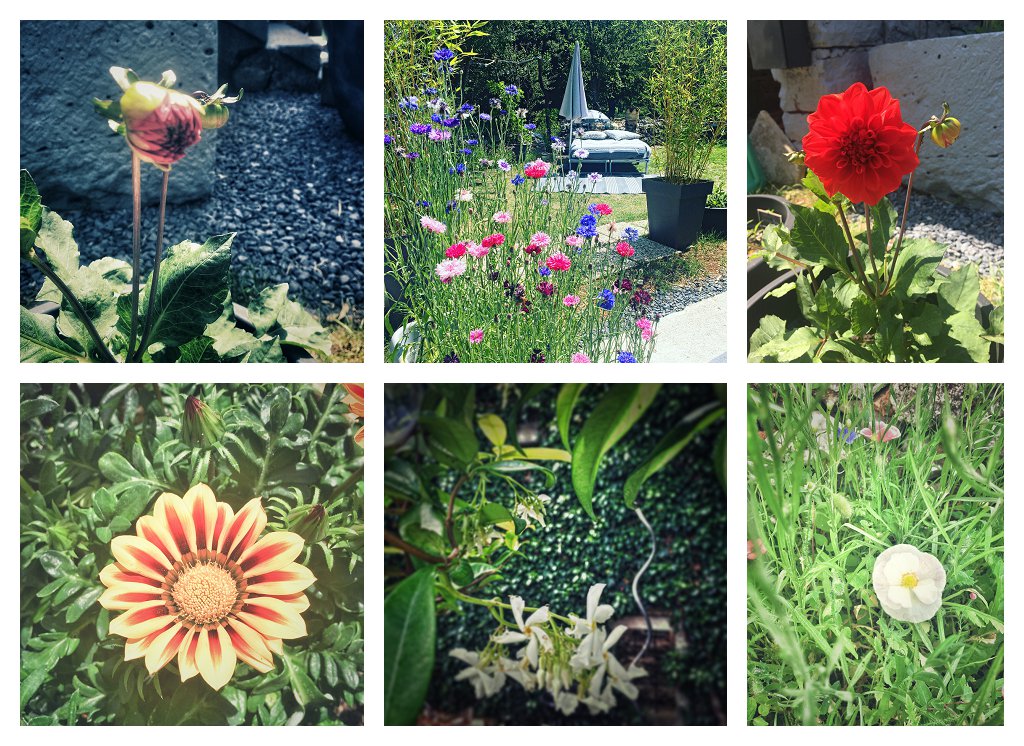 The garden, finally, is looking so, so pretty. We’ve worked hard on it this year. It’s full of bees and butterflies and colours and aromas. So, even though we can potentially travel in the near future, I think we’ll be quite happy to sit in our garden and savour it. Because, our house is for sale, and having found our next renovation property, we could soon be back on a building site…