Split by the River Esk, Whitby is one of my favourite spots on the Yorkshire coast. I always seem to have visited in the winter months, and although I am sure spring and summer are glorious (mostly!) – my impression of Whitby is of brooding and dramatic skies, and waves crashing in from the North Sea. The Bram Stoker association just adds to the allure of this seaside resort – I love that the vampire arrived in Whitby, from Transylvania, in the guise of a black dog…

But, strangest of all, the very instant the shore was touched, an immense dog sprang up on deck from below…and, running forward, jumped from the bow onto the sand. Making straight for the steep cliff, where the churchyard hangs over the laneway to the East Pier…it disappeared into the darkness.

The churchyard is exactly what a churchyard should be – ancient, with crooked headstones & weathered inscriptions, sitting on top of a wind swept cliff. An amazing place just to wander – but, you do need to get wrapped up, especially if like us, you like a winter walk! 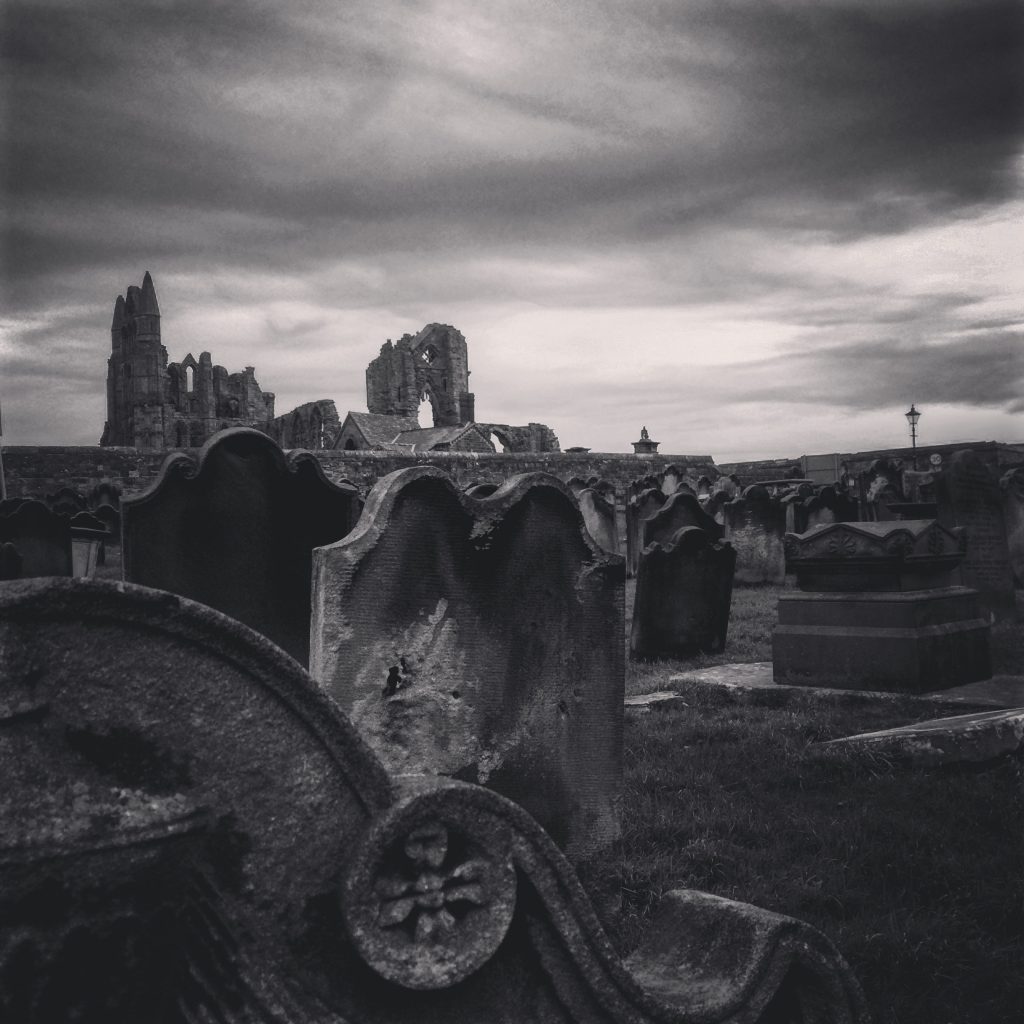 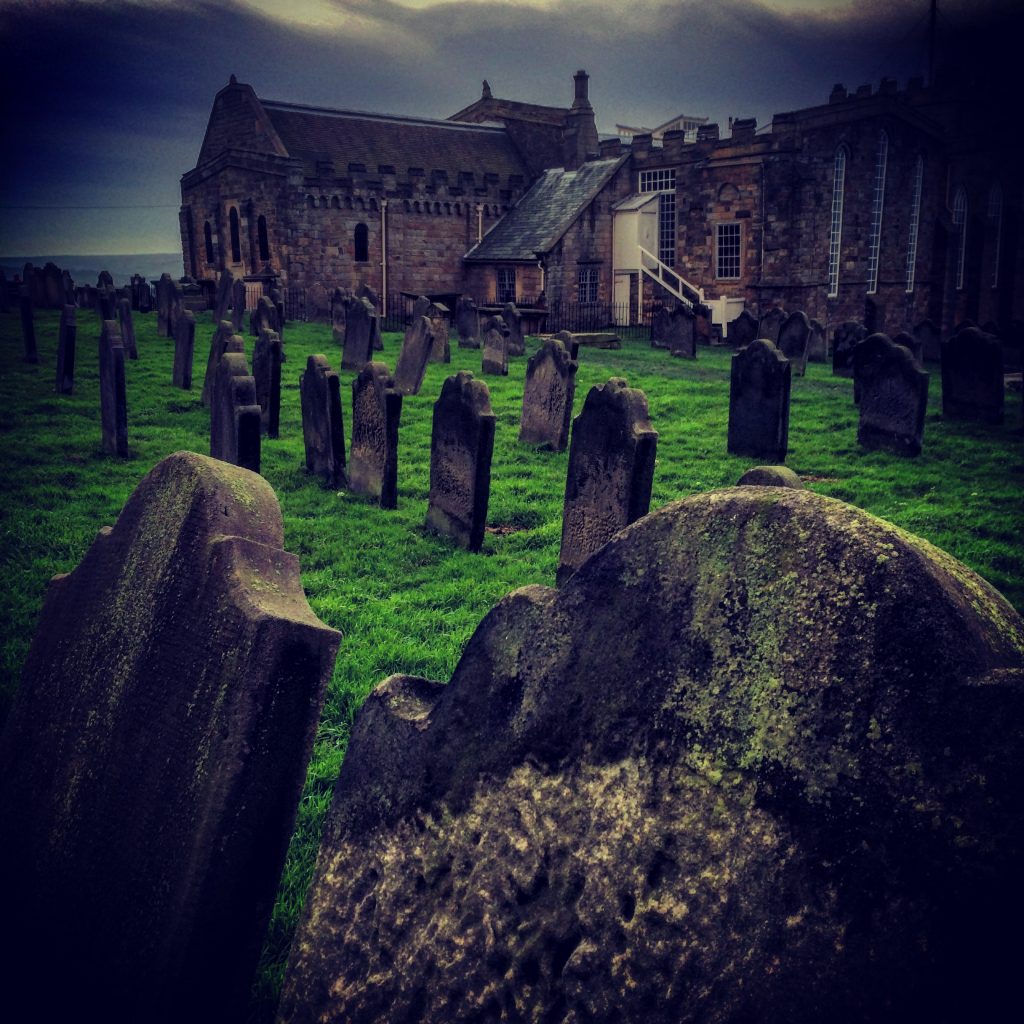 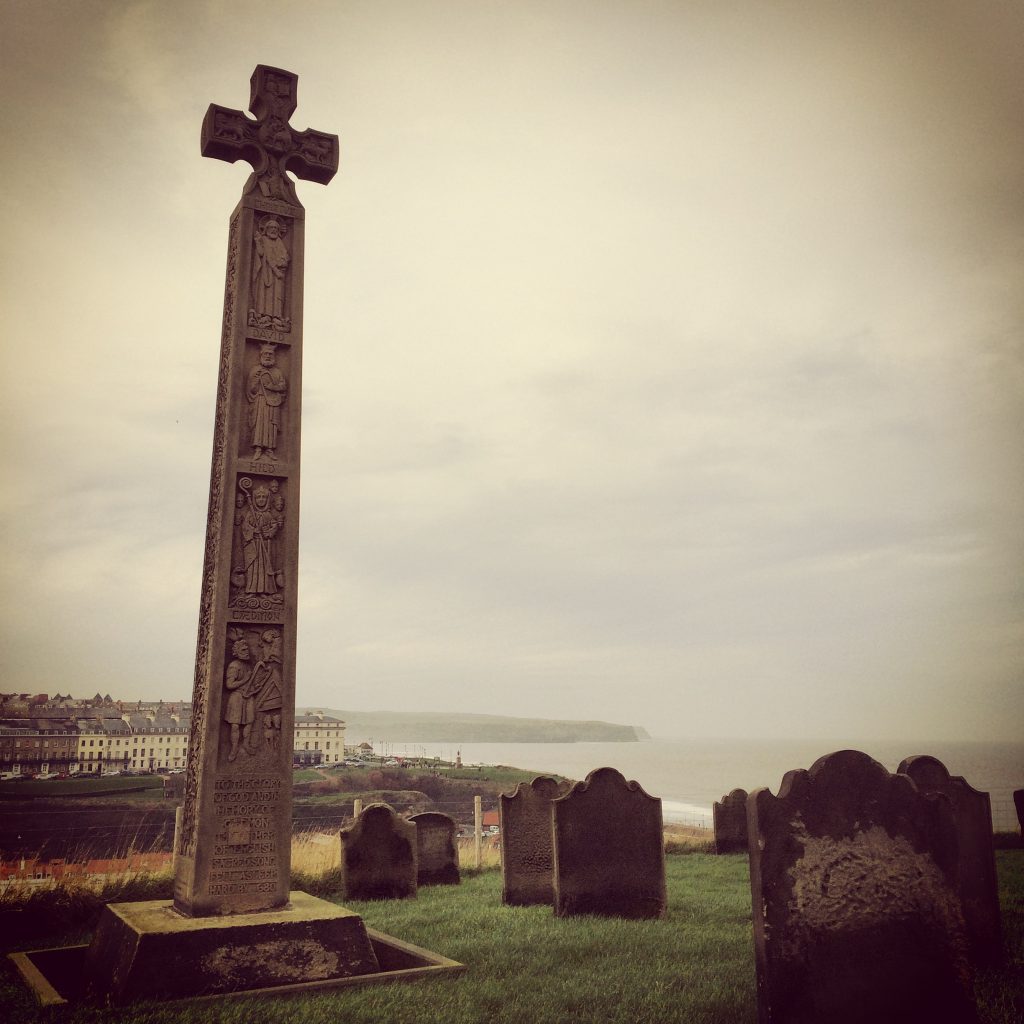 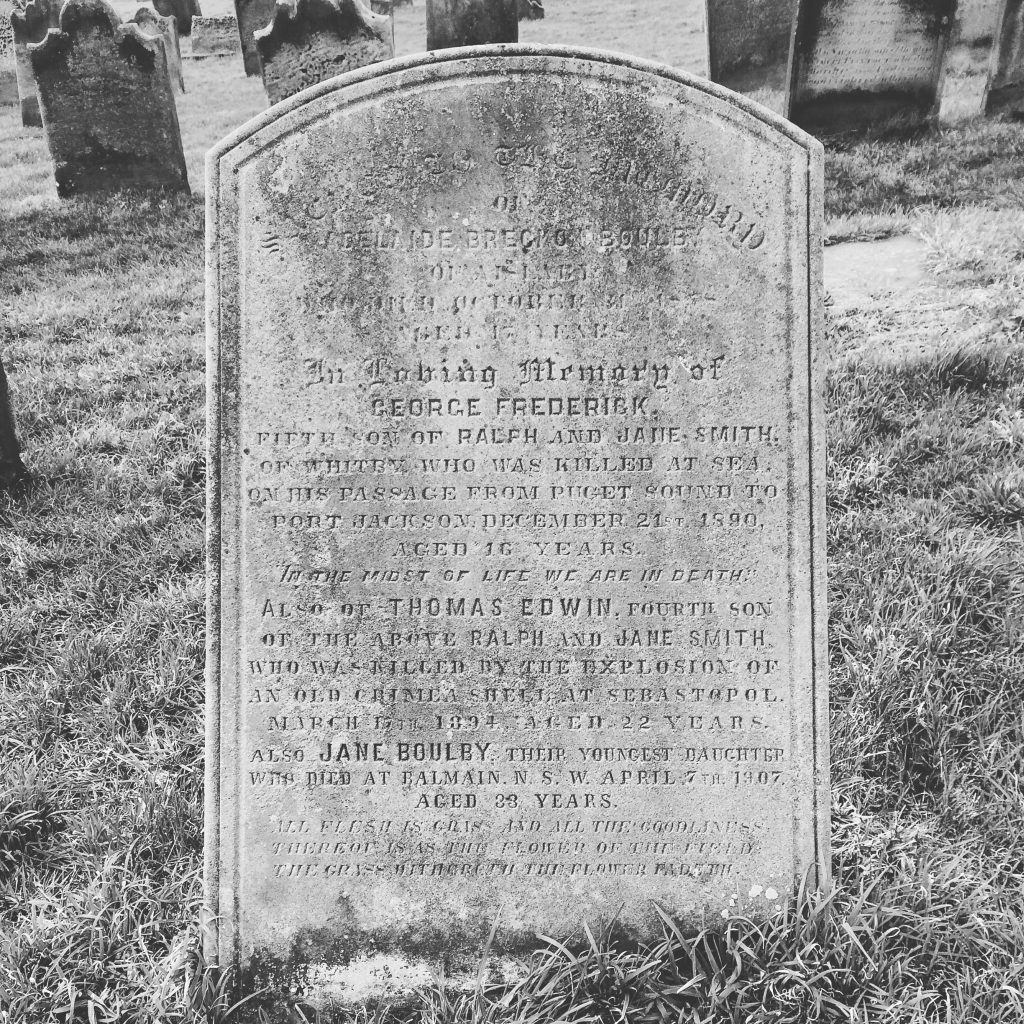 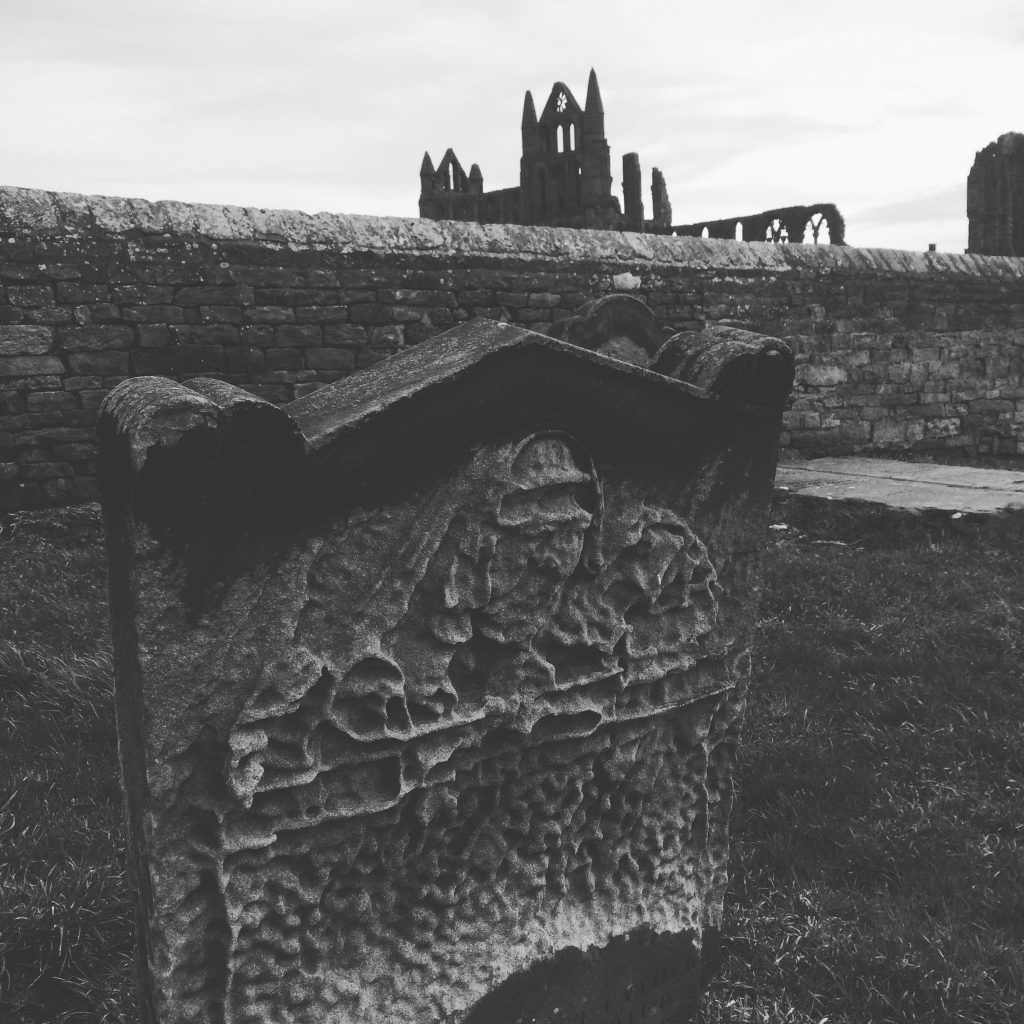 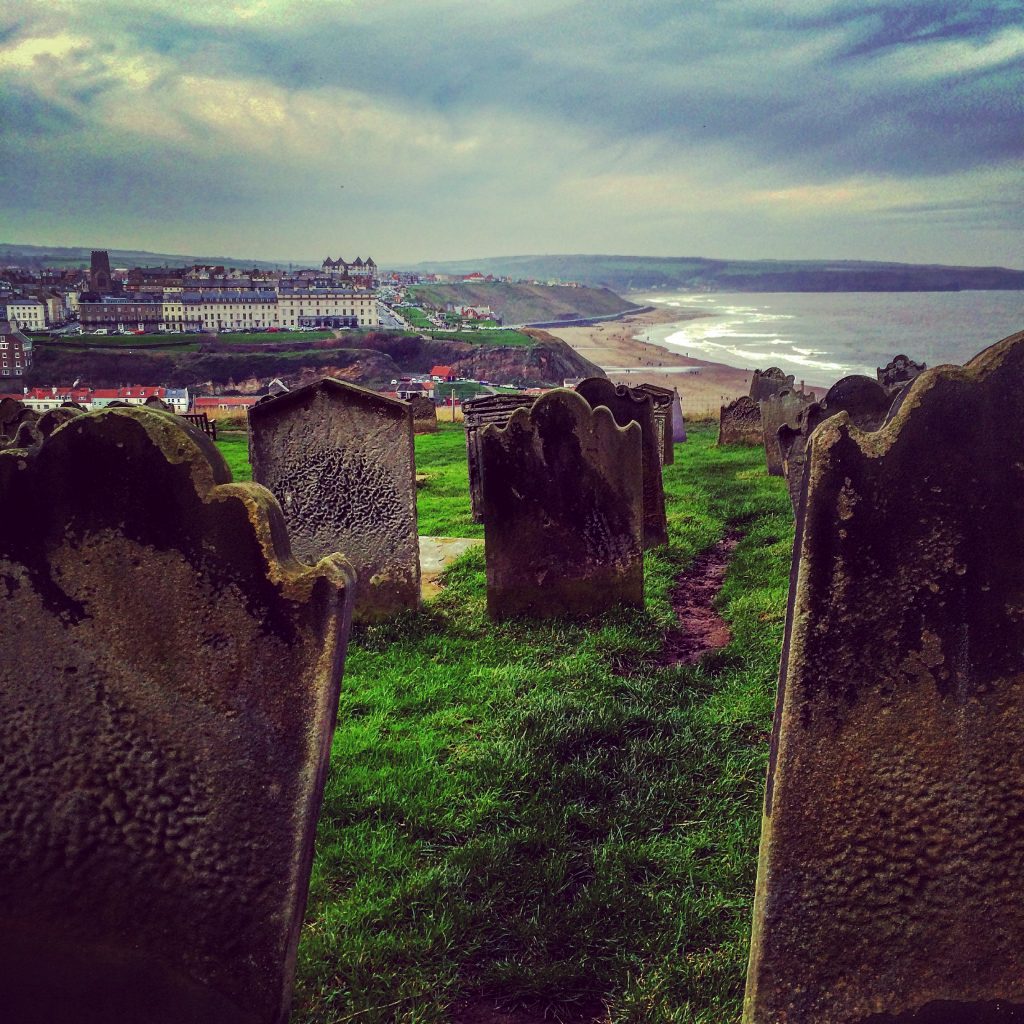 High up on the headland, exposed to the elements from all directions, sits the atmospheric Whitby Abbey, a 7th-century Christian monastery that later became a Benedictine abbey. Only the shell of the priory now remains, but it was one of the most important Anglo-Saxon religious places in the world. Like the graveyard, it is beautiful, especially under a winter sunset. 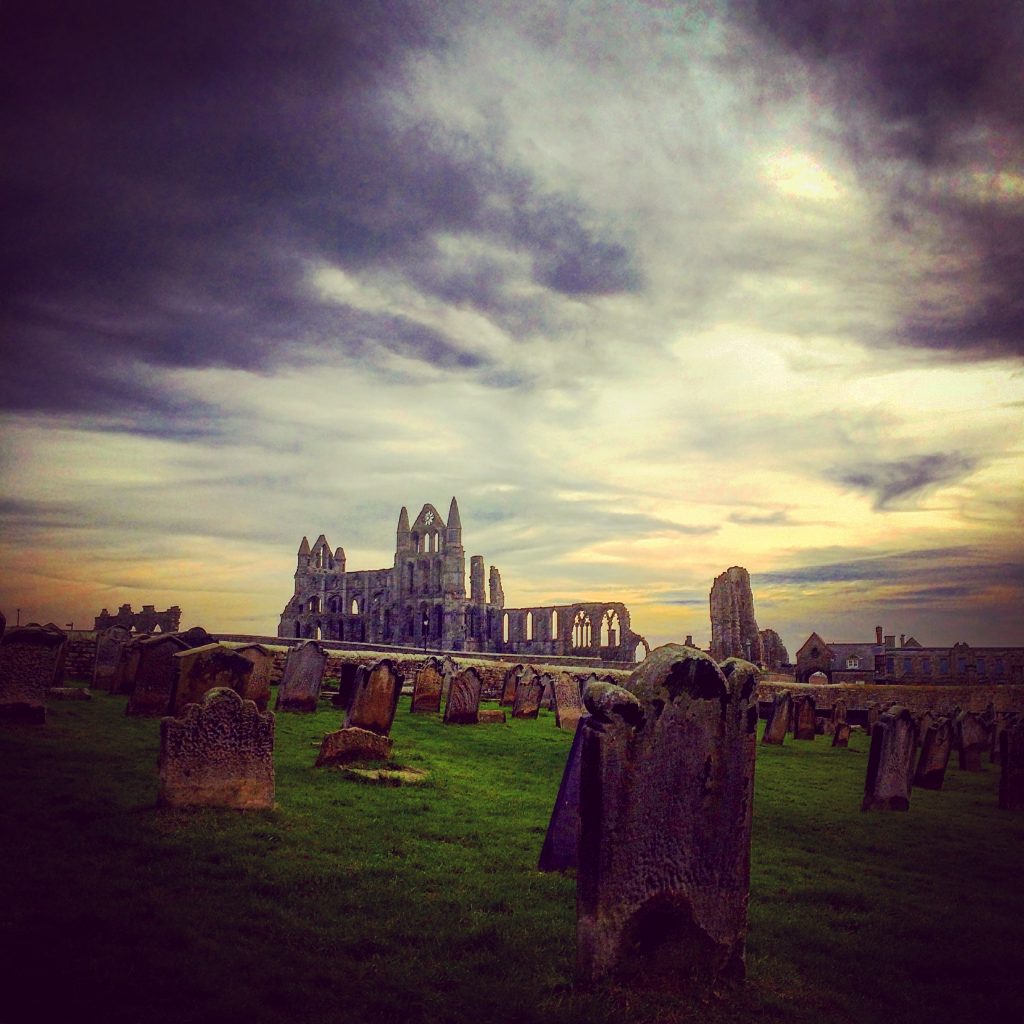 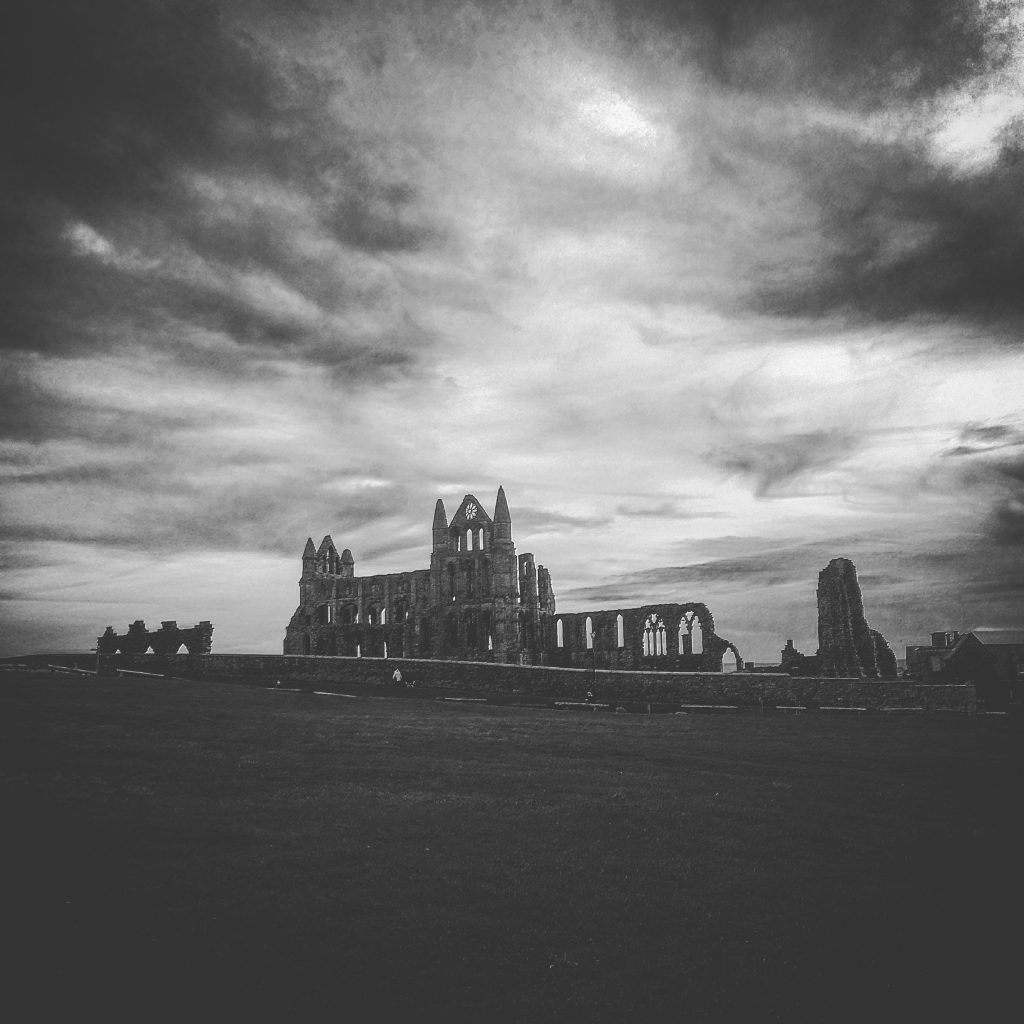 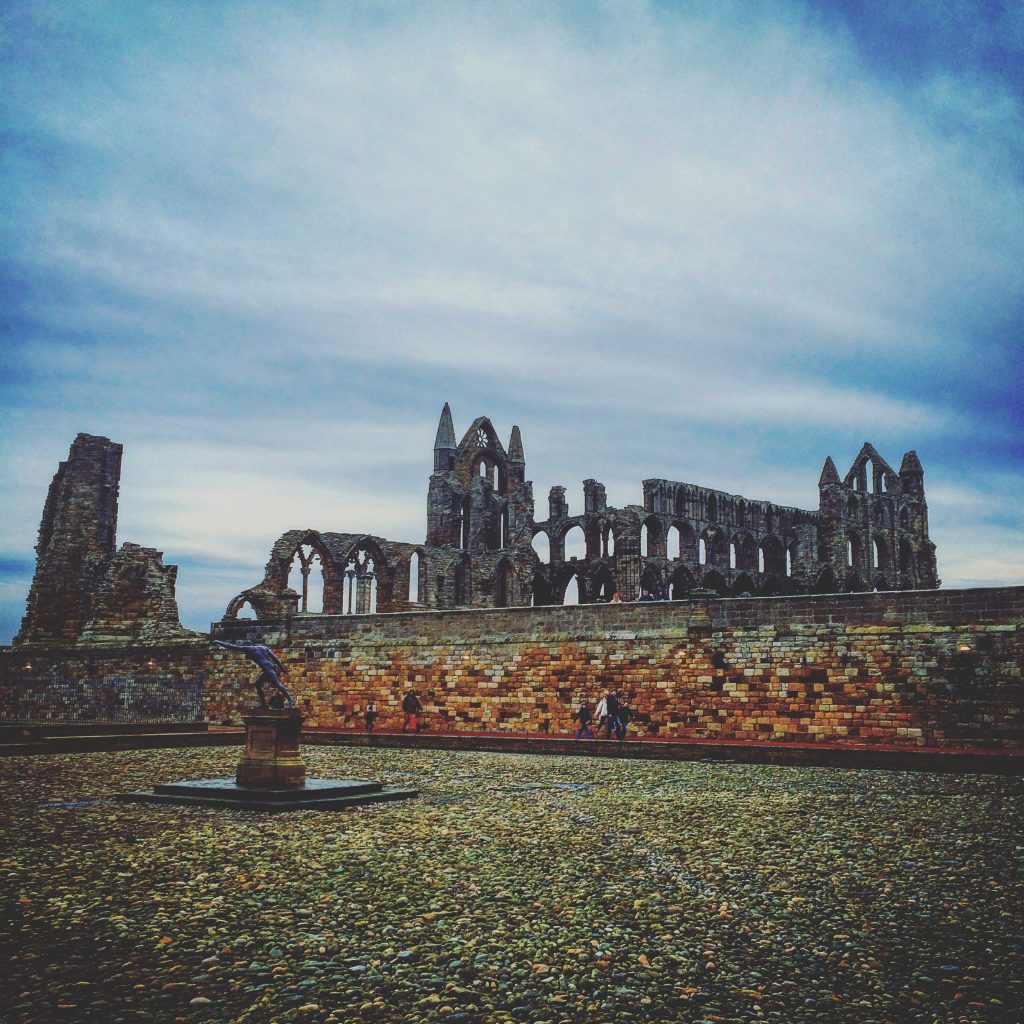 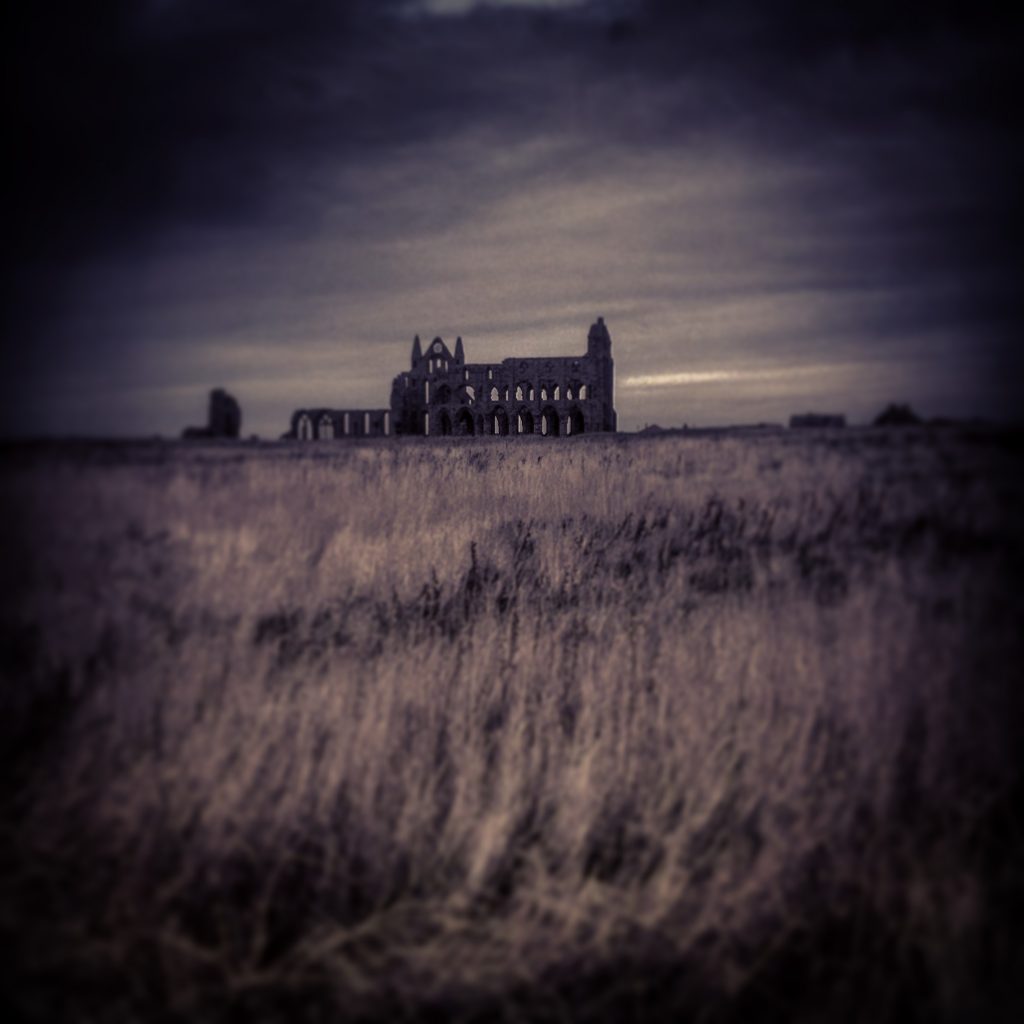 From the Abbey and the churchyard, you can walk down the famous 199 steps (or 198 or 200, depending on which way you count them), from the top of East Cliff to the historical centre. These steps were originally wooden, and before the 19th century, were often the way people were carried up to their final resting place in the churchyard. Wooden planks were built to enable the pall-bearers to rest the coffin on the way up – these are now benches where you can take in the view… 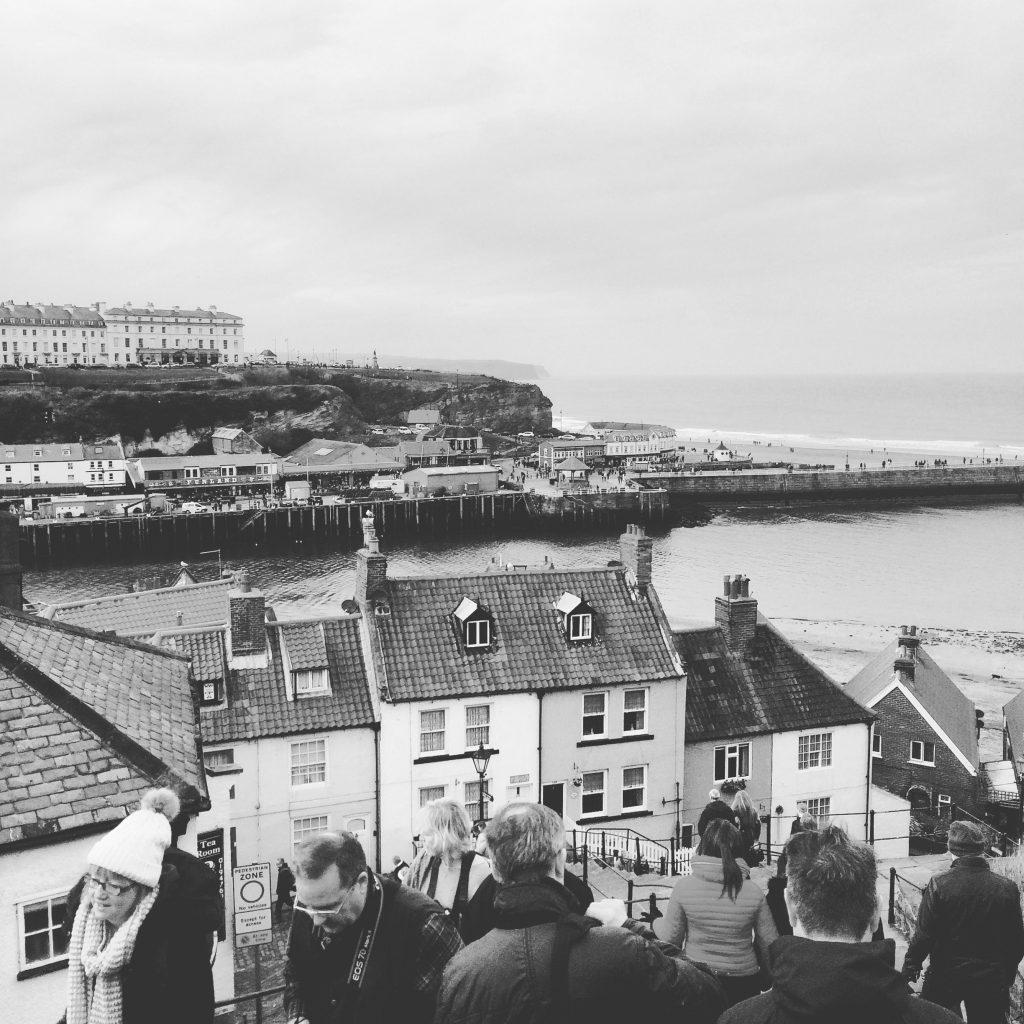 Once down the steps, it’s a joy to explore the older part of the town, located on the East bank of the estuary. This part of Whitby is a jumble of narrow, cobbled medieval streets and alleyways, full of rickety buildings, leading down to the beautiful harbour. Pretty cottages sit next to utterly beautiful gift shops. Proper old pubs nestle up against cool bars and restaurants. And then of course, there are the fish & chip shops. Oh, the fish and chips from Whitby. Sublime… 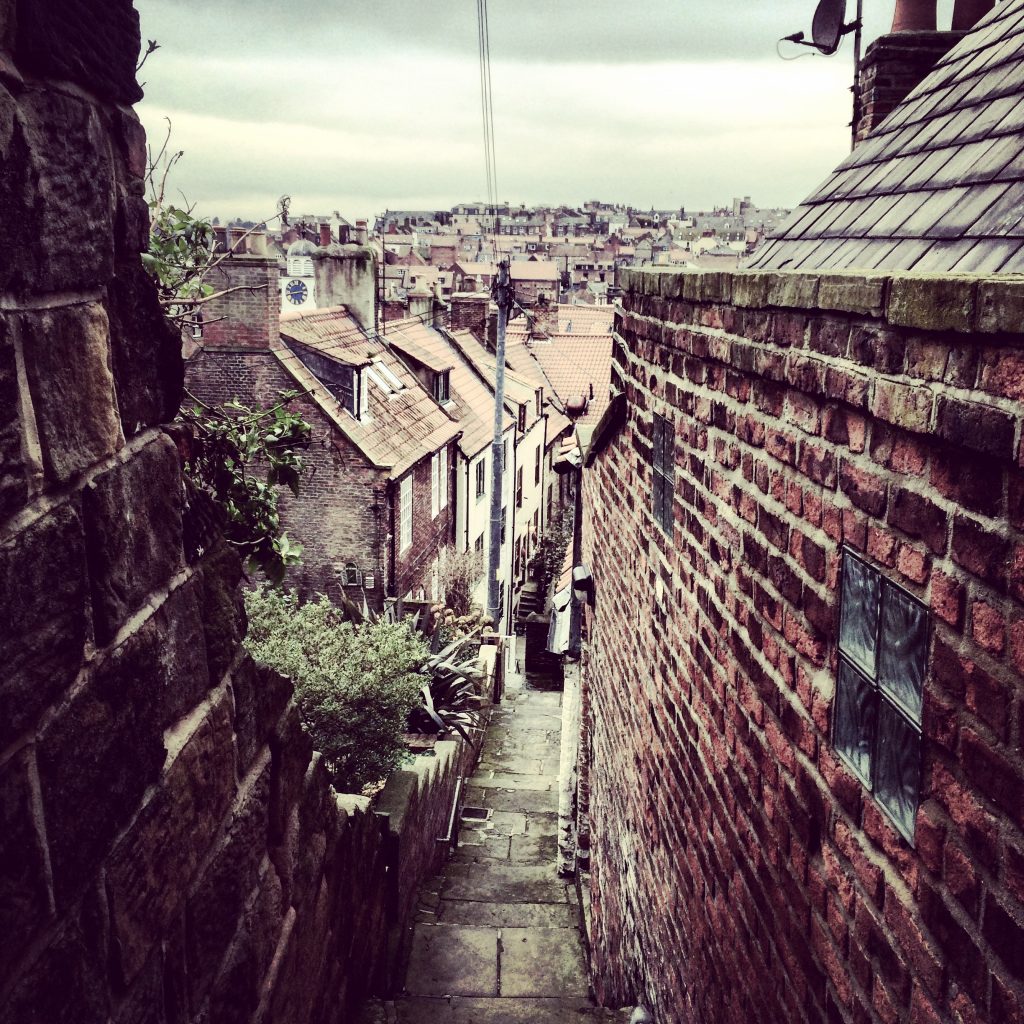 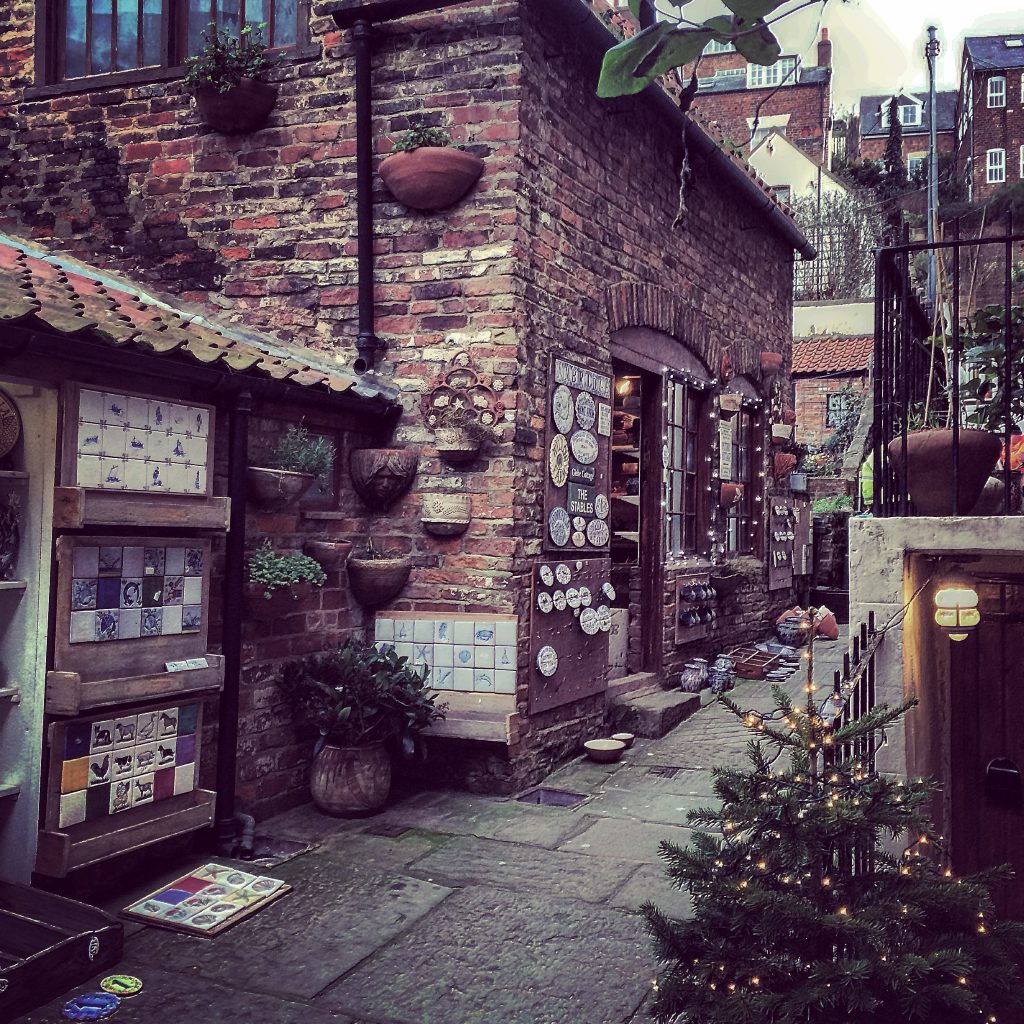 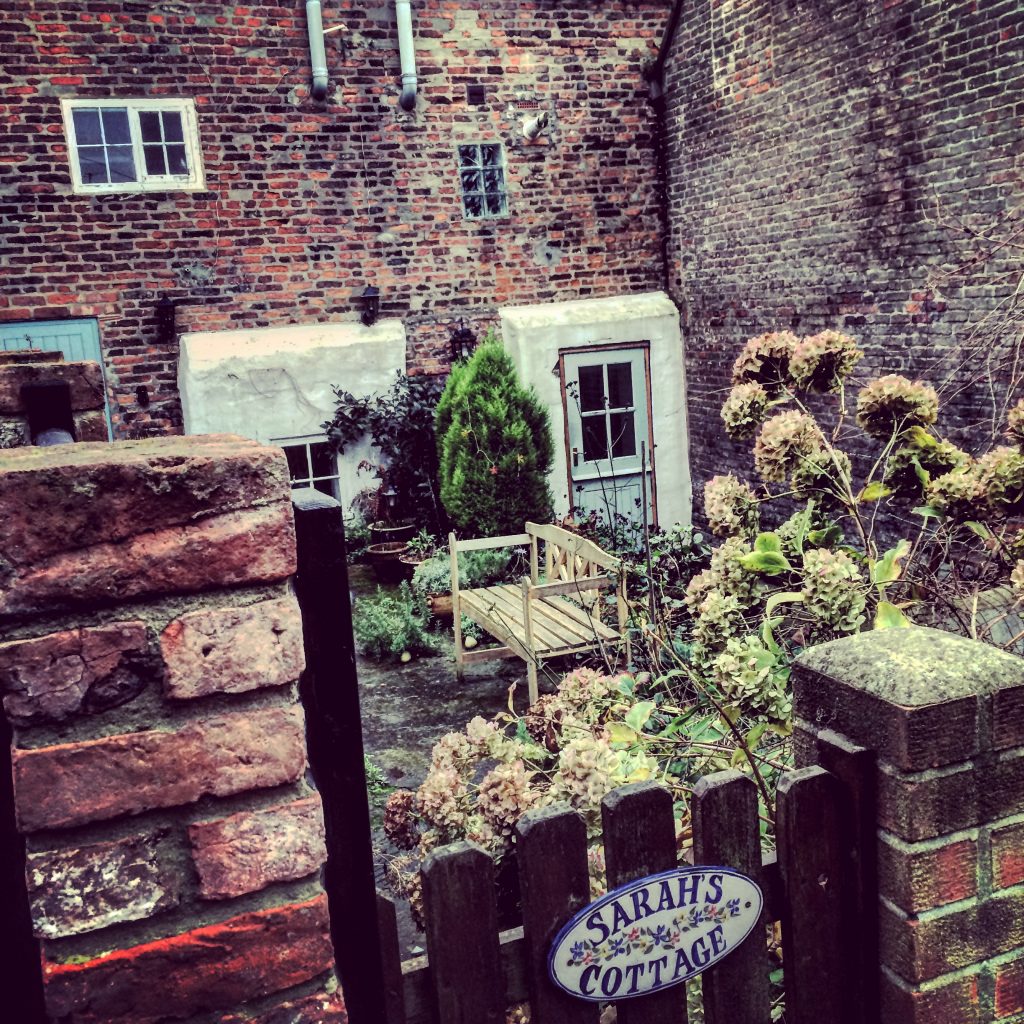 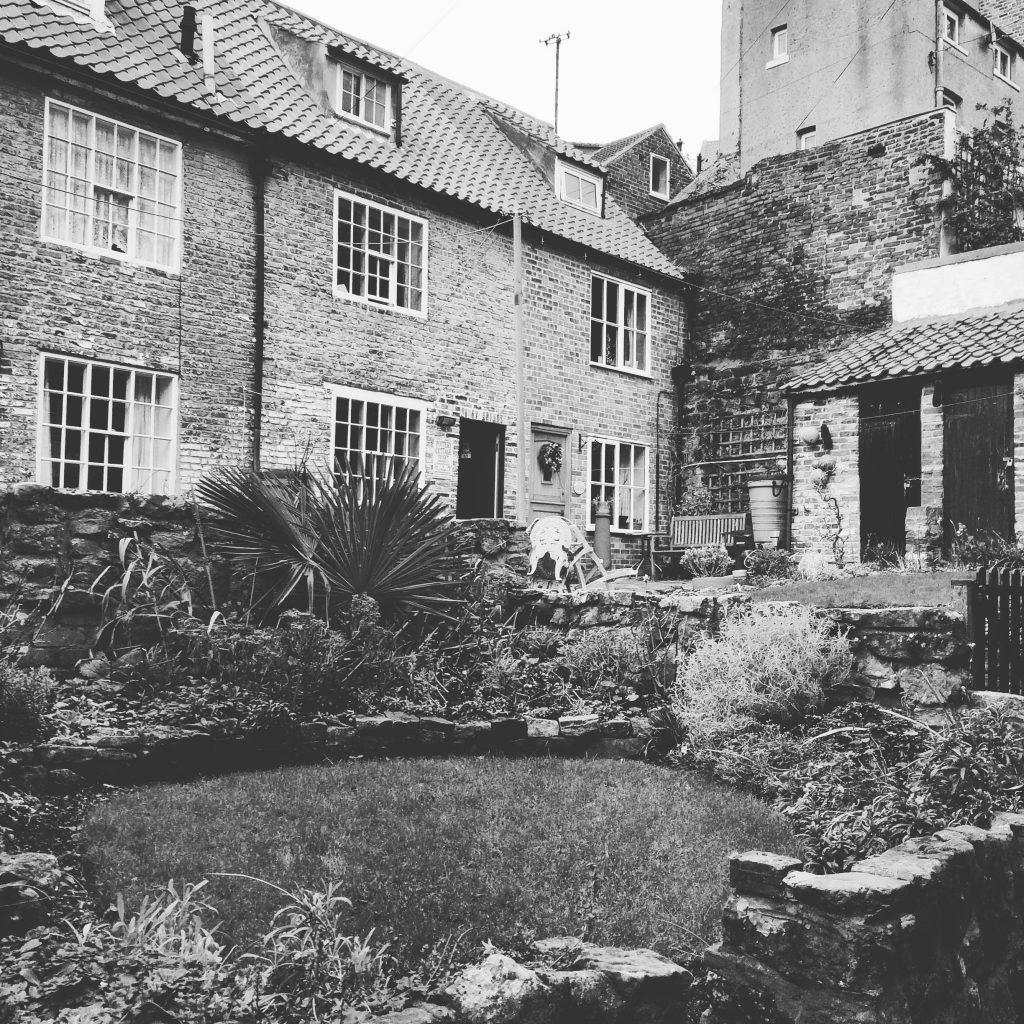 So, if the east coast is not somewhere you’ve discovered before, we’d highly recommend you investigate Whitby. And then pop a bit further down the coast, and you’re in the stunning Robin Hood’s Bay, a maze of tiny, cobbled streets, with a tradition of smuggling. In fact, there is supposedly a network of subterranean passageways linking the houses – legend has it that Robin Hood encountered French pirates who came to pillage the fisherman’s boats and the north-east coast. The pirates surrendered and Robin Hood returned the loot to the poor people in the village that is now called Robin Hood’s Bay. 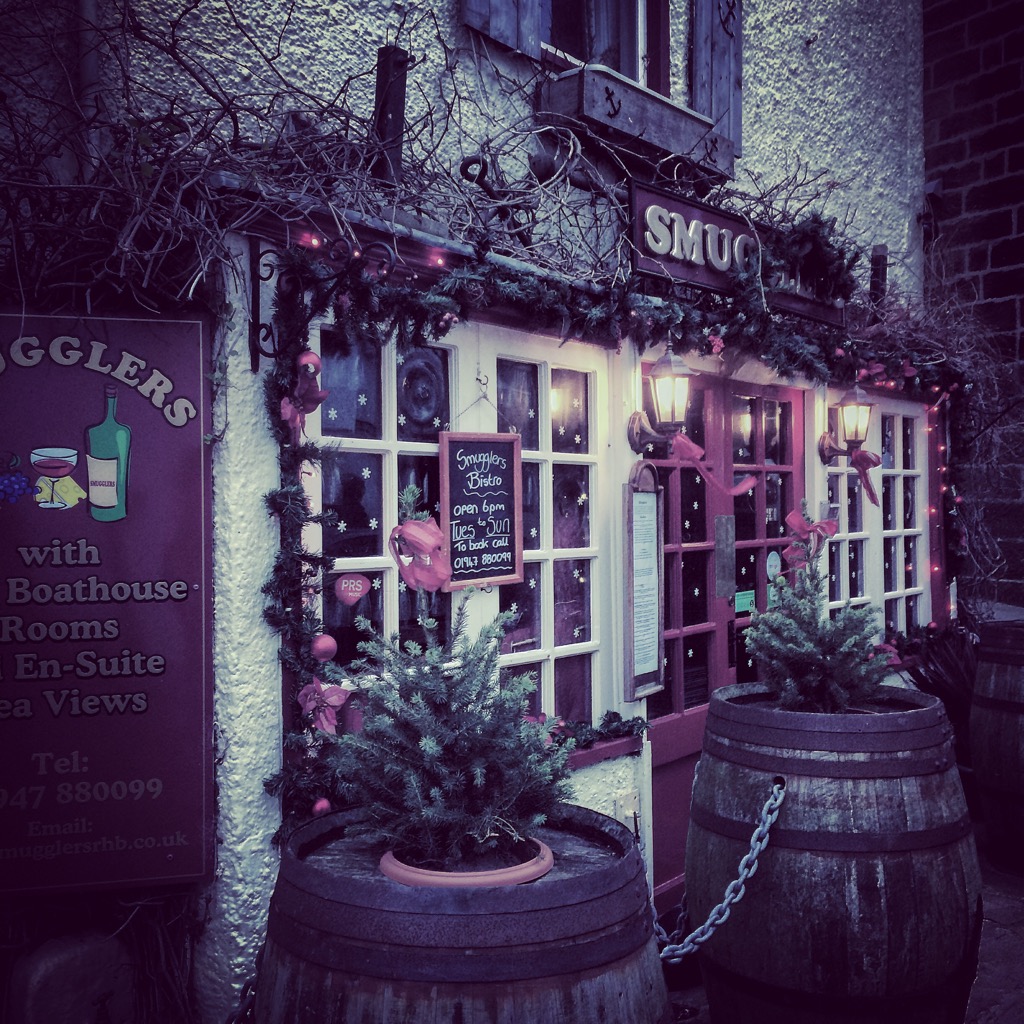 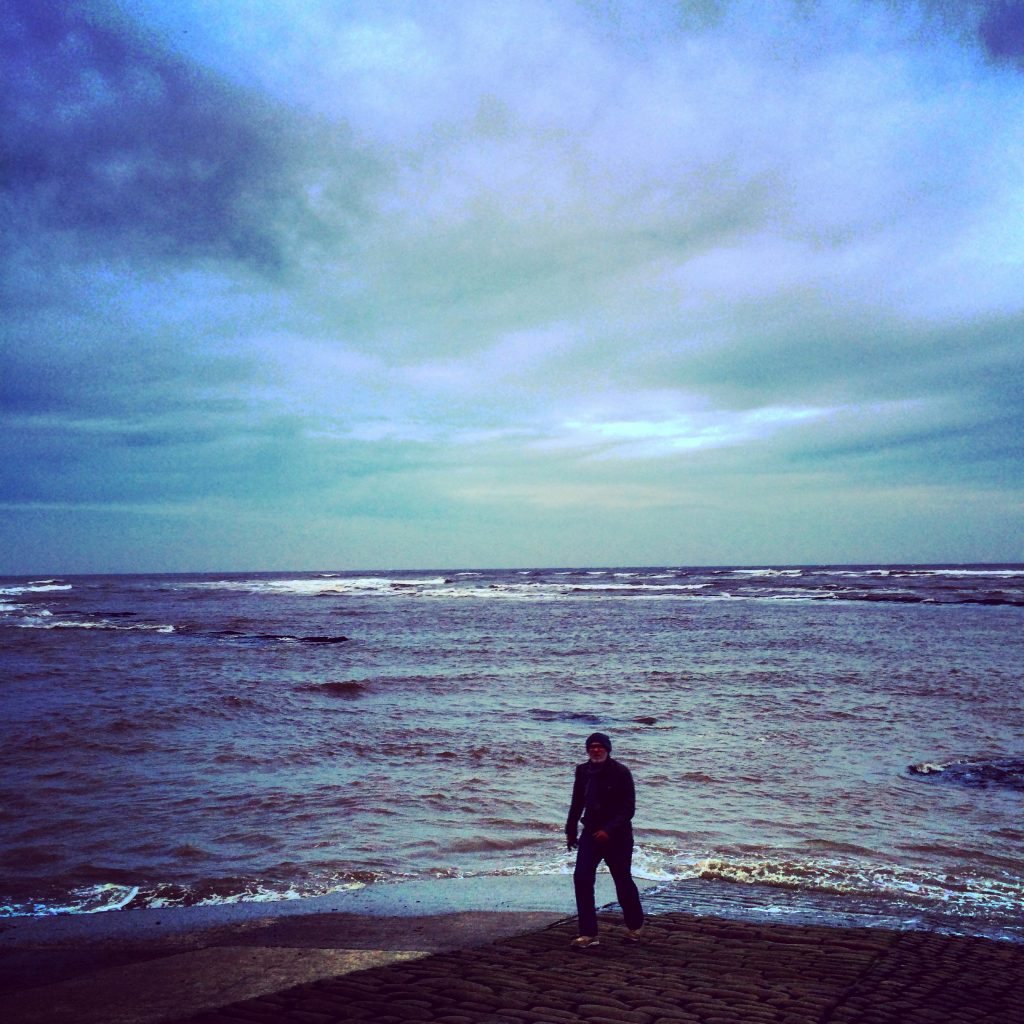 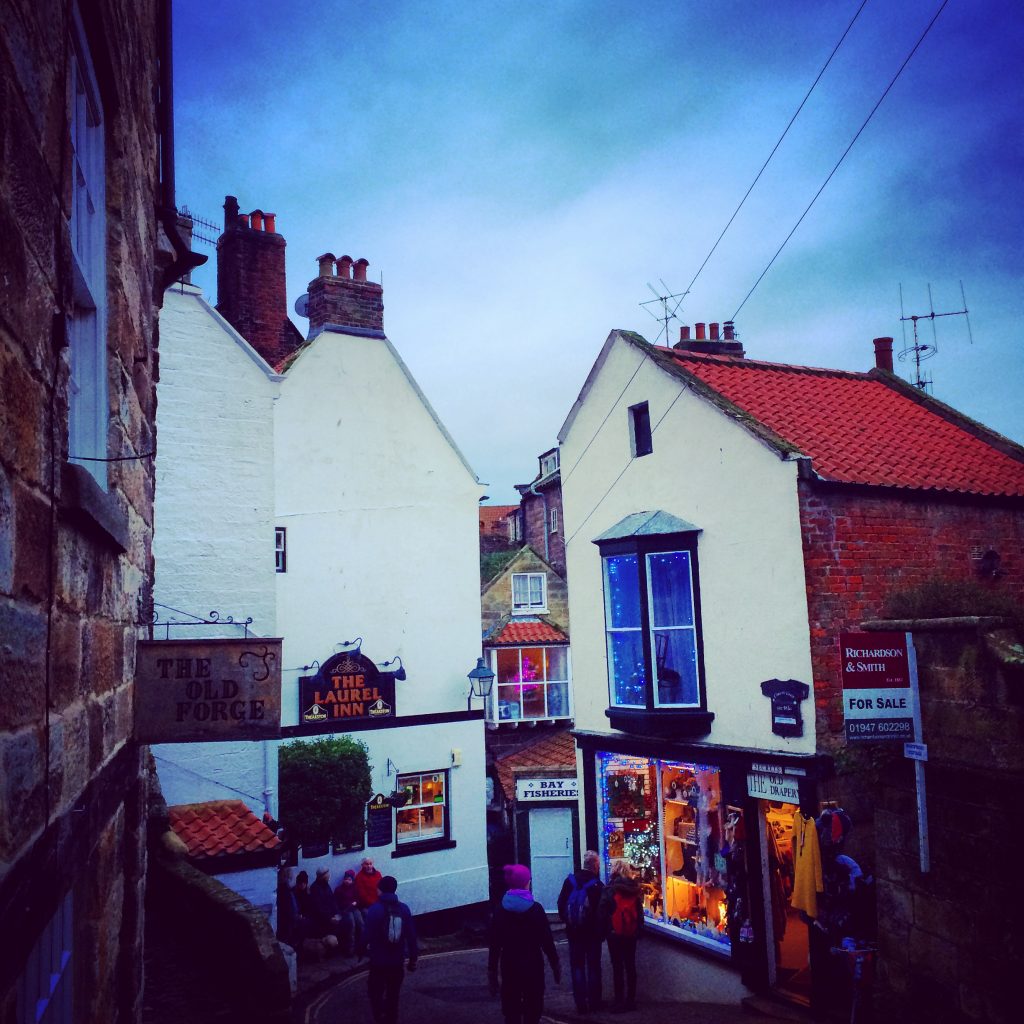