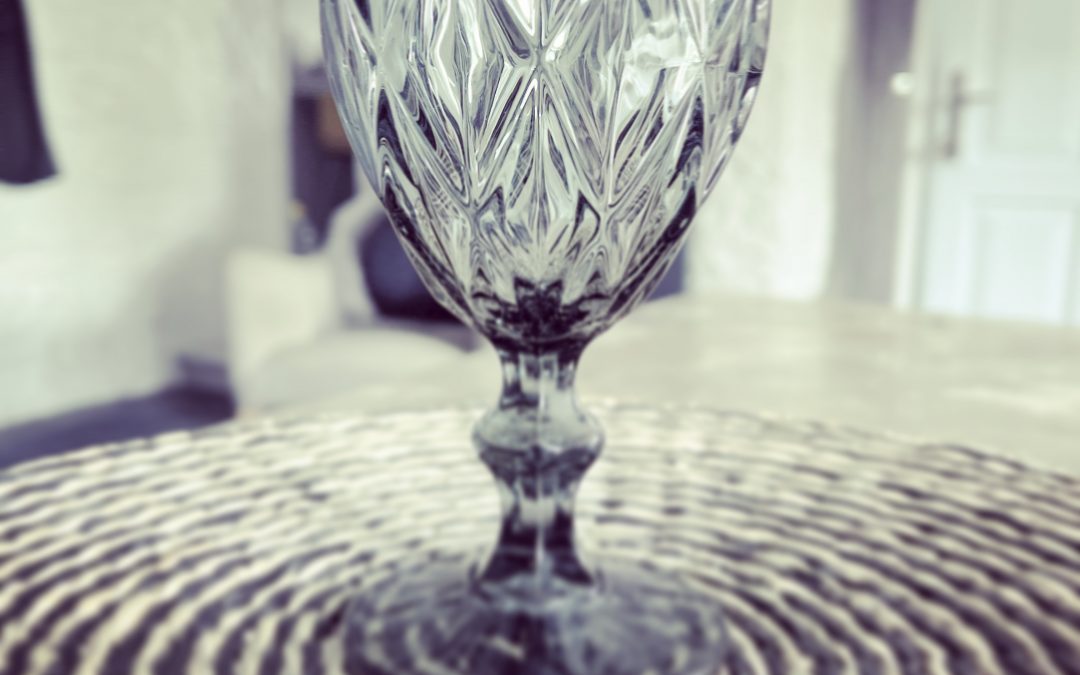 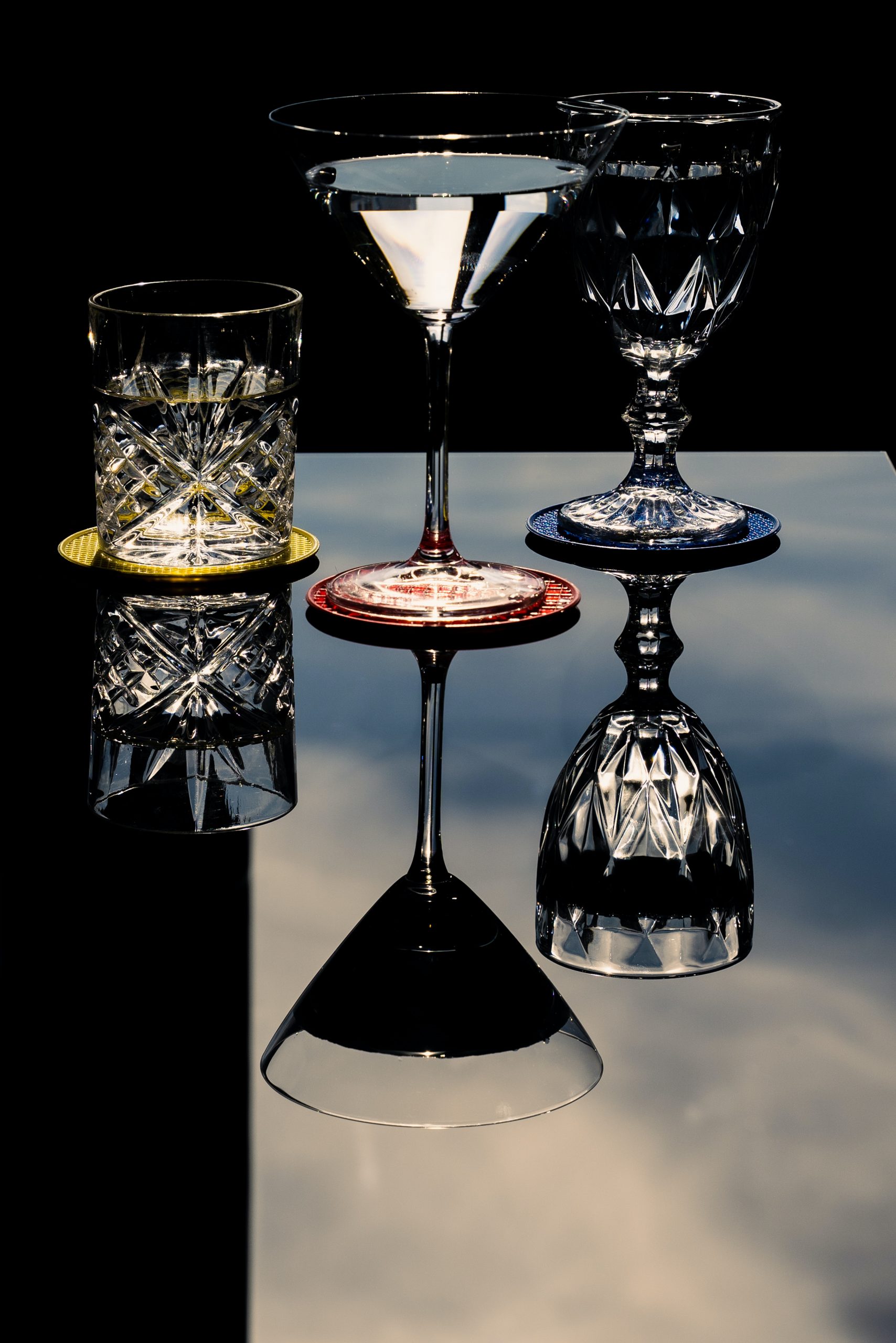 For such a long time, I’ve been trying to find glasses like the one on the right of the photo, above. We seem to smash our “every day” wine glasses on a regular basis in our house and never seem to have an even number, so the quest was on to find something that was a bit more robust than the basic IKEA glasses. Something with a bit of a sparkle. A bit of cut glass. Preferably in a smokey grey colour. And something which looked a lot more expensive and classy than they actually were. Online searches proved a bit fruitless, because even when I found them, the cost of having them sent out to us, was silly money. We do have lots of shops here that I thought would sell them, but nothing was ever quite right.

Until I visited Tedi. Now, I don’t think Tedi operates in the UK, but it’s a great shop. It’s the kind of shop that is full of tat – think Hallowe’en accessories piled high in the summer – but, it’s also my go-to place now for very unusual candles, garden accessories, often plates and dishes, faux plants. The kind of stuff that I like, is usually left unsold as it clearly doesn’t appeal to Tedi customers, so for me, it’s a bit of an Aladdin’s Cave. And, over the summer, guess what I found in Tedi? That’s right! My smokey grey wine glasses… 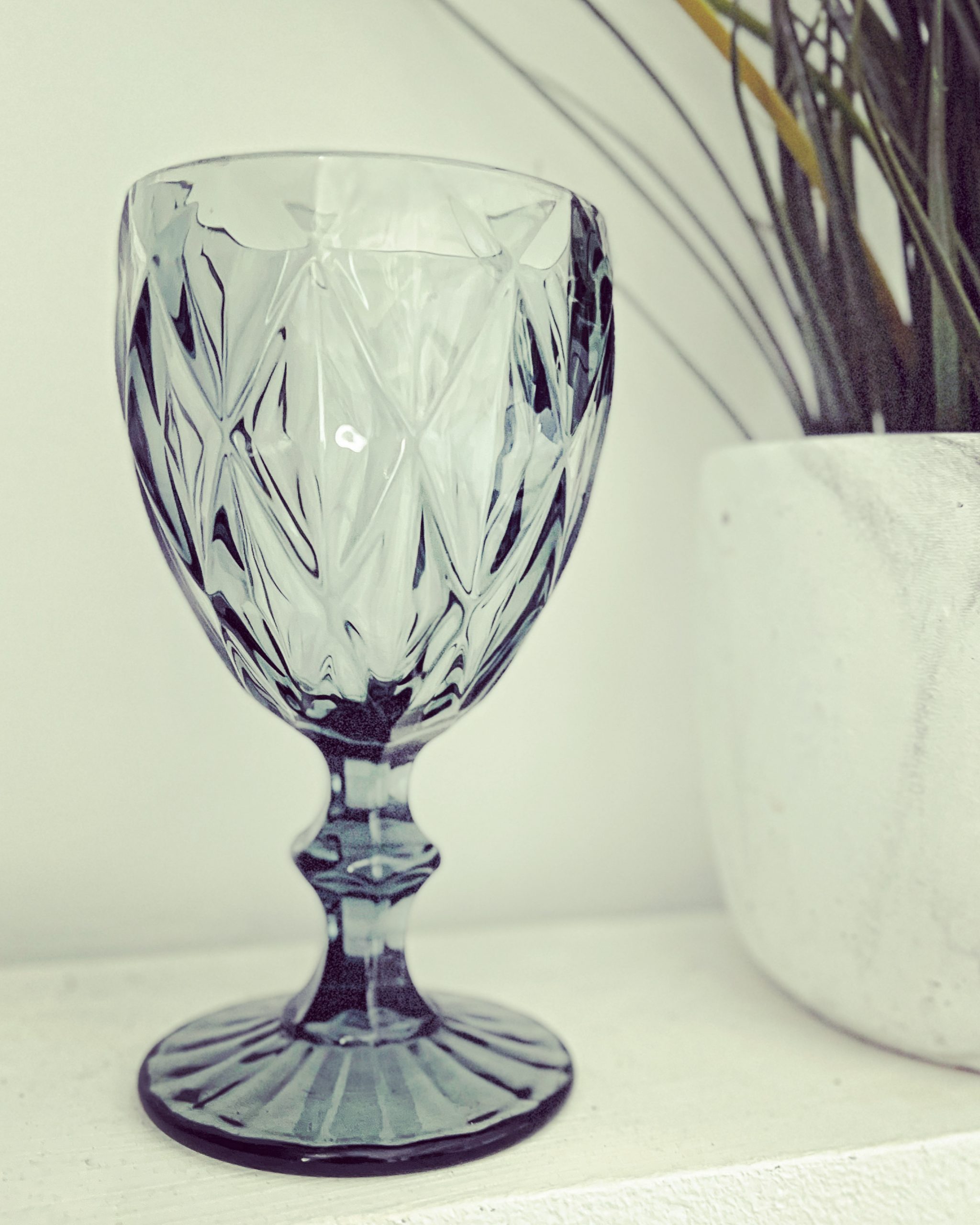 I am sure mine are exactly the same as the one photographed above, but at just €2 each, I am guessing a whole less expensive. They are chunky and comfortable to hold. Unlike those IKEA cheapo ones, which always feel as if they are going to smash your hands. And, sometimes have. The bevelled glass is lovely, and the attention to detail is very intricate. 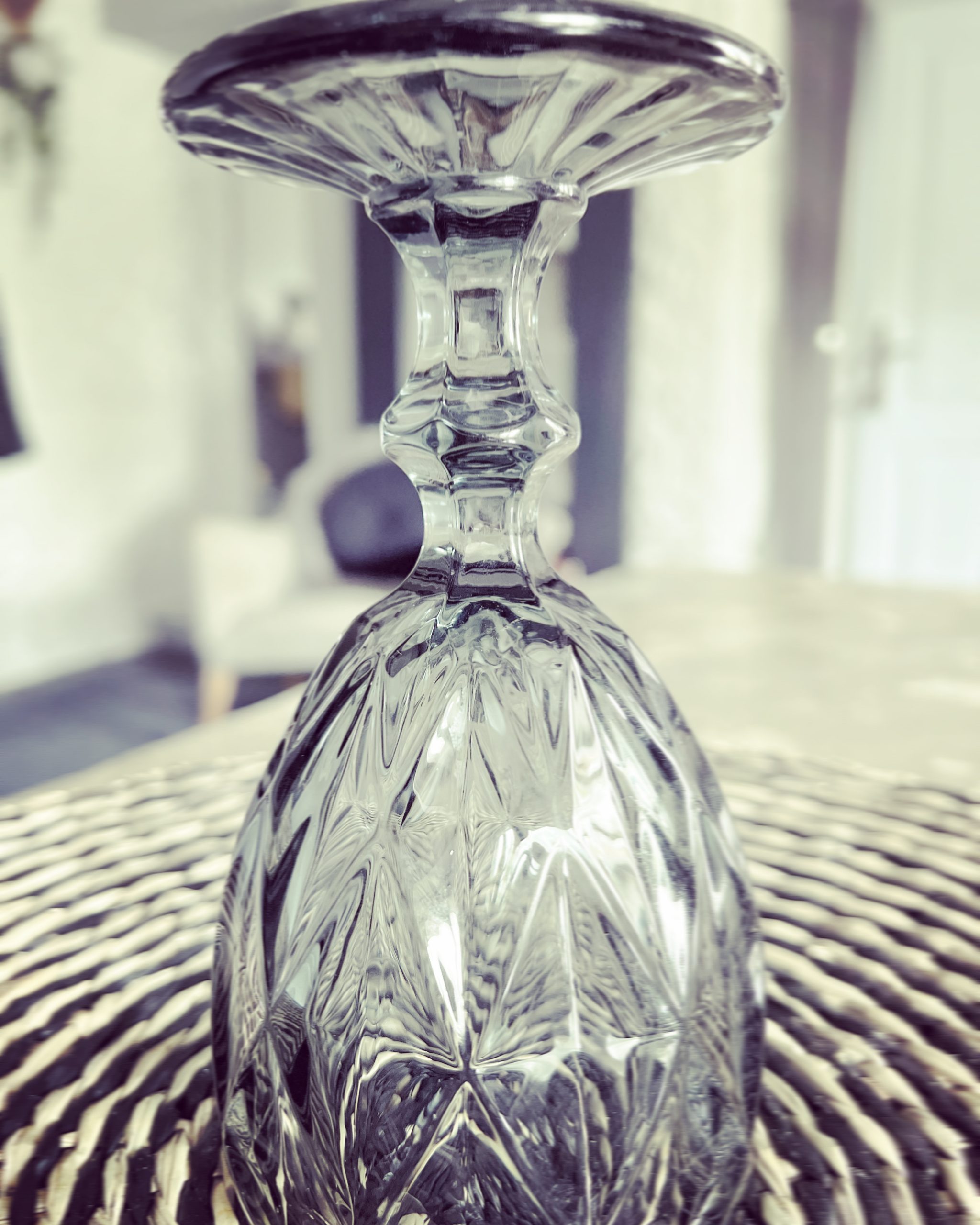 They do look delicate and very pretty, but are sturdy and substantial and the four that I bought have withstood a summer of wine drinking.

So, there you go. Tedi – one to look out for if they ever open in the UK. 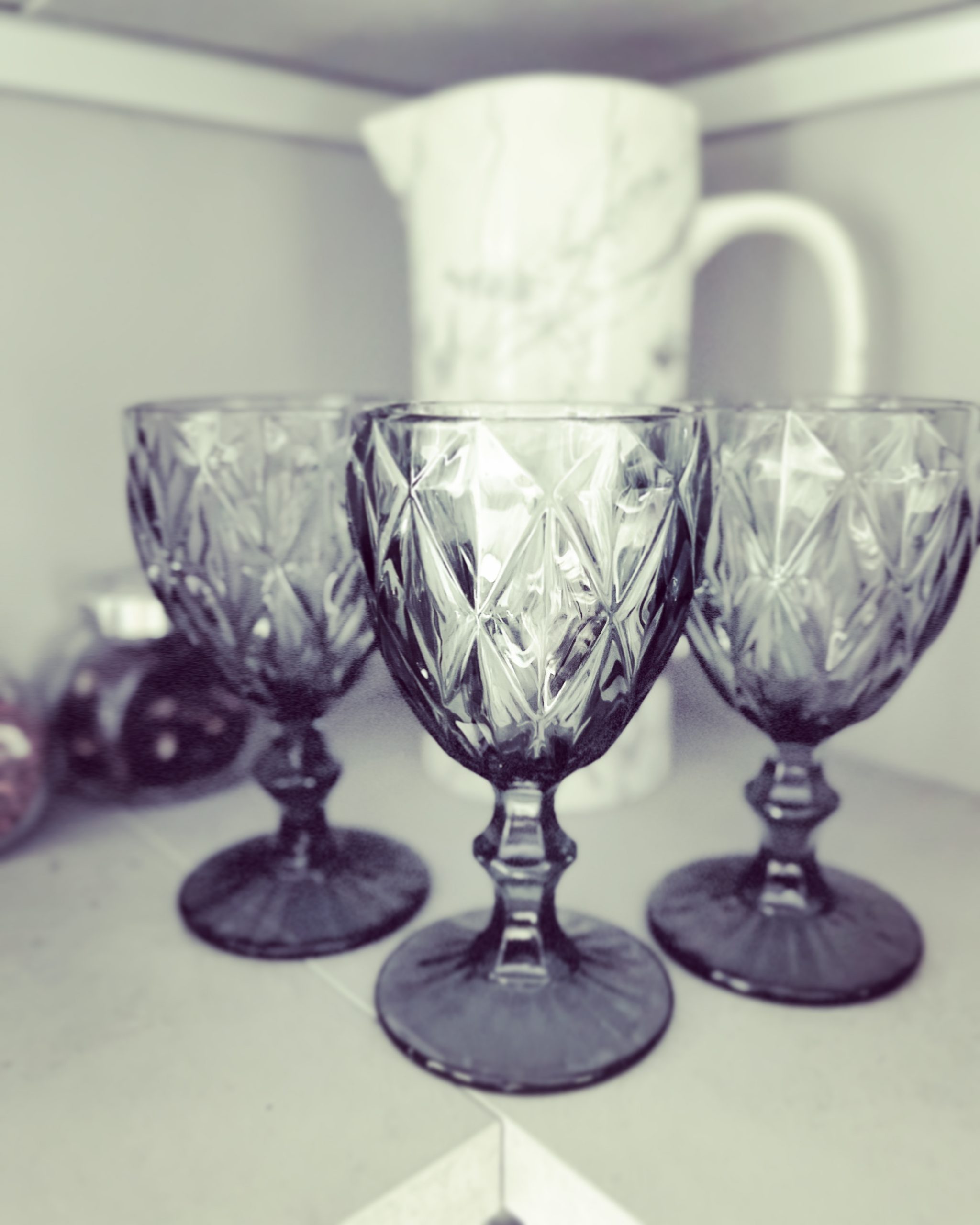