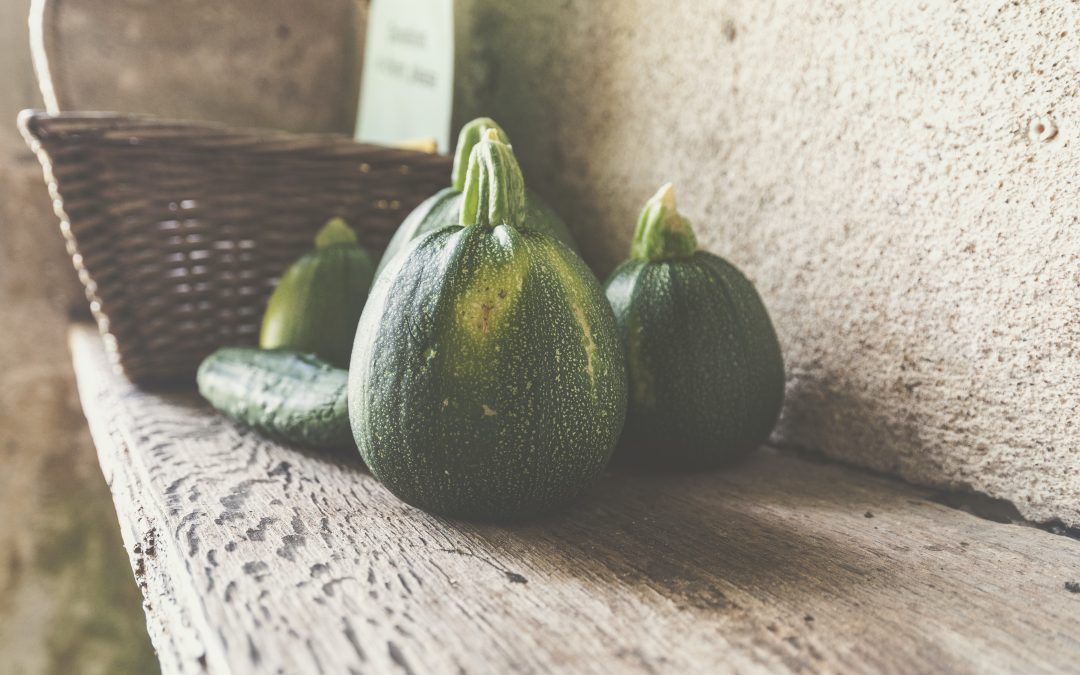 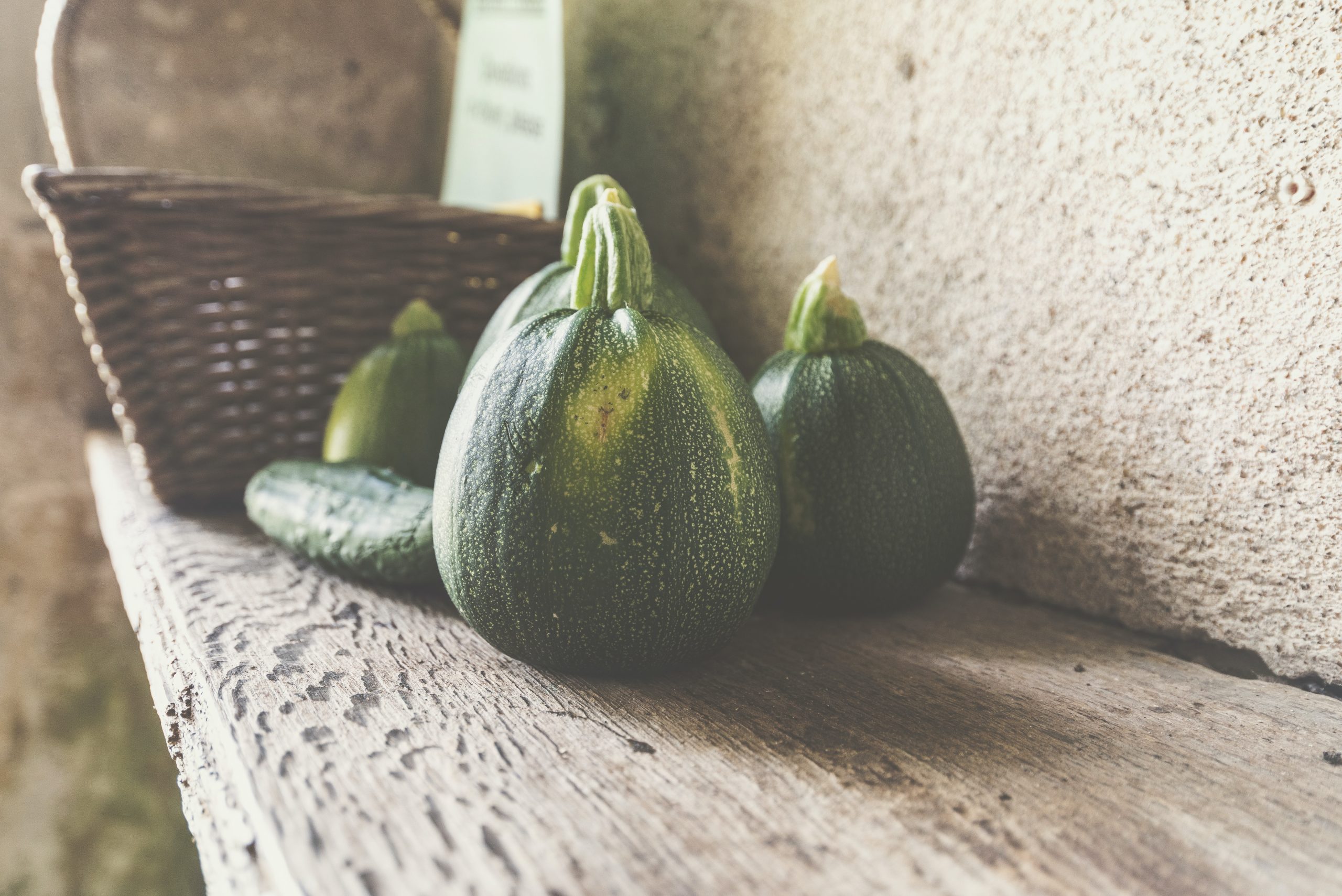 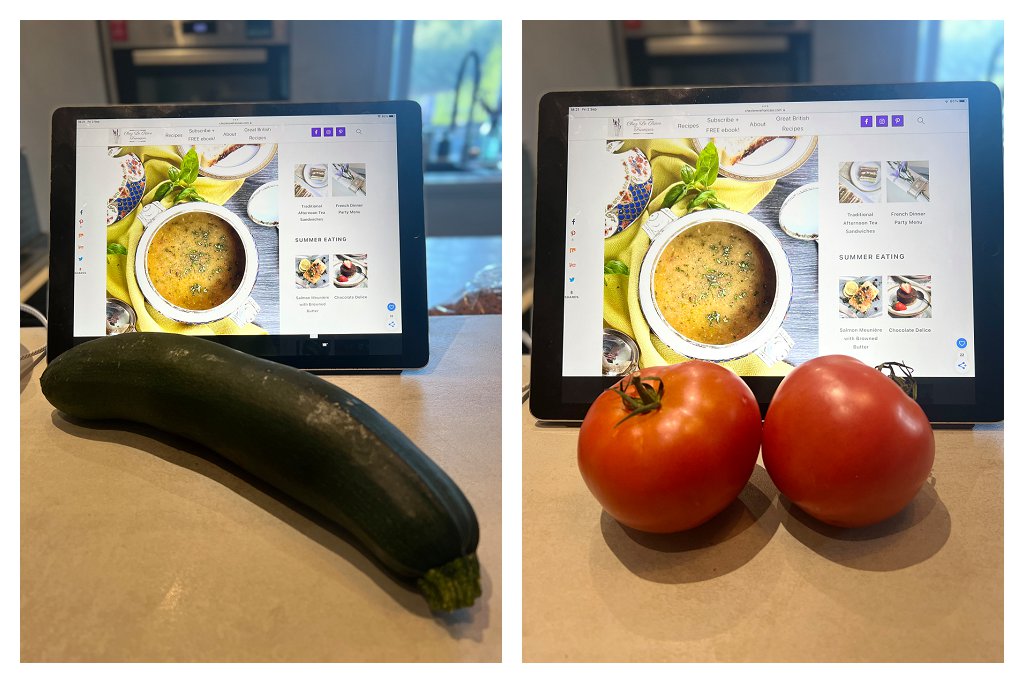 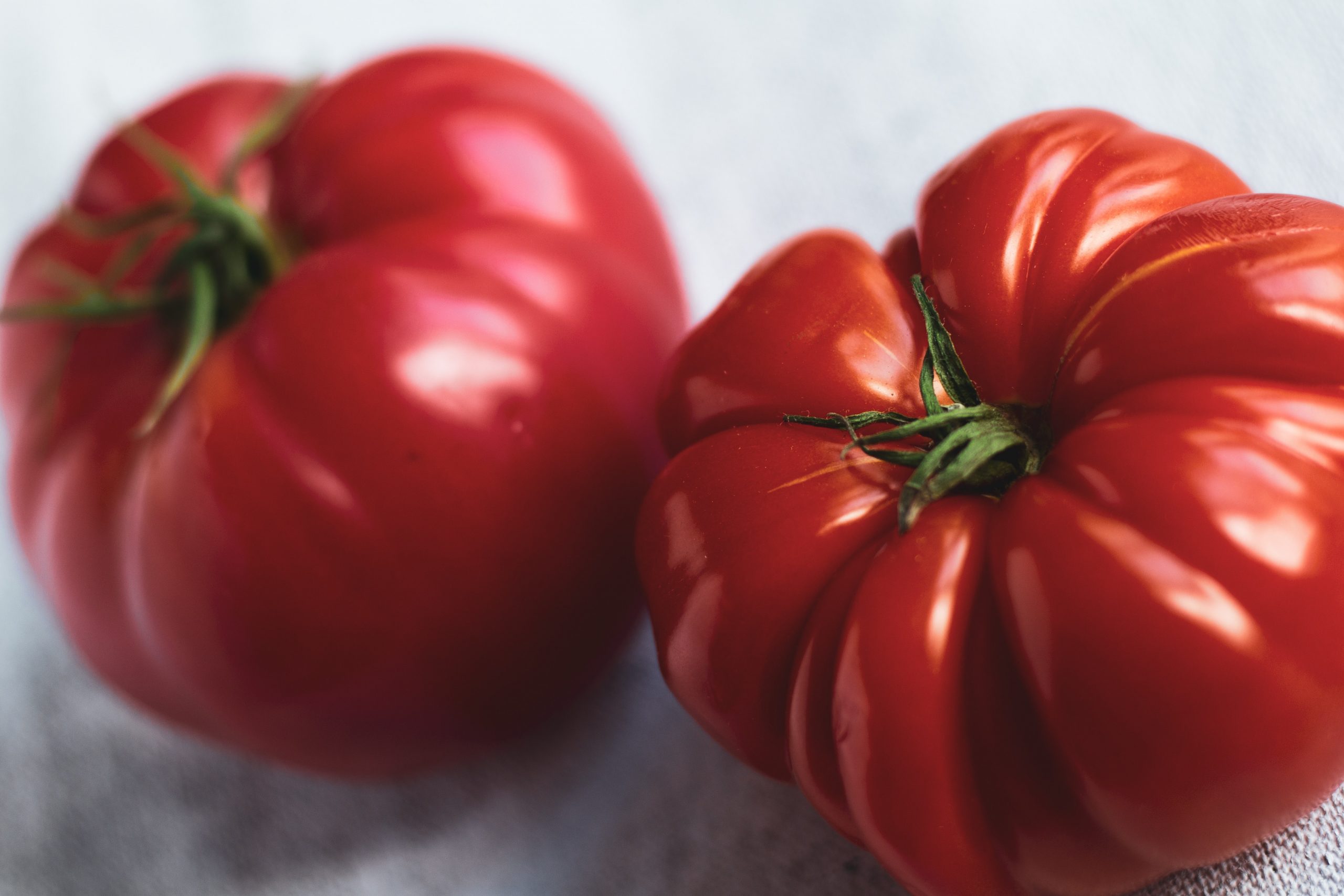 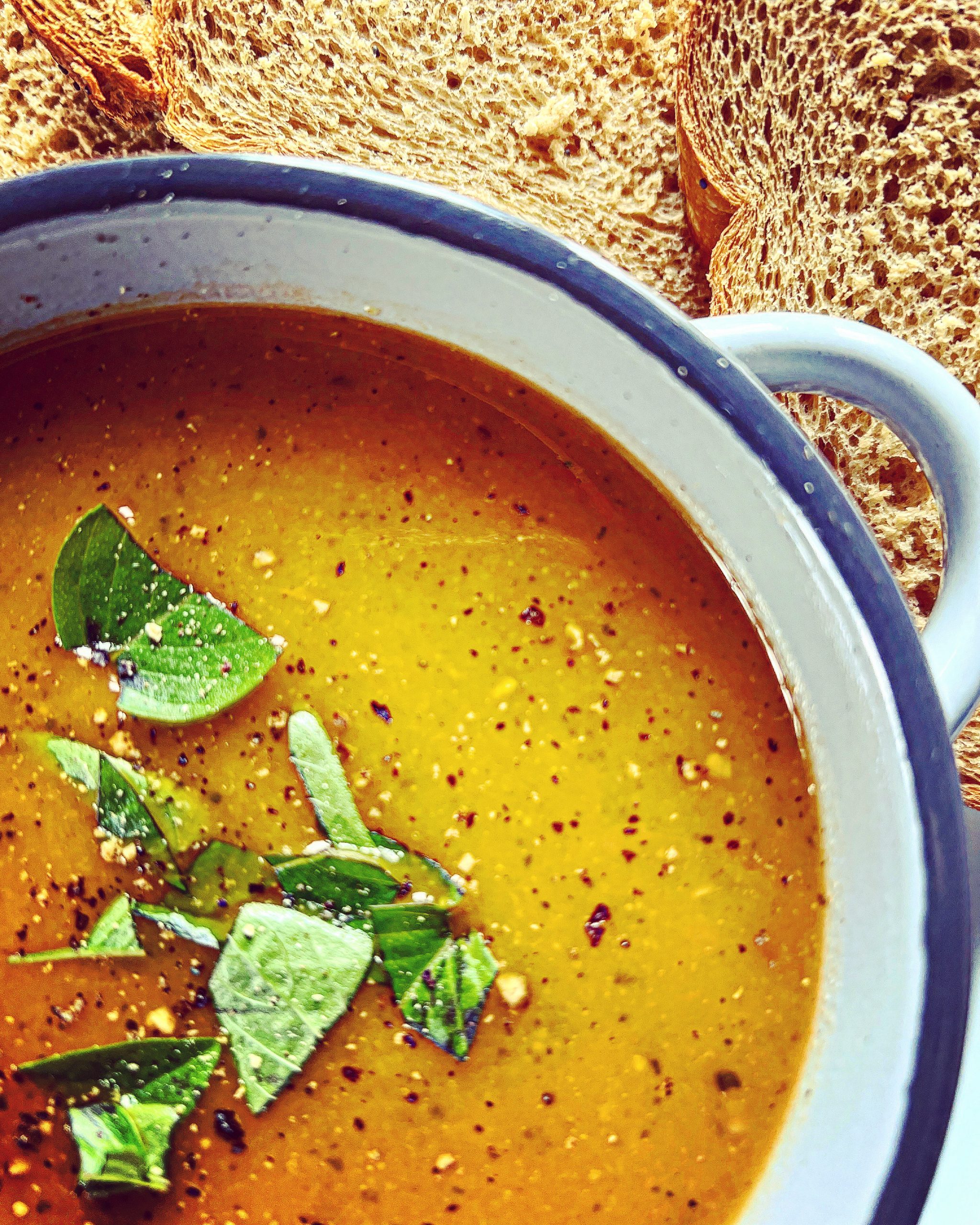 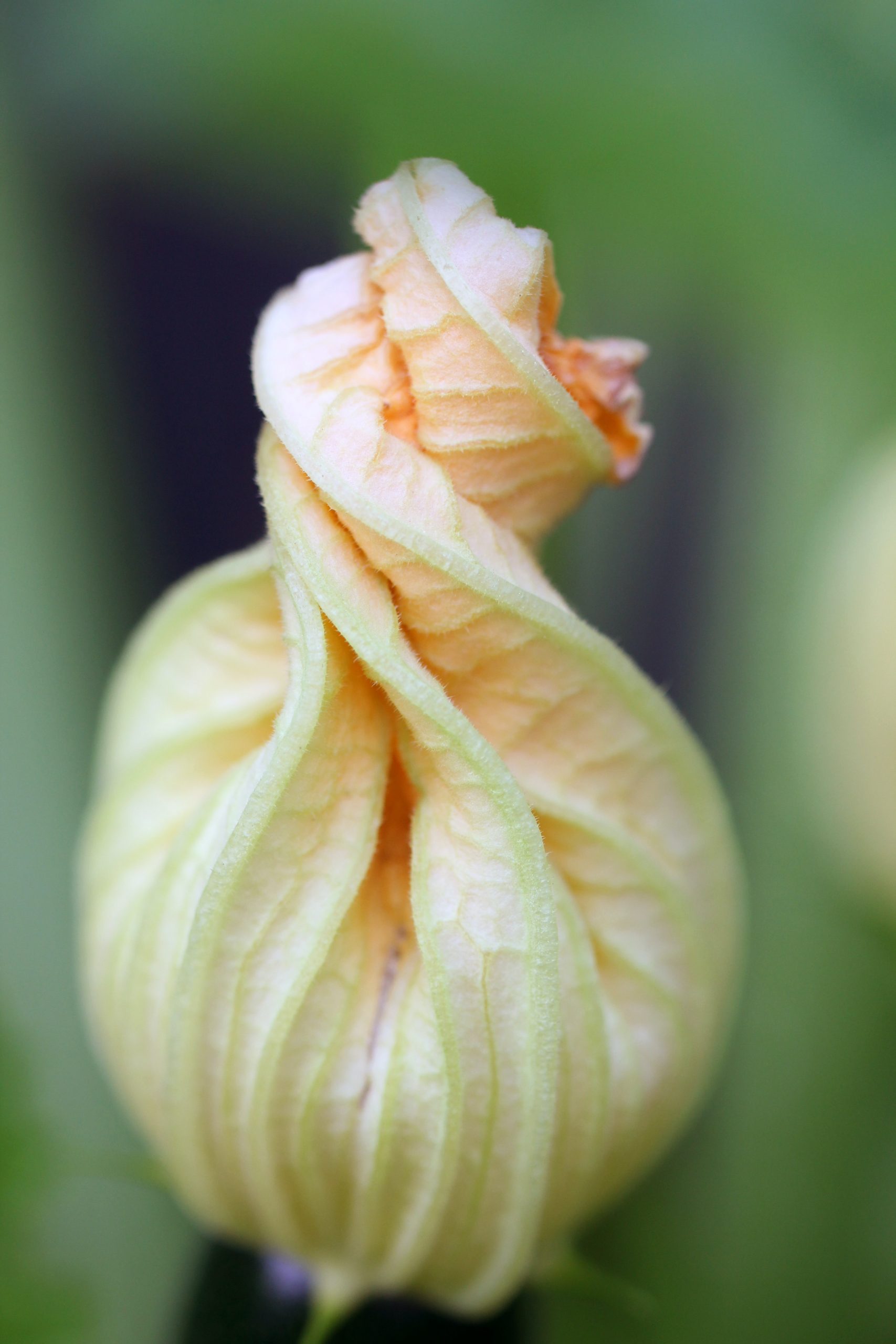 ← A Change of Direction Italian Potato and Ham Pie → 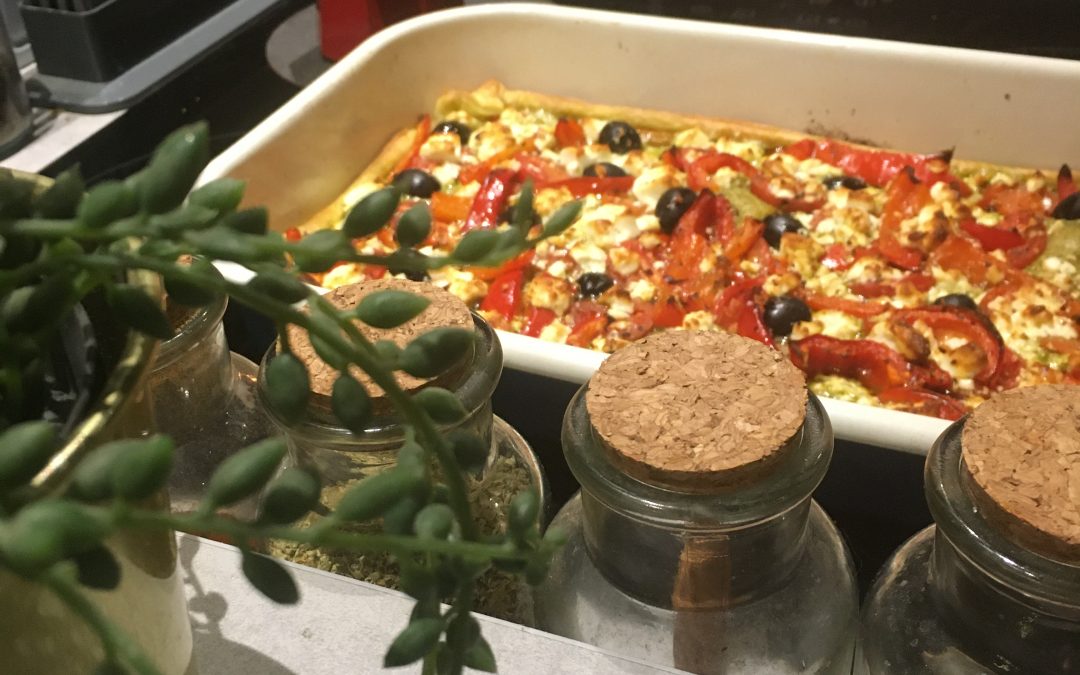 Winter is the season of comfort food. When the nights draw in very early and it’s dark and cold, we tend to cook comfort food. Hearty stews, thick soups, pasta dishes often loaded with a sauce, Sunday roasts. The kind of food that is often followed by a snooze on the sofa, under a furry blanket, in front of the wood burner. But, you can only eat this kind of food for so long, and as we have noticed spring bulbs beginning to emerge and days seeming to last a little longer before it gets dark, our evening meals are starting to change, too. Marinaded tuna, salmon, chicken fillets, lighter pasta dishes. And this weekend, a very spring-like filo tart, filled with punchy colours and flavours. It was the simplest and quickest tart to make, made up as we went along. The filo pastry was shop-bought – there is no way I’m standing in a kitchen making it, when it can just be unrolled from a packet. Sorry to pastry purists and serious cooks, but I’m not messing around with filo. And, within 10 minutes, everything had been chopped and prepared and it was in the oven.

The pastry was rolled out into rectangular baking tray and smothered in green pesto. Lightly roasted peppers and chopped cherry tomatoes were added, with back olives squished down into the veggie mix. Feta cheese was crumbled across the tart and chilli flakes sprinkled on top, then baked for about 25 minutes. It was served with a fresh spring salad and potato rosti. The pesto made a real difference as it during the cooking, it soaked into the base, giving it a creamy texture. A lovely, light and fresh dinner dish – which reminded us that spring is not too far off… 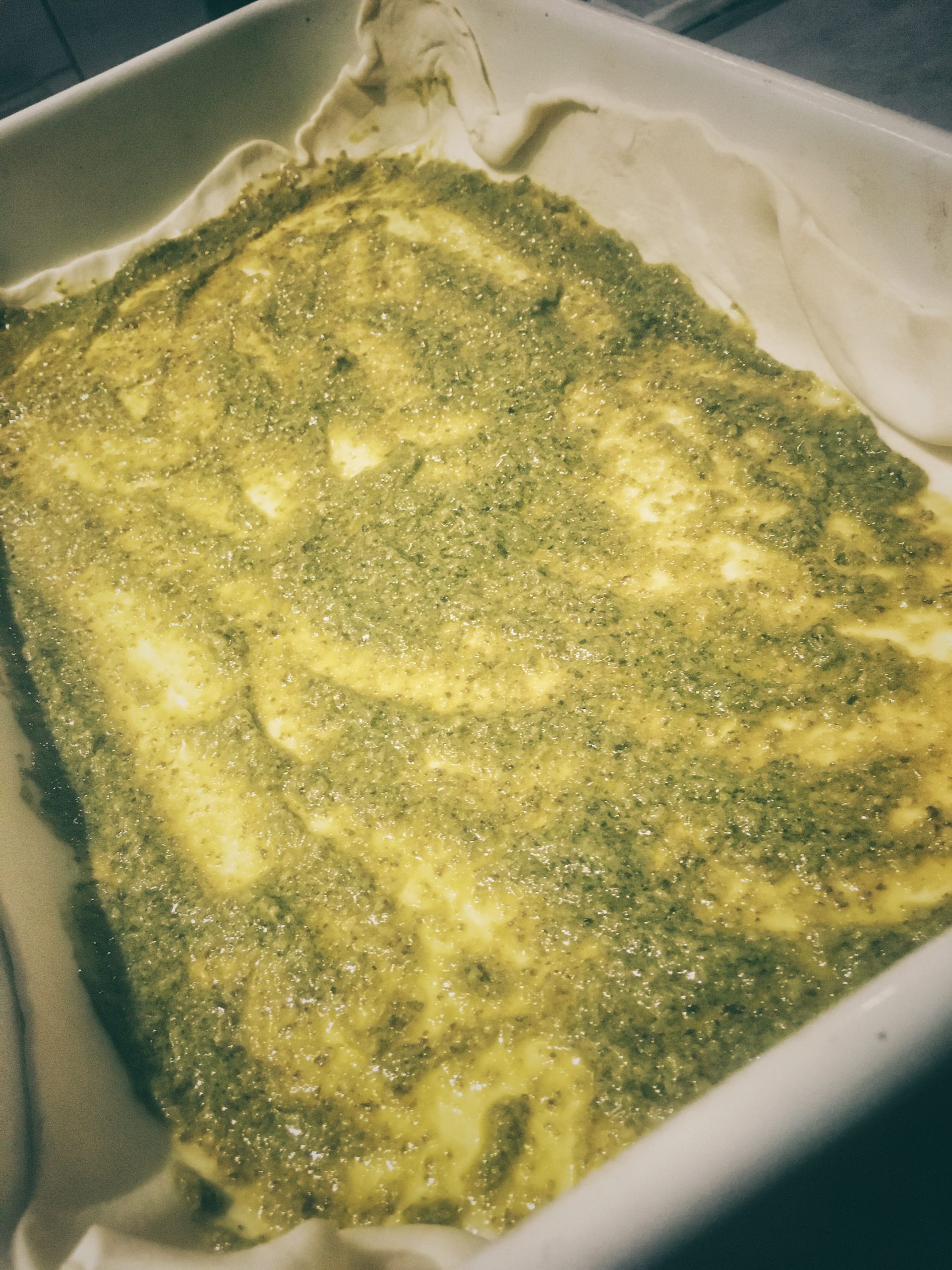 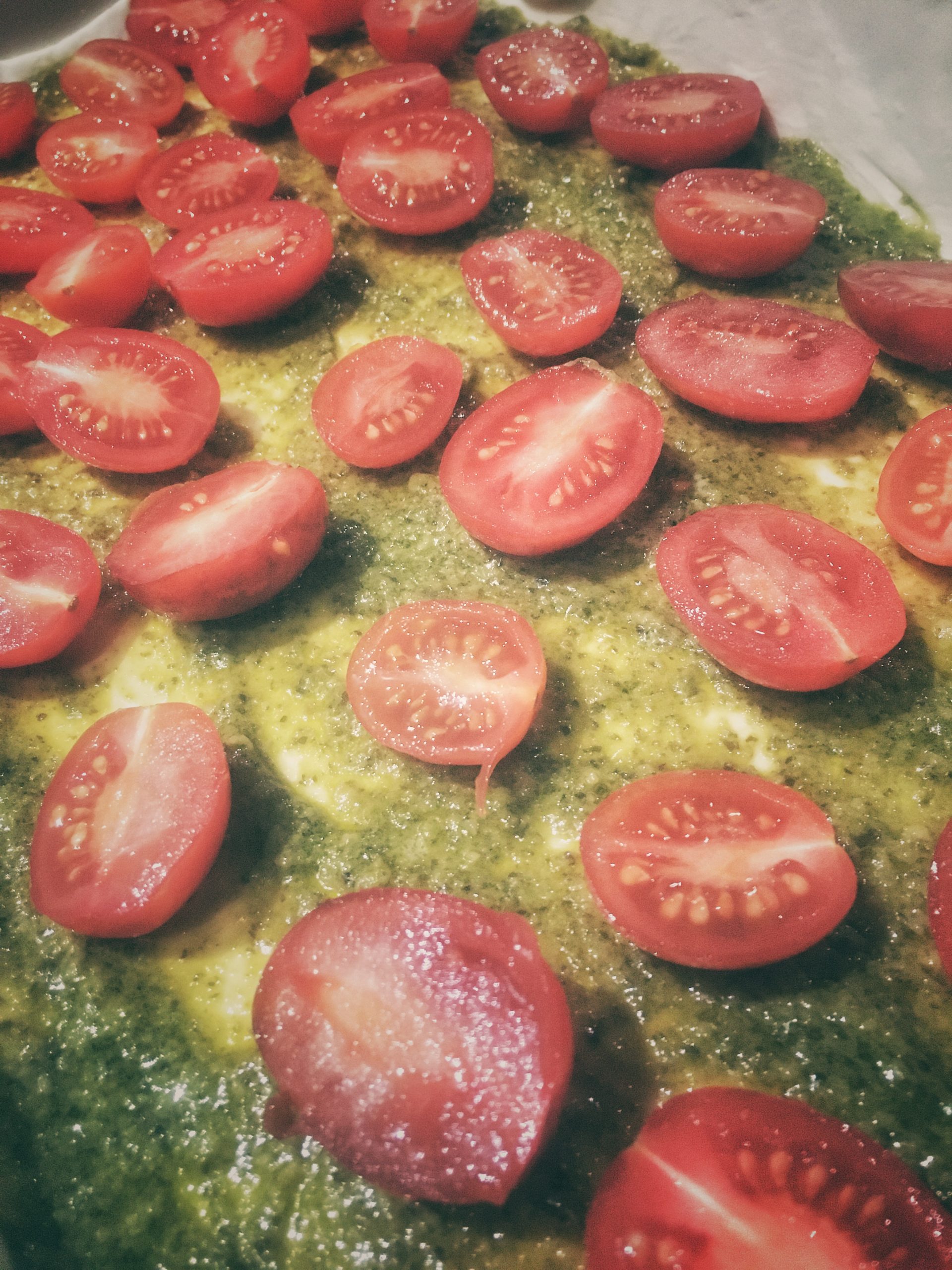 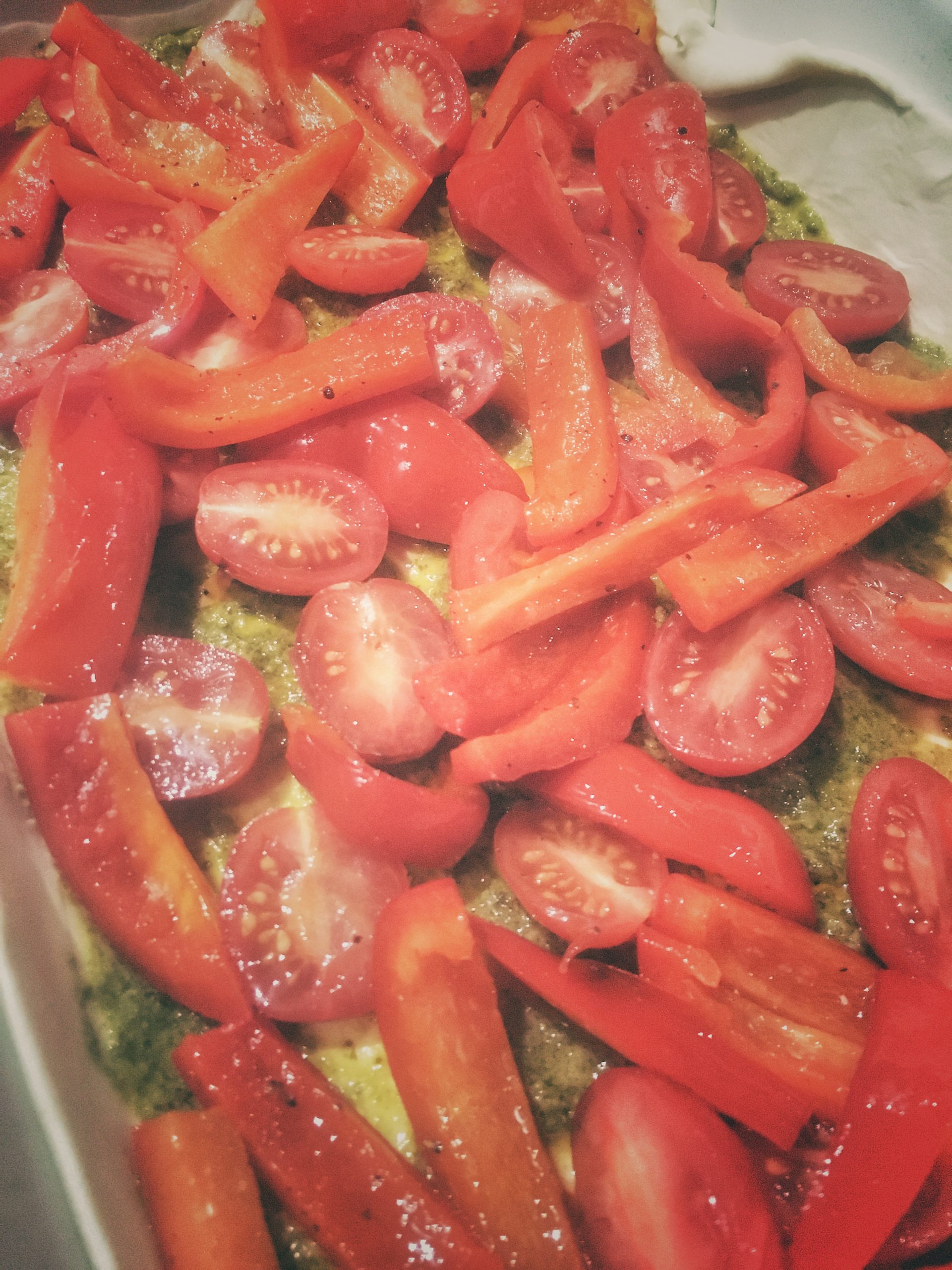 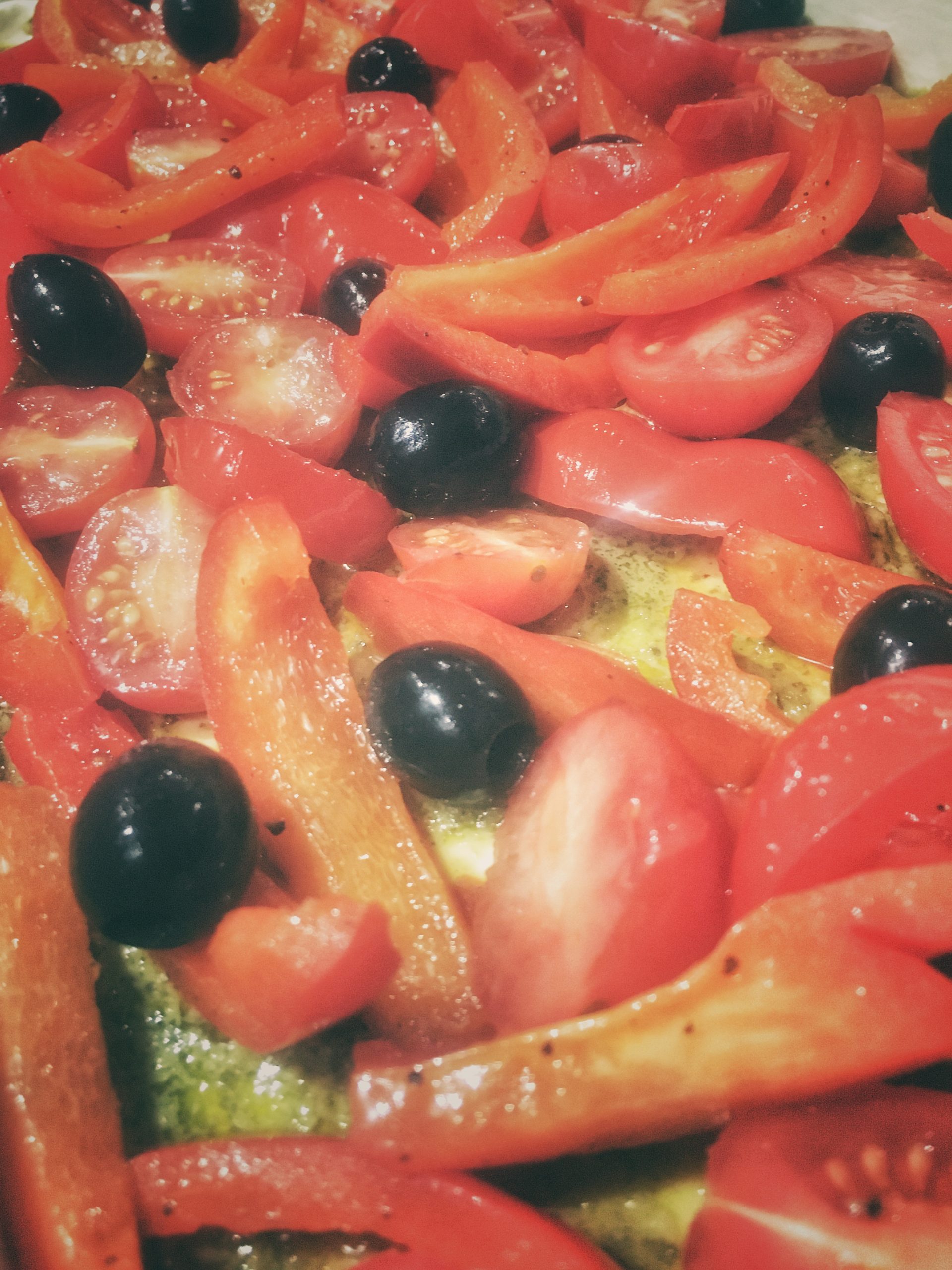 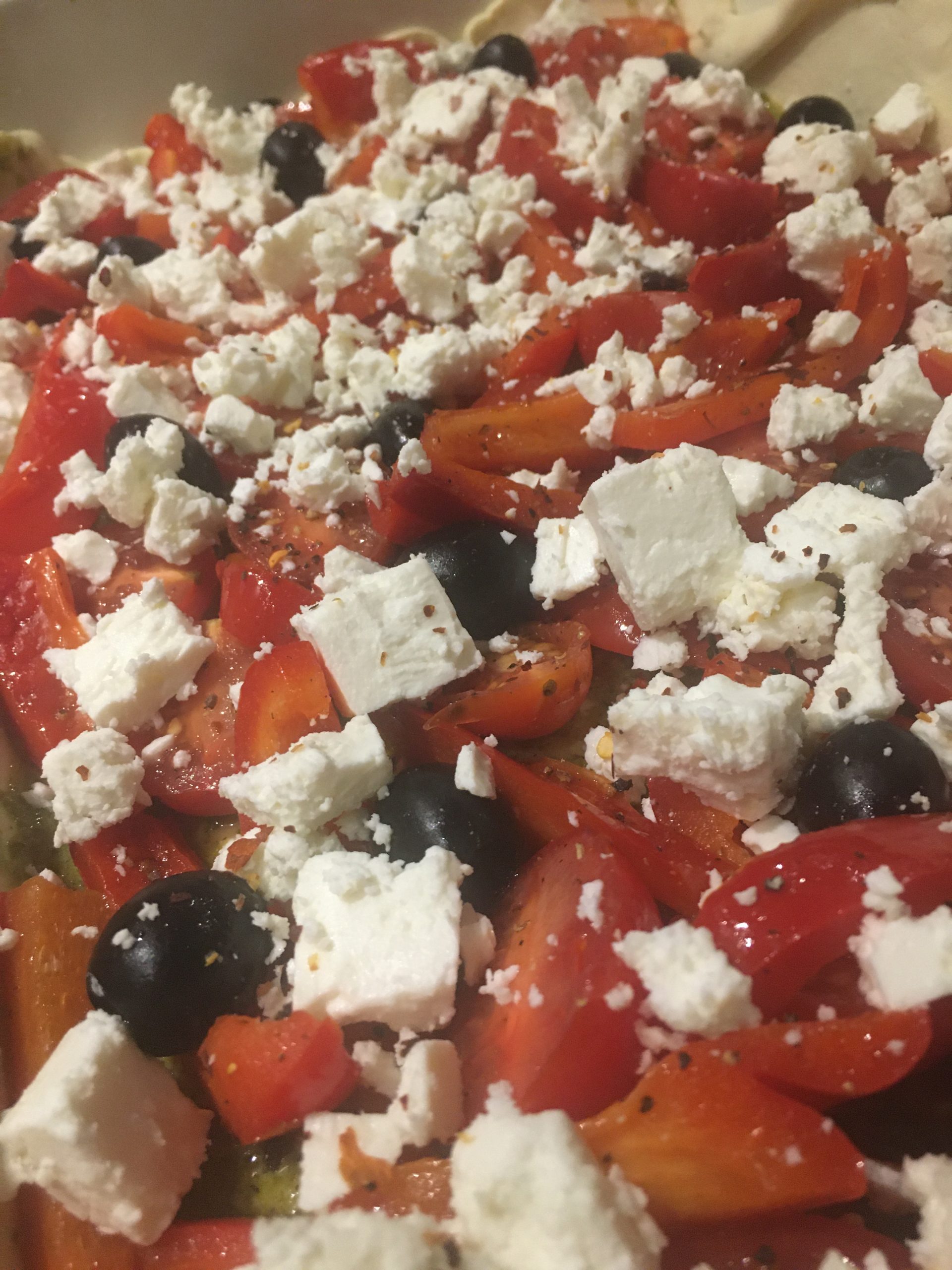 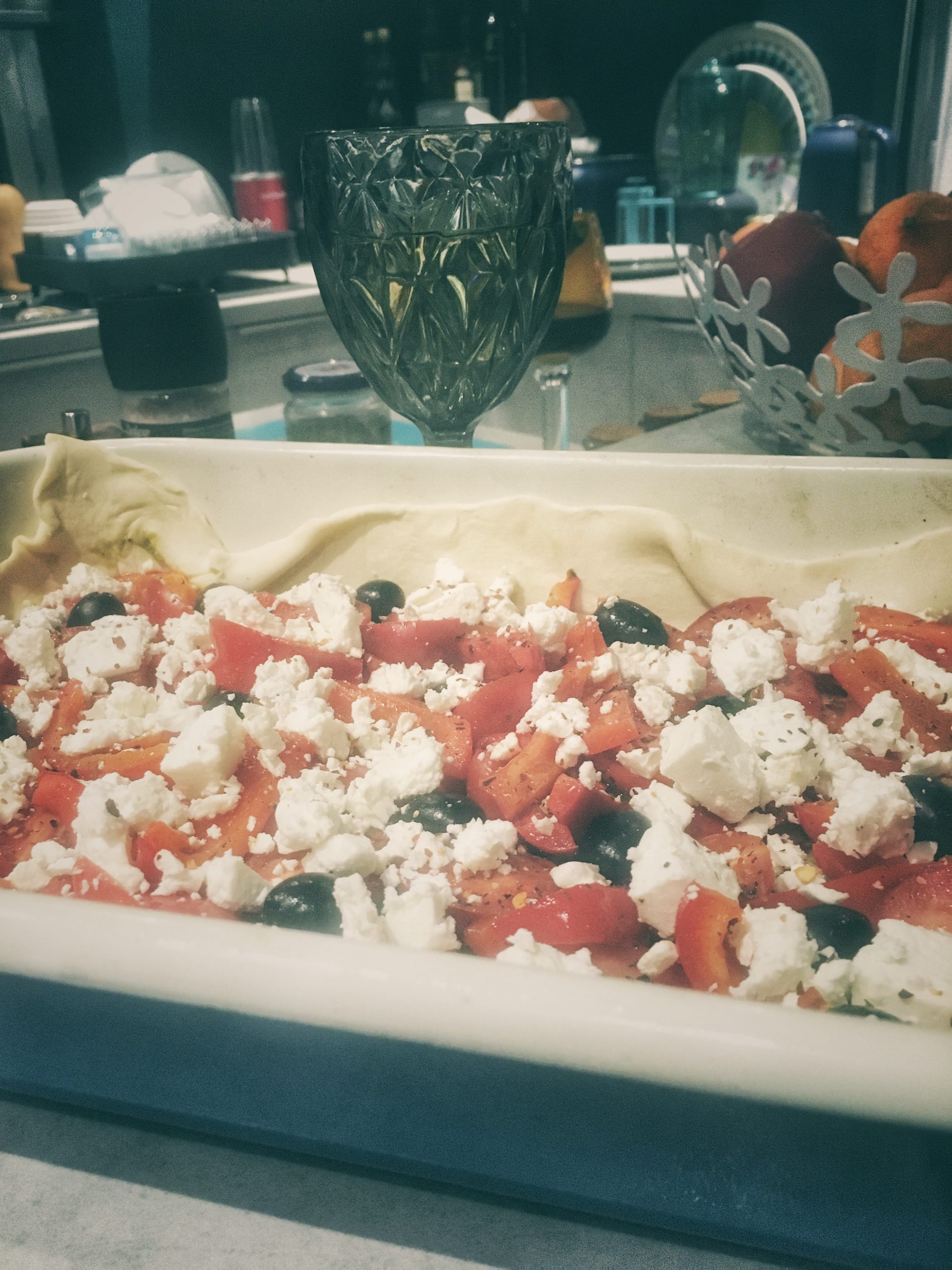 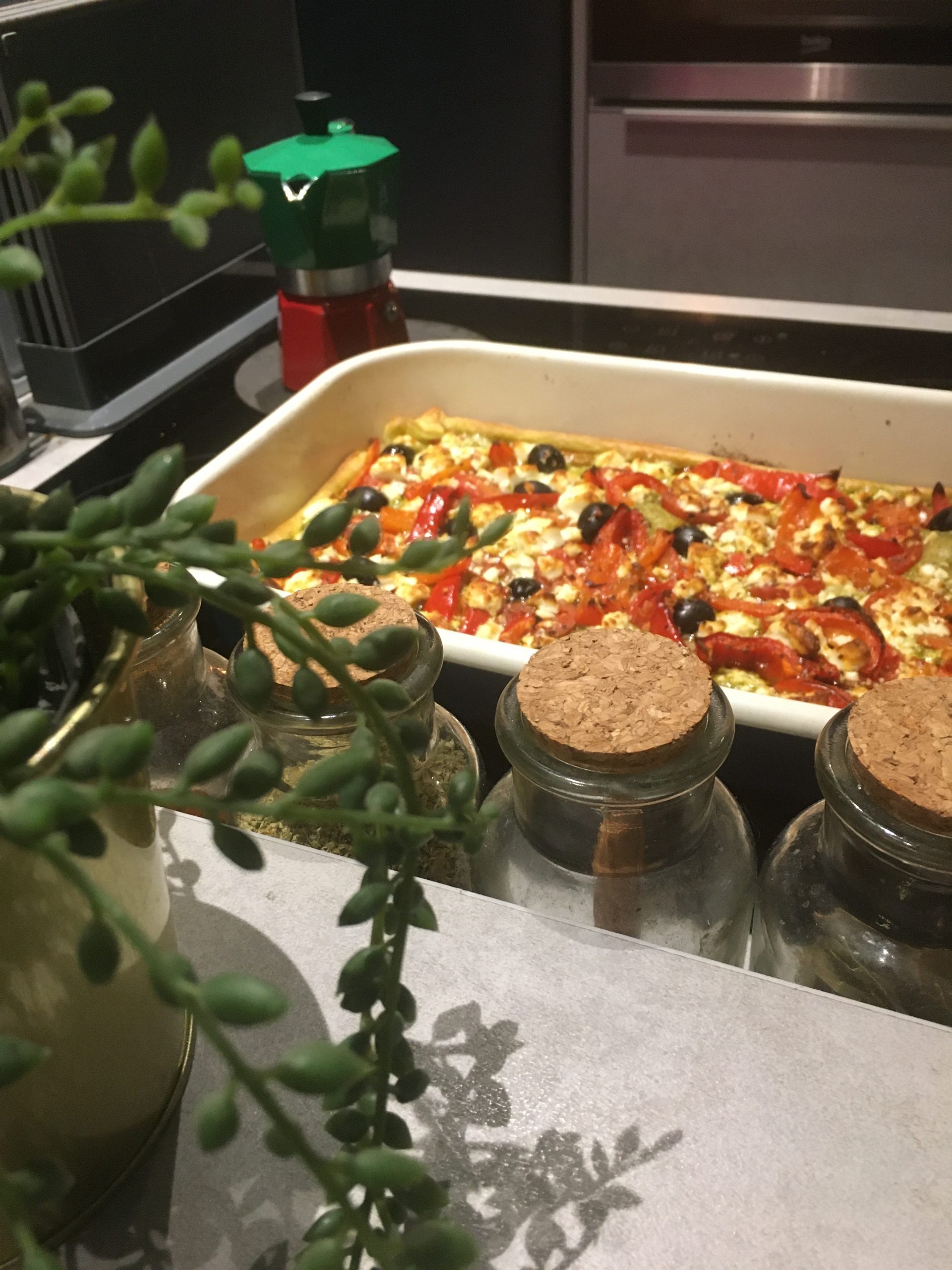