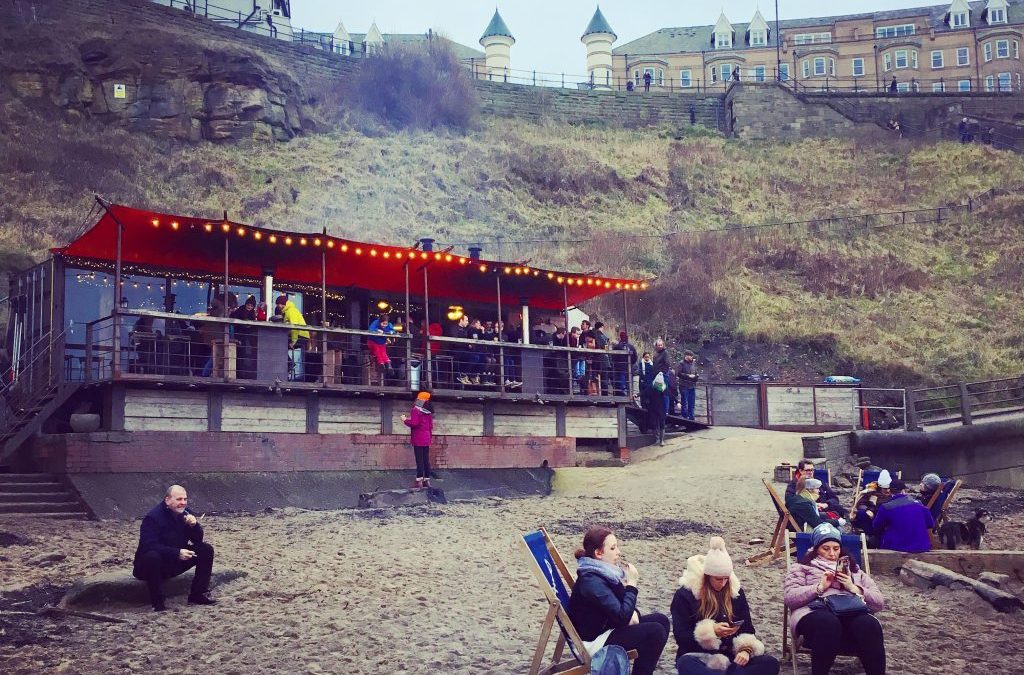 Although it’s been a while since I lived in the North East, we do still get to experience it when we visit family. It’s become a bit of a tradition that we do a bracing post-Christmas walk, usually on the coast, and this year was no exception. On the day after Boxing Day, we headed to Tynemouth. The weather was as we expected – windy, cold and drizzly. But that didn’t stop people being on King Edward’s Beach, under the imposing priory. 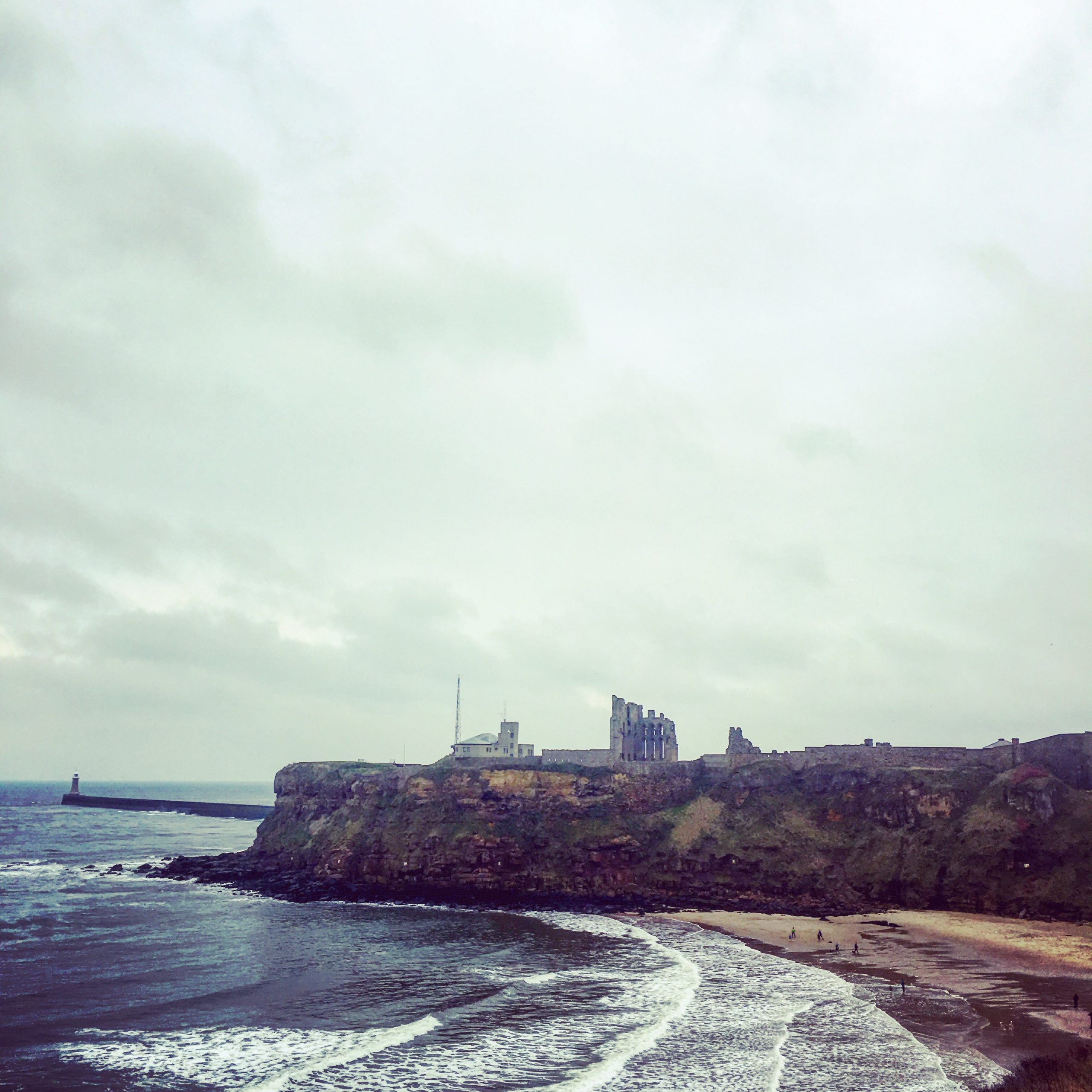 We decided that the weather was just perfect for a fish lunch. This being the hardy north east, where a blustery wind from Scandinavia doesn’t stop things – you just adapt and do them differently – Riley’s Fish Shack was open, and a very long queue starting to form. If you’ve not heard about this place, where have you been? Snuggling in under the cliffs – if you don’t peer over the Edwardian railings at the top, you’ll miss it – is the most wonderful eatery, we swear you’ll ever encounter. Constructed from two open-fronted shipping containers, this is steampunk heaven. With fish. The best, freshest fish you can imagine. 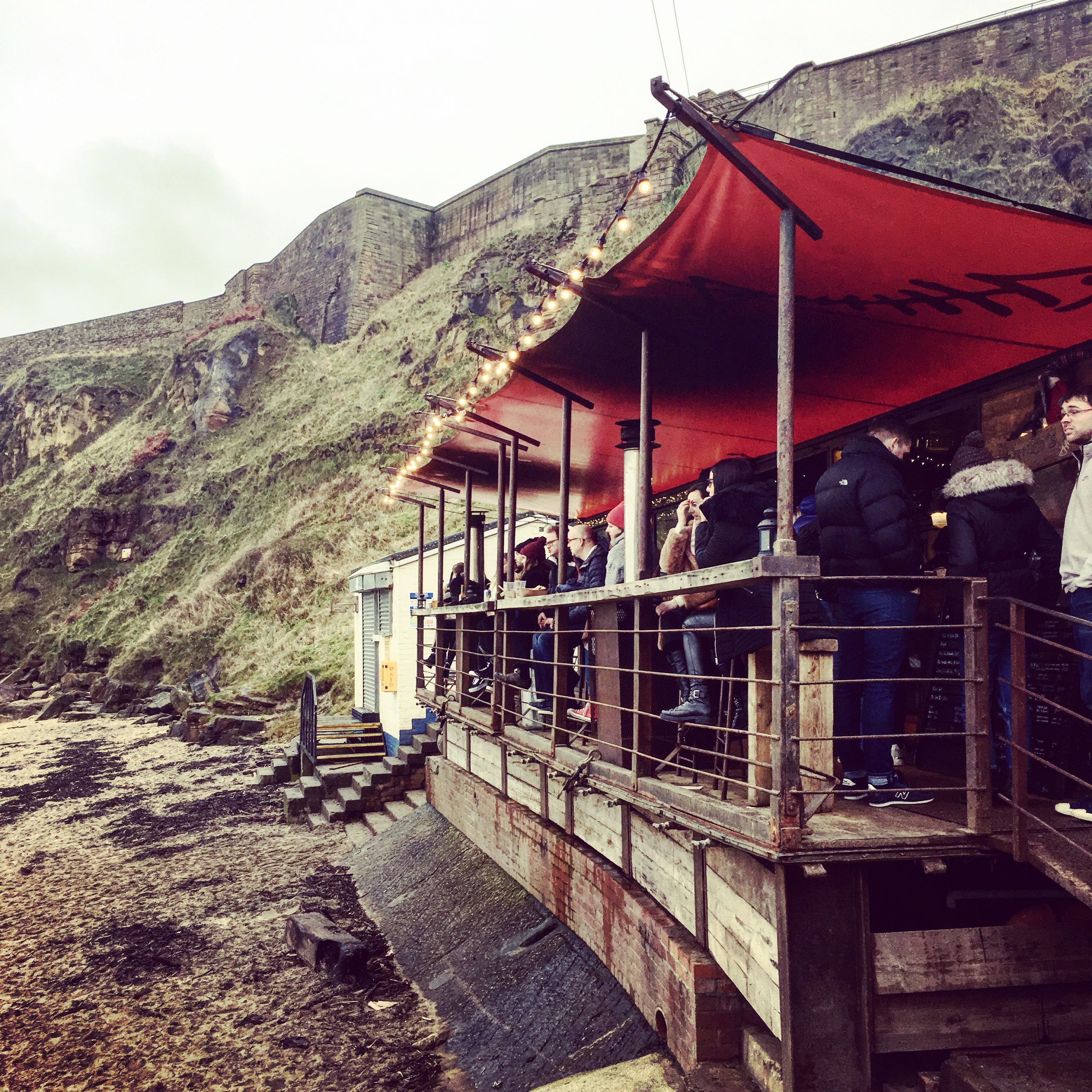 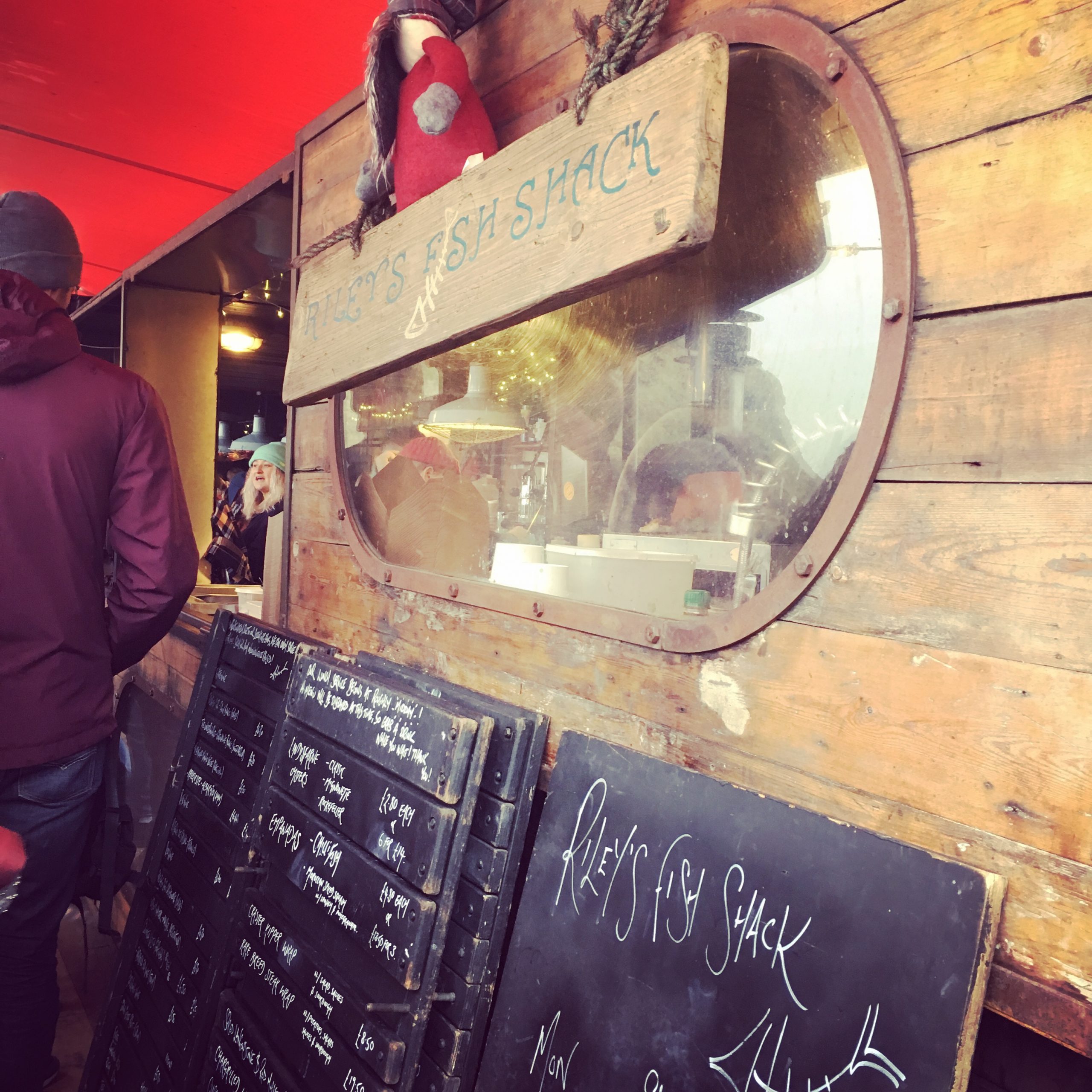 The menu is simple. It consists of what fresh fish they have, at the time you arrive. When it runs out, it runs out. Everything is sourced locally – I mean, how could you source from anywhere else other than the North Sea, when it’s literally lapping around the containers? There’s always a buzz in the queue – and there is *always* a queue as this place is beyond popular – about what’s on the menu. Listen to what other people are drooling over, because if they’re in the queue ahead of you, they’re watching their fish being prepped and cooked. We knew on our last visit that the Goan Monkfish Curry and the Monkfish Tail Kebabs were dead certs – more of the food later, but wowsers!

If you like your interiors to be pristine, with bookable tables and table service etc, this may not be for you. But, if you like quirky surroundings, where you sometimes need to table-share with strangers, and be warmed up with throws and by woodburners, this place is probably right up your street. There is bench-like seating at the front, overlooking the beach and three or four larger tables inside, behind glass doors. For the super-hardy – of which there were many on this very brisk December day – there are groups of canvas deckchairs, around a number of firepits on the beach itself. So, plenty of seating options, but you need to be prepared to be flexible as you might not get exactly where you want. 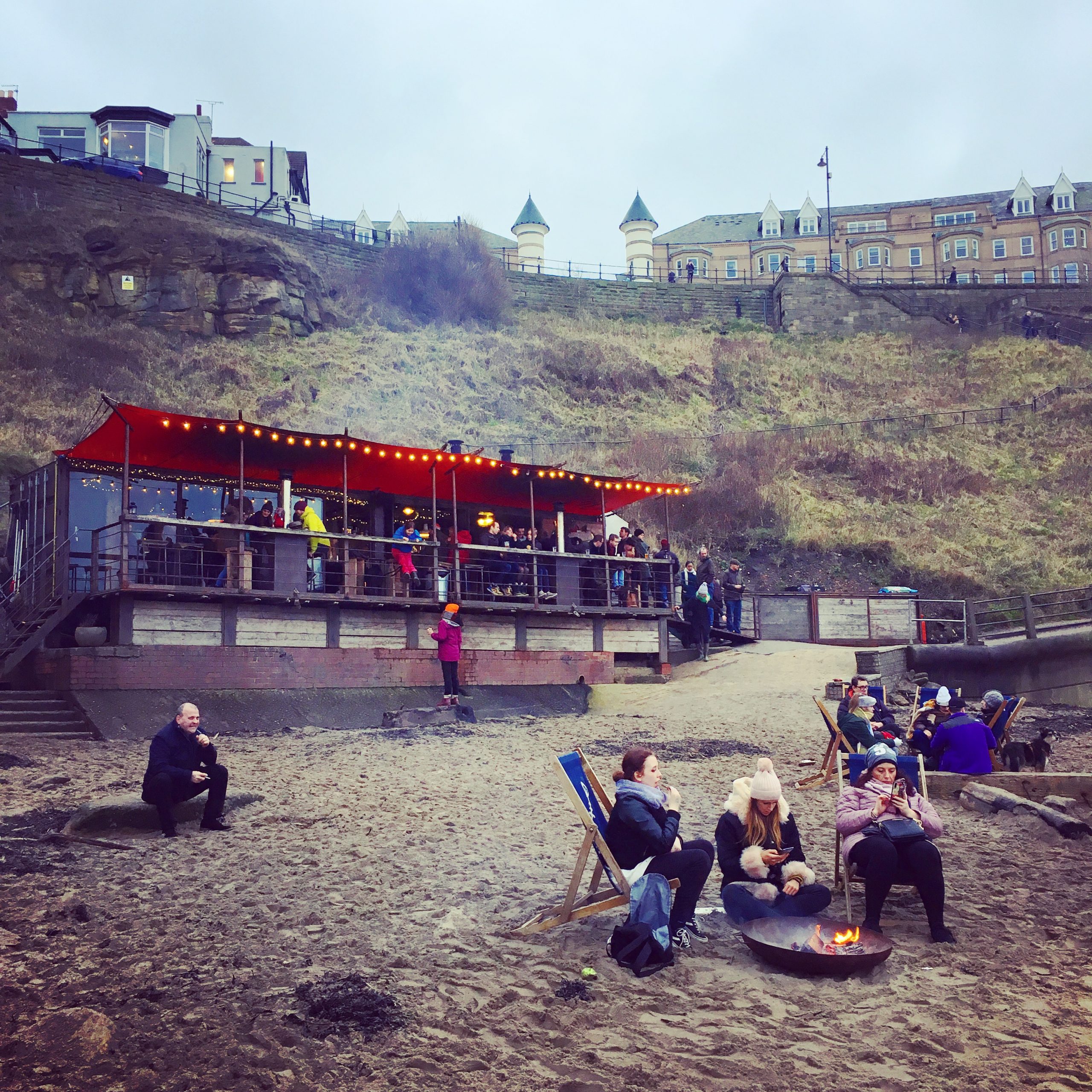 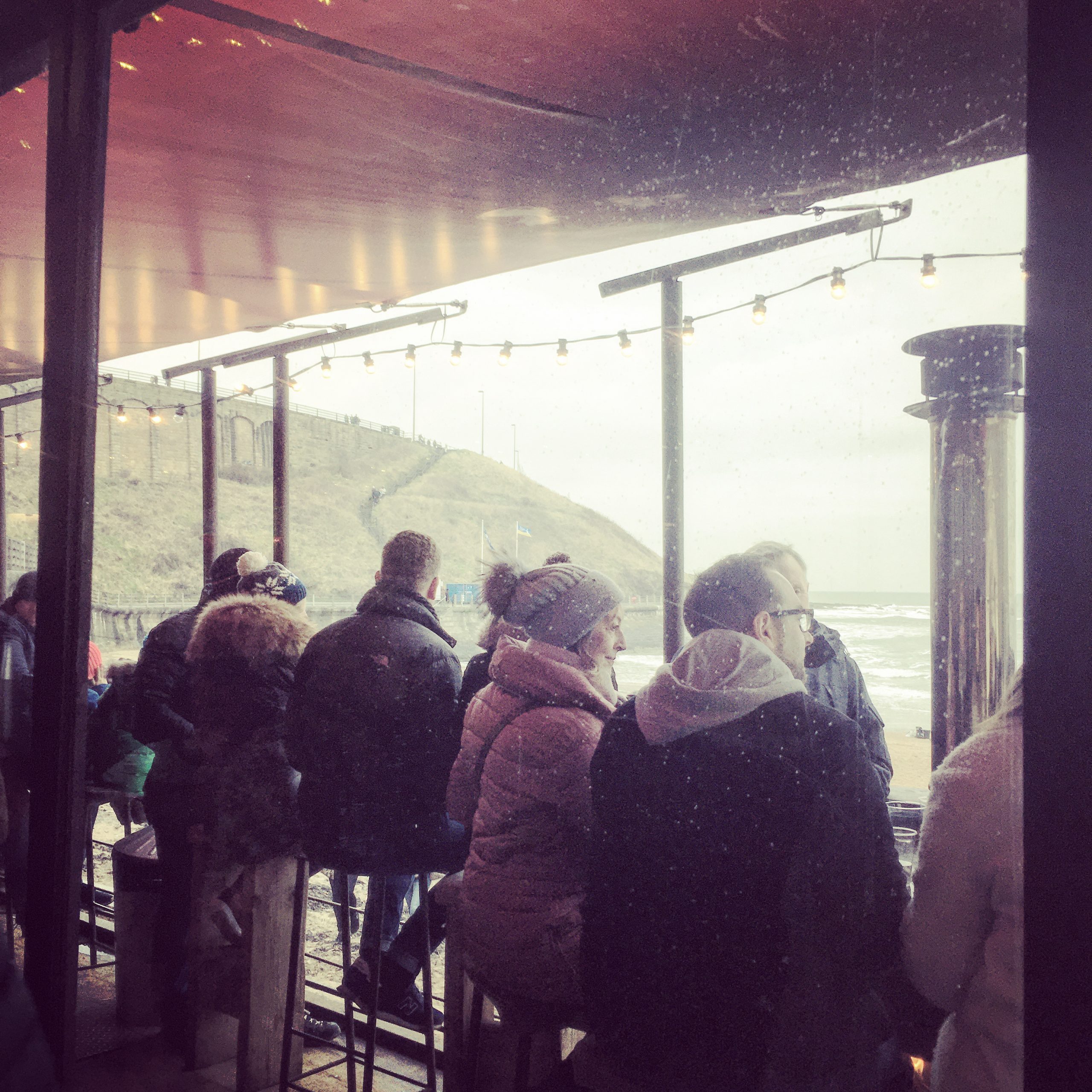 Looking out to Denmark from Riley’s Fish Shack, Tynemouth

The interior has been really well thought out – very industrial and very raw, with some beautiful touches to soften the edges. Just like its surroundings. Lots of drift wood, metal, high stools, sharing tables, faux sheepskins, twinkling lights and throws. Perfect for a winter’s day. 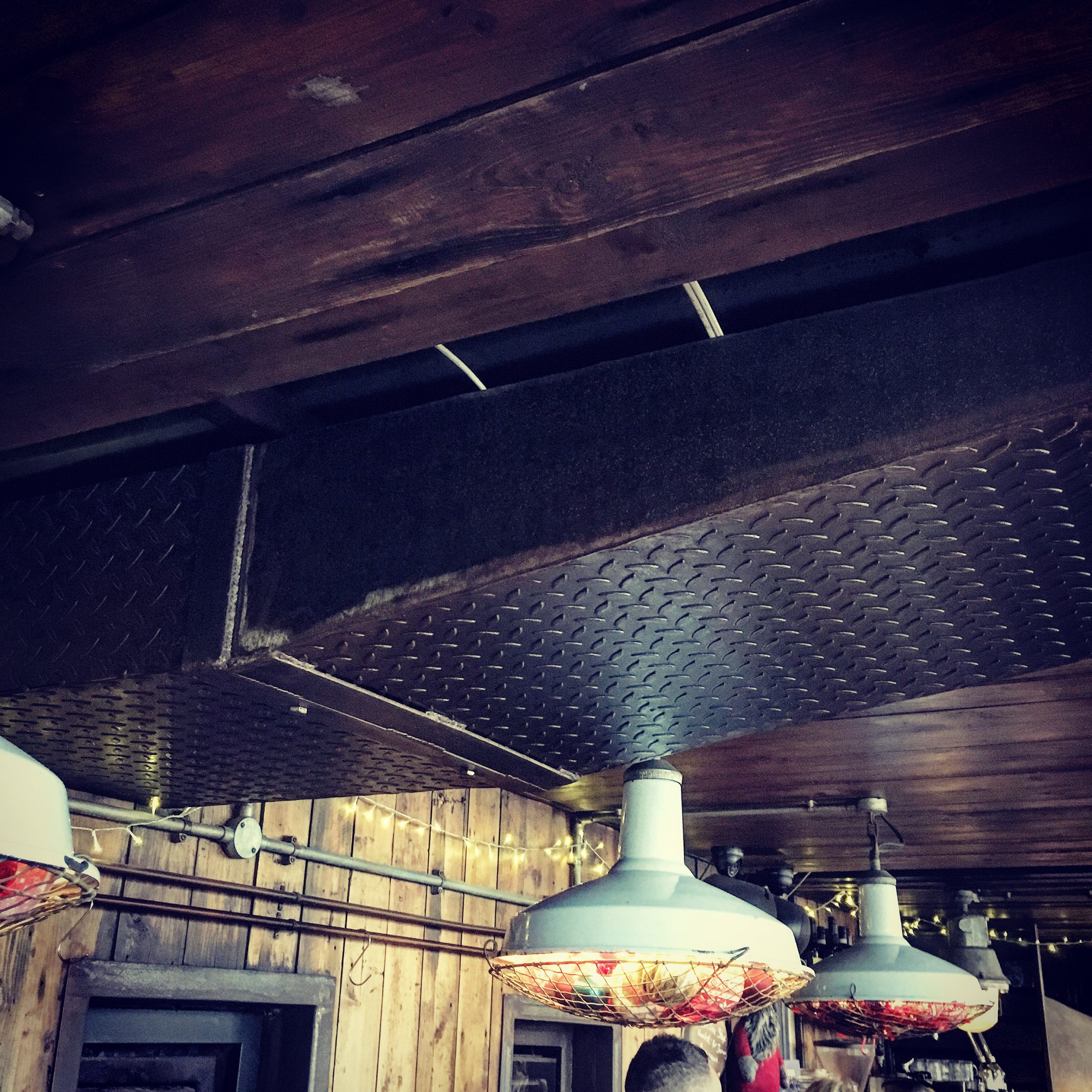 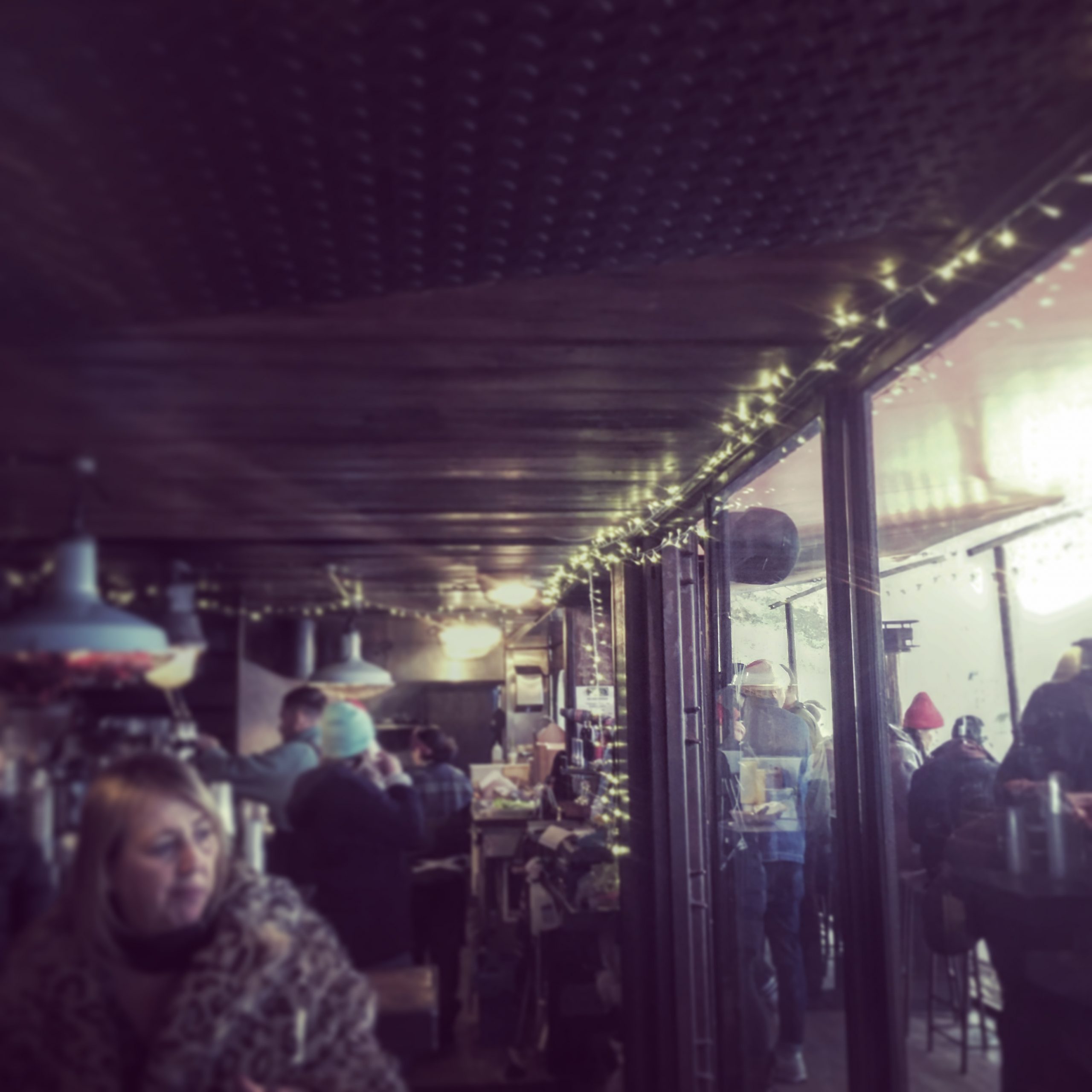 But, what about the food?

Well, let’s say, we’re on the same page as Jay Rayner and GQ Magazine on this one. The menu, on the day we visited, was extensive –  sea food wraps, mackerel, cod, monkfish, kebabs, lobster, squid and side dishes such as Brussel Sprouts (it was still Christmas!), garlic potatoes and breads. The choice was amazing, but monkfish can never be resisted, so the curry and the kebabs were ordered. With drinks, the bill came to £48, so not cheap, BUT the portions were huge! The chunks of monkfish were plentiful and succulent in the Goan Curry and this dish came with jasmine rice and a very large flatbread. Be aware, though, this dish comes with a kick… 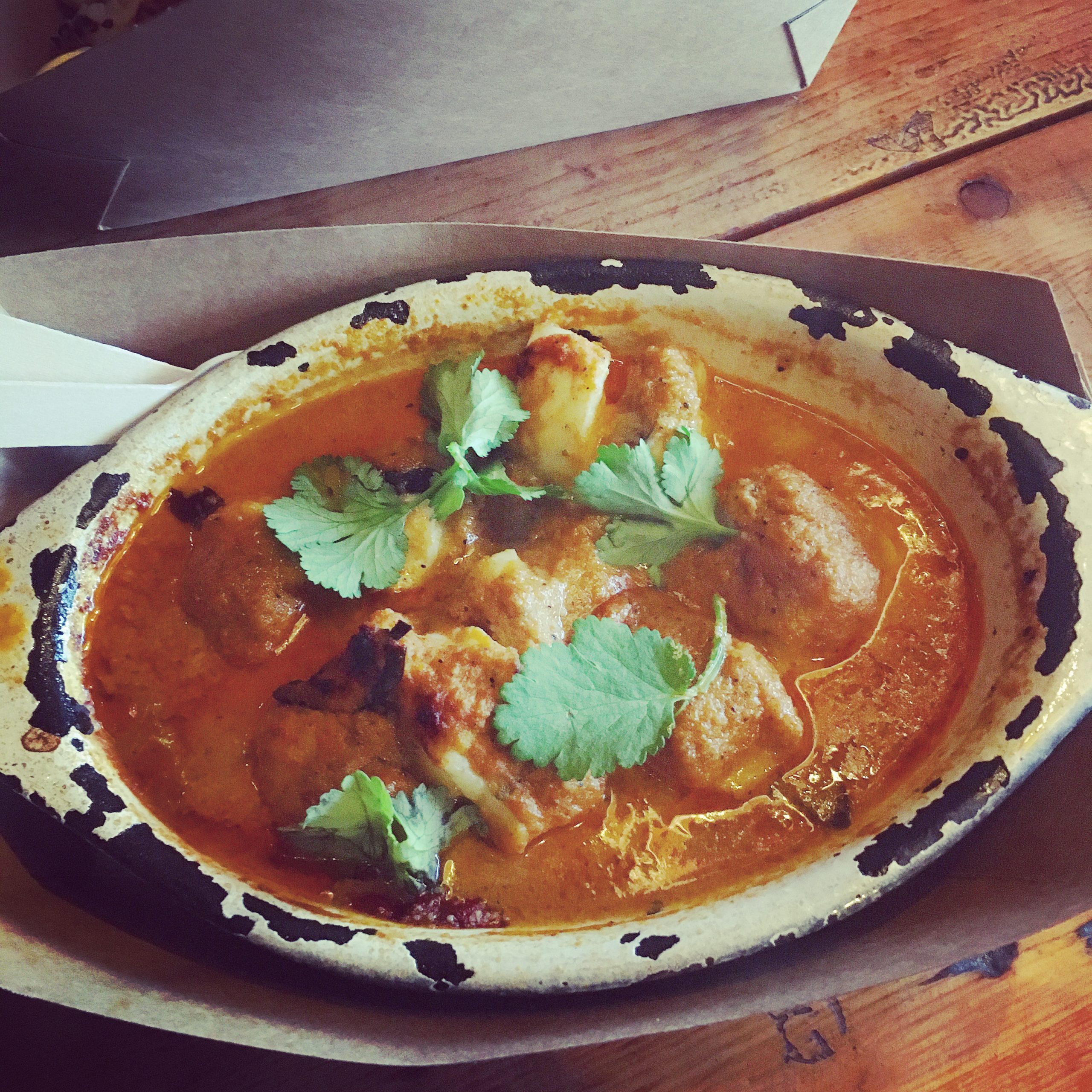 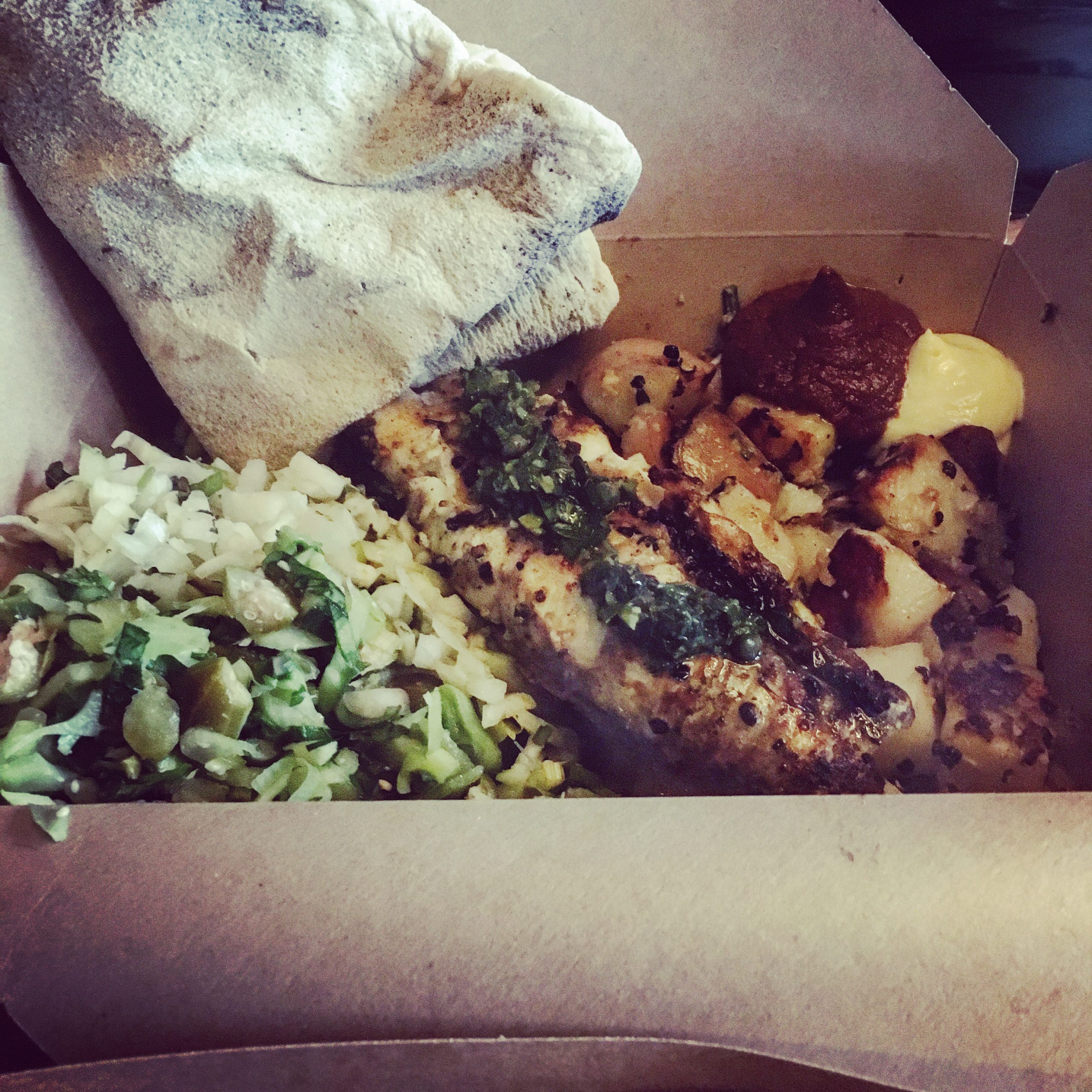 Over Christmas we travelled from Istria in northern Croatia, through Italy, Austria, Germany and France on our way to and from England. And, without a shadow of a doubt, our meal at Riley’s Fish Shack was miles ahead of anything else we ate in the various restaurants we visited, on our trip. We cannot recommend this little slice of culinary heaven enough. Just don’t forget your hat & scarf!