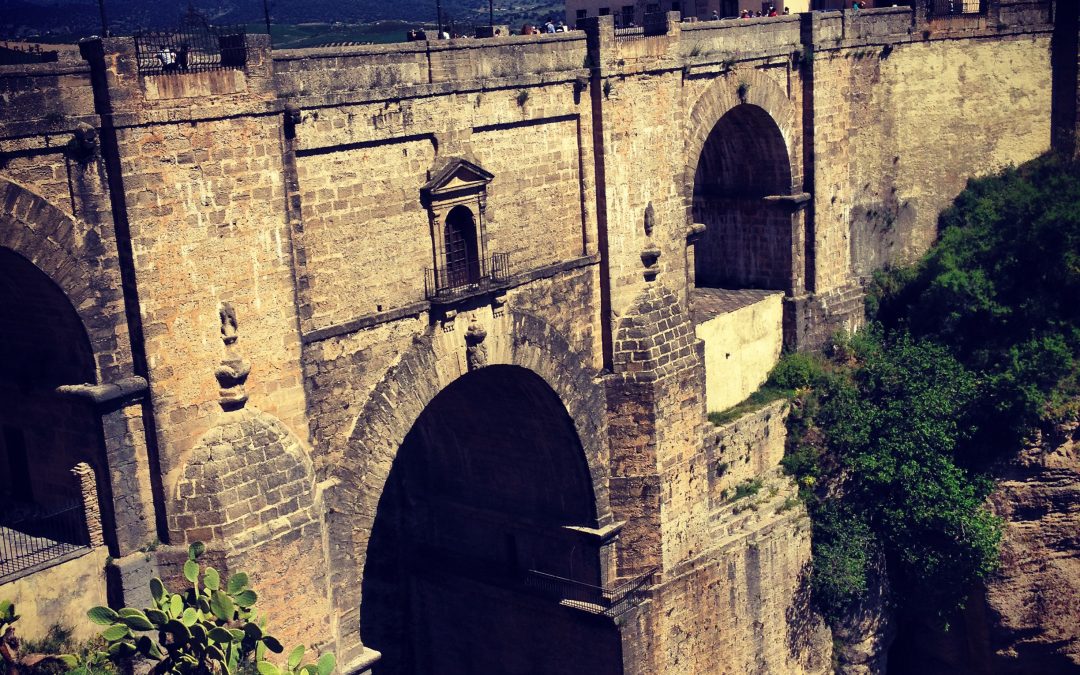 Staying in southern Spain, with a hire car, meant that we could get out and about and really explore the region of Andalucia. One of our trips was across to the west and the amazing city of Seville. All the more amazing because we visited over Easter and this was totally mind blowing. A true spectacle that we will never forget. However, on the way to Seville, we couldn’t not stop and take in Ronda, the mountaintop city in the Malaga region, that’s set dramatically above the deep El Tajo gorge, which separates the city’s 15th-century new town from its old town, dating back to Moorish times. It was mid-April when we arrived, and already hot. It seemed as if summer was in full swing, with cloudless sky, bright sunshine and wide esplanades, filled with orange trees, bursting with fruit. 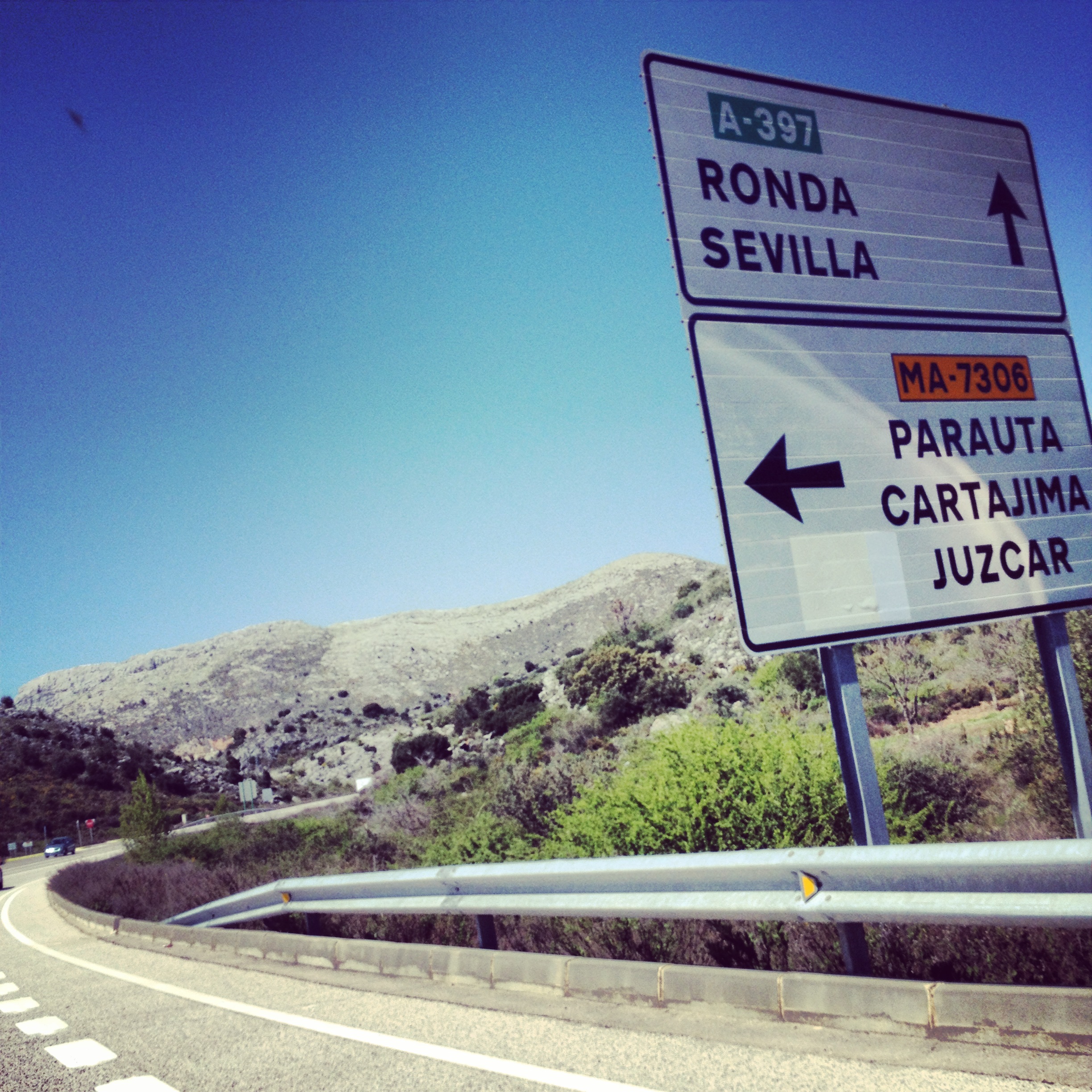 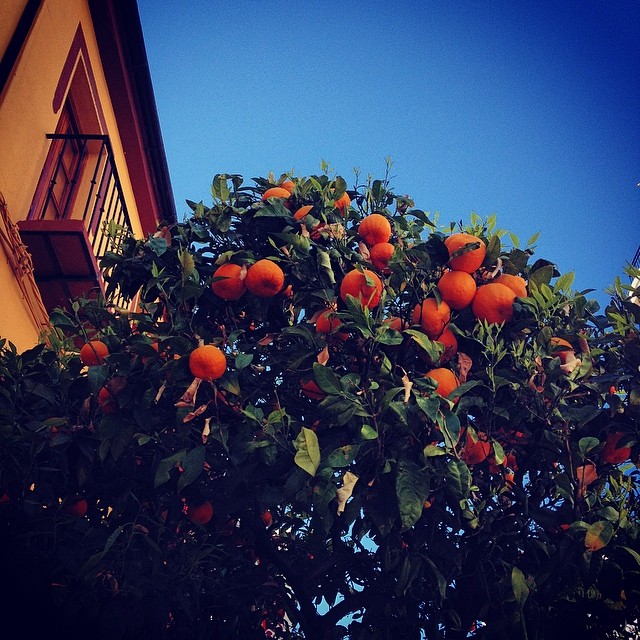 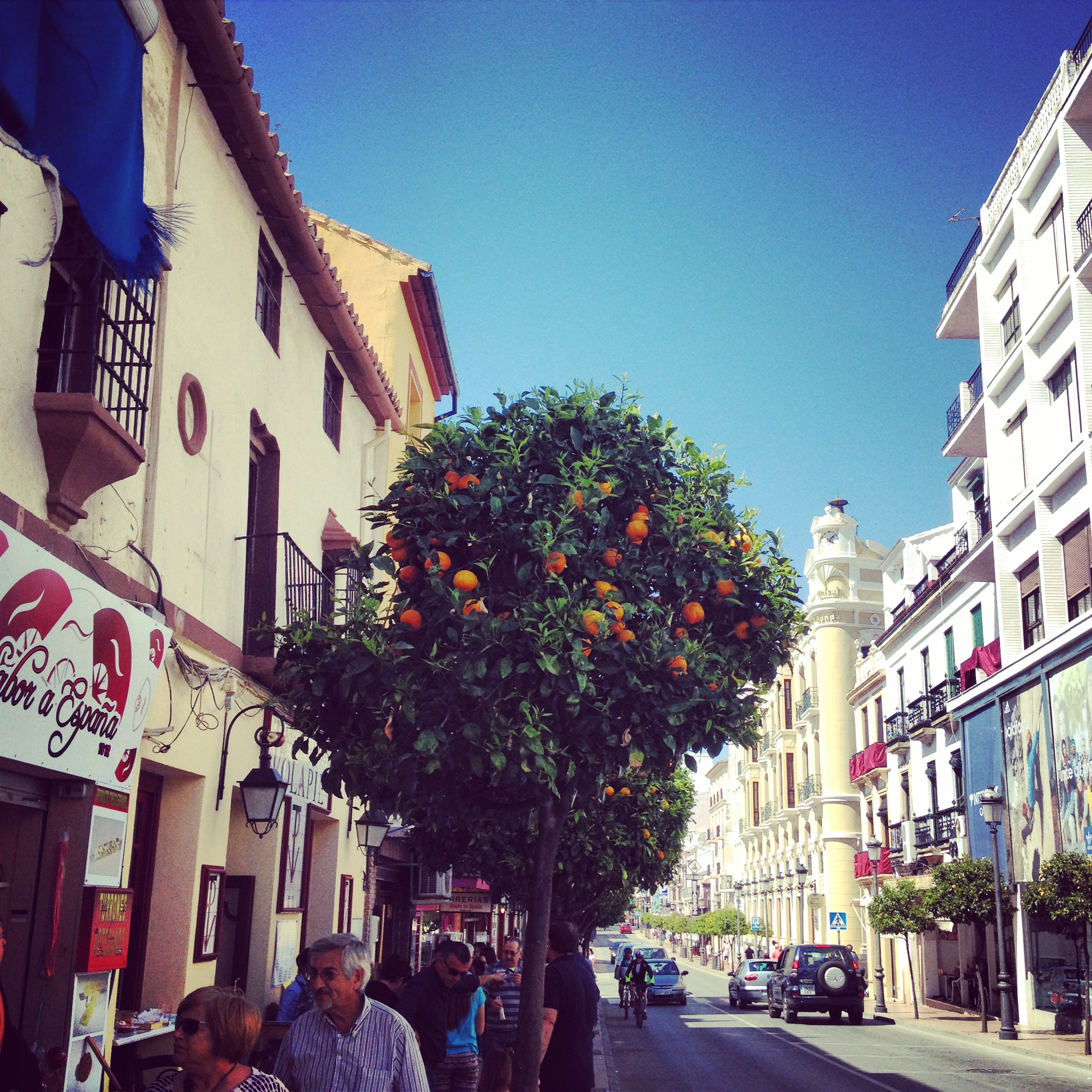 When we arrived, the town was vibrant and full of locals and tourists. Bars and restaurants were buzzing. But, as we continued to explore, the streets started to empty as siesta time kicked in. And, although it was very, very warm, we decided to stay out and about, as we were only there for a short time and wanted to see as much as we could. And, without throngs of tourists, this was much more bearable in the early summer heat.

Although not small, Ronda retains much of its historic charm, particularly in its old town. Elegant, pastel and cream coloured buildings, with elaborate facades look onto tree lined roads. The trees are beautifully manicured and clearly looked after, all year round. During our very short visit, we couldn’t even really begin to take in the buildings and the architecture, as there was just so much to see and savour. So, we had whistle stop tour of the area around the gorge – as that was what we had come to see on this occasion. 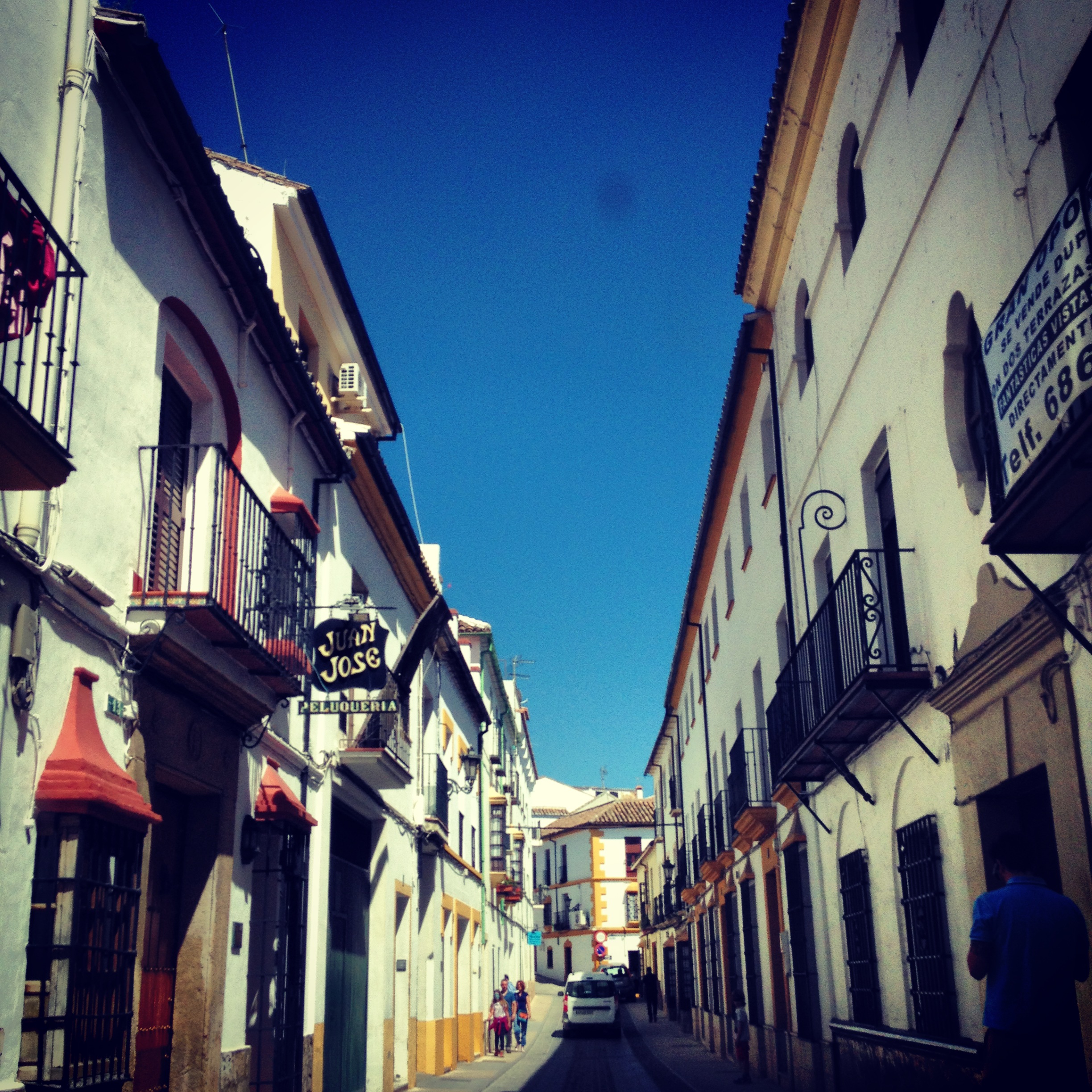 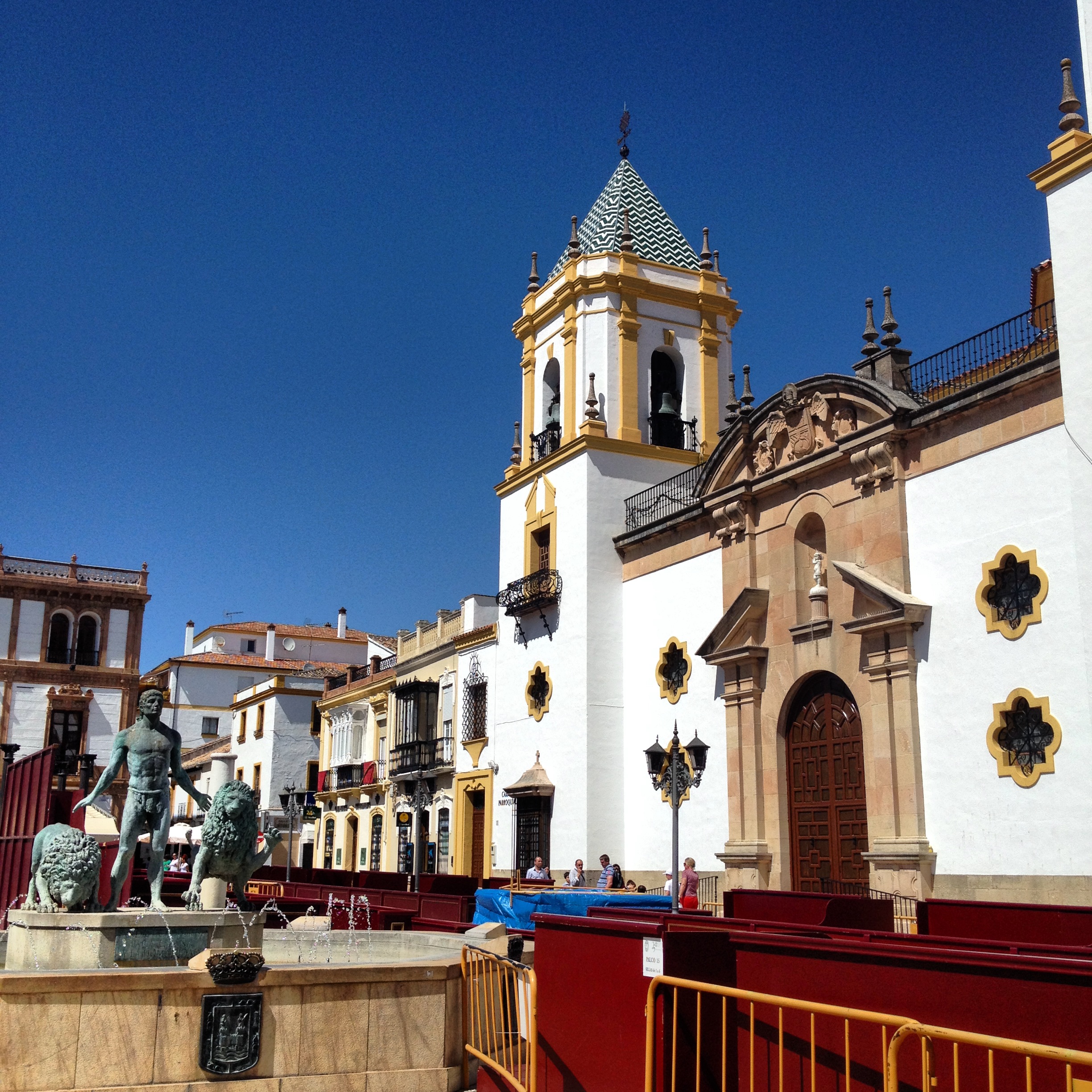 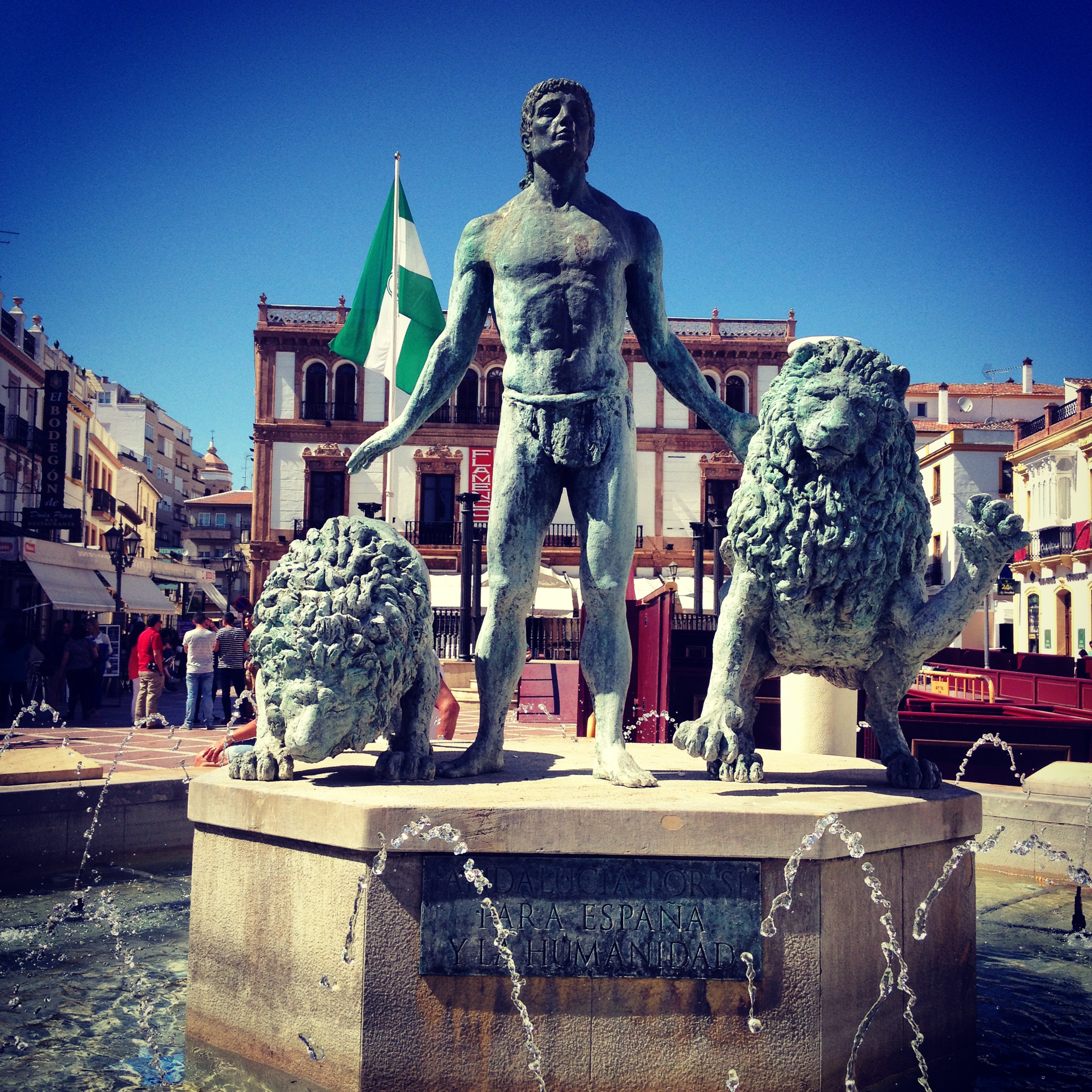 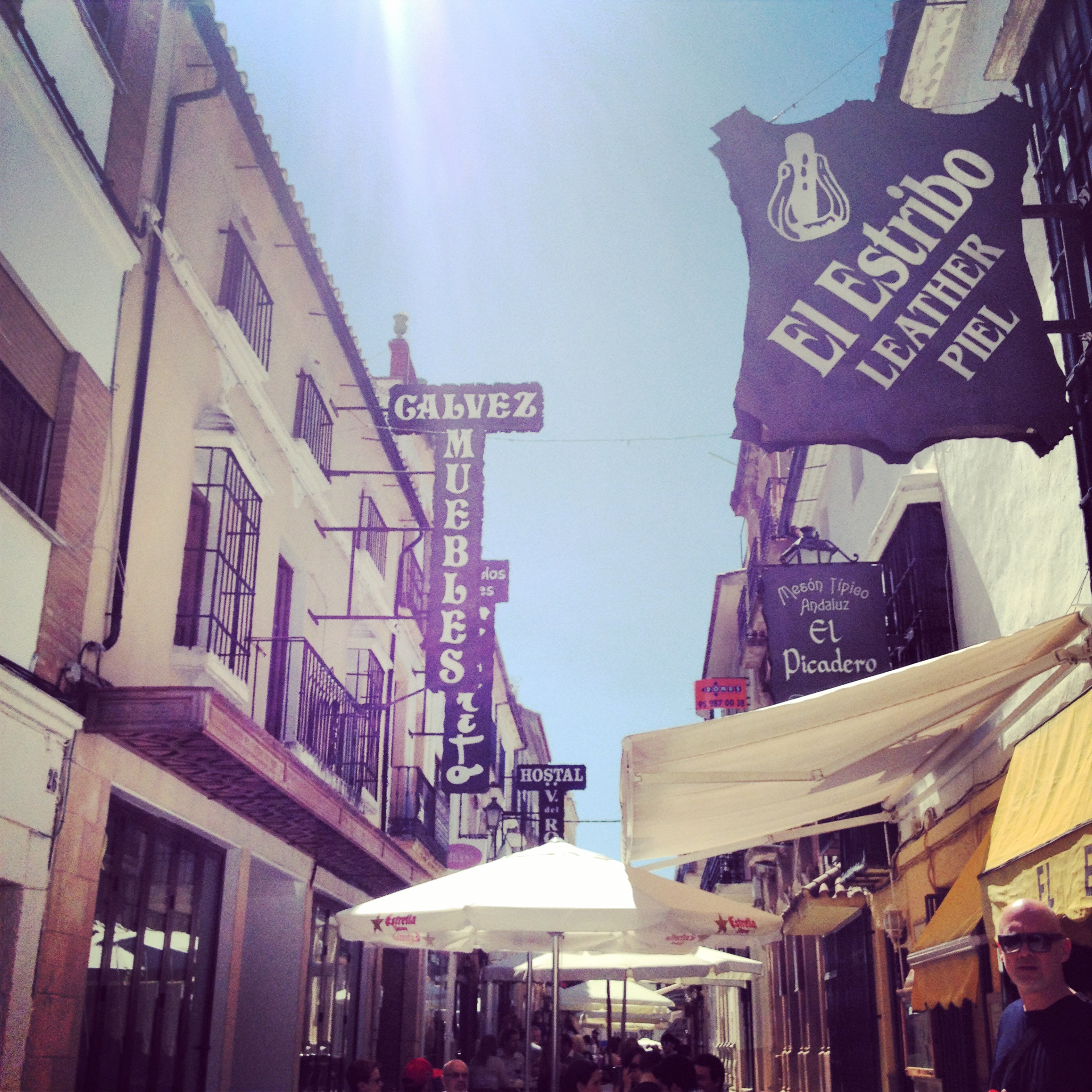 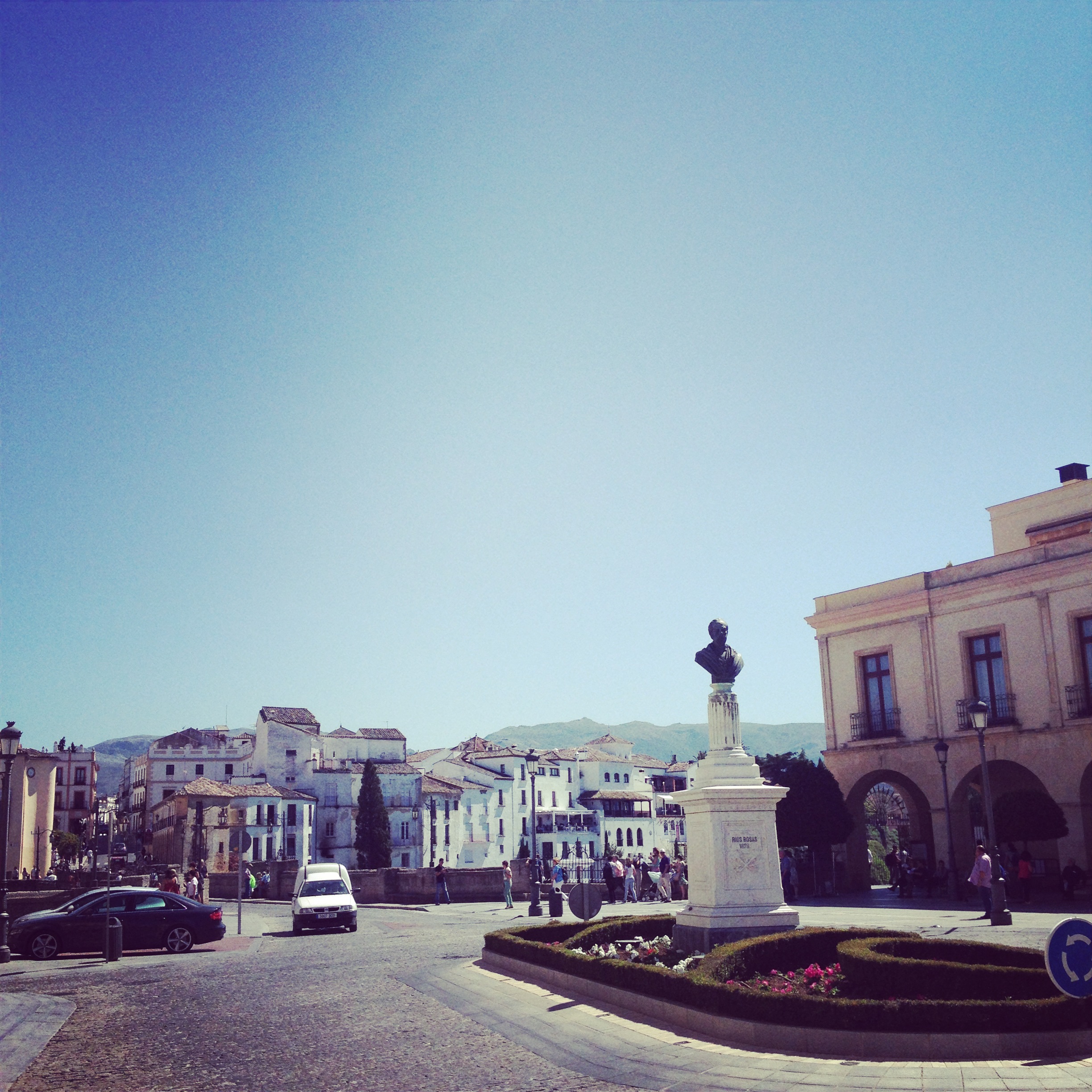 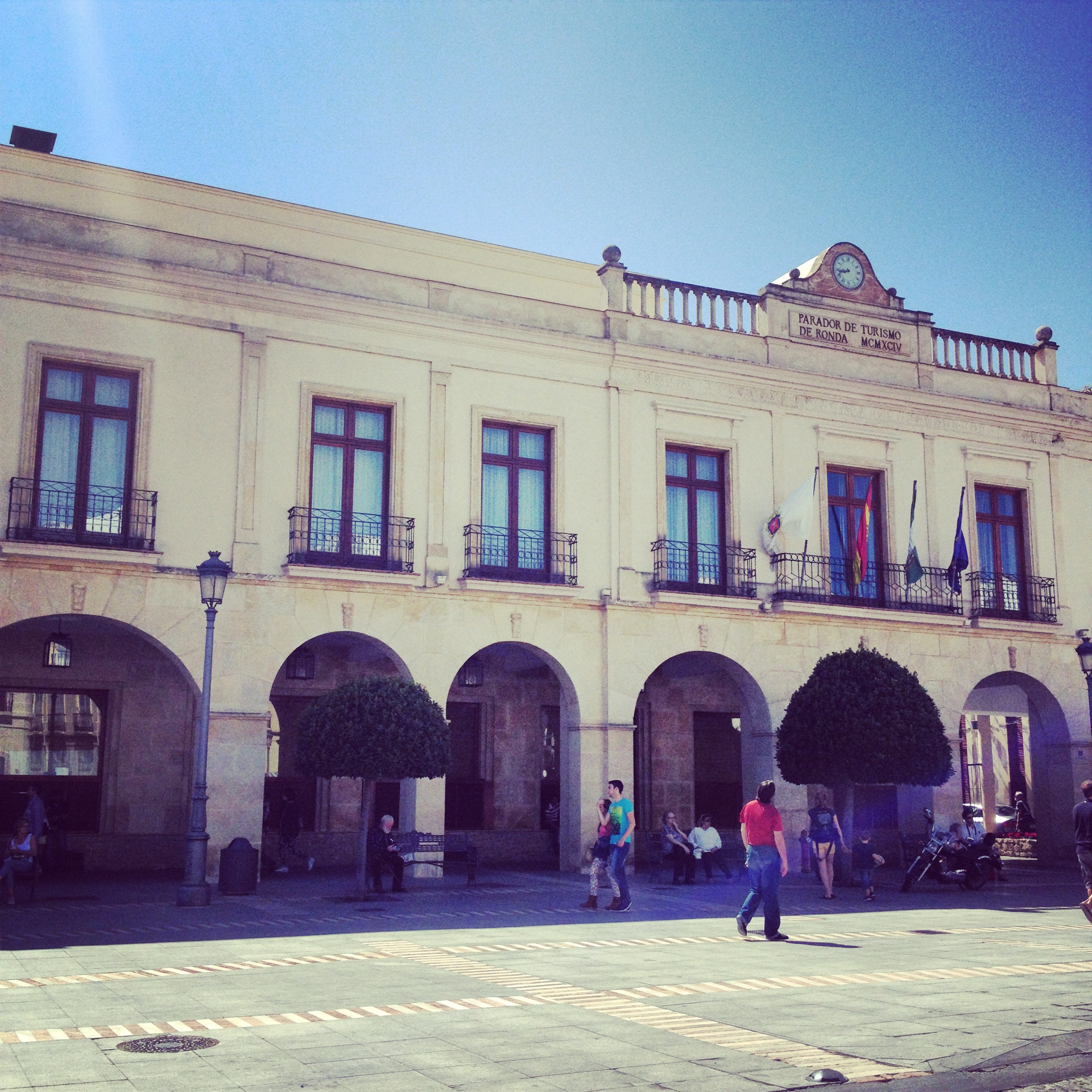 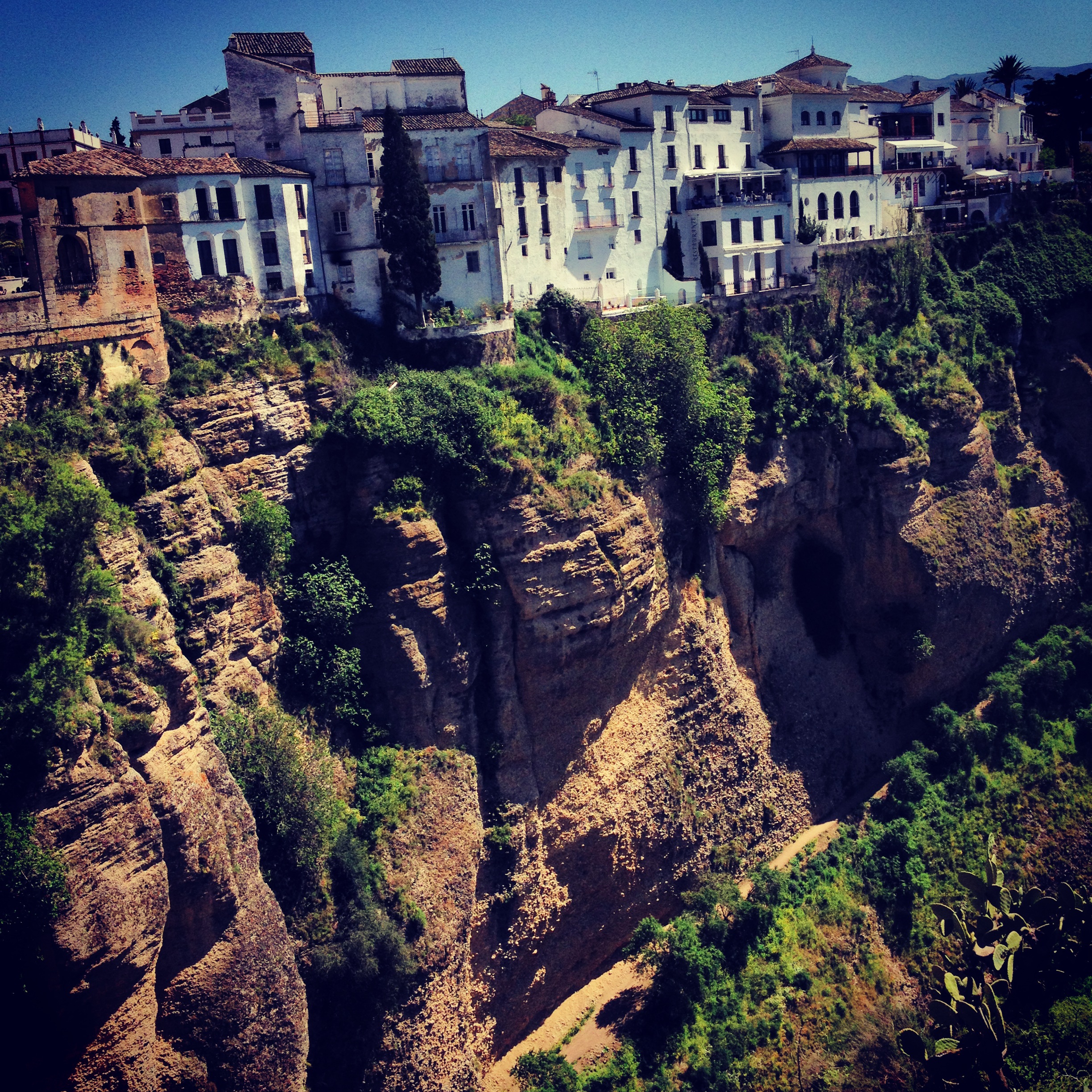 This area, an Andalusian Natural Monument, has two distinct sections. The first is the 500-metre long, 100 metre deep, gorge goes to the Guadalevín river. The other part is a large scarp that opens onto “La Caldera”, a circular hollow. It dates back 5,000 years, a seismic movement created two plateaus separated by the gorge, known as the Tajo de Ronda.

The Puente Nuevo connects two parts of the city known as El Mercadillo and La Ciudad (the old and new towns), which are otherwise separated by the El Tajo gorge. It’s dizzingly high, and if you suffer from a fear of heights, it may be an idea not to lean over the edge and look down… 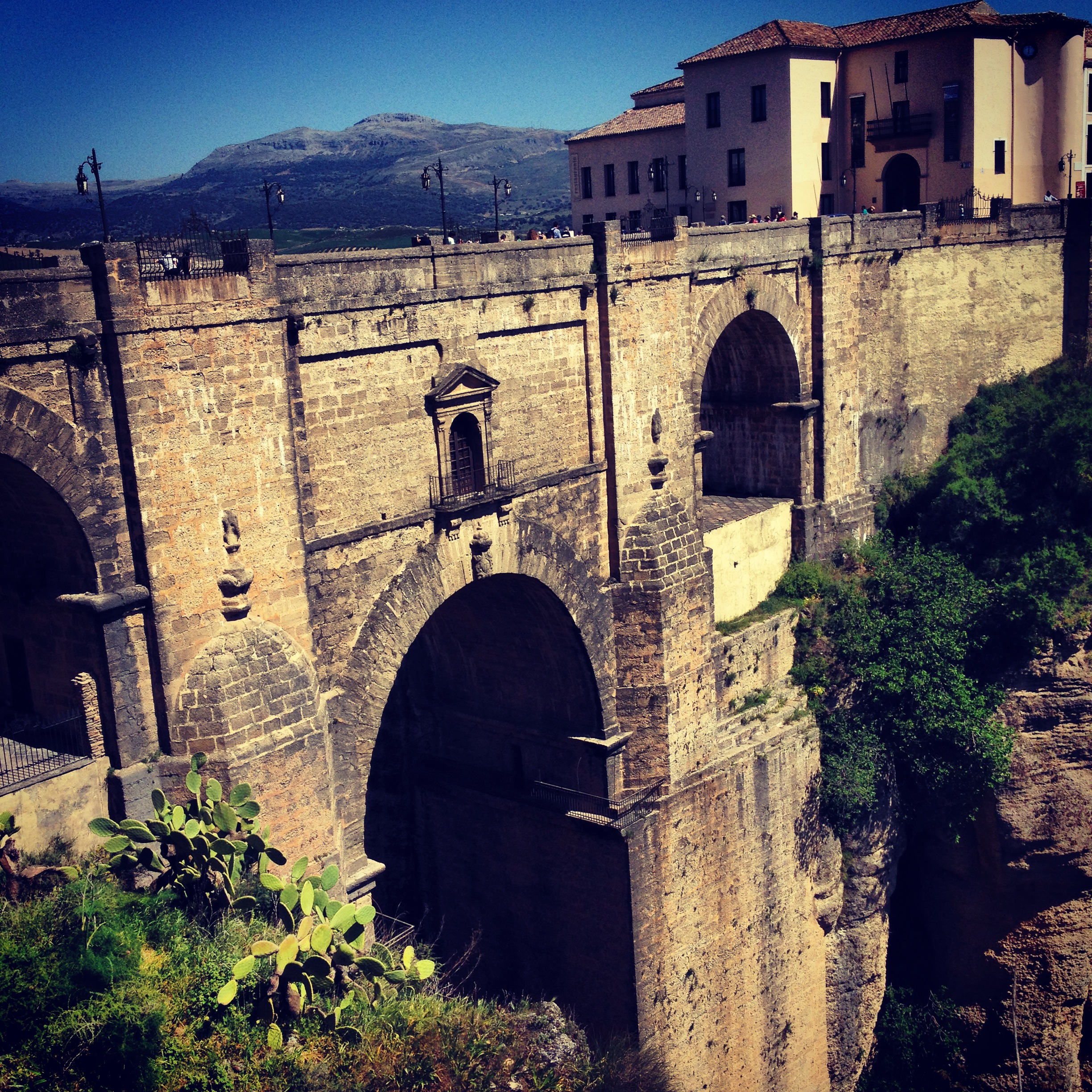 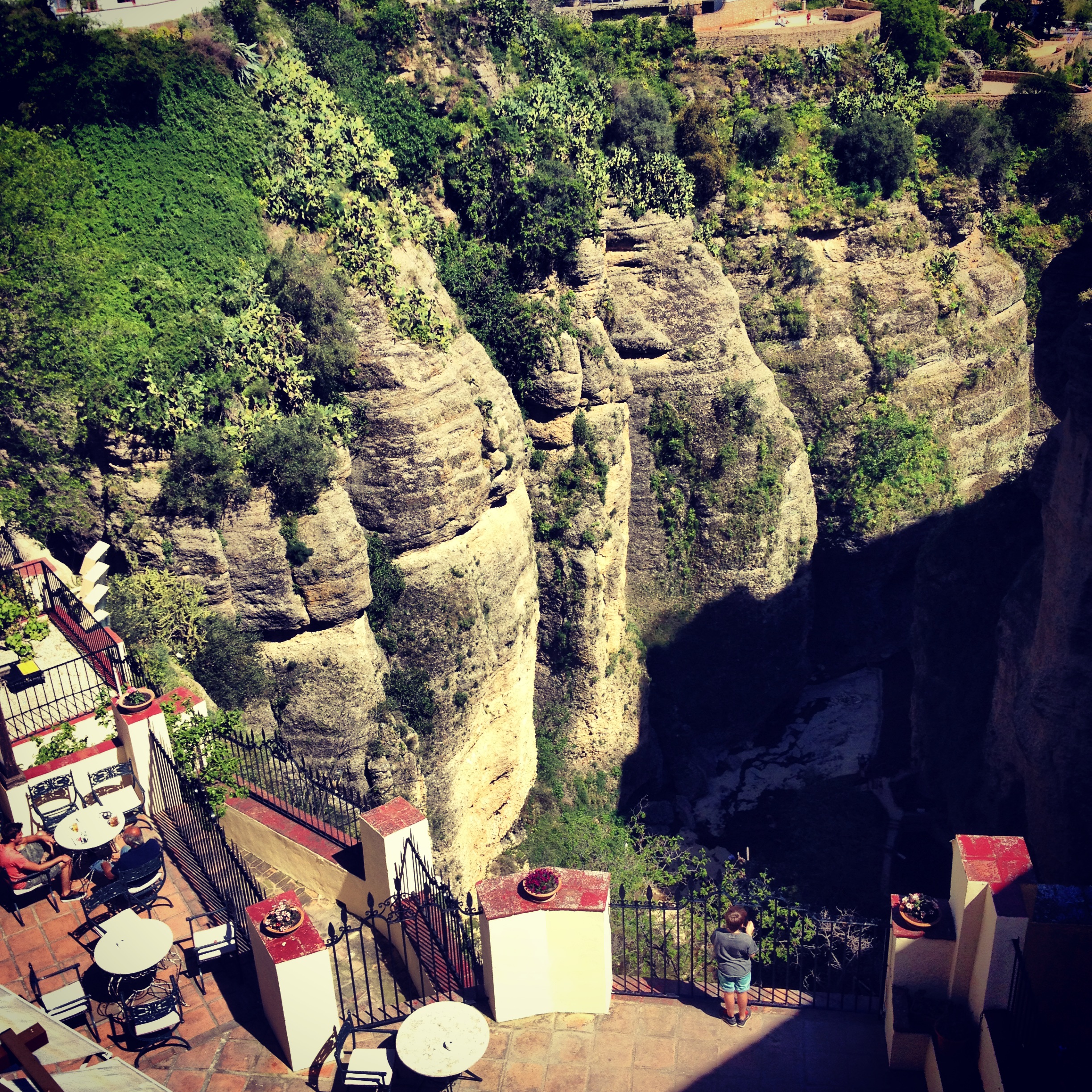 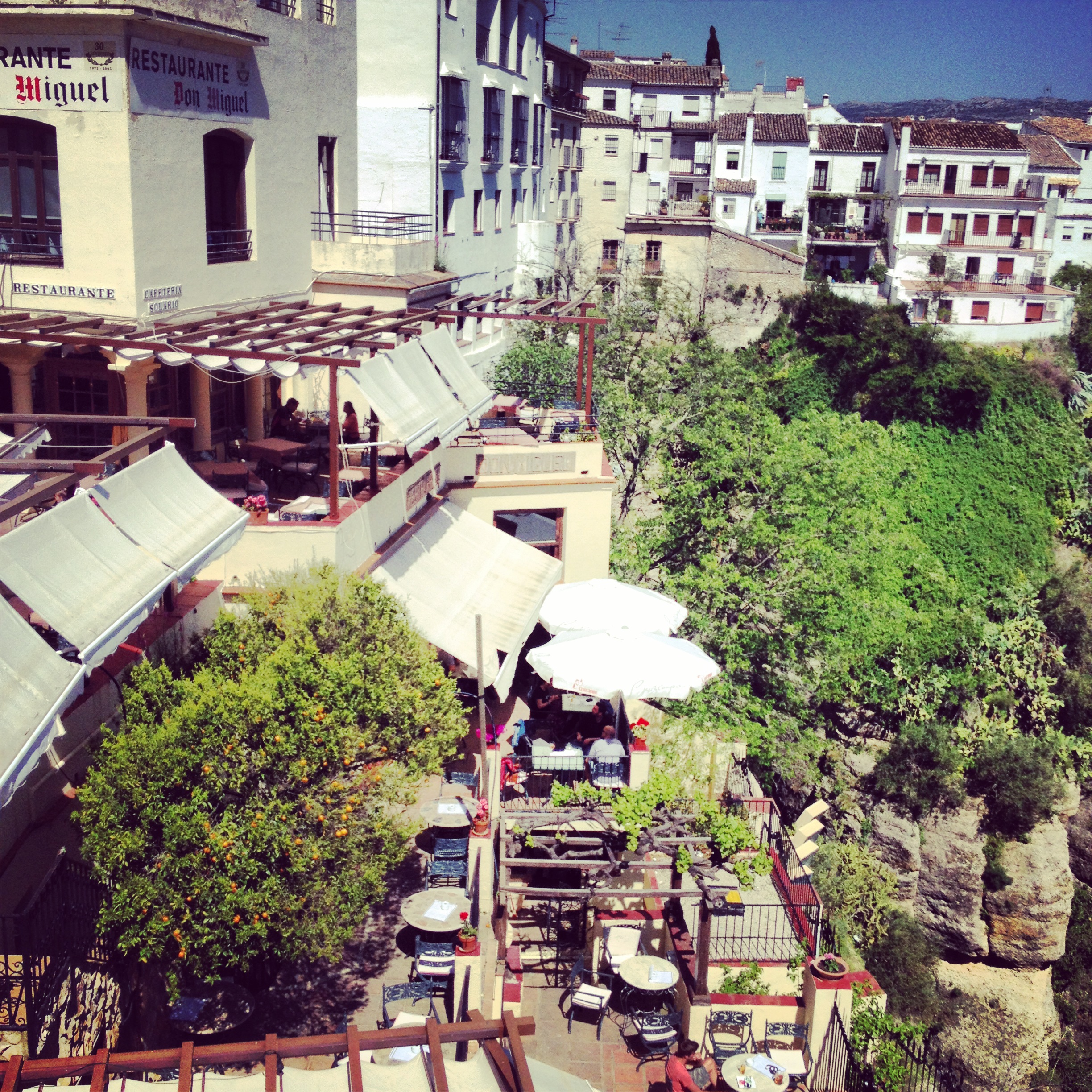 Had we not been determined to experience Semana Santa on Seville, I think we’d have made a booking for a couple of night’s accommodation, there and then, but the pull of the processions was just too great. So, Ronda is bookmarked for a return visit, and we’ll get to explore a whole lot more.