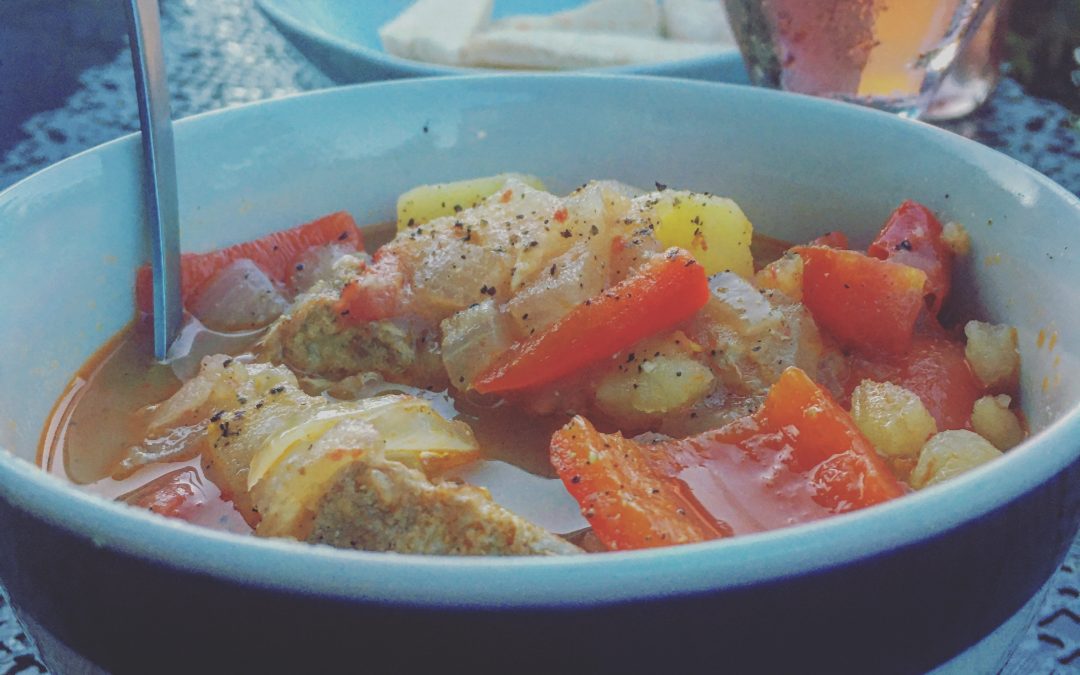 I have absolutely no idea if this dish has any Greek roots but it just reminds me of those oh-so-wholesome stewy-fish dishes that you often find in Greek tavernas. The ones located right next to the sea, with a bamboo awning, covering you from the hot sun as the water laps at your feet. The ones where the fish is so fresh, you’ve just watched it being caught.

Unfortunately, despite pretty close to the Adriatic now, we’re not good at fishing and so our tuna was of the frozen variety. But handily in cubes – so perfectly cut already for a stew or a skewer on the barbecue. I like nothing more than a good stew, where everything is tossed into one pot or pan and allowed to just bubble away and get on with things, and this is pretty much what this dish is. 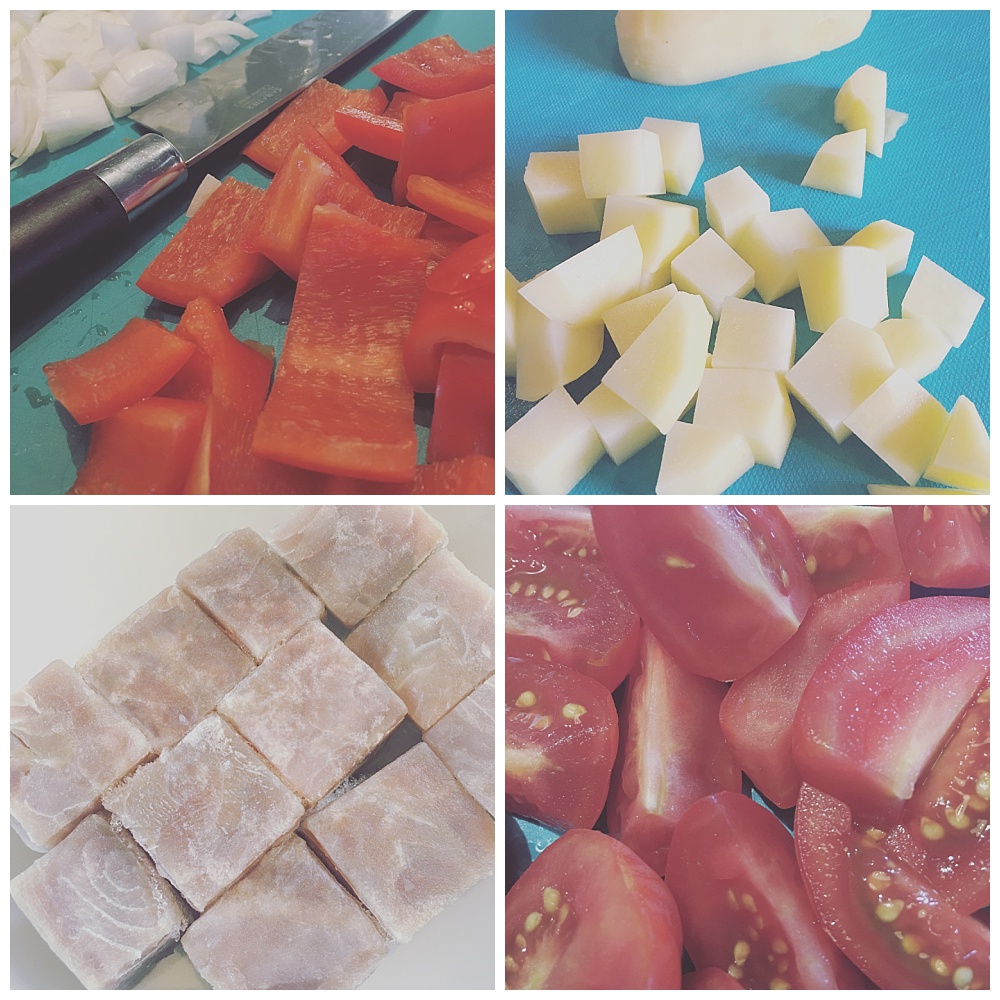 Serve with crusty bread or sourdough, or as we did, warm pitta breads. Summer in a bowl… 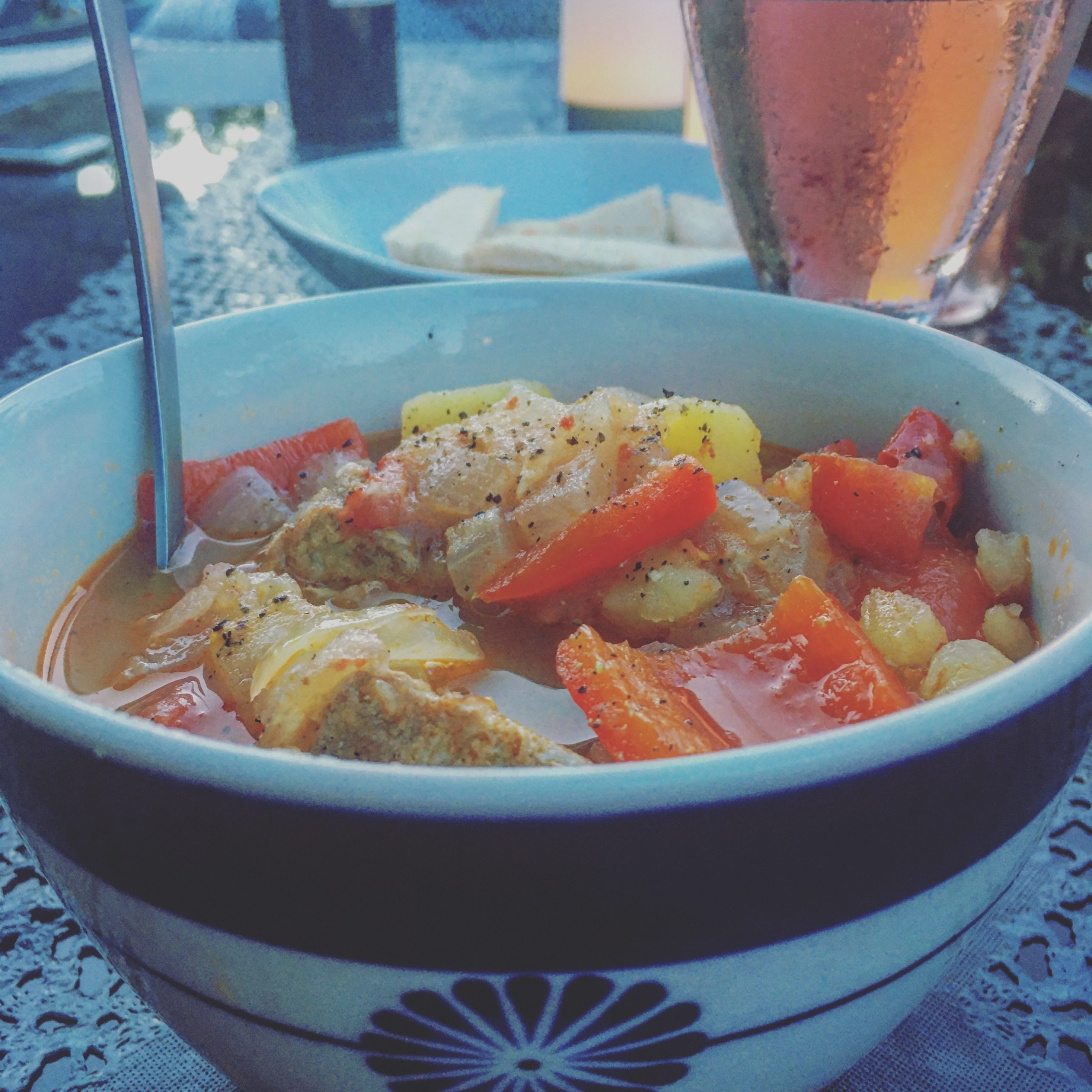