The Frescoes of Draguć, Istria

In northern Istria, is the small village of Draguć, somewhere I’d never heard of, let alone been to, until this summer. That’s the beauty of Istria. It’s a small peninsula and so I guess that once people who visit have been to the big-hitters – Rovinj, Porec, Pula, Motovun, Grožnjan, Rabac, Opatija – they might think they’ve “done” Istria. Not at all. The surface hasn’t even been scratched. There’s no denying the places mentioned above are stunning and all are well worth a visit, if not an extended stay. But sometimes, it’s the little towns and villages, high up in the hills, or tucked away on winding coastal roads, that are the real jewels in the crown.

In the summer we were driving back from the eastern coast towards Pazin, and saw in the distance, a village perched at the top of a hill. We see lots of these and you can’t stop at them all, but my eagle-eyed sister felt there was something a bit special about this one and so did a quick Google search – resulting in the car being turned around.

When we arrived, although it was the height of summer, it wasn’t thronged with tourists. A few people were wandering around, snapping away at the historic buildings, the Croatian cats curled up in planters, or stretched out on the cobbles, the painted shutters etc. All was quiet – and very, very beautiful. We’d read on Google about the House of Frescoes and were intrigued. Although it wasn’t quite what we’d imagined when we visited it – we thought it would literally be a house, full of frescoes – it was very informative and led to us stumbling upon something so spectacular that I still can’t believe we got up, so close and personal, to it.

The House of Frescoes was opened in the old school building in Draguć, a combined project of the Istrian Region, the Cerovlje Municipality, the Italian Veneto Region and the Croatian Ministry of Culture. They all recognized the importance of mural painting in Istria, a specific phenomenon of cultural heritage whose preservation and presentation requires significant effort and particular expertise. Although there is much more to the building, we were fascinated by the virtual tour of the churches in Istria, which were covered in ancient frescoes, quite a number being in the Draguć area. These churches, for obvious reasons, aren’t open to the general public as a matter of course, but you can have a guided tour, free of charge. Imagine that back in the UK – free of charge! And this was how we got to see inside the Church of St Roc, built at the beginning of the 16th century. 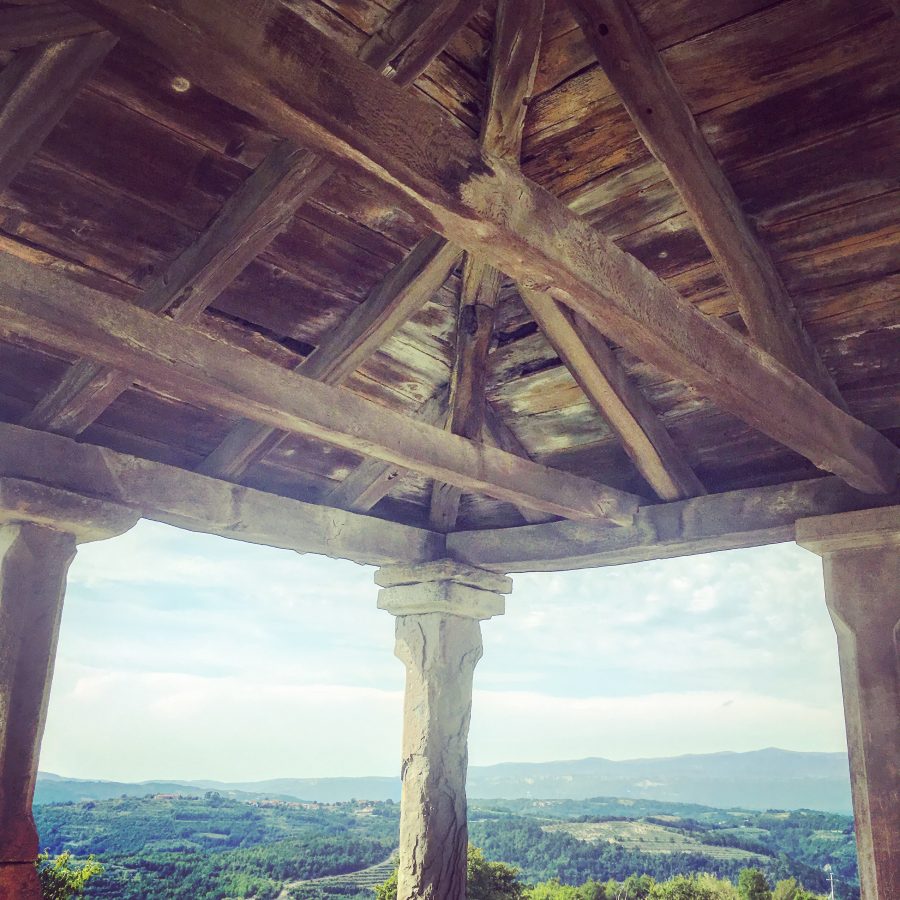 The interior is completely decorated with frescoes, painted between  1529 and 1537 by  a local painter, Anthony from Padova – not Padova in Italy but Kašćerga, a small village you can see from the church door if looking out across the lake. Before our guide arrived we could only peer at the frescoes through the bars on the windows – and this was awesome enough. Once inside, our minds were blown!

The church is tiny – another small group had joined us, and with twelve of us inside, it was quite packed. So, for somewhere so small, to be covered from floor to ceiling in frescoes, was something else… 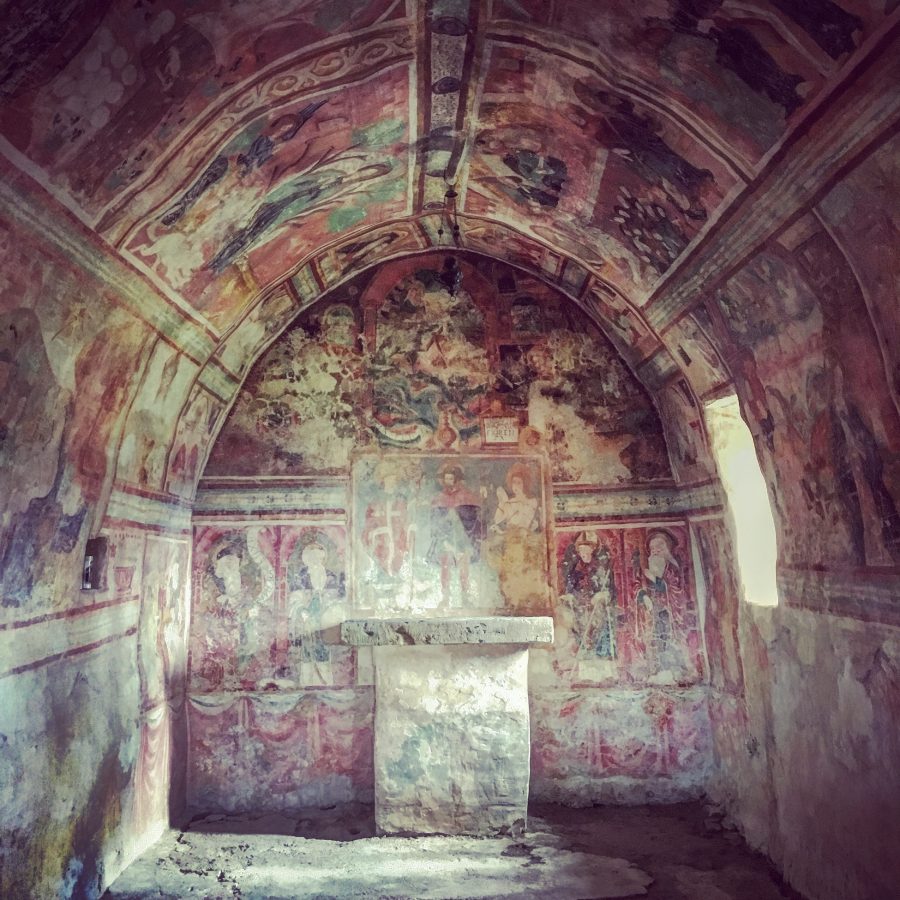 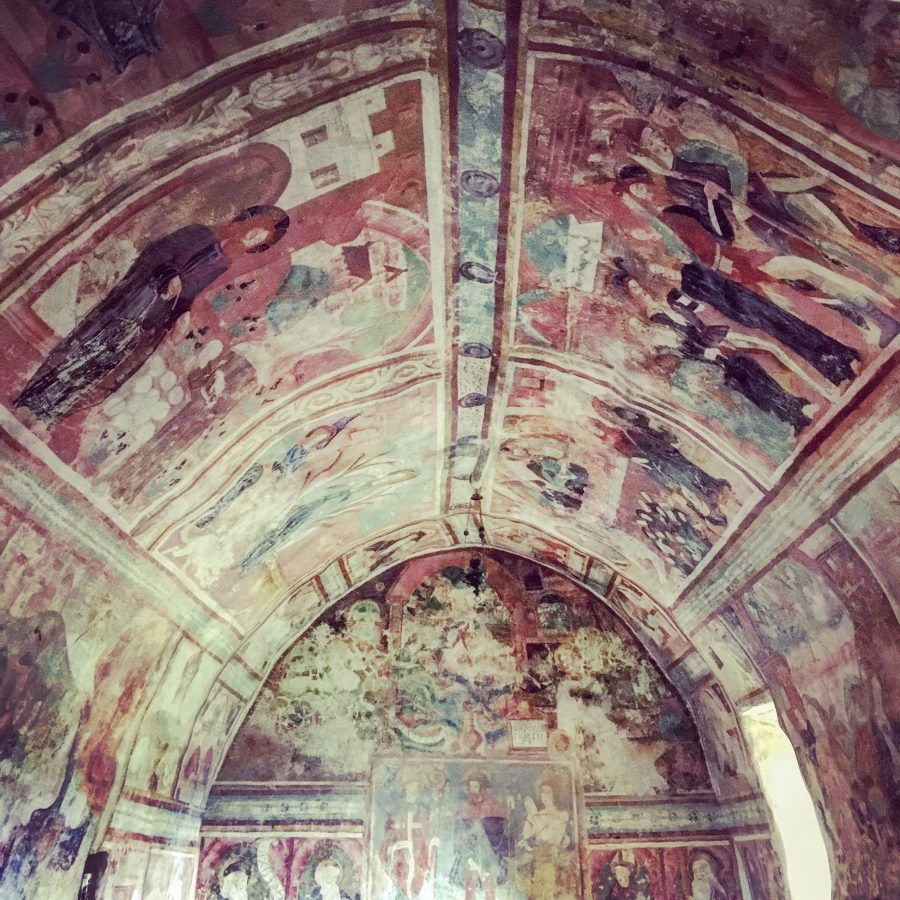 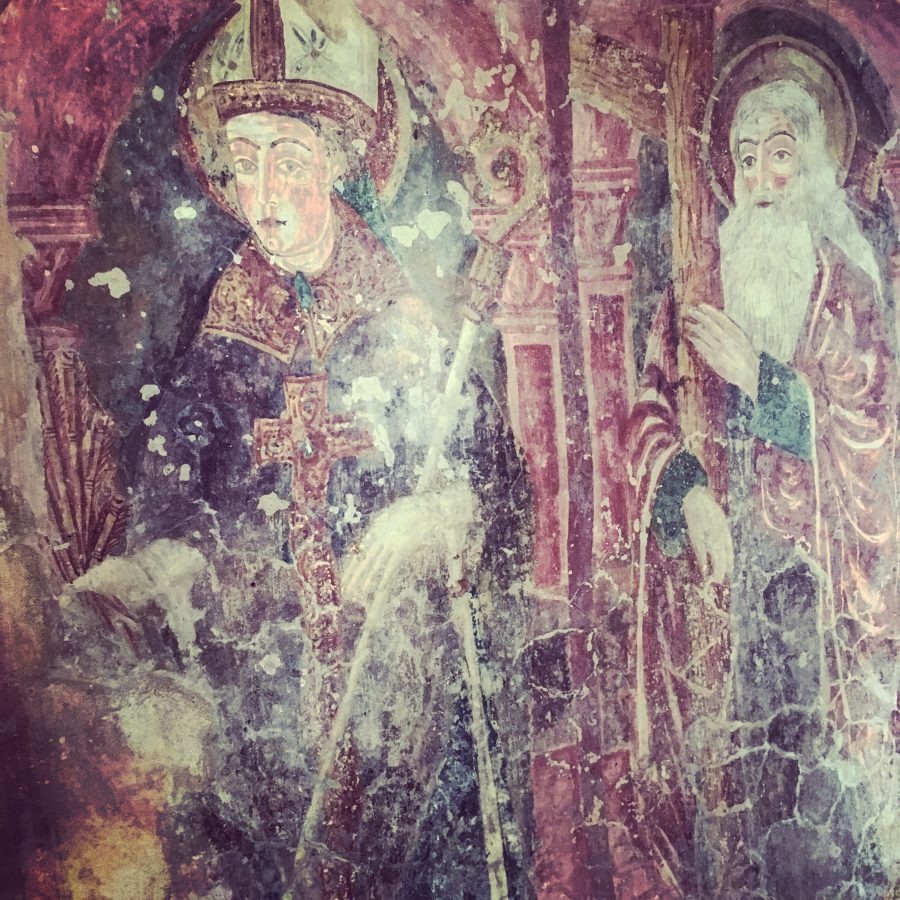 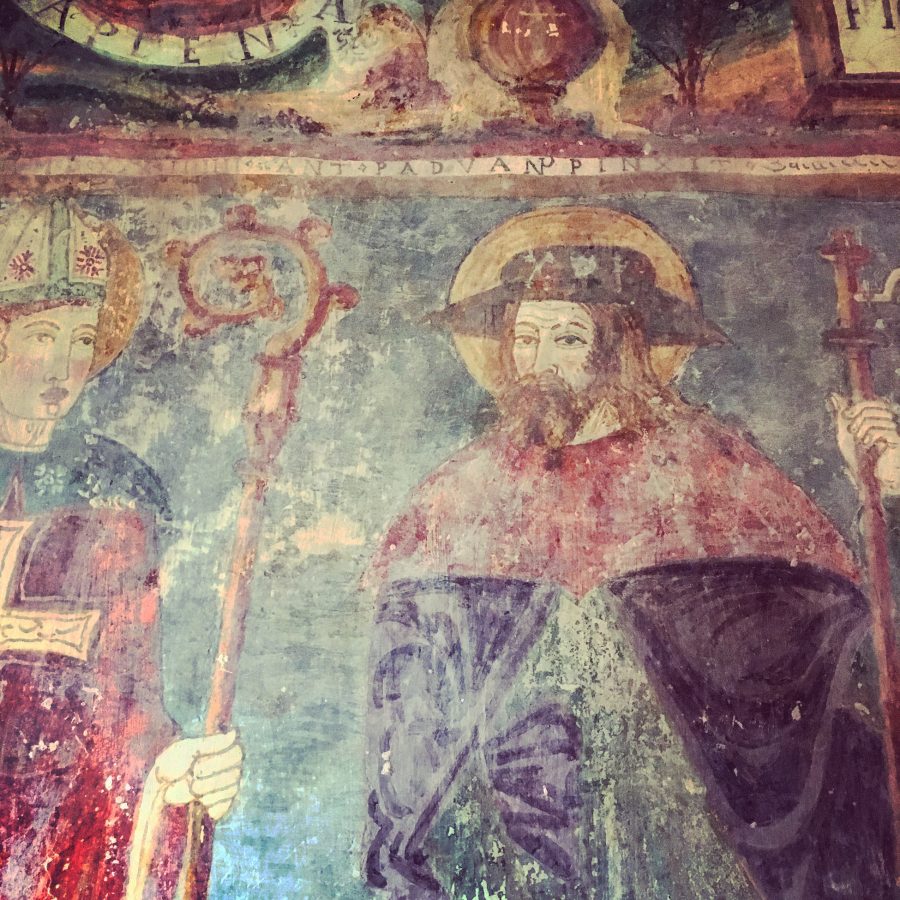 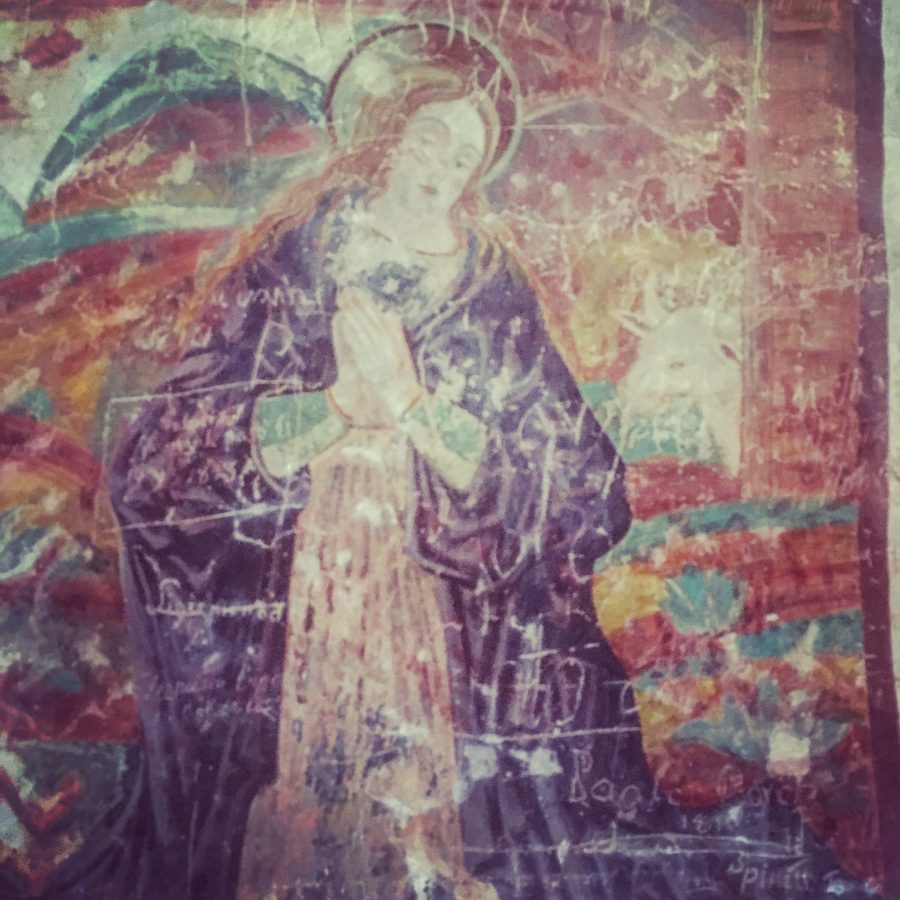 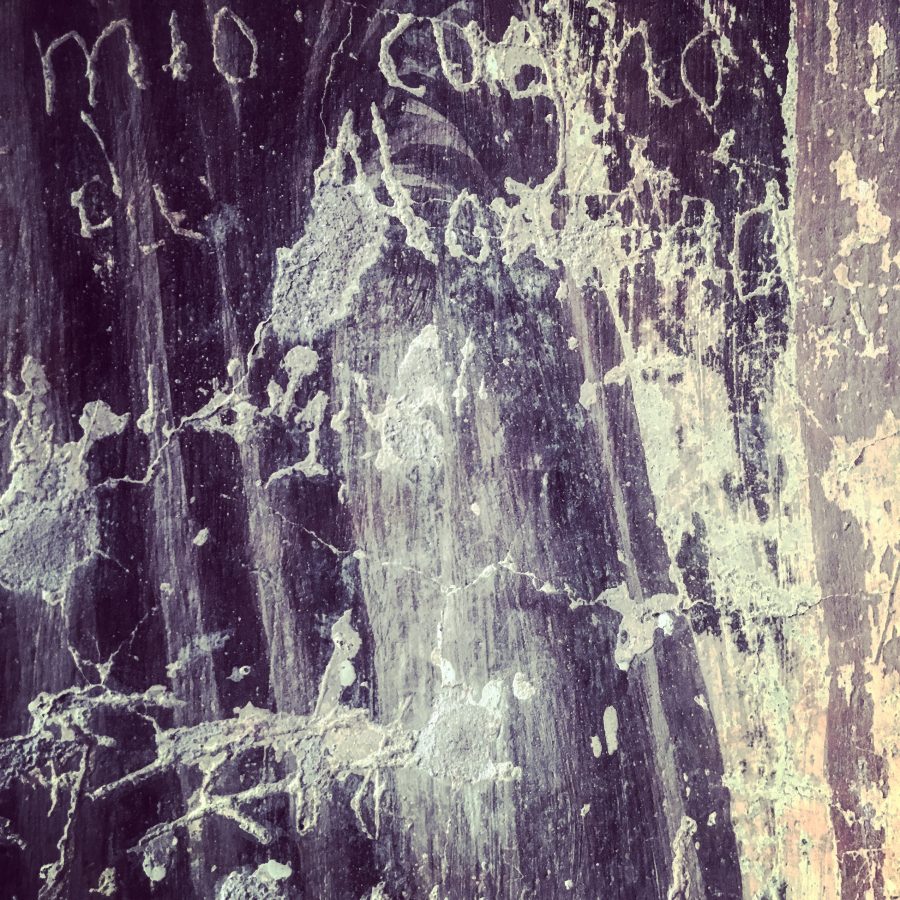 The fact that these ancient works of art are just there – no roping off, not behind glass, no photography restrictions, completely accessible to the public – is incredible. There is such a feeling of trust and a desire to share these masterpieces with people, and I think this instils in people a sense of responsibility and utmost respect.

This tiny church in a very small, hilltop village in the Istrian countryside could so easily be overlooked – so I guess the message is, get off the main roads and explore. Take those roads which look as if they might up in someone’s farmyard. They often do, but just as often, they end up somewhere like Draguć.

This village is less than 30kms from our village, and there are many, many more like it, all waiting to be discovered. If you have a sense of adventure and want a life more peaceful, but still withing striking distance of every amenity you could ever need, as well as two international borders in less than 40 minutes – Slovenia and Italy – have a look at this website. As we’re hoping to sell our beautiful home, so that we can begin on our next renovation project, not too far away. In fact, if you bought this house, we could be neighbours…

← The Well Room... The Start of Autumn in Istria →