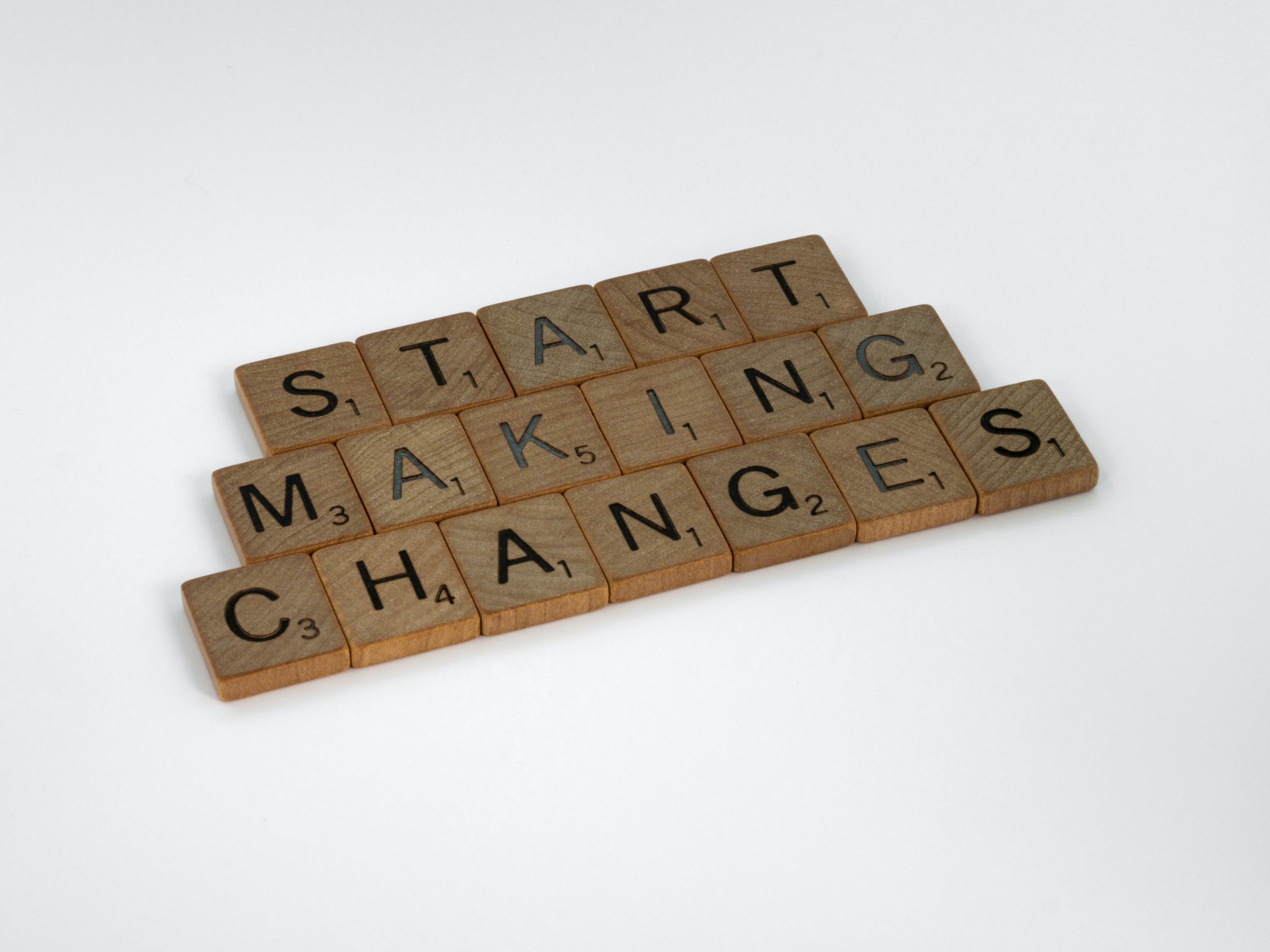 Over the summer, when we were averaging two or three house viewings a week and had some very serious interest in the house, if someone had told me that by October, we’d have taken it off the market, given up on The Printworks (and in the process, lost a lot of money) and be embarking on a whole new plan, I’d have thought they were crazy. Especially when we had accepted a firm offer and contracts were drawn up. But, things take turns you don’t expect – which at the time, seem just so awful, but often turn out to be the right thing.

So, two months on, we feel very differently. We could have stayed angry and upset and all “woe is us” – but what’s the point? We’d just have got more and more miserable and more entrenched in living in a house we no longer wanted to be in. Instead, we decided to own the situation. That woman from Germany, who pulled out, was not going to dictate our lives. She was going to have no further impact on us. A final email, articulating all of my thoughts, very politely, was sent, with the request that she never contact me again. That chapter is now closed and another has opened.

We’ve decided that we are going address the main issue which seemed to come up with viewers – namely, that they often weren’t sure where our boundaries where. Despite being demarcated by conifer trees at the rear of the house and the the front, big wooden planters. Supported by official documentation. But, I suppose some people just need a great big, thumping wall right in front of their eyes to believe what we tell them. So, walls will be built, but that’s a future blog. This one is about starting to document the small steps we are taking, which will hopefully get us right back on track and in the positive frame of mind to get the house back on the market, next year. 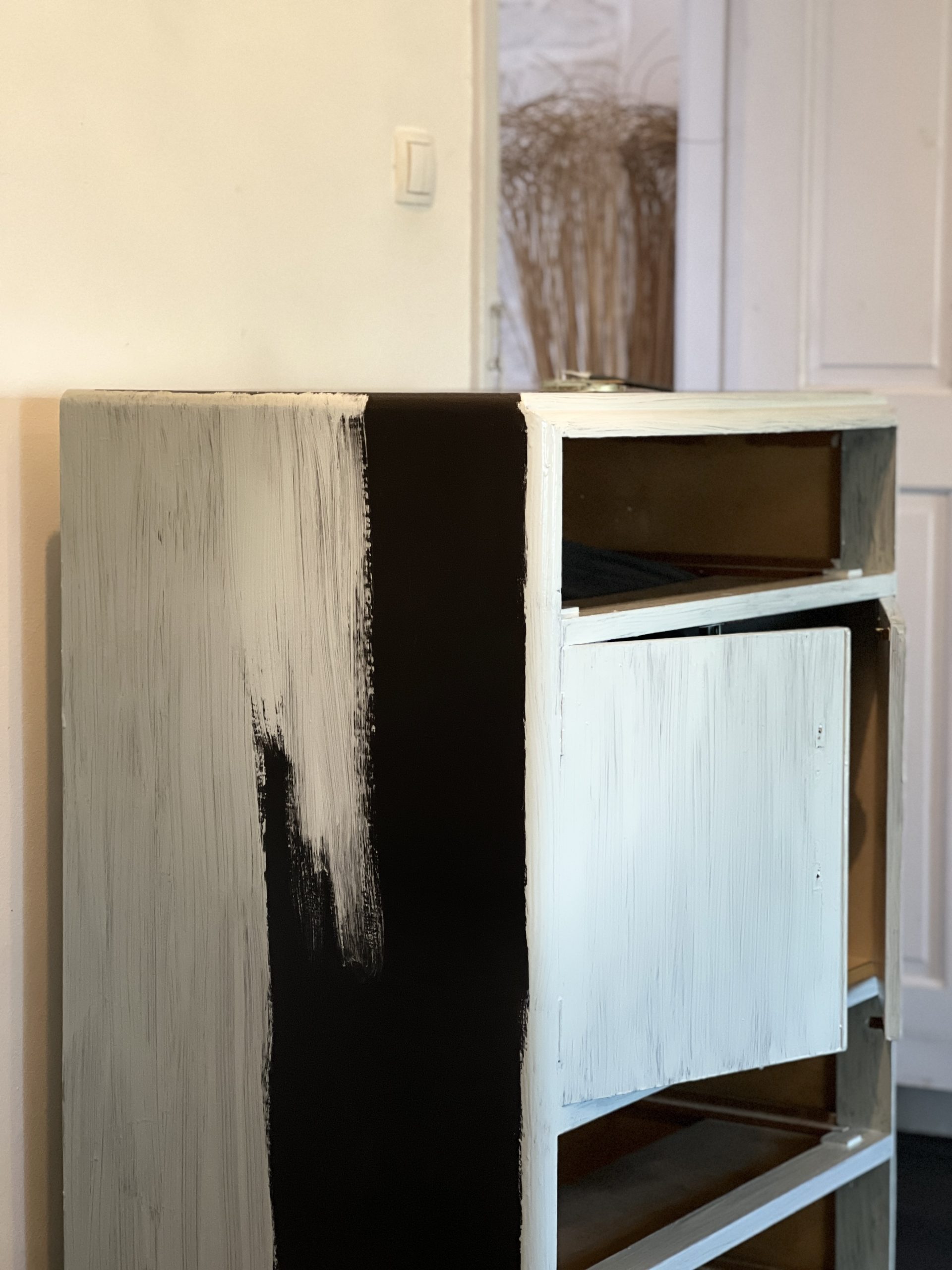 This cabinet goes back quite a way, with us – and probably a bit further back. When we lived in West Didsbury, our house was behind a beautiful interiors shop. called David Gavin Design and the owner sourced furniture. This piece, for whatever reason, didn’t make the cut, and it was put outside his shop, with a Free to A Good Home sign. I was lucky enough to be walking past and offered that good home, to take it off his hands. It wasn’t the prettiest – a kind of varnished brown veneer and plastic handles – but I figured we could do something with it. And, after sanding it back to the original wood, it has gone through a number of transformations and has moved from West Didsbury across to Istria. Quite the life, for something which was consigned, potentially, to the tip.

As well as moving to Istria, it’s also moved around our house. It’s been in the living room, the Well room, all of the bedrooms and last place being the upstairs landing outside outside our bedroom door. But it’s never felt quite right, anywhere. And, the deep navy paint never took to it, as I imagined it would, so it was on the list for finally tipping. Until I remembered that we still had some duck egg blue chalkpaint, which we’d used on the other bedroom furniture, and it was given a reprieve over the weekend. The plastic handles had been replaced long ago by silver handles from IKEA, so these were sprayed matt gold, to match the handles on the wardrobe and other cabinet. 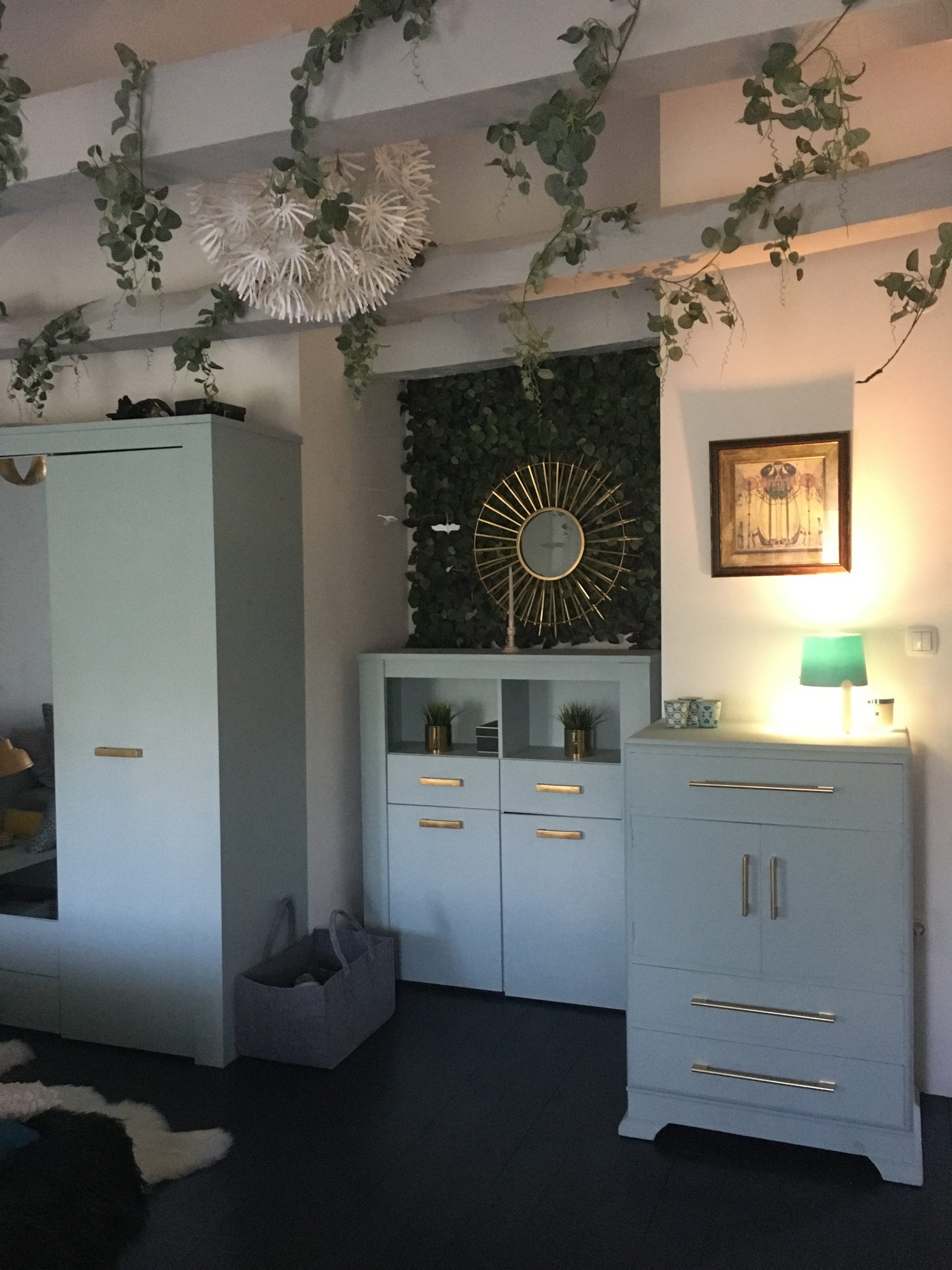 OK, so it doesn’t completely match the rest of the furniture, but it does in terms of colour. It also provides us with more storage, especially as I took the opportunity to bin most of the contents. Much of which had been inside since we unpacked in 2017 and never used. So, definitely not needed! The main bedroom is also large, so a bit more co-ordinated furniture is always welcome. 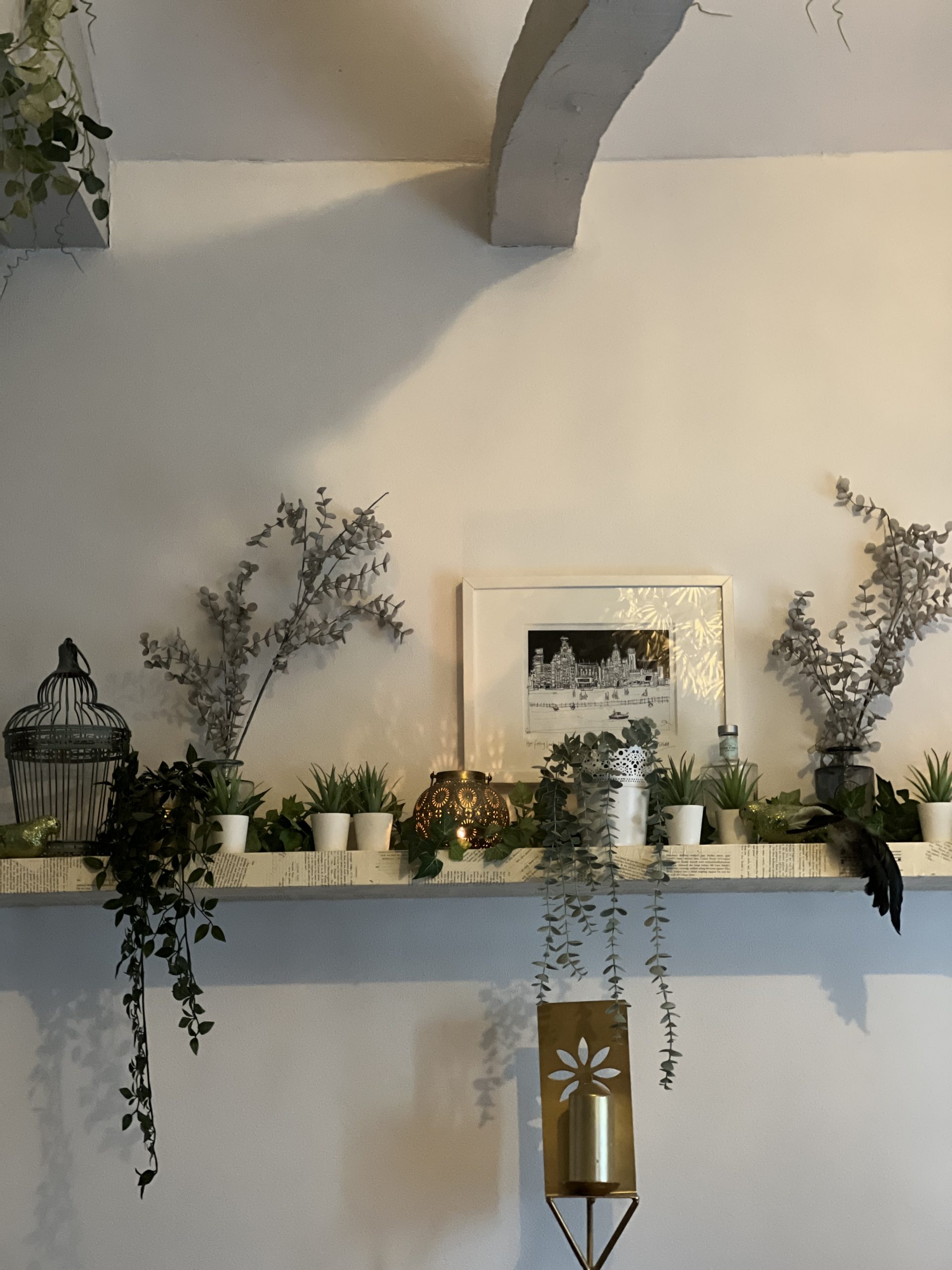 There’s also a long IKEA floating shelf, which I’d previously covered with the pages of a book (“Ulysses” – totally unread! – if you’re interested), which had been above the bed. But since the bed was moved to the other side of the room, it just kind of, well – floated. It was going to be taken down, until I decided to cosy it up, with faux plants and foliage and tealight holders. Much better than taking it down, filling the holes, repainting and storing the shelf. Proper cosy, as us Mancs say… 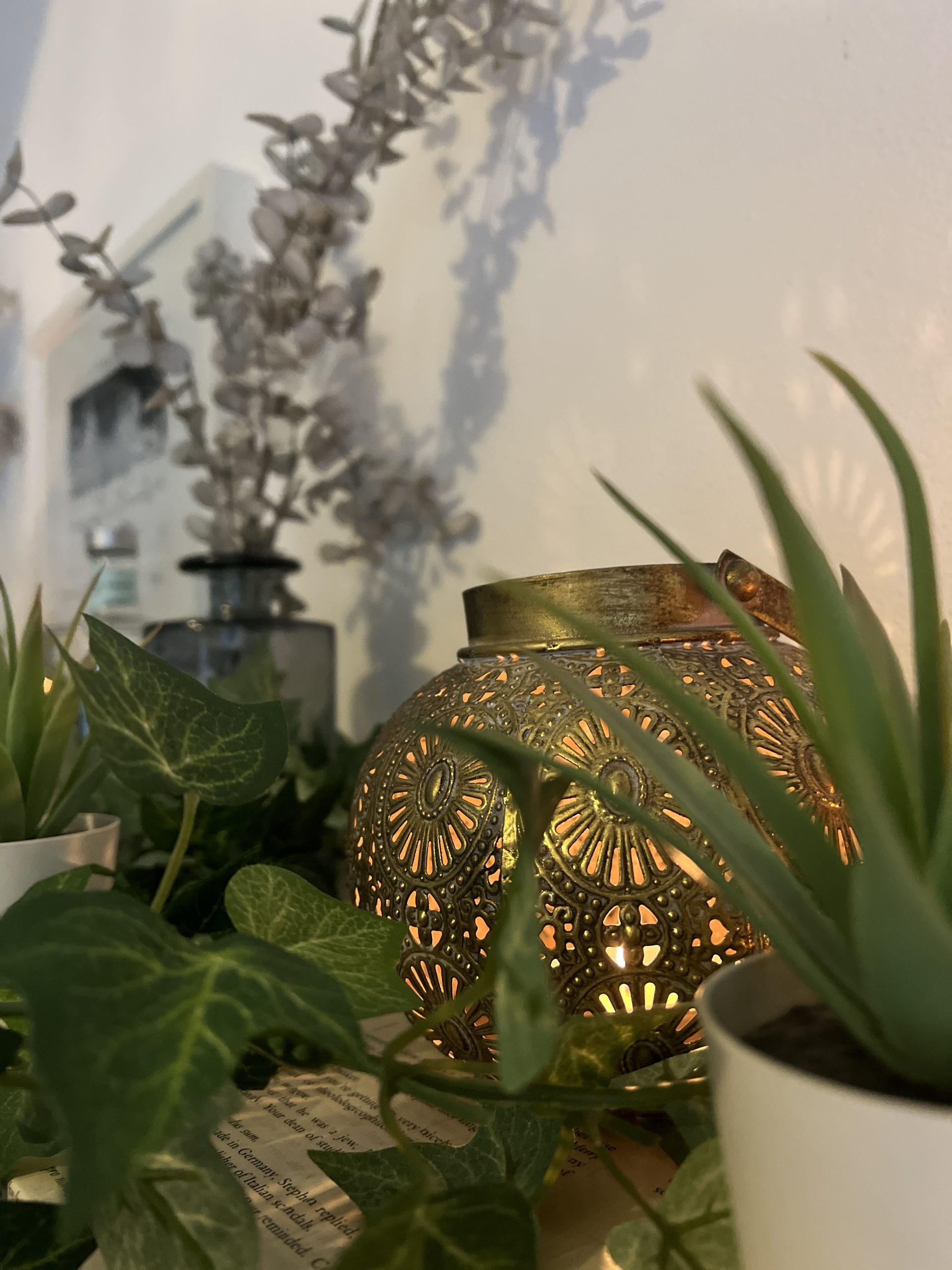 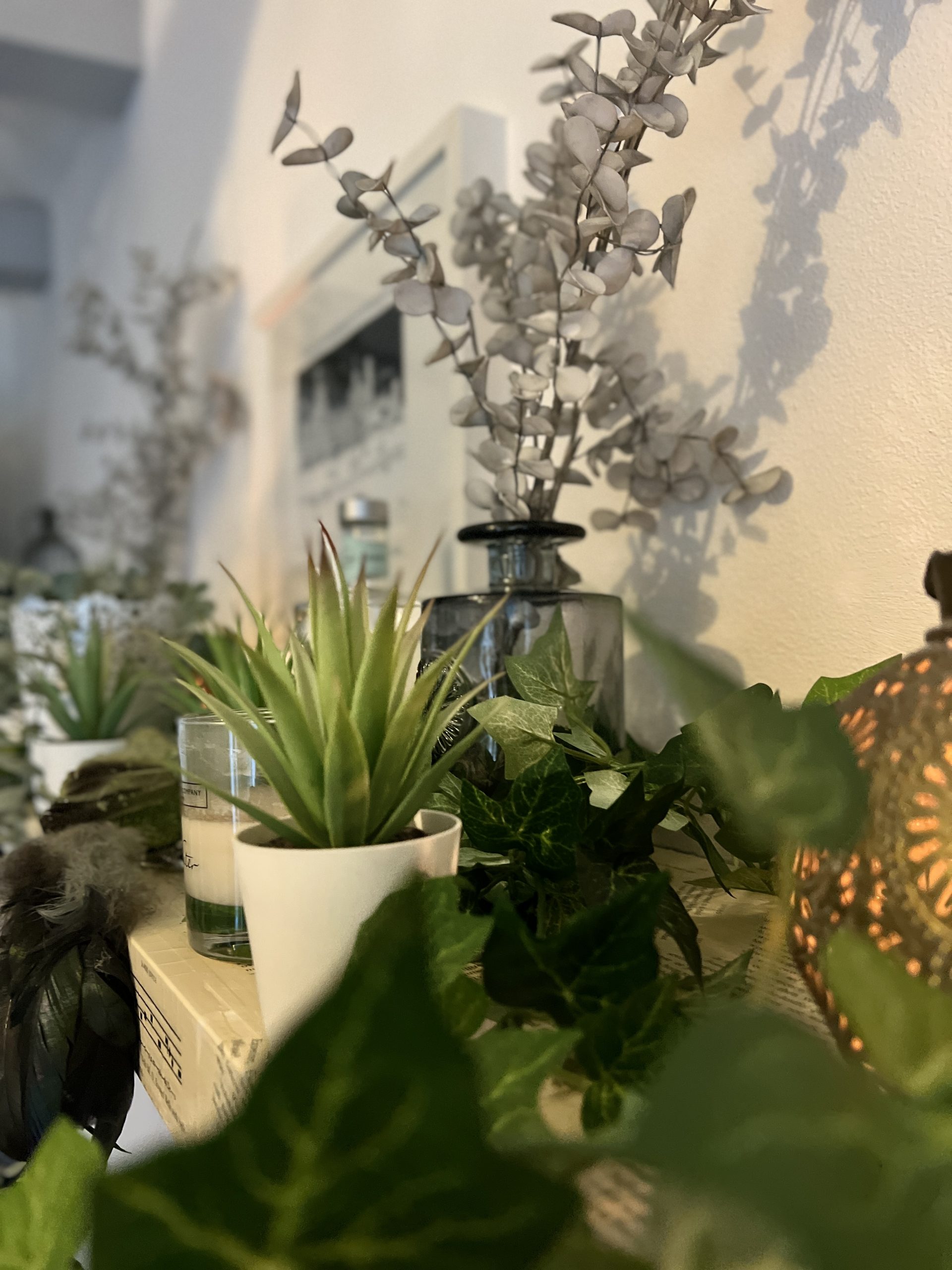 So, whilst what we did at the weekend certainly isn’t renovation, it gave us a massive lift, in terms of the house. It’s fair to say we’d fallen a bit out of love with the house, which is ridiculous as, even though we say it ourselves, it is gorgeous and we have achieved so much. But, with small steps, we’re getting back on the horse, loving the house and gearing ourselves up for some BIG renovation work. Just need to find a team of builders now…