Not too far from our house, but a little off the beaten track, along a country road, through beautiful scenery, to the end of the village of Medici, is the last of the closest restaurants to us, which we’re ashamed to say we only investigated recently. We’ve always known about Medica, as it is signposted form the road, and we’ve read fantastic reviews, but we always found a reason to go somewhere else. So, on a very hot, sunny, May weekend afternoon, we decided to put this right and make a visit. 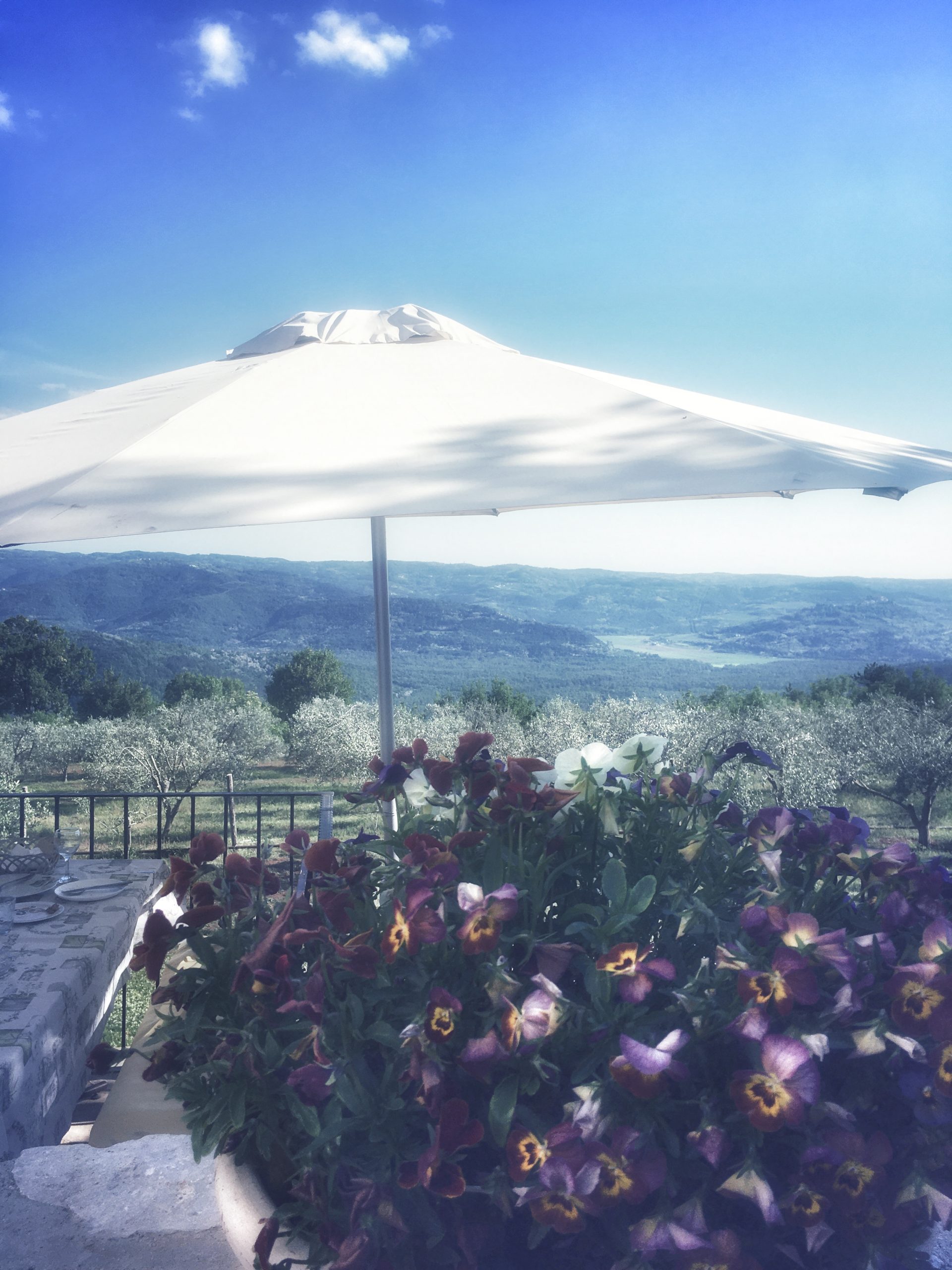 You wouldn’t get here without transport, and as there is no public transport in these parts to speak of, you would need a car. Or a friendly driver who didn’t mind taking a hit on the vino. It’s pretty isolated, being right at the end of the track, but with views like these, across the Mirna Valley, who cares? Motovun can be seen, on top of the hill, on the right of the photo, and just out of view, Oprtalj. Breath-taking.

The car par was full when we arrived and there was only one table available outside on the terrace, so we were lucky we arrived when we did. I think all of the cars, apart from ours, had Italian licence registration plates. Conversations all around us were conducted in Italian and the owners spoke only in Italian. Unsurprising that our part of Istria is often compared to Tuscany or Umbria.

The set-up is as simple as can be. On ordering our drinks, we were given a choice – vino rosso or vino bianco. No wine list. But we knew that the wine would be good – restaurants around here, which produce their own wine, have to make sure it’s good, otherwise people will just go elsewhere. After all, we’re not short of options. Mezzo litro di vino bianco ordered and we were onto the food. Again, a very limited menu, but this time there was a menu… 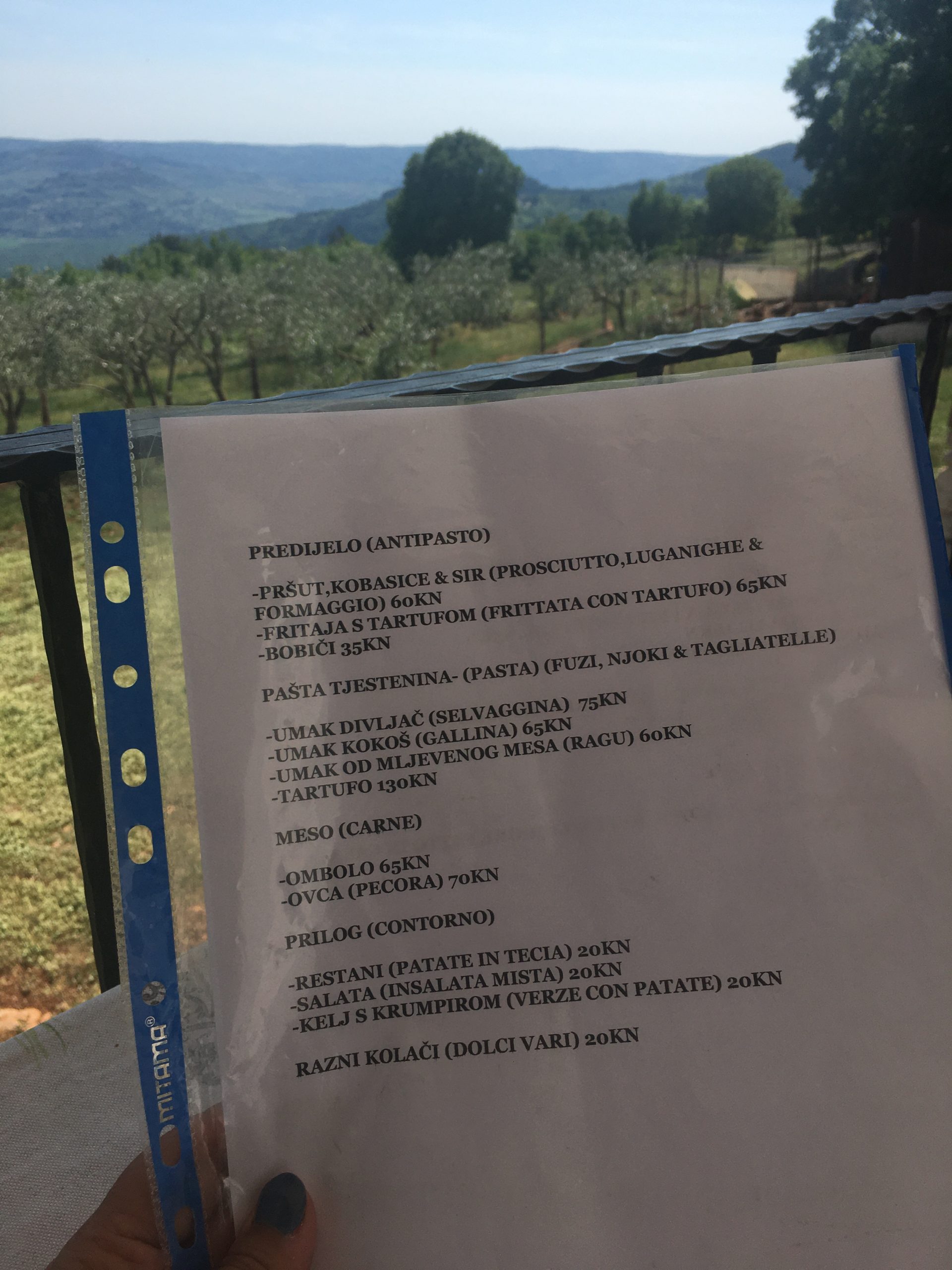 No fuss. No frills. A sheet of A4 inside a plastic wallet – very handy as menus will change according what is available, although I would be urging that they lose the caps lock! Because we were eating later in the evening, and had only really come to check it out, we opted for sharing portions, rather than main meals.

Homemade bread – warm and fresh – was the perfect accompaniment to a plate of Istrian cheese, which had a parmesan texture and taste, and olives. The frittata con tartufo was perfect – clearly made with the freshest of eggs, and resembling more scrambled eggs than a traditional omelette style frittata – and laced through with truffle cream and topped with truffle shavings. A portion of patate in tecia was ordered as we are on a mission to try this dish whenever it appears on the menu, as it’s gorgeous. It’s a mashed potato dish, cooked in a tecia, a flat cast iron pan, sometimes like hash browns, or sometimes, like the one served in Medica, like bubble & squeak, with its browned top and bottom. I think we can safely that probably everything we ate and drank came from with 50 metres of our table, as the agroturizam is also a small holding, with olive groves, sheep, goats, hens, rabbits, cattle and a couple of pot-bellied pigs, as well as donkeys and ponies and a variety of birds. Which I think were to add to the small zoo feeling, rather than menu items. Although I couldn’t say for absolute certainty… 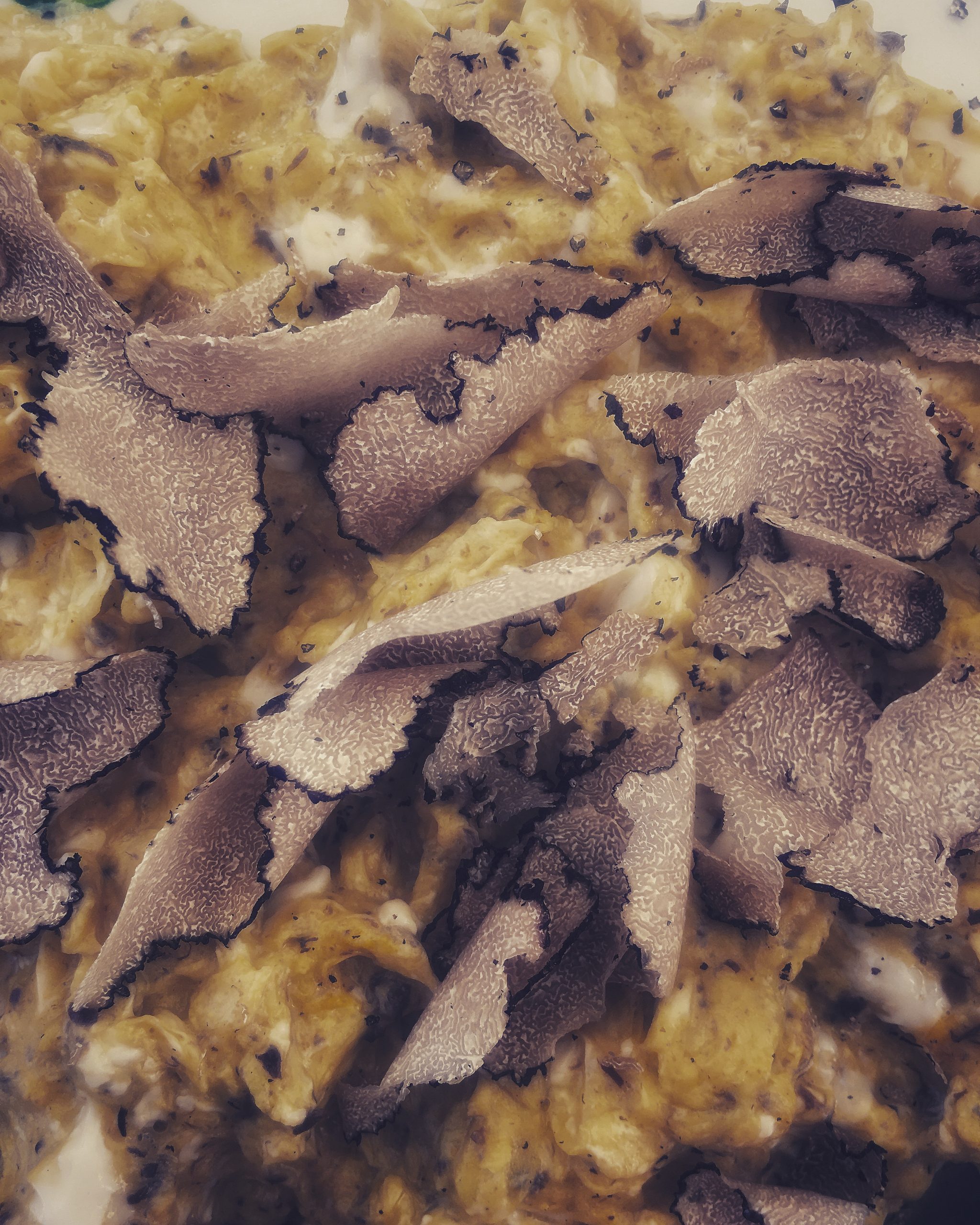 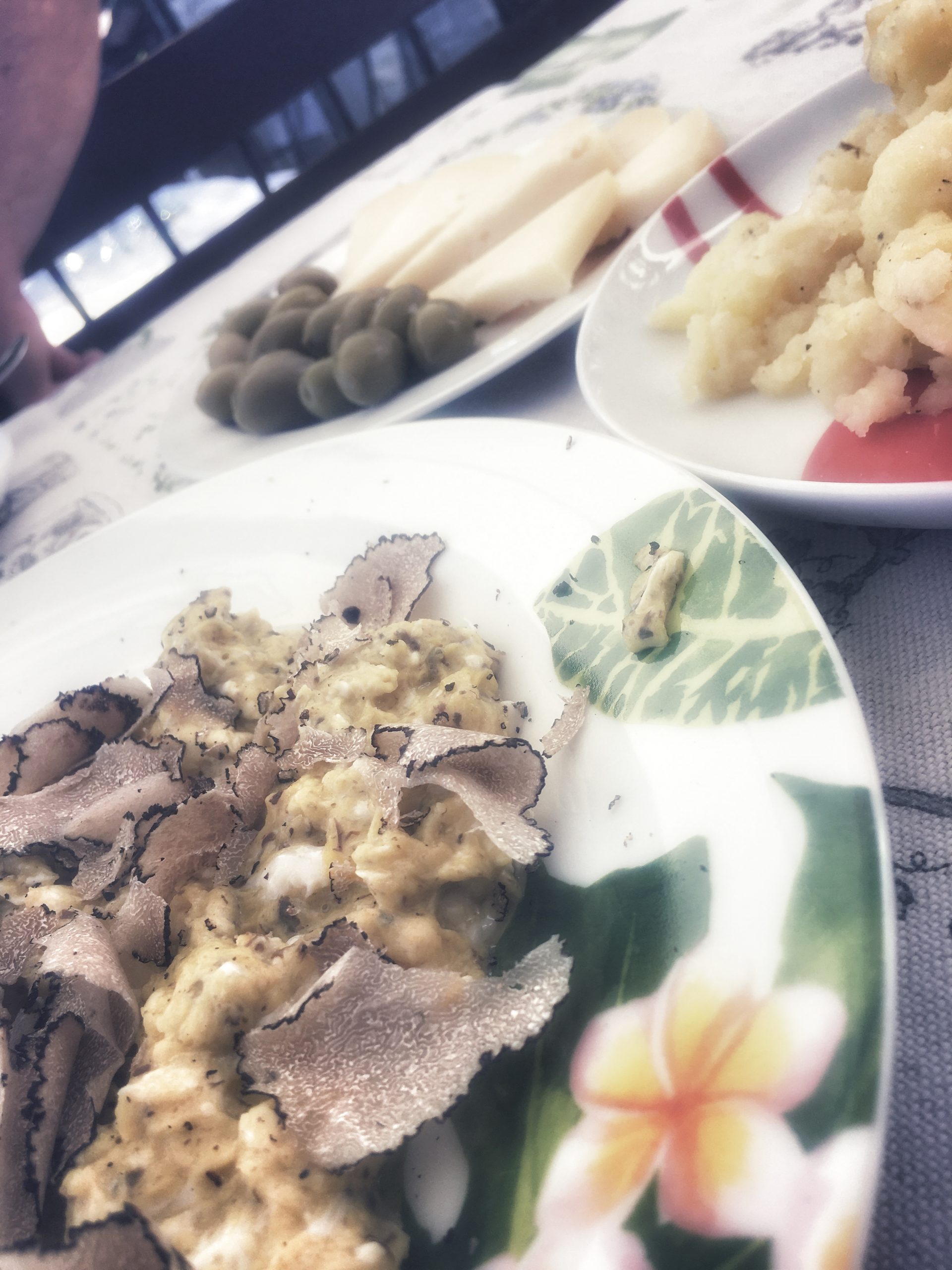 So, another really delightful restaurant, not too far at all from our house. Although it’s not fine dining by any stretch of the imagination it’s really good, wholesome, homegrown food, definitely served with love by the owners.

← please do your homework... picking ourselves up... →