I can eat a potato in any guise. They form a staple of our culinary output :

And the last point is probably why we’ve never delved into Hasselback World. Although they look admittedly very pretty, with their fans of potato slices, I’ve always – and I now know VERY mistakenly – just thought of them as a kind of sliced baked potato. Well, my potato world was turned on its head this weekend, when we decided we had the time – another mistaken idea, the one that you needs loads of time, because you don’t – to make the hasselbacks.

Two quite large new potatoes – the best kind, the ones with fresh soil still attached – were sufficient. These were just washed, not peeled, as I wanted the skins to brown and crisp up. Although I’m sure it wouldn’t have been the most difficult task in the world to slice the potato and stop before slicing through, I wanted to make sure it was done successfully in one go, so a stainless steel IKEA serving spoon was utilised. The potato was just placed on the spoon, and sliced very thinly – the scooped out part of the spoon meant that it didn’t cut all the way through.

I’m sure that are a million different ways to cook a hasselback, and aficionados will probably scoff at what we did. But, it was super simple and we LOVED them. Nothing like a baked potato – which seriously need to up their game in the potato stakes. They were baked first for about 35 mins, drizzled with olive oil, and sprinkled with sea salt (so it was chunky) and black pepper. They were then brushed with butter and another drizzle of olive oil & salt and pepper and back in the oven for another 35 minutes or so. Not only super tasty – and next time, it’ll be garlic butter we’ll be using – but also very photogenic. Our weekend meal was a proper spring treat – it was warm and sunny and so to accompany the potatoes, we had a mezze platter. Roll on spring… 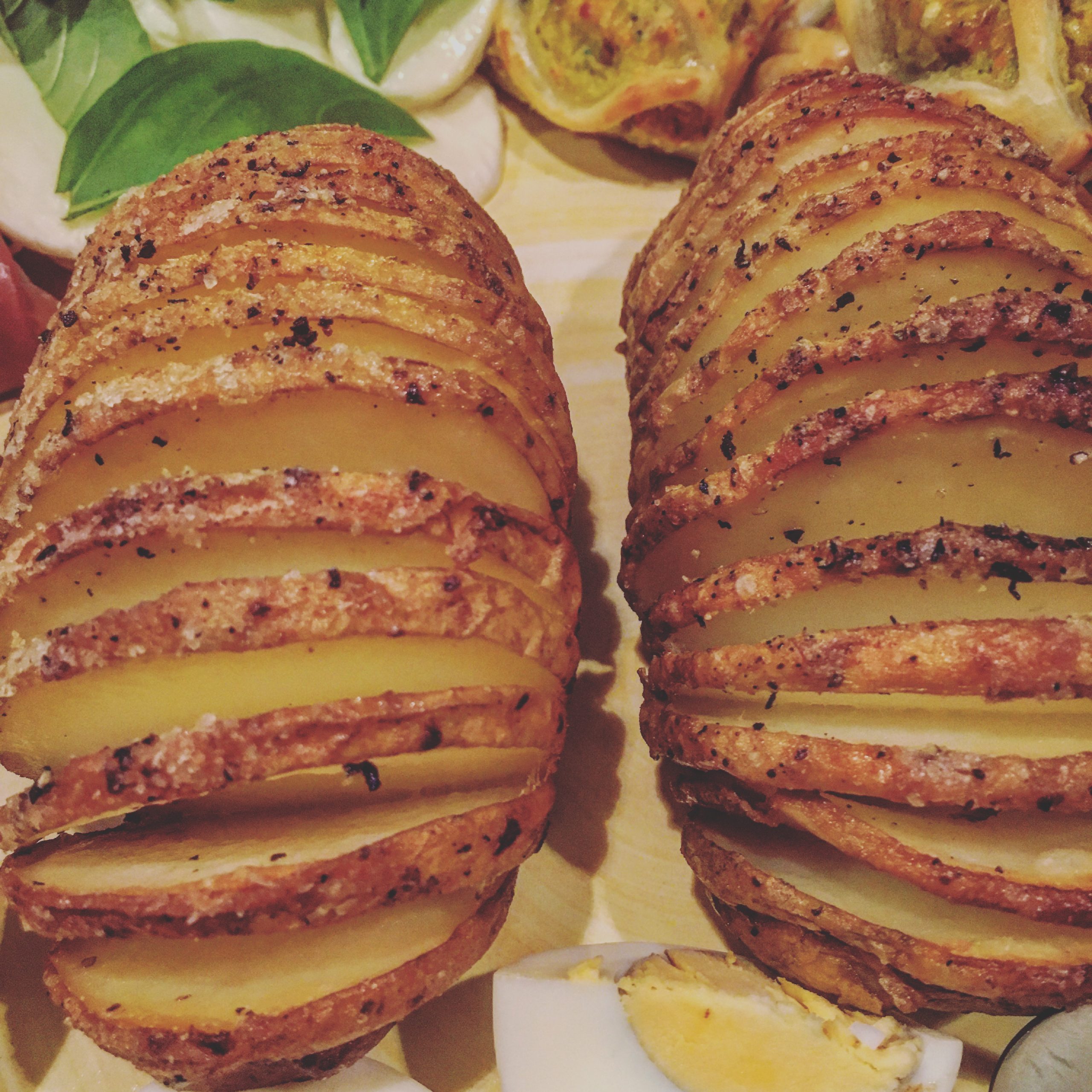