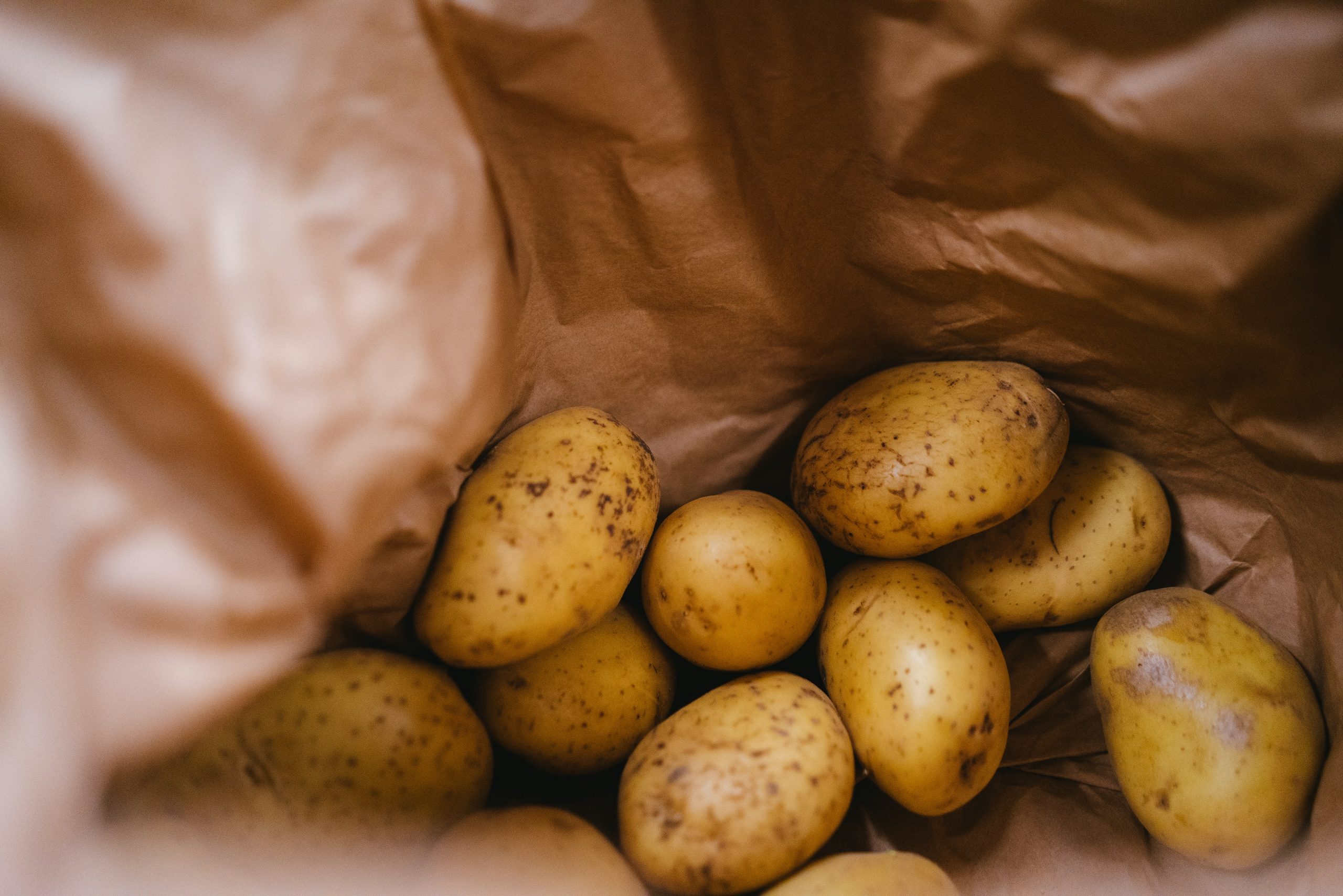 2022 is going to be Grow Our Own year. We’ve tinkered around the edges of growing vegetables and herbs before, but it’s always been pretty half-hearted as far too much else has been going on in and around the garden. We’ve had minor success with lettuce and tomatoes and back in Didsbury, we did successfully grow strawberries and potatoes. But this year, the house renovation has finished and we’re focusing on the garden, so being a bit more self-sufficient is the aim.

Along the side of our house and garden, is a long strip of communal land. This was originally the road into the village, but it isn’t any longer. The road is on the other side of house, so this strip of land – owned by the local council and a number of individuals – is largely unused. Somewhere, presumably on hiking maps, it may still be marked as a right of way, because on a couple of occasions, we’ve had people with hiking sticks appearing. And being as startled as us! Maybe once a year, one of our neighbours will bring his tractor along the grassed lane to get to his field, but we can probably can count on one hand, how many times it’s been used by anyone other than us. So, we’ve been working hard to make it good, and frame the house. We have a hammock, in the summer, strung up between two of the trees and patches of wildflower seeds have been sown. This year, we’ve added pots of bulbs and a cluster of potted bamboos. But, it’s the veg we’re working on, more than anything.

If there’s one thing we have an excess of around the house, it’s Istrian stones, so these are being to use and we’ve made a vegetable patch, which sits in front of a small wall, and is in full sunlight. As we also have an excess of logs, we’ve divided the patch up with these and labelled each section. So far, we have sown peas, courgettes, cucumbers, rocket, lambs’ lettuce, carrots and onions – and already, just a week after sowing, the green rocket is pushing up through the soil. The bed was dug down and raked over, before the stone frame was built around it. To save on good soil, we back-filled the whole thing with twigs and branches, then mulch, then our own rich, red soil before adding a layer of top soil. A water butt, which was useless for collecting rainwater as the tap had snapped off, and couldn’t be replaced, was cut in half, and this has made an excellent planter for potatoes. 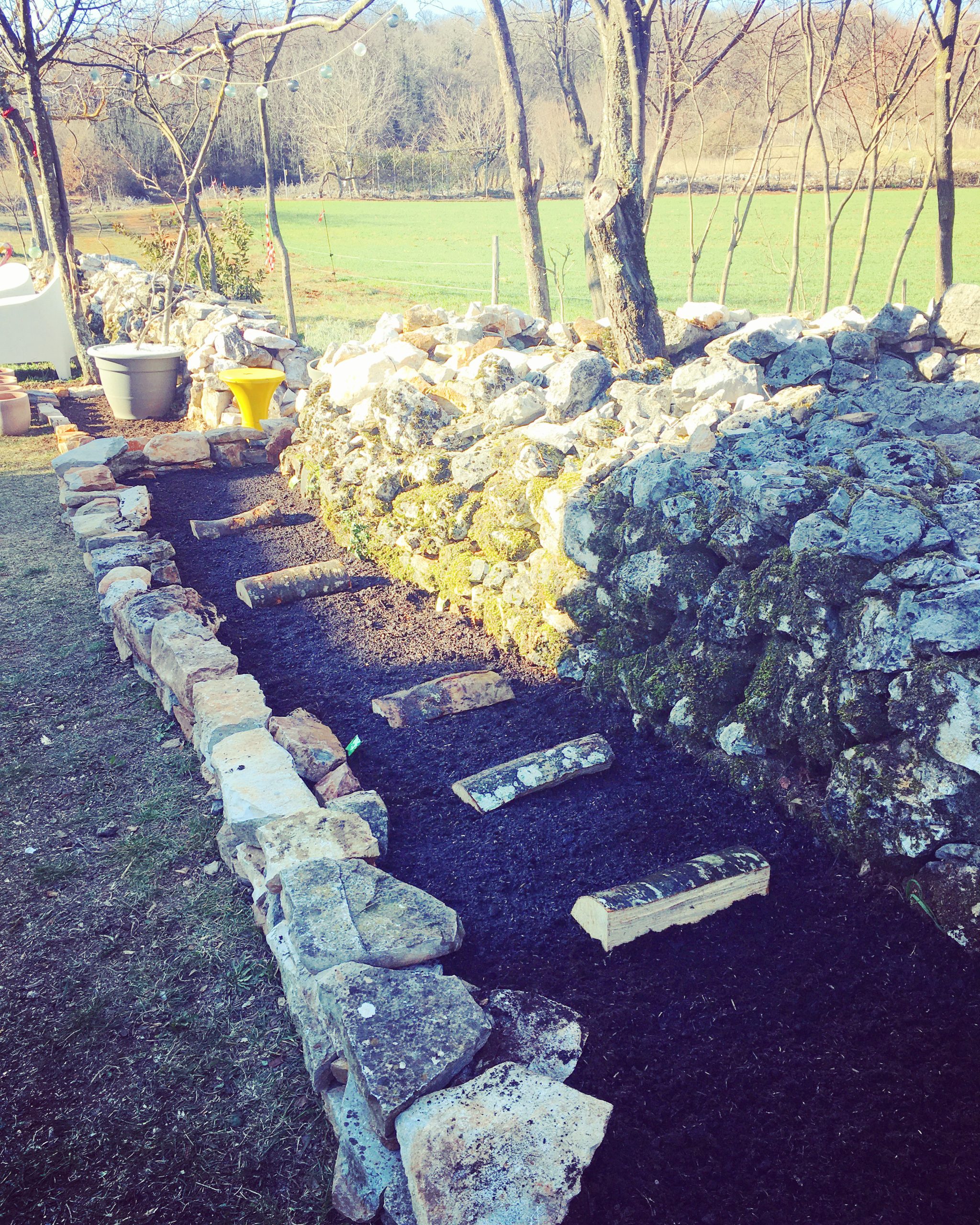 We have two apples trees and a cherry tree which were planted early last year, but didn’t produce anything very much last year – we did celebrate the one apple! – but already this year, they are heavily budding so we have high hopes for them. Once the much needed rain passes, we’re going to be planting up tomatoes and strawberries, too. It’s fair to say, we are crossing our fingers for a bumper harvest across the board this year. 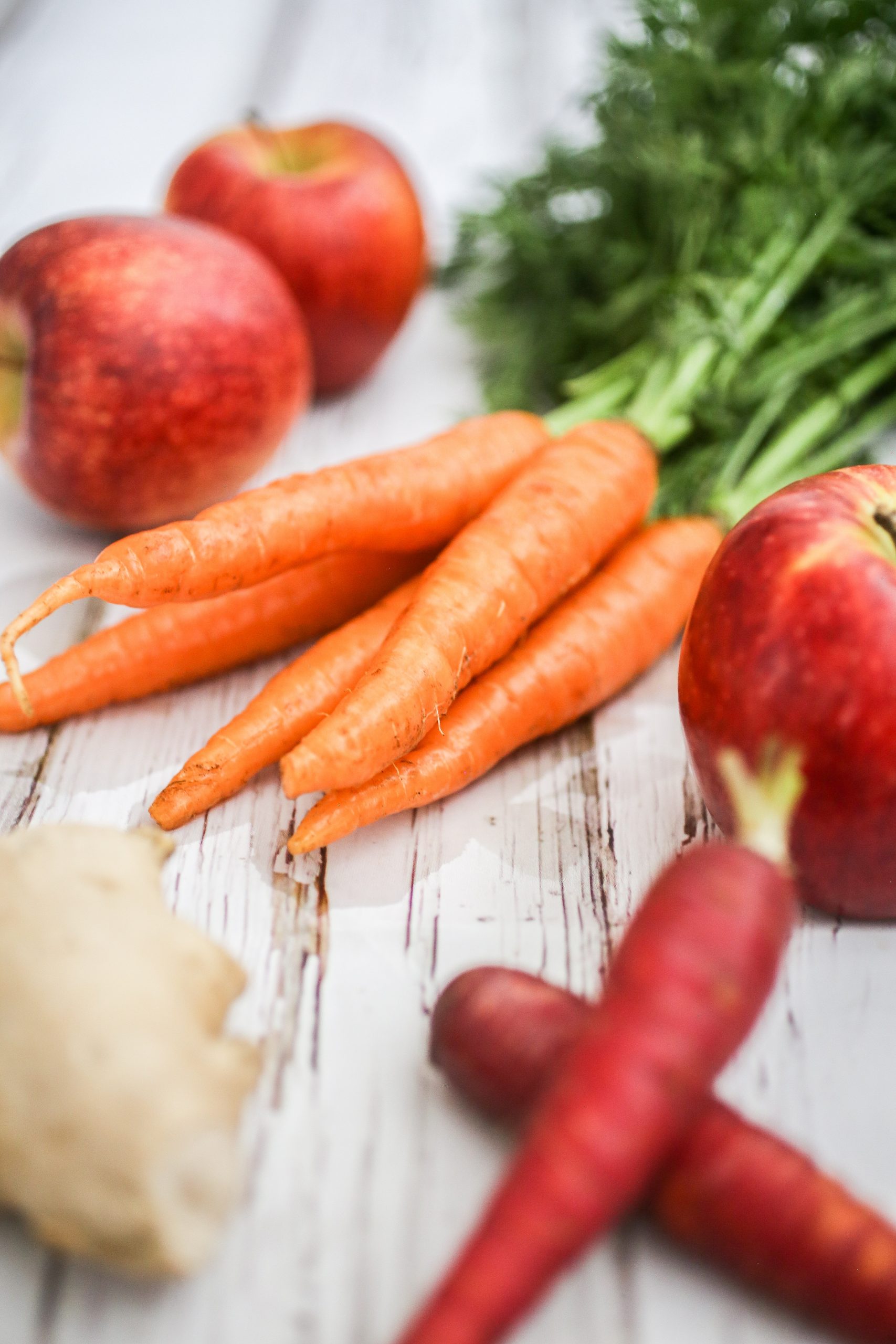 ← The Easiest Irish Soda-bread A Vision : From Beautiful Home to Boutique Hotel →