Cauli Cheese – with a twist…

I’m a big fan of easy-peasy dishes, which include as few pots and pans as possible. And, as little time spent in the kitchen, as possible. Summer here has been very hot and currently we don’t have the luxury of air con, so our summer cooking has involved many BBQs and salads and things which are left to themselves, so we can escape the heat of the kitchen. I caught an advert on TV for Jamie Oliver’s new series & part of the clip was Cauliflower Cheese Pasta – the tiny bit that I saw was enough to get me out purchasing a fresh cauli, as I knew that this dish would be a stunner. And it was!

The outer leaves of my cauliflowers usually end up in the compost bin, as I’m never really sure what to with them. Well, this recipe clears that one right up. All parts of the cauliflower are used. And I bet if I told you that this recipe is actually a spaghetti dish, smothered in the creamiest, silkiest sauce – made up mostly of cauliflower – with a crispy, crunchy topping (those leaves!), you probably wouldn’t believe me. So, here’s the recipe and how it turned out…

This dish really is the best variation on a cauliflower cheese recipe I’ve ever had. Because it uses spaghetti, rather than pasta shapes, it seemed to feel a lot less “bulky”. And although I adore cheese, and can sometimes over use it, I stuck largely to the recipe – and I definitely don’t think the taste suffered in any way. It was also good to use a vegetable and know that absolutely none of it had gone to waste. 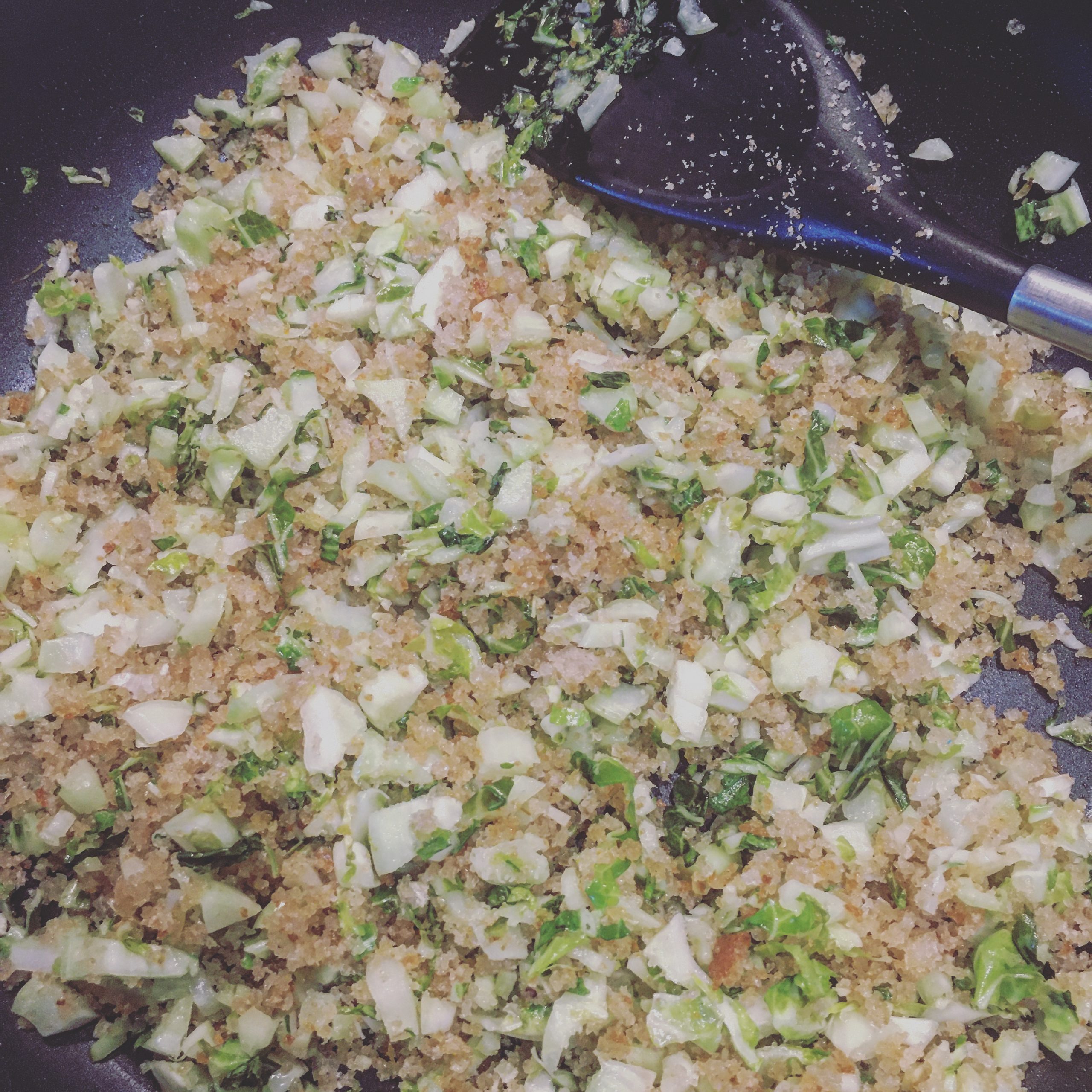 Whizzed up breadcrumbs and cauliflower leaves… 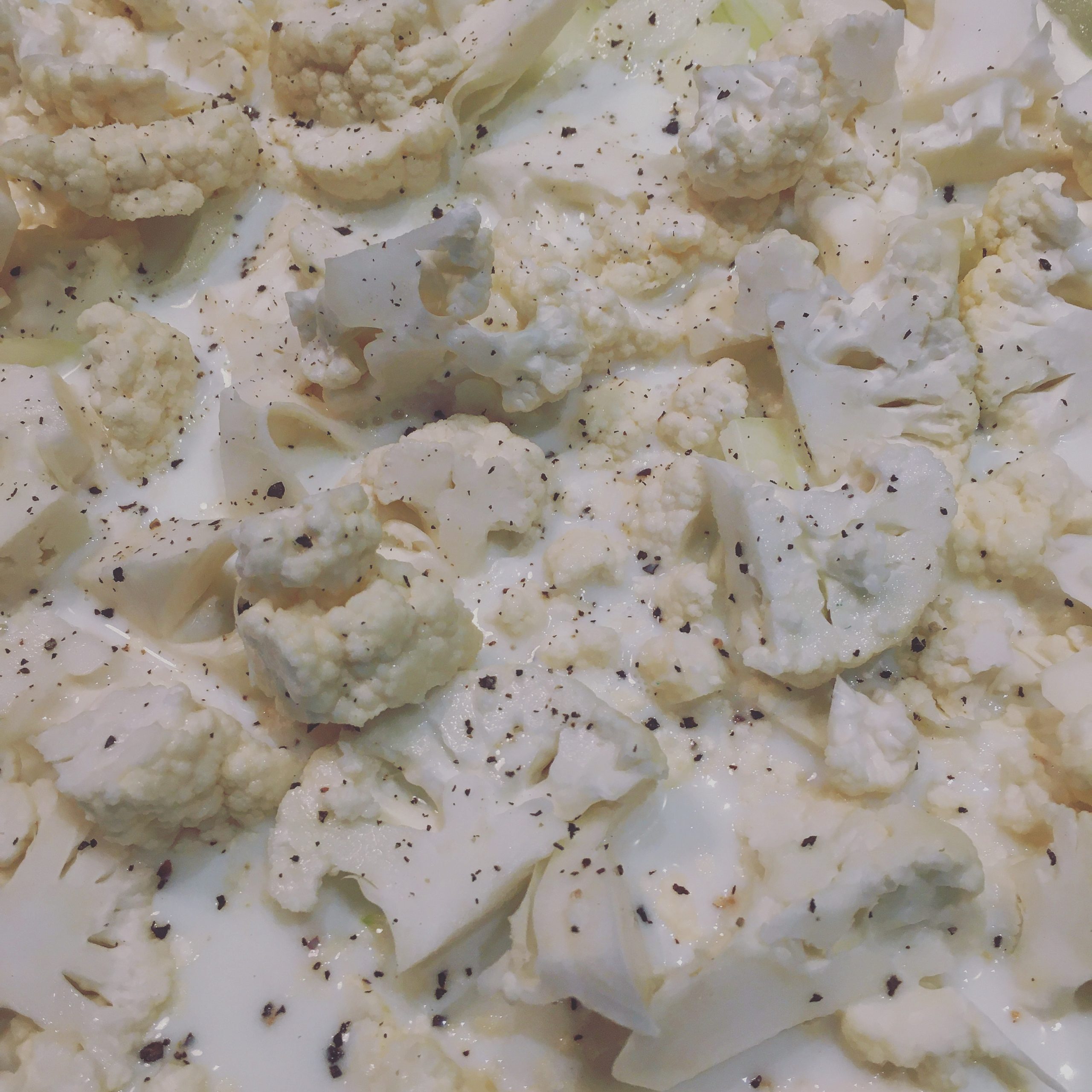 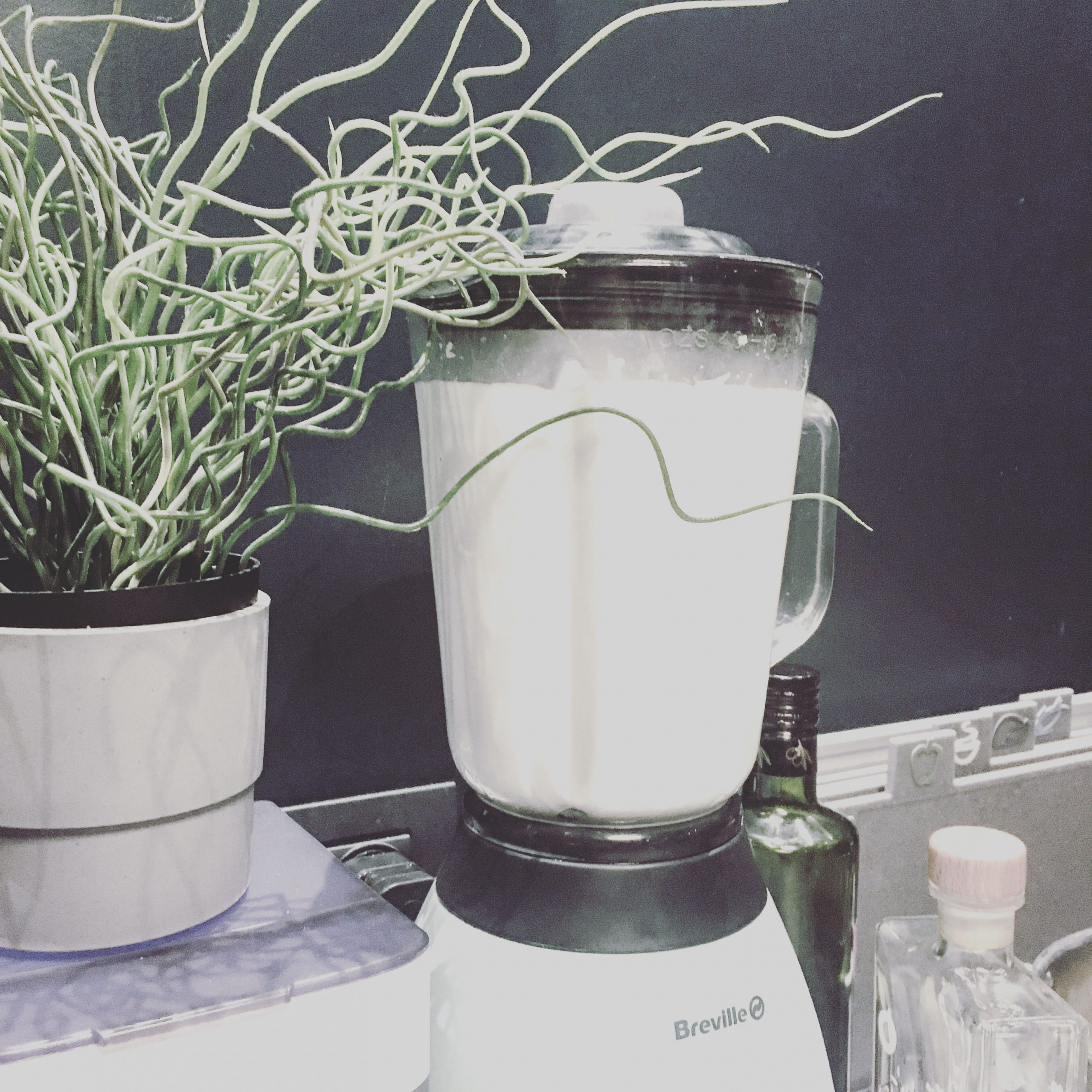 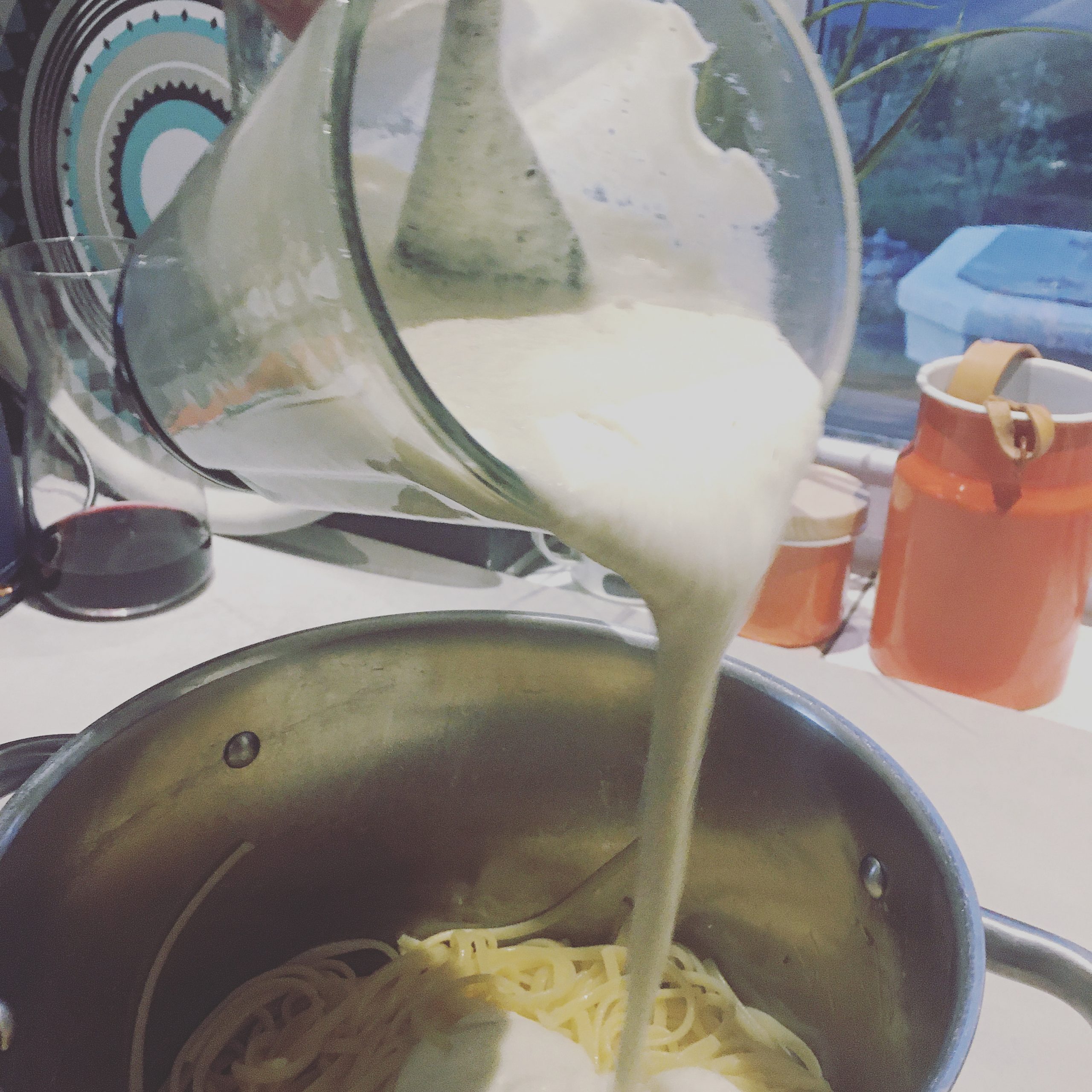 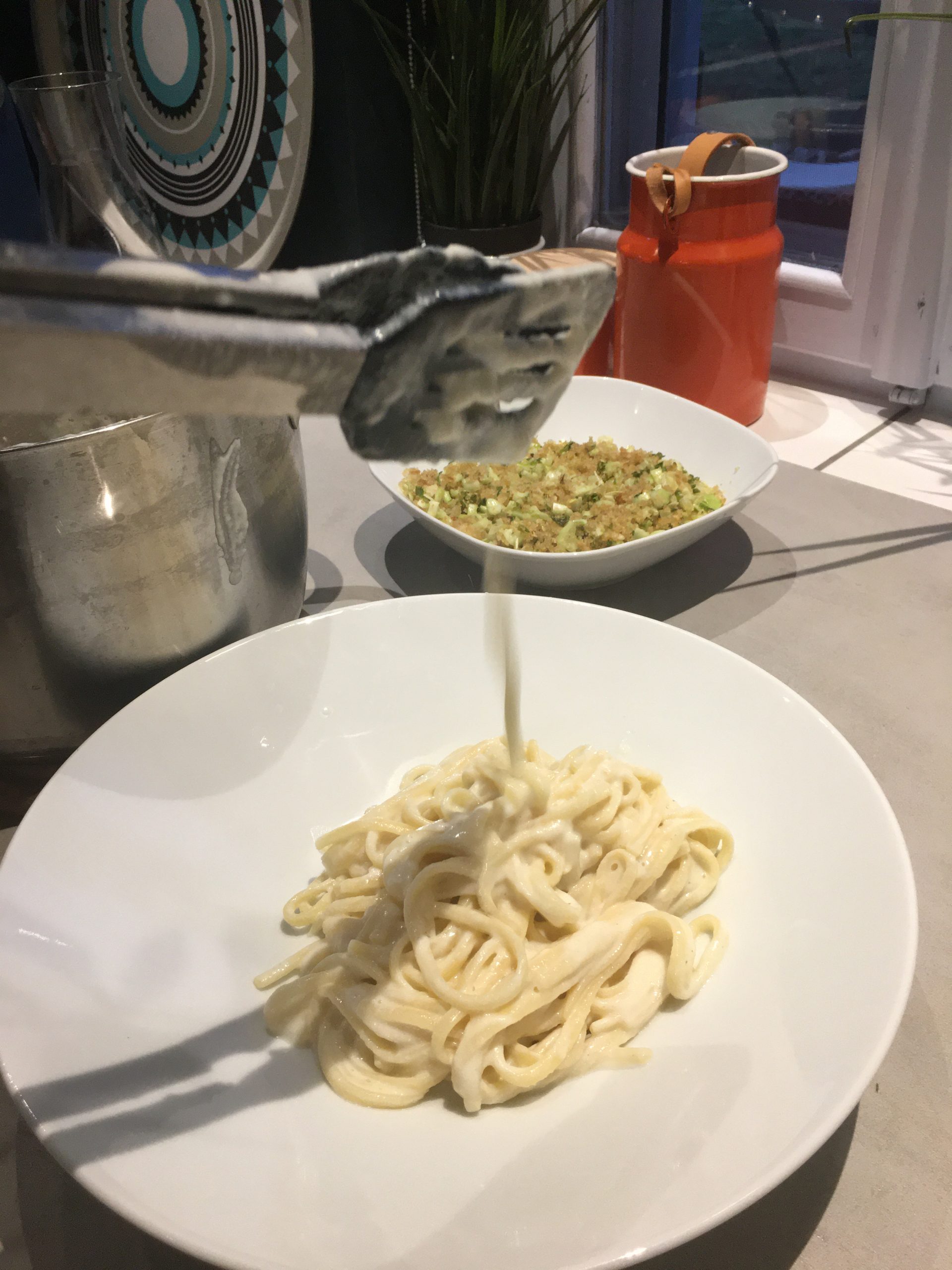 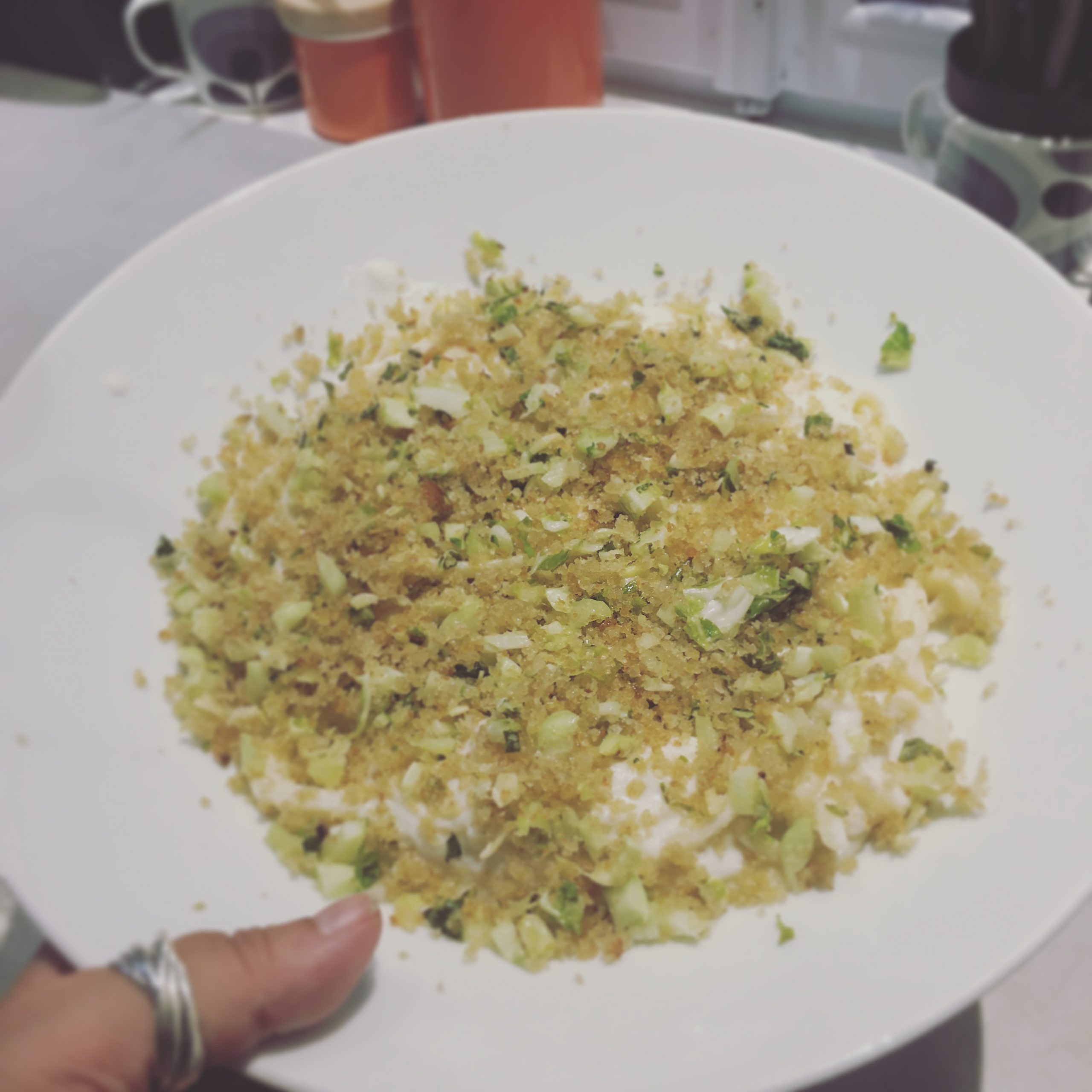 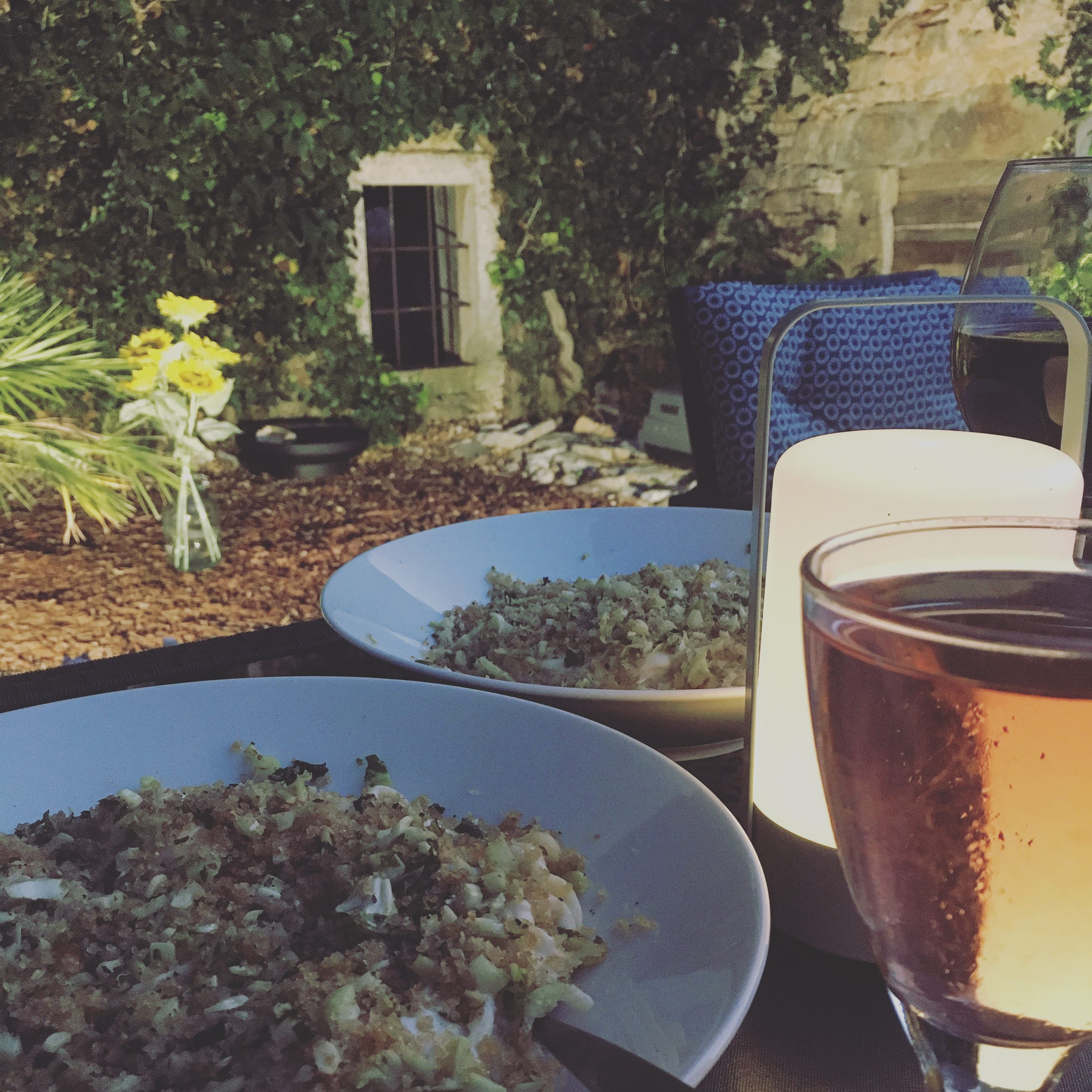