Although we know most of the north of England fairly well, we weren’t aware of Brimham Rocks. How did we not know about them?

Found on Brimham Moor in North Yorkshire, England the rocks began taking their shape roughly 320 million years ago, when water, grit, and sand washed down from Scotland and Norway to form the land of Yorkshire. However it was a much more recent event, during the last glacial period, (the Devensian glaciation, roughly 73,000 BC to 10,000 BC) that would shape the rocks into the bizarre silhouettes you see today. As the last of the giant ice age glaciers melted they created the ripples and waves on the rocks, creating sculpted looking forms. Since then, rain and wind have further eroded the strange rock formations seen throughout the area. Atlas Obscura

Located about 10 miles north west of Harrogate, where we were staying, we visited on a freezing cold January day. It was a great time to discover this area of outstanding natural beauty, as literally no-one else was mad enough to be out in the sub-zero tempertures, so we were able to explore on our own. Before the snow came down, the views from the rocks, across the Yorkshire countryside were stunning – we could even see the infamous “golf ball” structures, away in the distance over at the RAF base at Menwith Hill.

The rock structures are really quite amazing – paths lead you through a maze of balancing rock formations, many of which look as if they are about to topple over. Sculpted by 320 million years of ice, wind, and the movement of entire continents, they have taken on weird and wonderful shapes. Many have taken on familiar appearances – the Dancing Bear, the Gorilla, the Eagle and the Turtle, and the Smartie Tube. For the more nimble, there are also the Rocking Stones – try and balance on these!

Opening times do vary, both across the National Trust site and over the year, so do check before you set off as you may have a wasted journey. Parking facilities are available – £6 for 4 hours or £8 per day, at the time of writing. 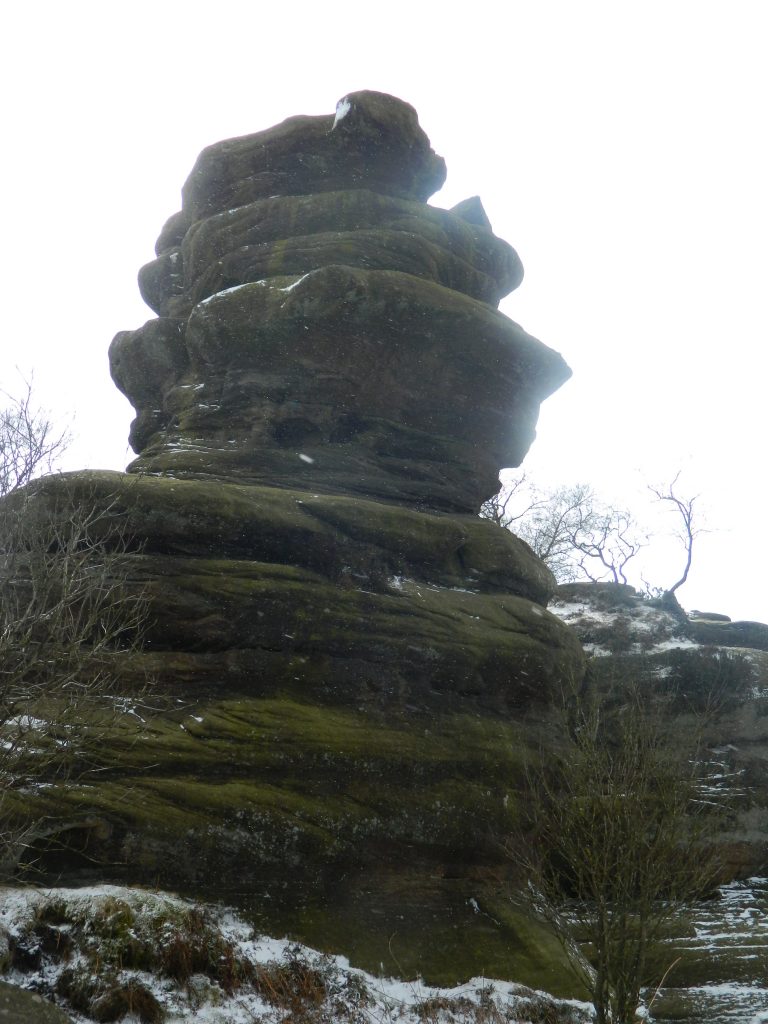 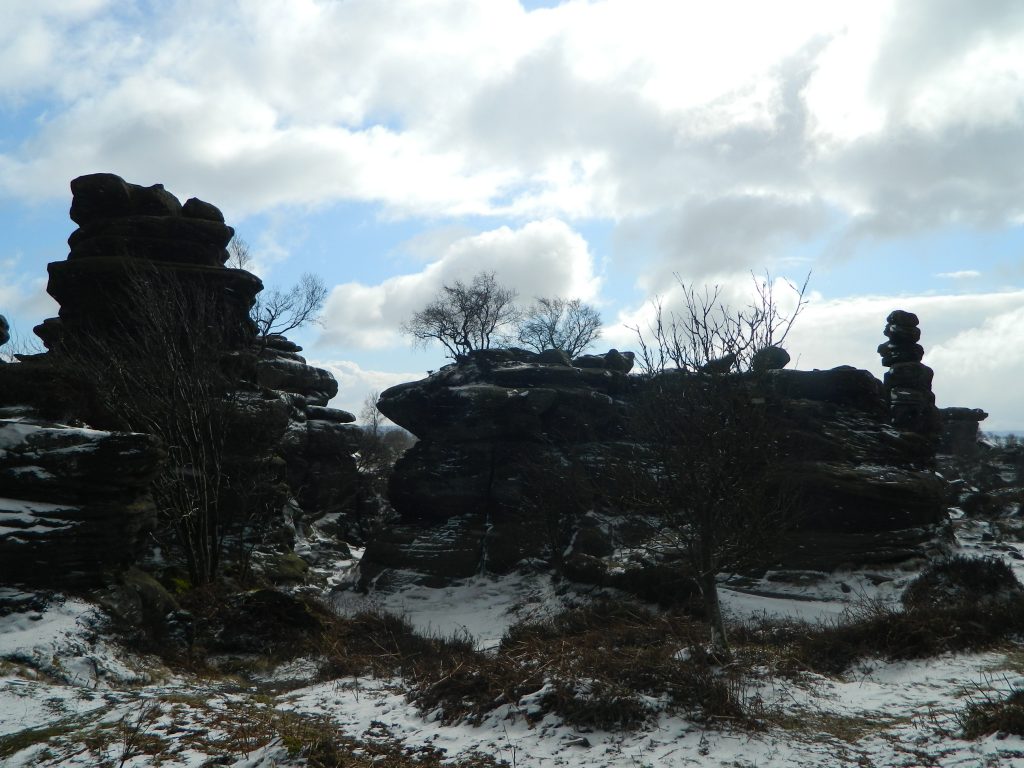 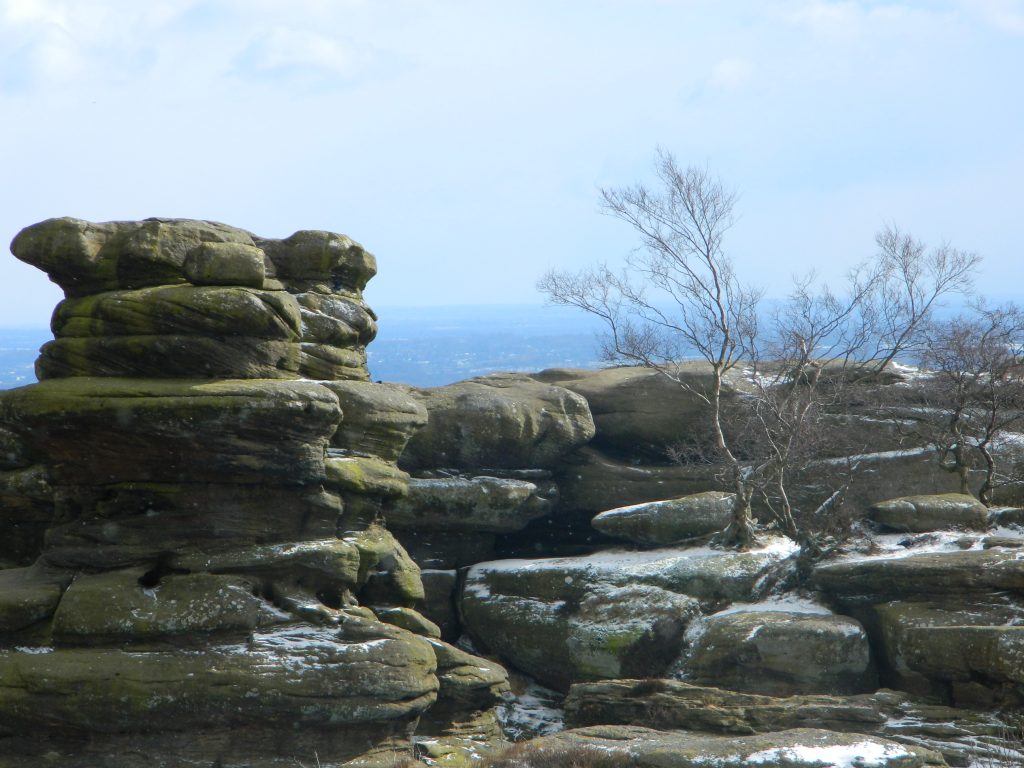 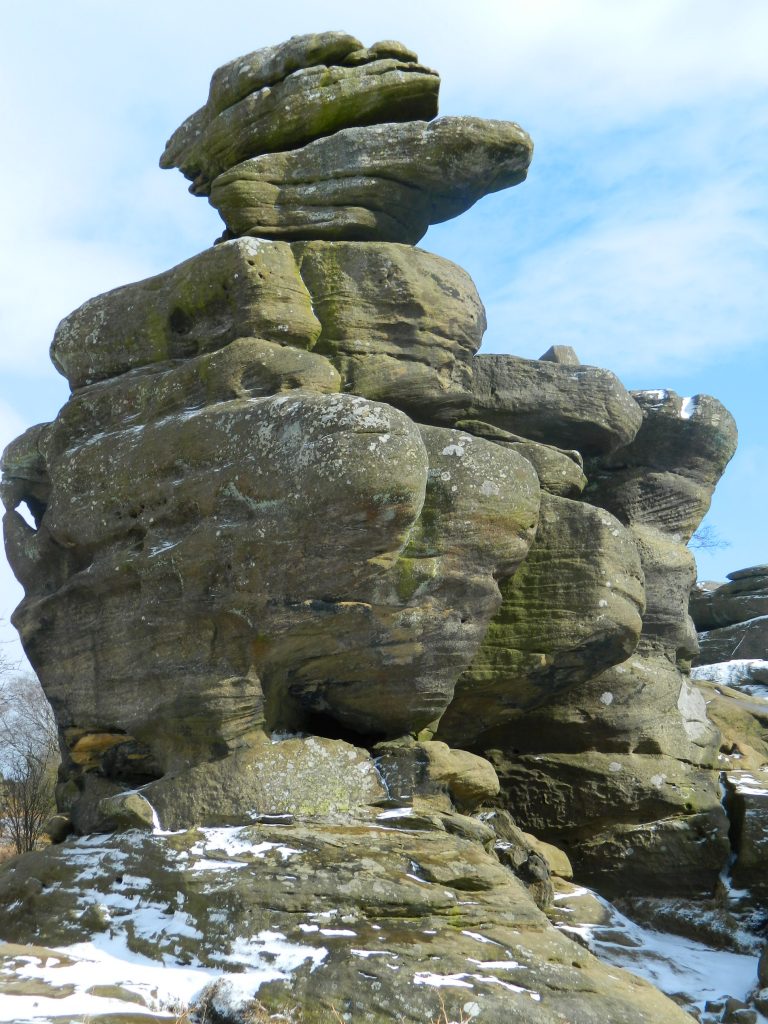 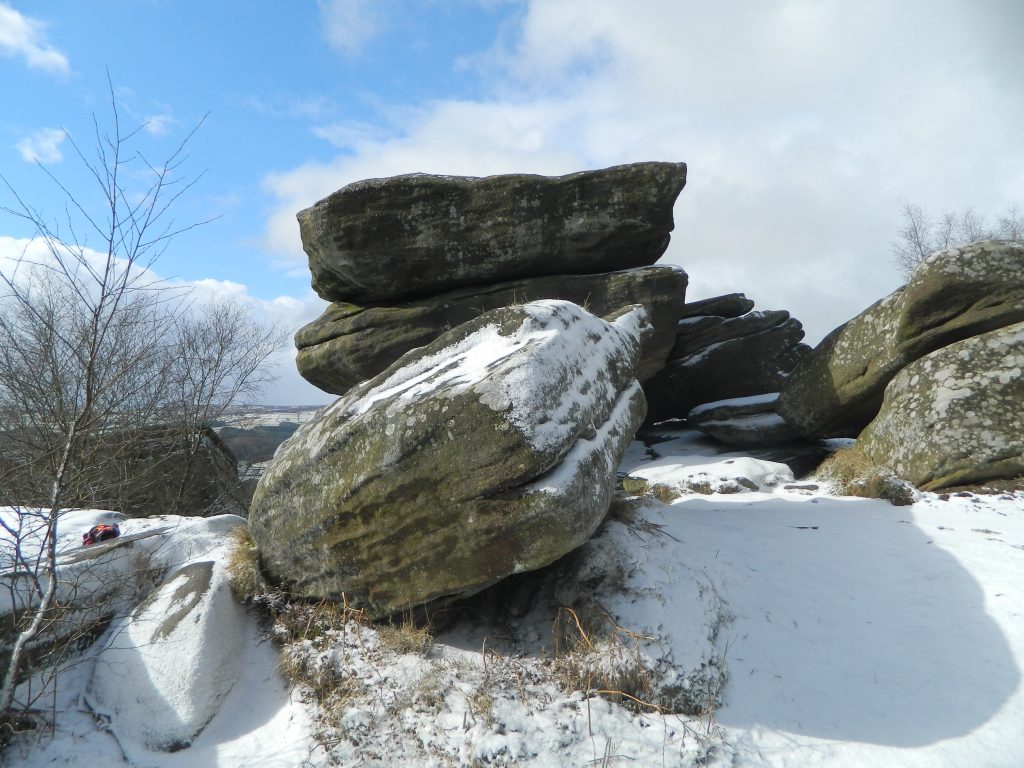 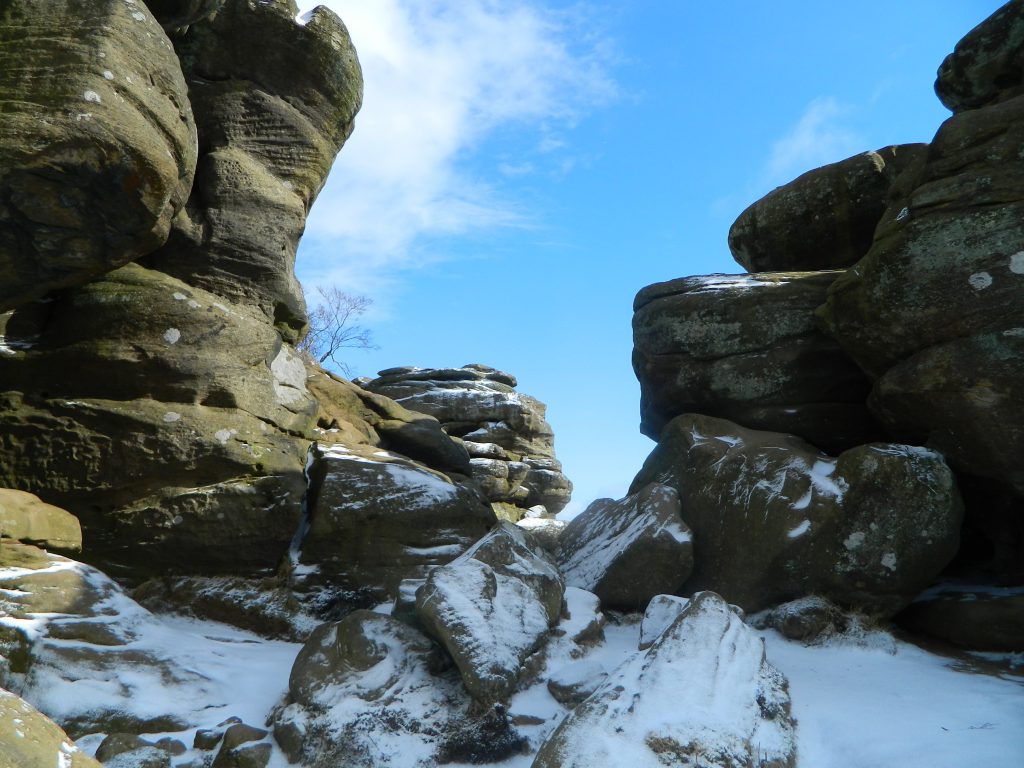 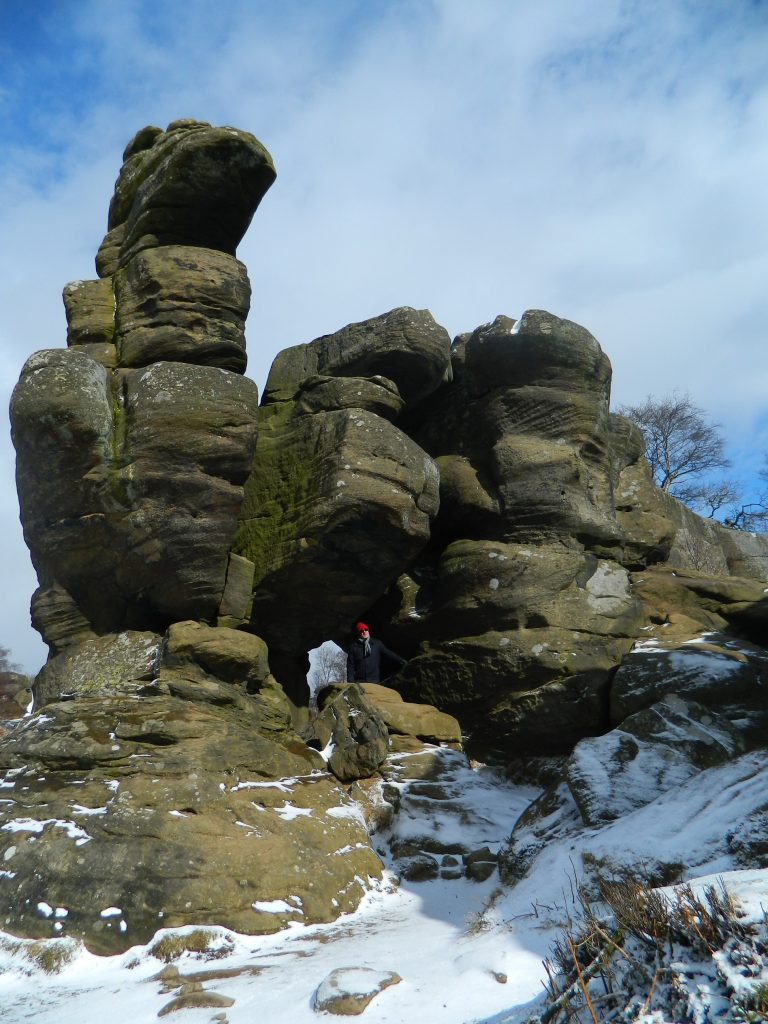 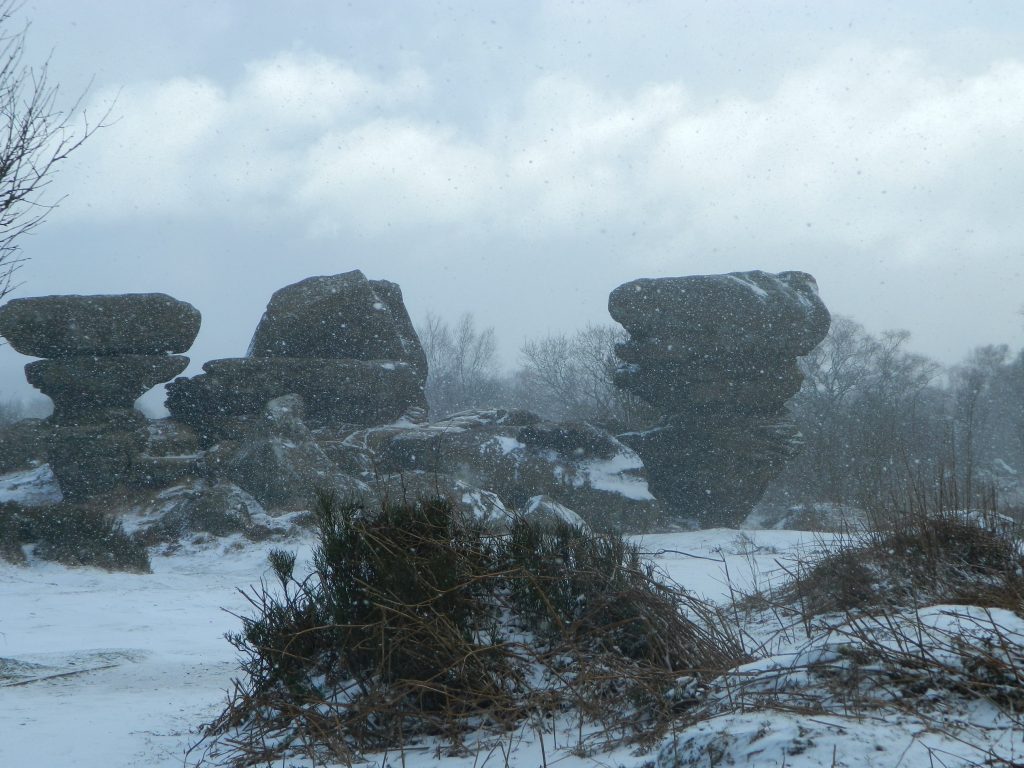 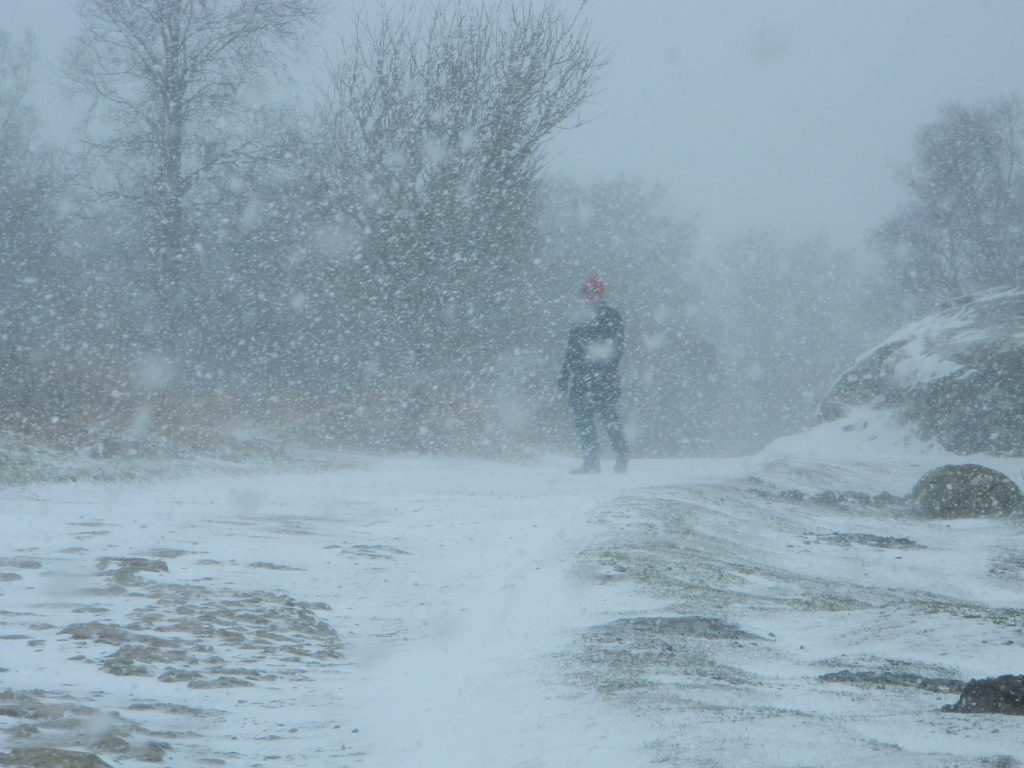 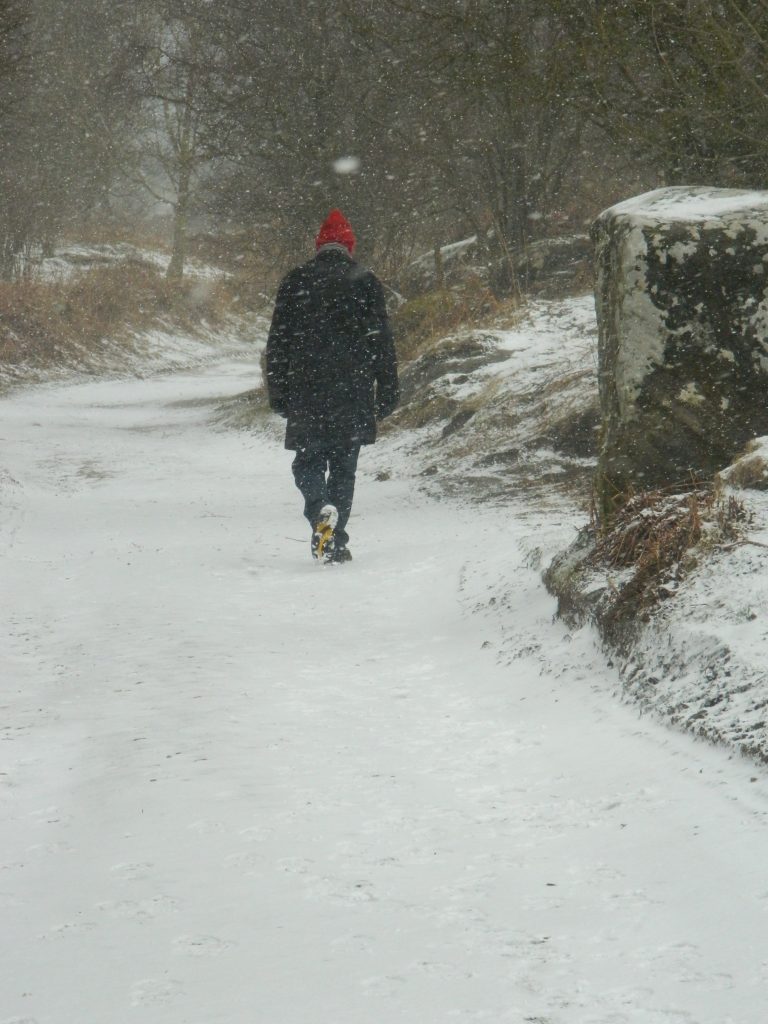 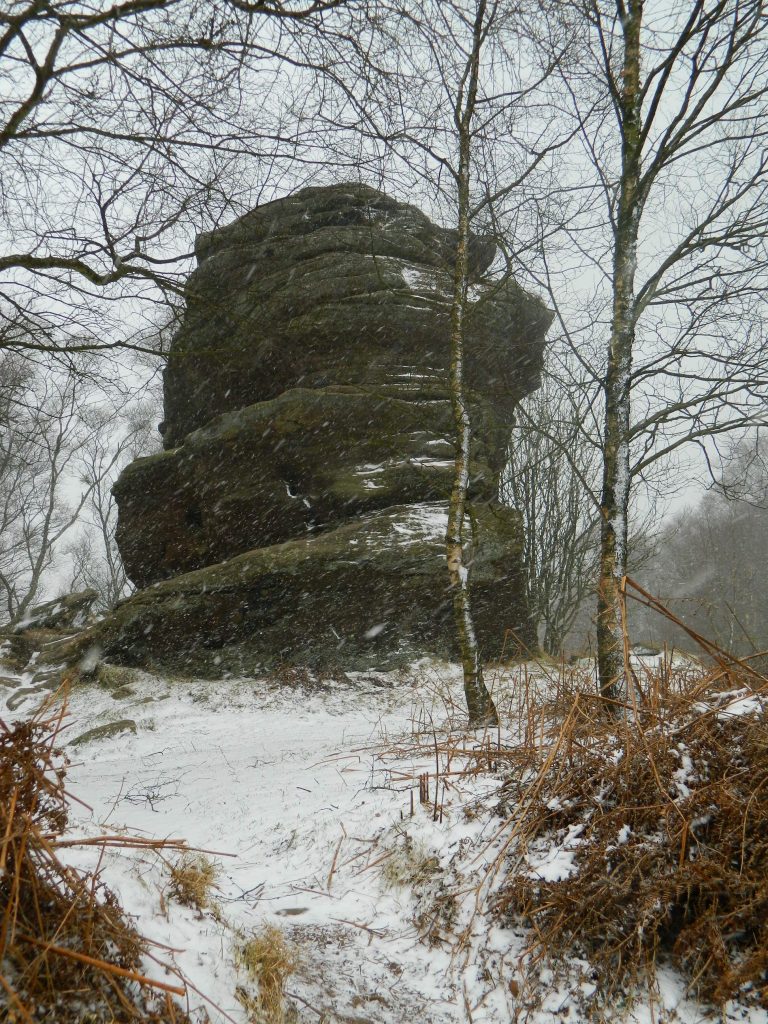 Not too far from Brimham Rocks, and definitely close enough to visit in the same day, is the beautiful Fountains Abbey, one of the largest and best preserved ruined Cistercian monasteries in England… 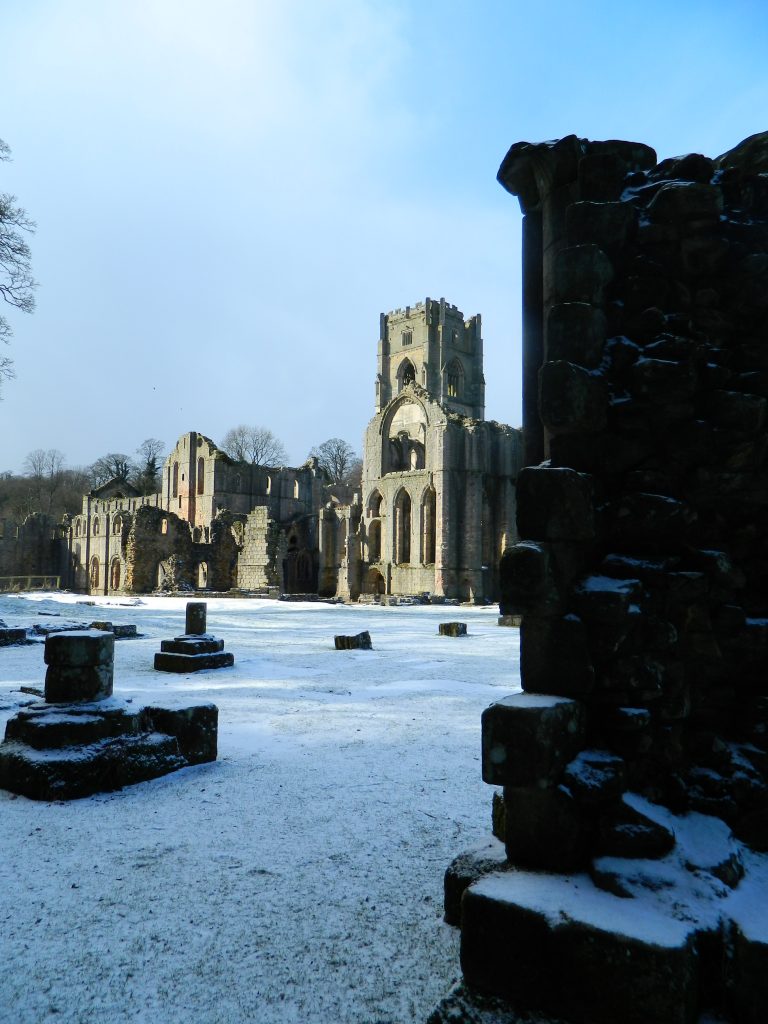 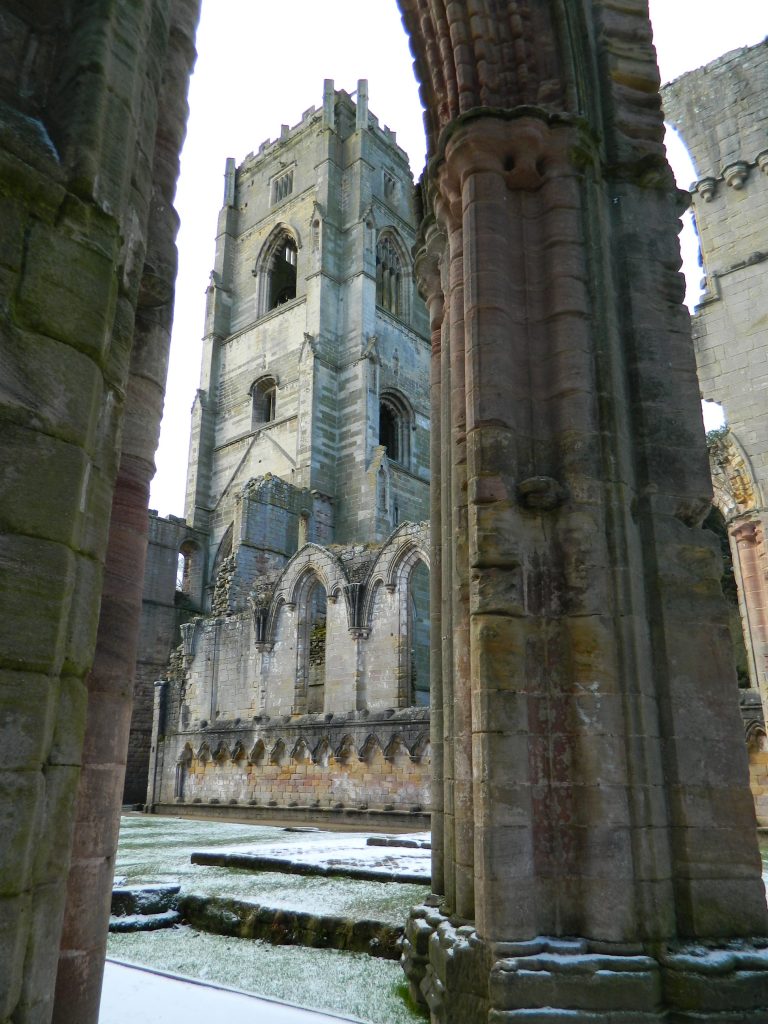 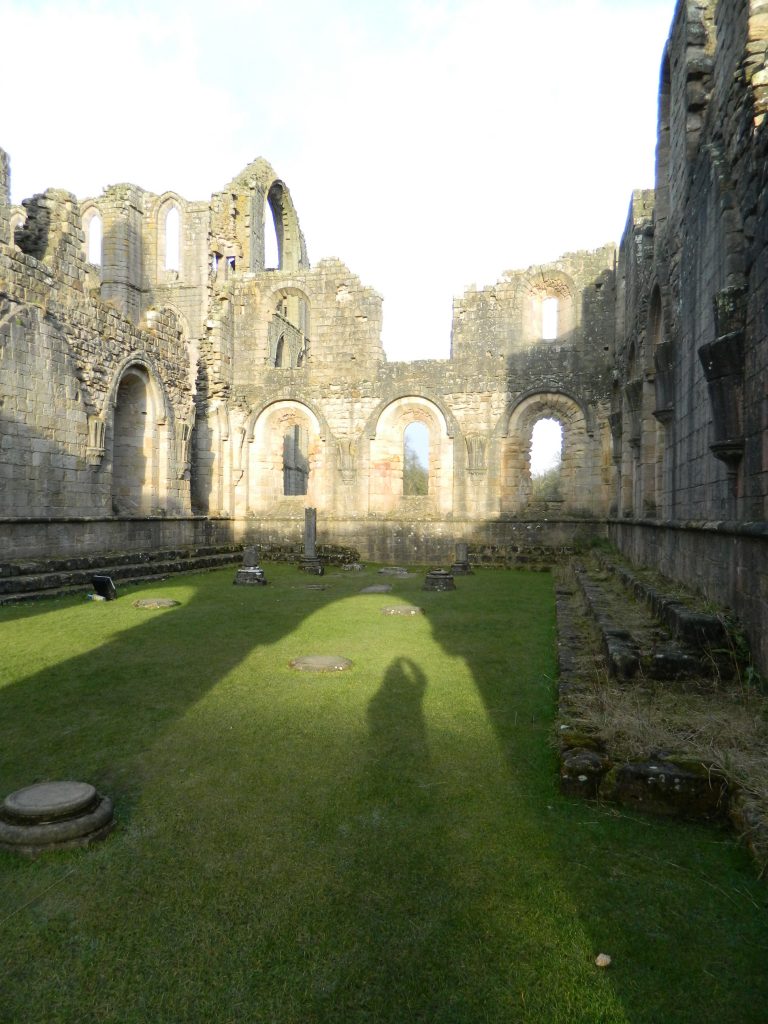 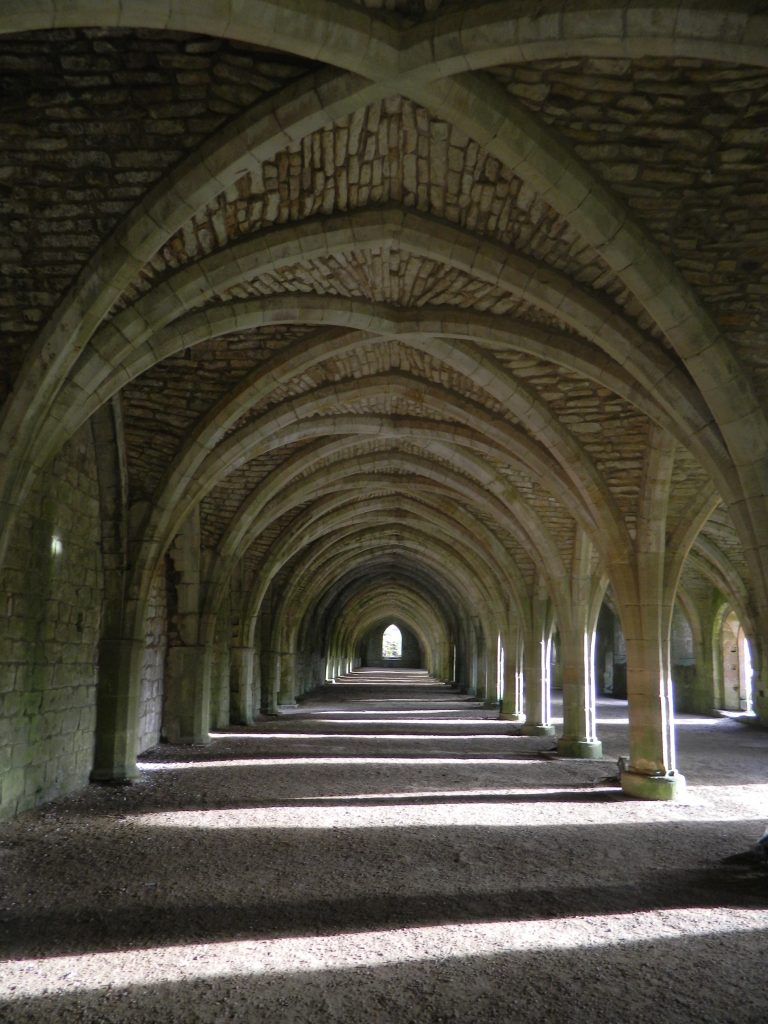 If you do ever find yourself in North Yorkshire, you will be spoilt for choice in terms of places to visit, but we do definitely recommend both Brimham Rocks and Fountains Abbey. Especially if you can hit lucky at the time of year we did, as you’ll largely have both places to yourself.