We’ve realised that there is little point in trying to predict the weather in April in Istria. This our fourth April here and previously, we’ve had fierce Bura winds coming down from Slovenia. Torrential rain. Soaring temperatures. And this year, just to be different, snow blizzards. Only one day of snow, but enough to put out the electricity on multiple occasions throughout the day and cover everything in a thick blanket of white. Including our beautiful hyacinths, which had been standing tall and proud. 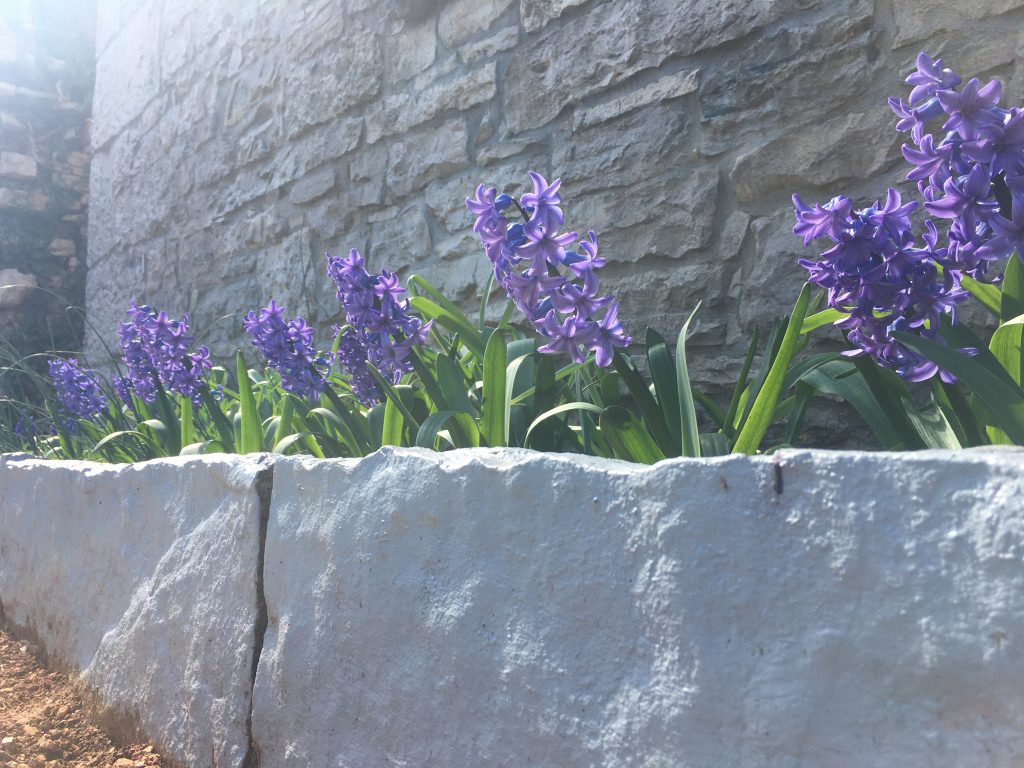 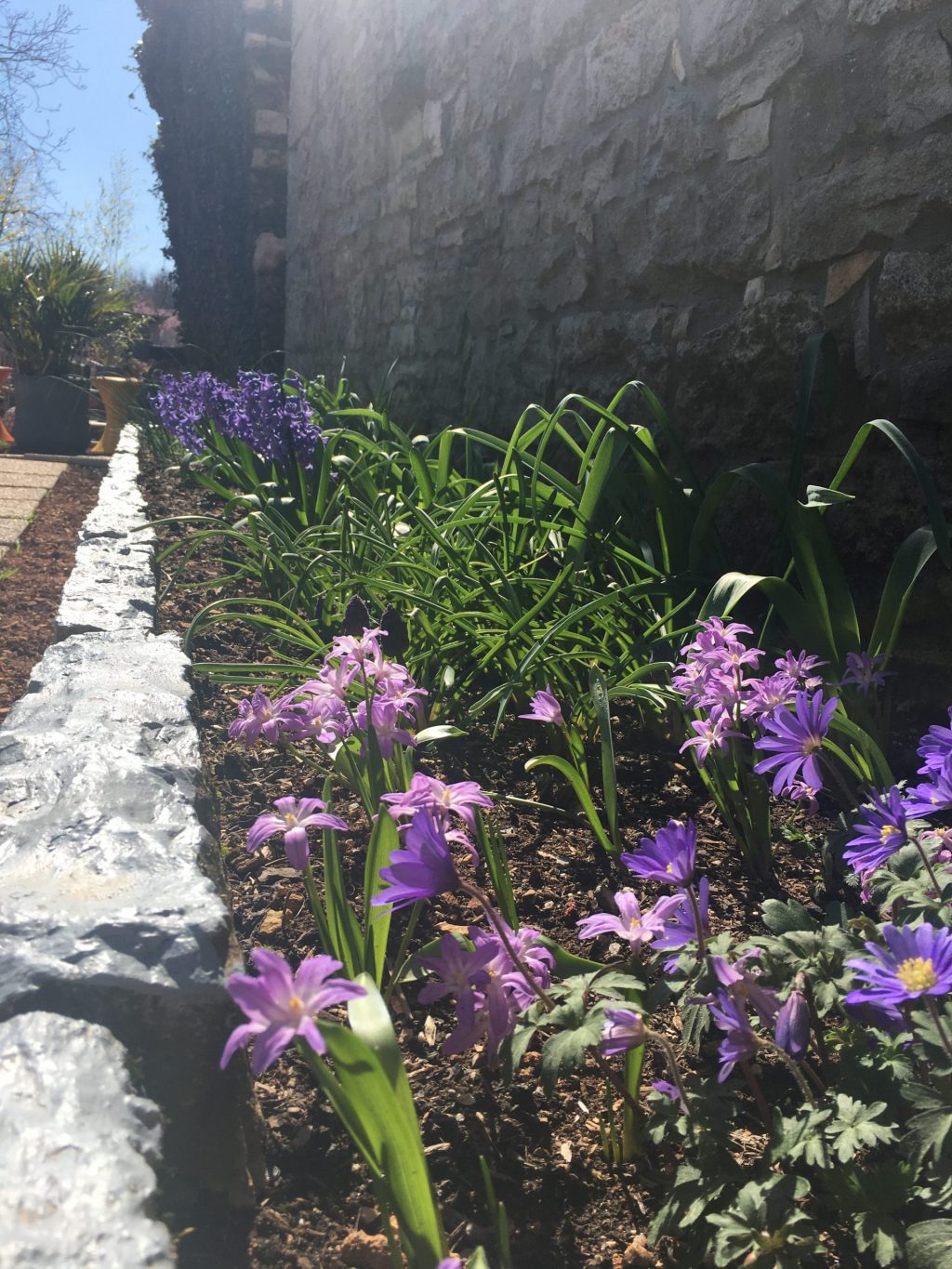 The tallest of the hyacinths suffered the most, as the snow came so fast and thick we didn’t have time to do much apart from cover the bed with plastic sheeting – the weight of the snow crushed them and there wasn’t much chance of them recovering, so they were cut and the house now smells gorgeous. The other bulbs seem to be rallying, so we’re talking nicely to them every morning.

We knew the snow was forecast, as it has been a few times since the new year, but we thought it would be like it always – a few flurries and then nothing more. How wrong we were! Our day in photos… 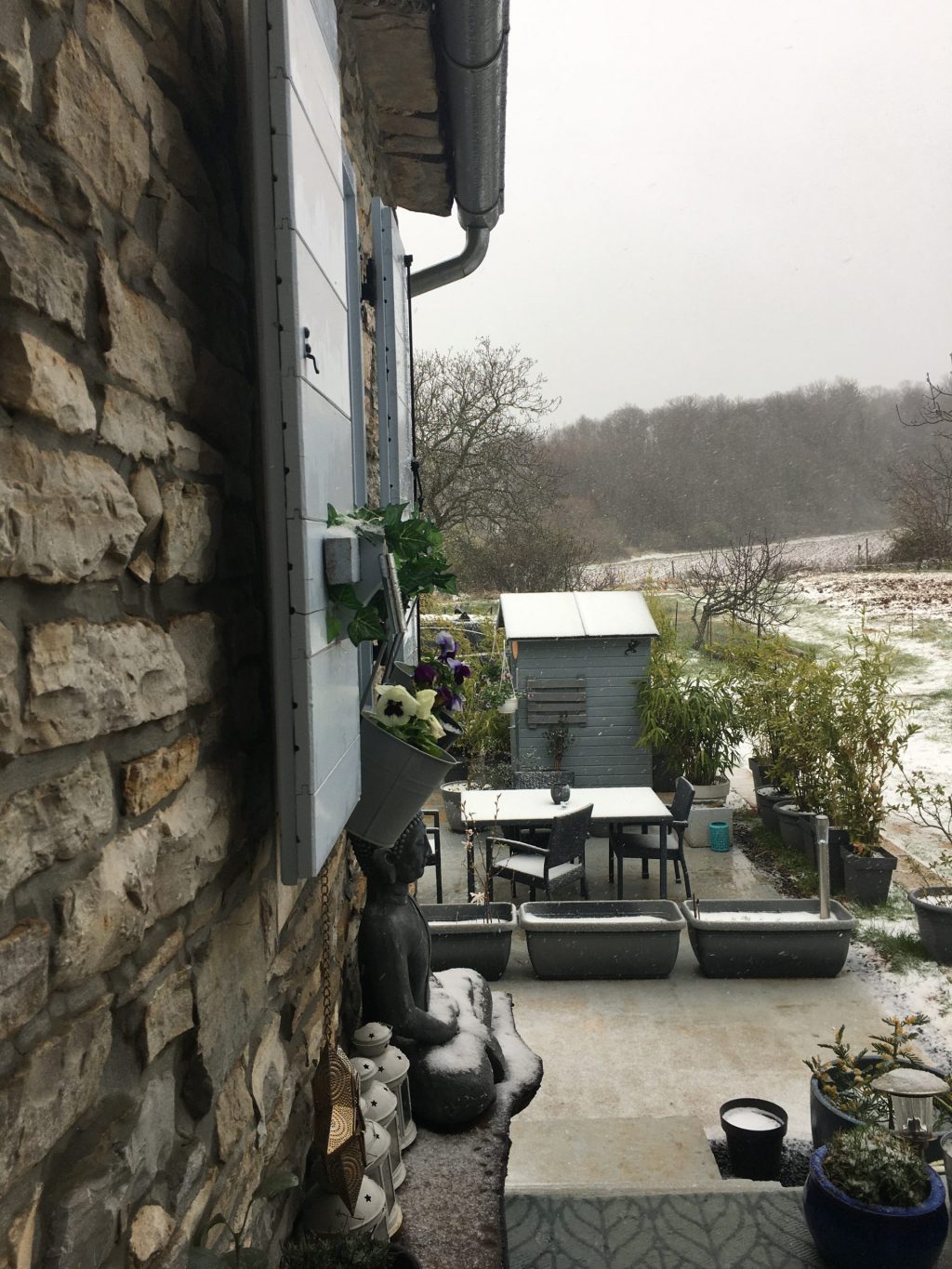 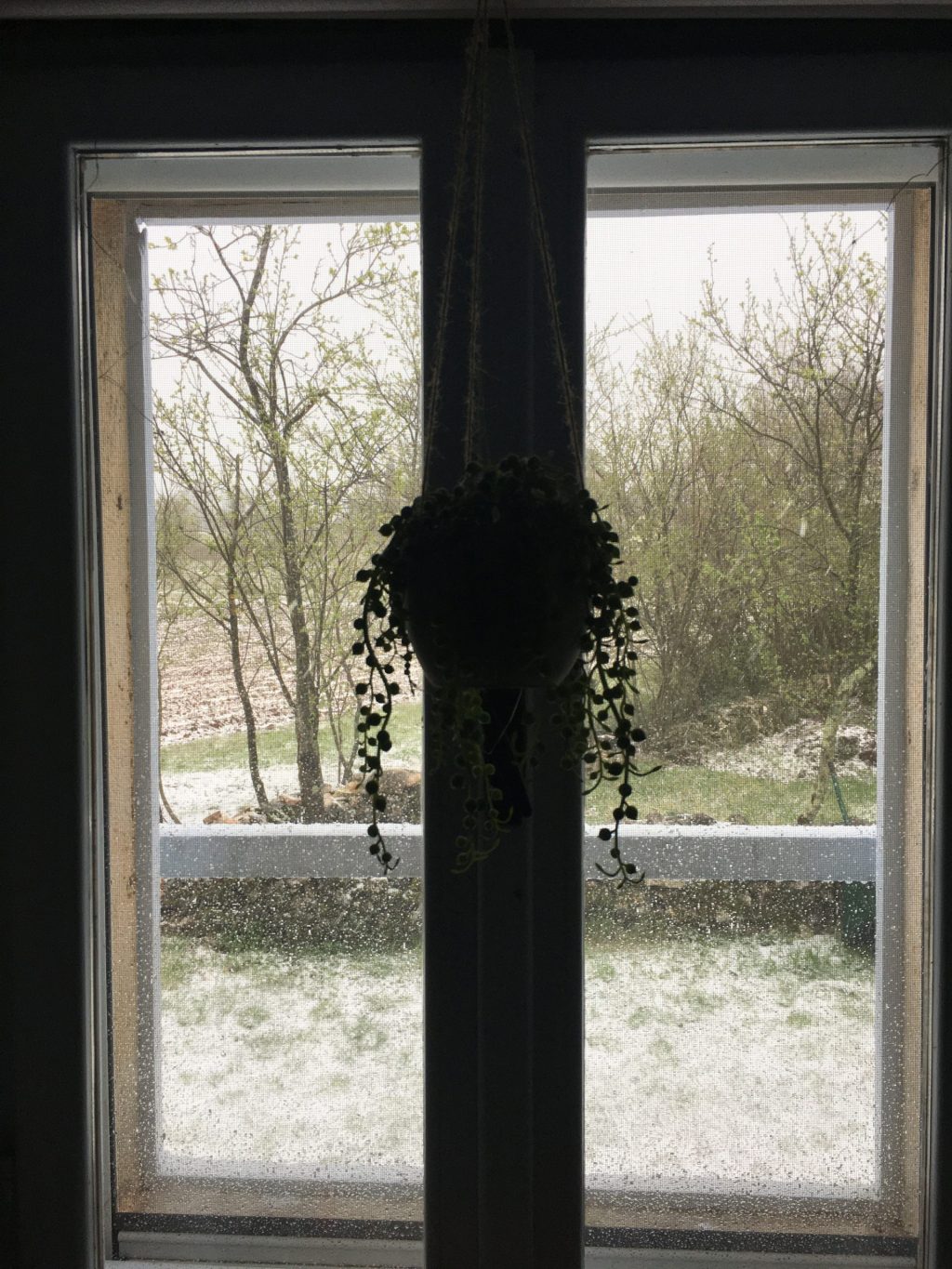 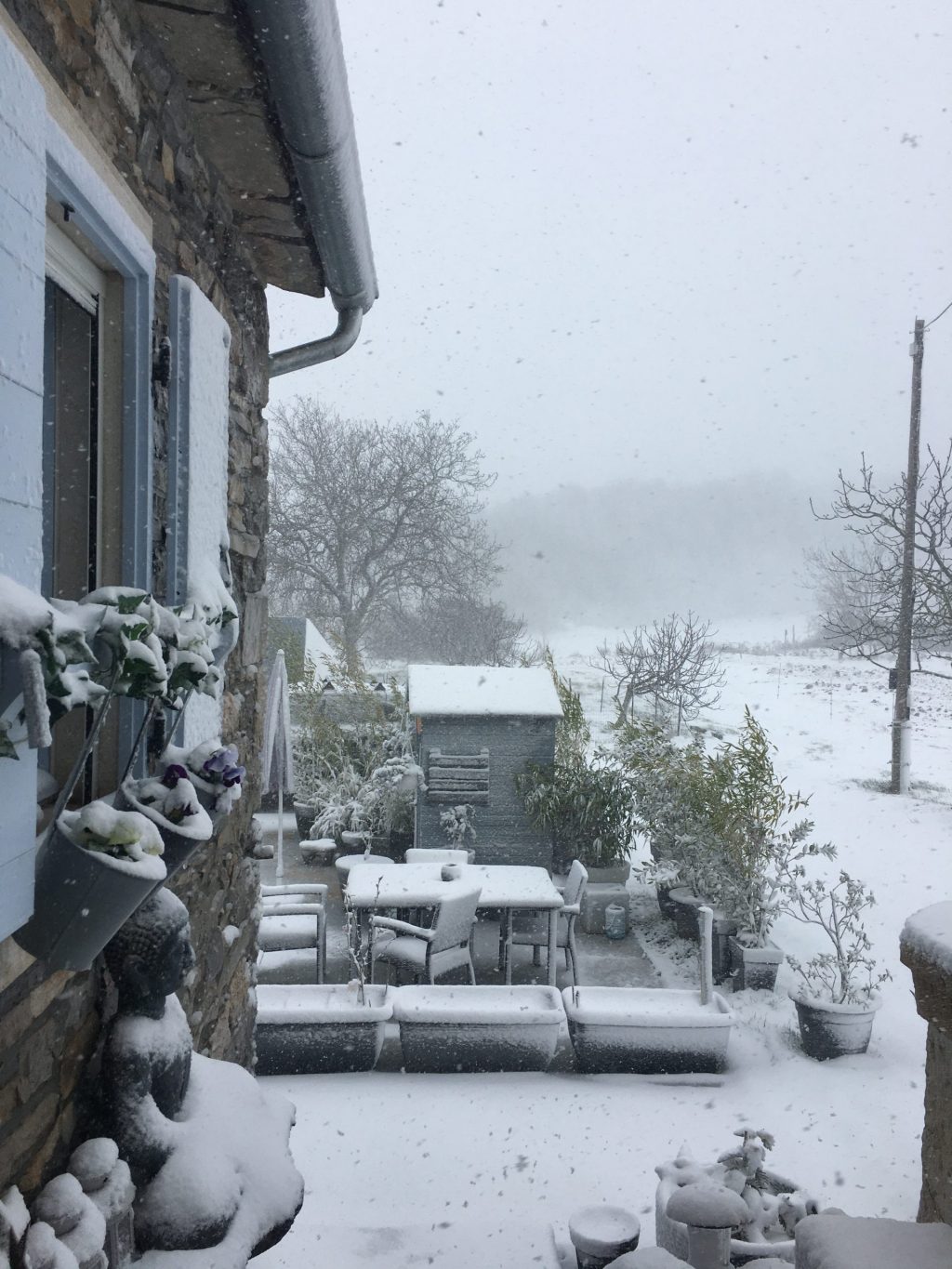 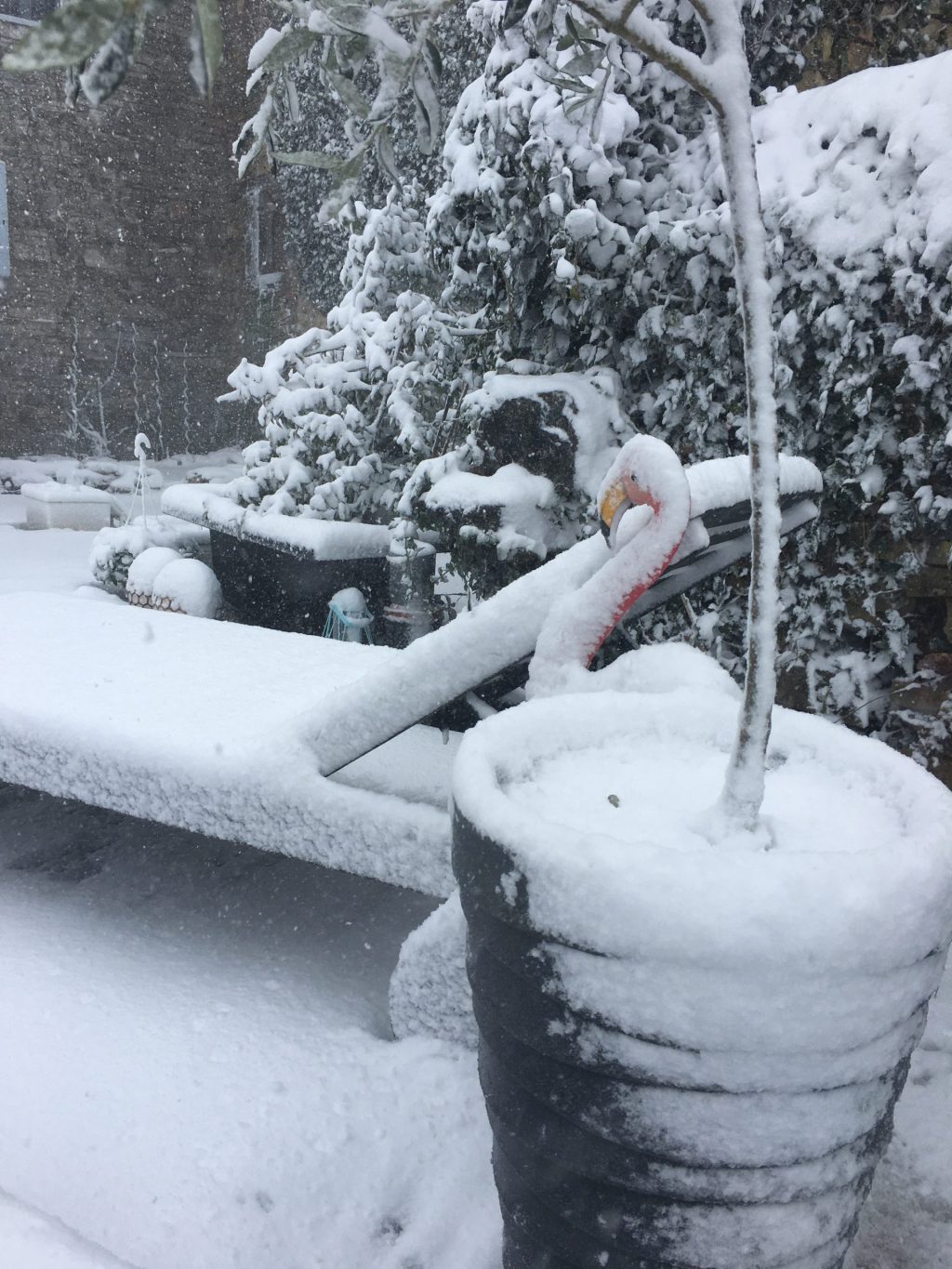 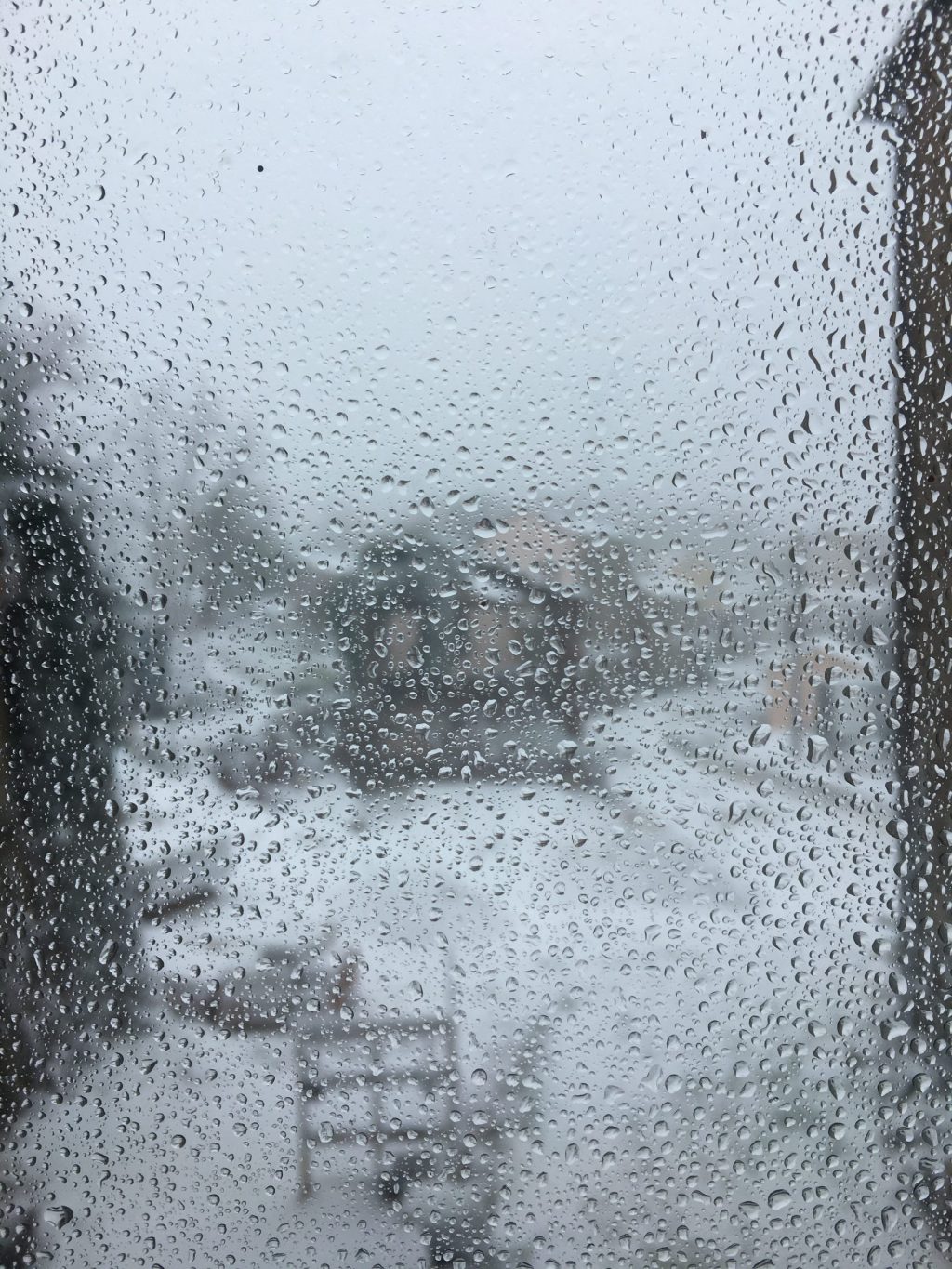 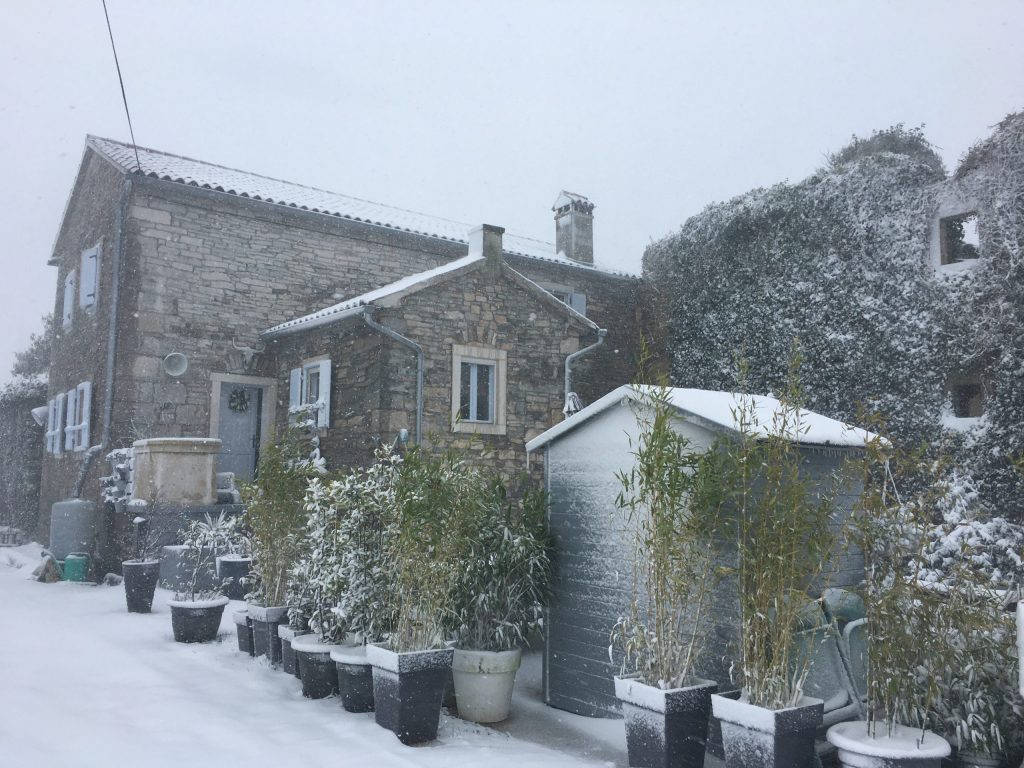 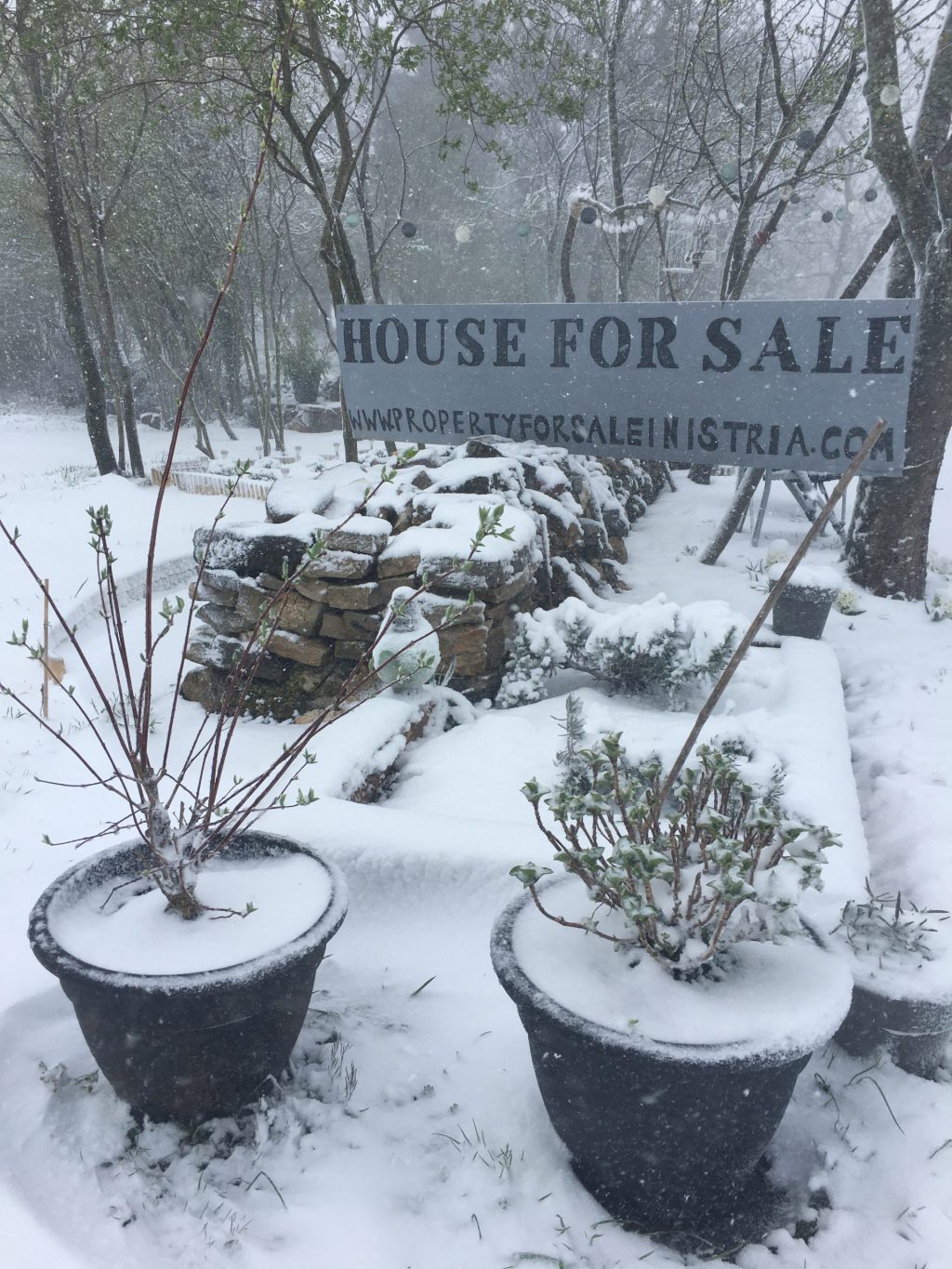 The snow fell consistently for about seven hours, with strong winds whipping the snow flurries up against the house. Thankfully, after doing a bit of deforestation earlier in the year, we still had a lot of wood for burning and so the woodburner was cranked up. Candles also had to be lit as it was dark, and we didn’t know how long it would take until the electricity was back to normal. This was the kind of day we were wishing for in the depths of January, but not in April!

Then, as quickly as the snowy weather had arrived, it changed. The light changed and things suddenly seemed brighter in the garden. 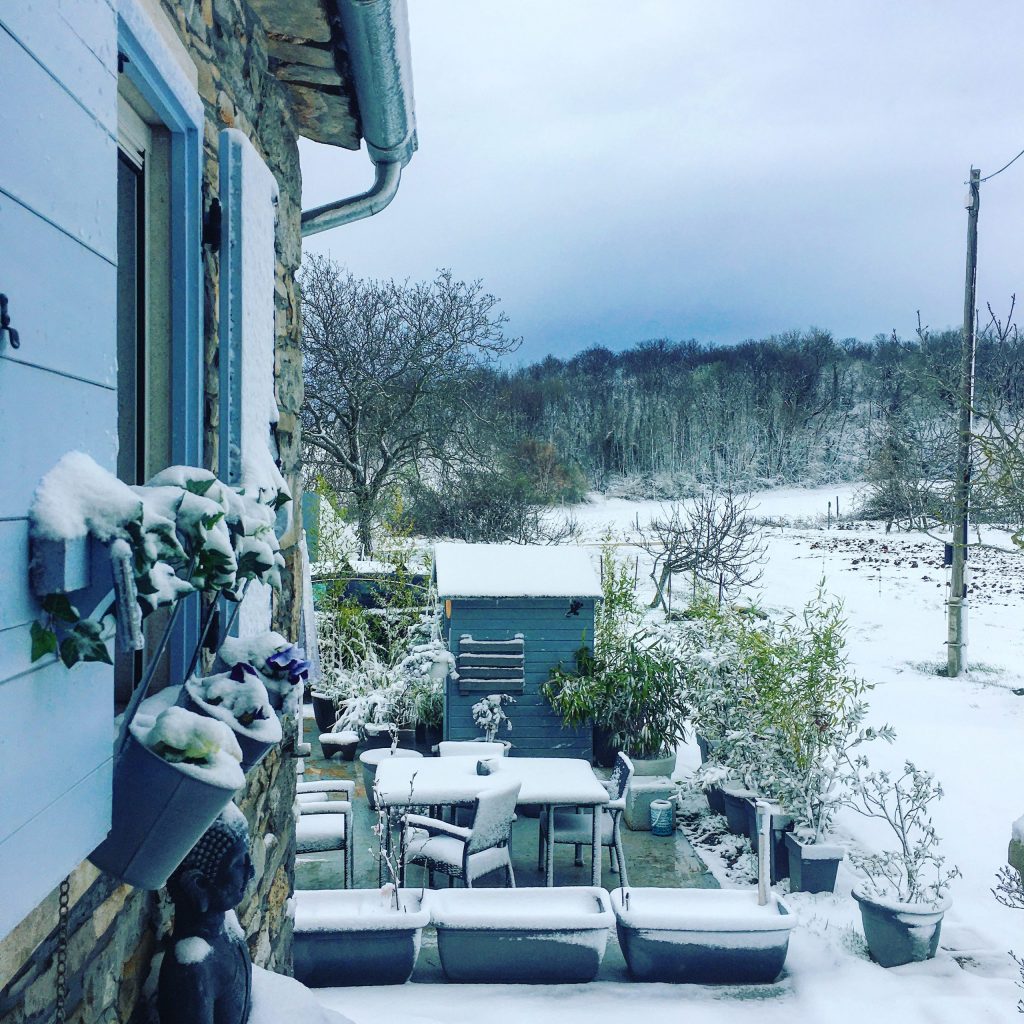 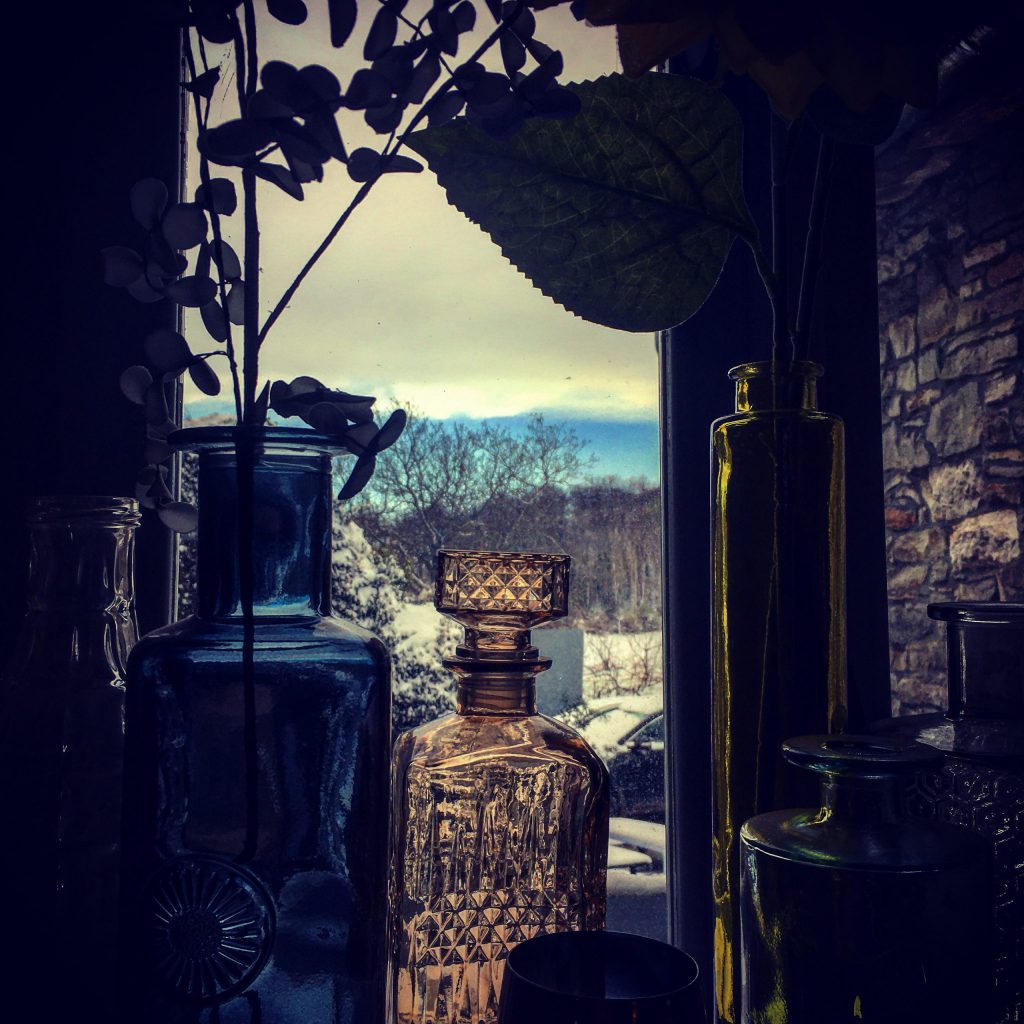 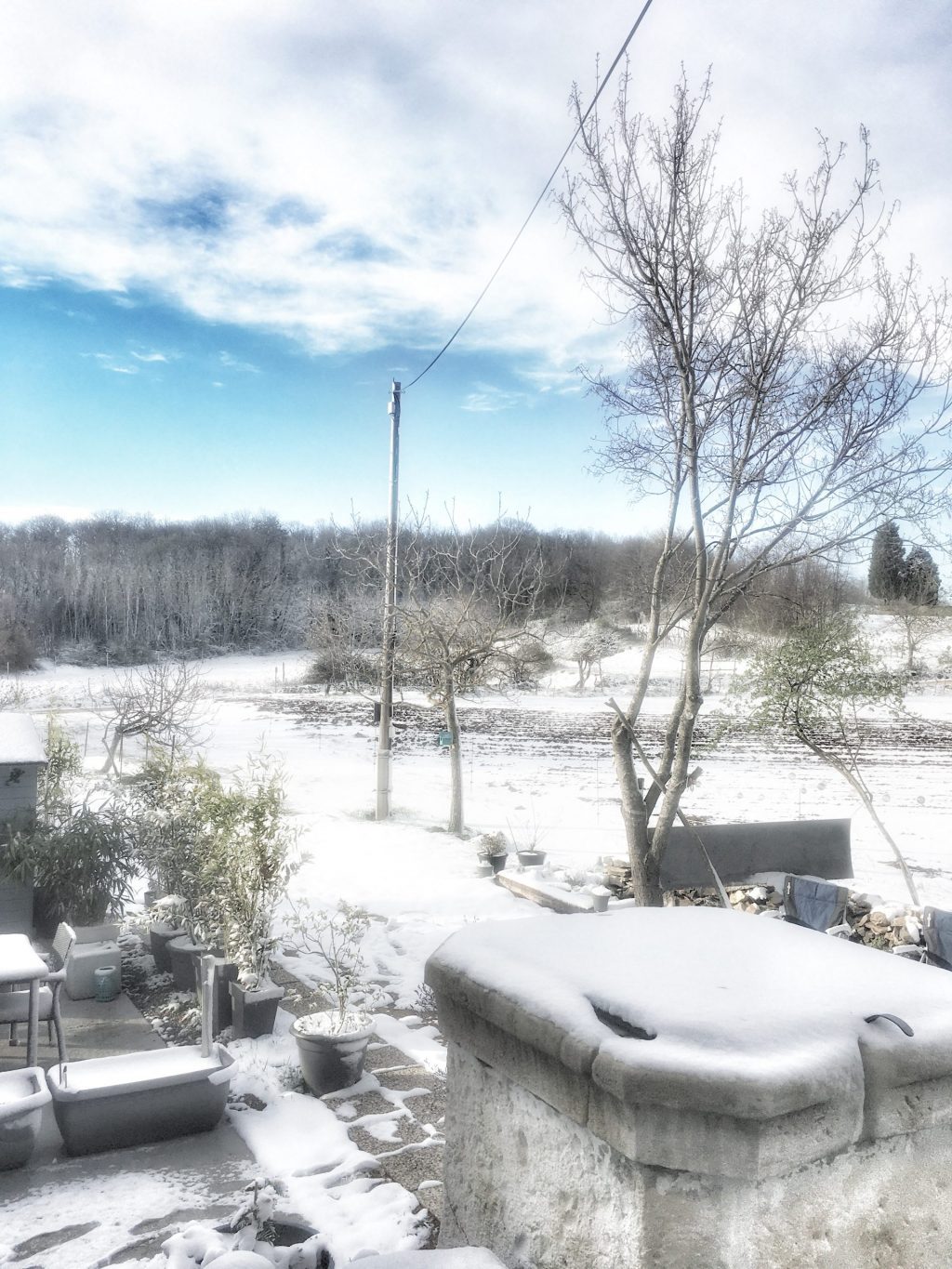 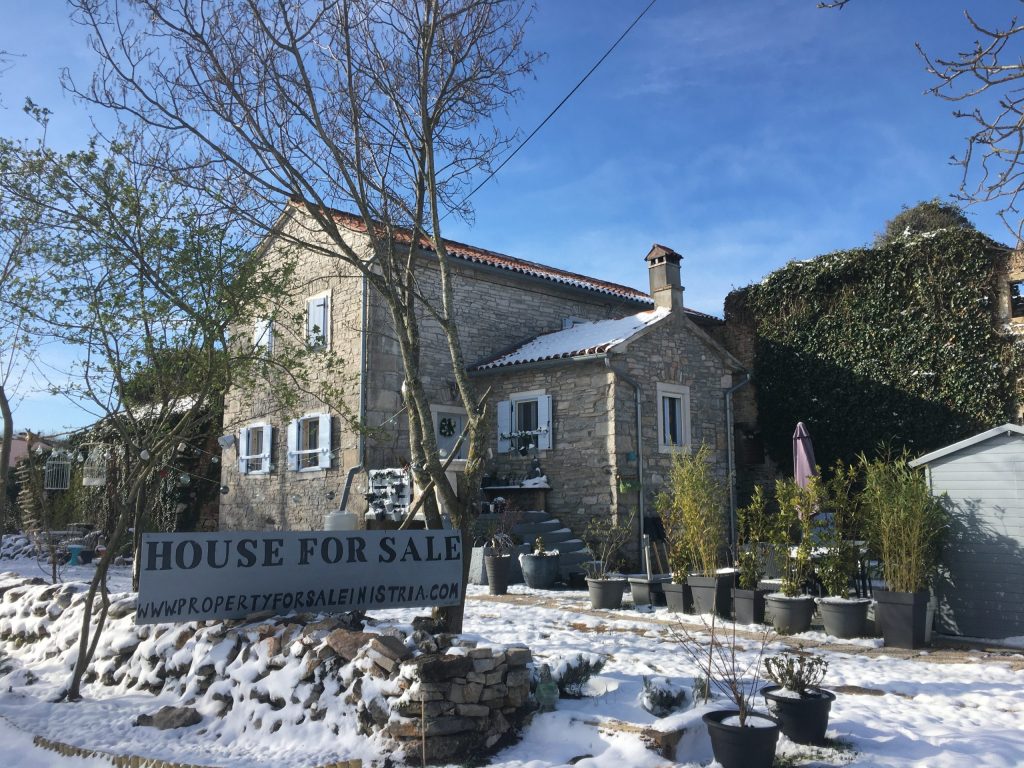 The snow has all but gone now and we think that’s the excitement over for this year. However, April being April, we know there will still be some weather surprises. Rain is due over the weekend, and one thing we think we do know now, is that when rain is forecast in this spring month, it’s generally not just a shower. We will have torrential downpours over the course of a few days – it’s what we now know nature does to kick start the explosion of green that happens at this time of year. So, it might be a week or so yet before we’re sunbathing on the renovated loungers or eating al fresco, but this crazy weather is a sign that winter is over and summer is around the corner. Not long until this will be the view from the house… 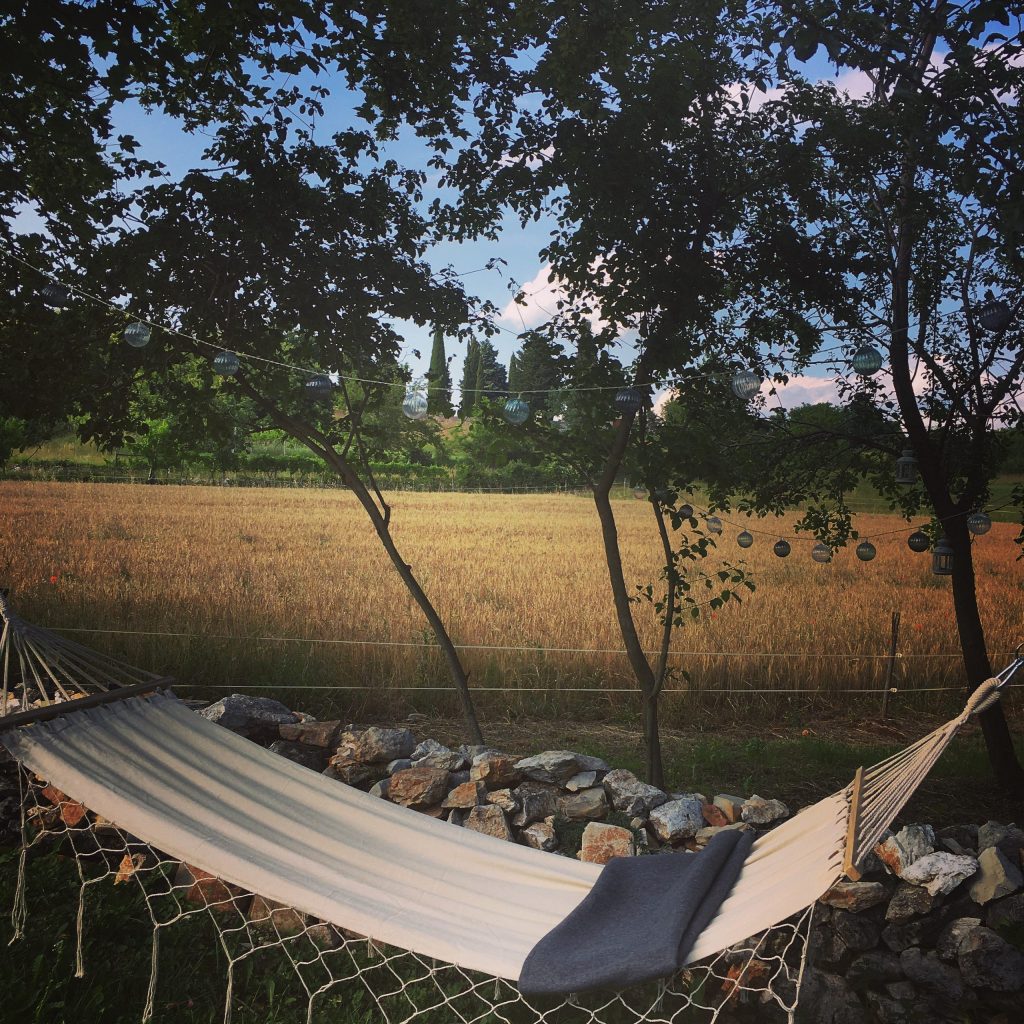 Our (full time) home is for sale, as we have found another property, very nearby, to renovate. If you would like to find out more, we have a very comprehensive website, as well as a dedicated Twitter account and Facebook page. The renovation part of this blog also details our journey from the day we moved into the house. No white-washing, no little white lies and cover-ups – it’s all there as we believe that if you making a big purchase like a house, especially if abroad, you need ALL of the facts, not just the gloss. If you have any questions, or want any further information, I’d be happy to answer anything via email – helen@escapetoistria.com